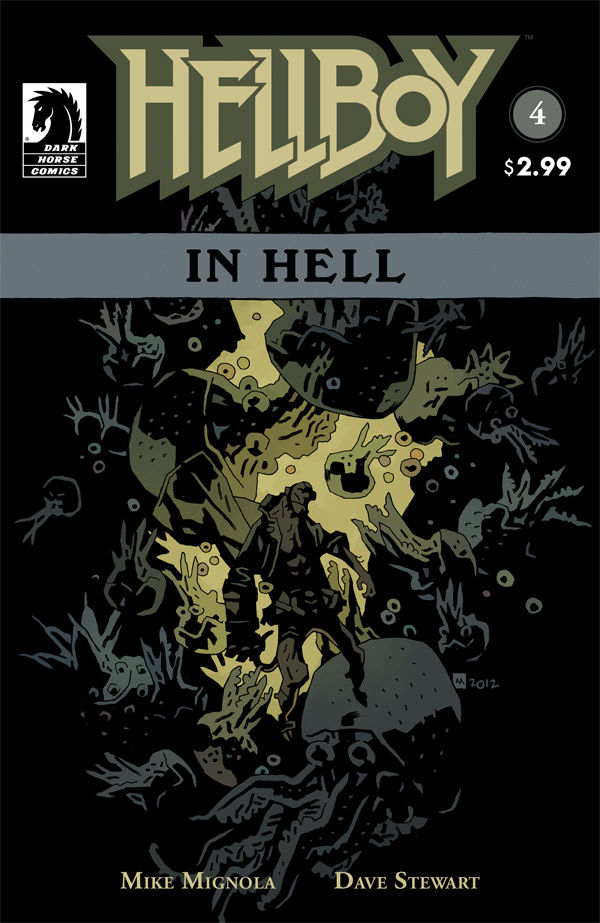 Welcome to Hell Notes. This time I’m looking at Hellboy in Hell #4. It will be the last Hellboy in Hell story for a little while as Mike Mignola’s a pretty busy guy, but this series is not over yet. Hellboy in Hell‘s an ongoing series, not a miniseries, so there are many more in the pipeline. OK, let’s get to it!

Please note, this column is only for those that have read the story being studied. It’s packed full of spoilers from start to finish. You have been warned. 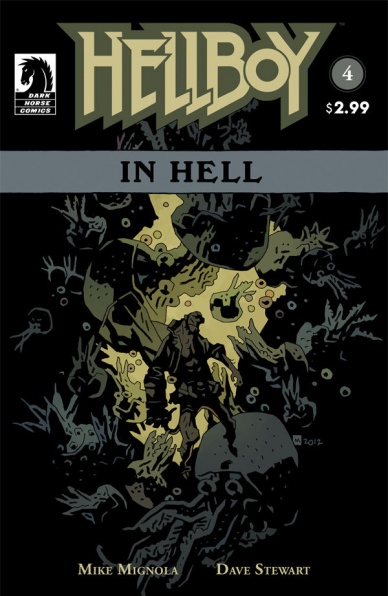 Page 5
Tales of the Silver Lantern Club was once mentioned as a story Mike Mignola was working on. It never eventuated, but it’s possible it may still happen someday. 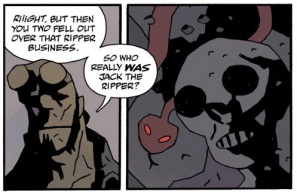 Panels 2-5: The Jack the Ripper story has been teased by Mike Mignola in several interviews. It is a story that will surely happen someday, but for now it remains a mystery.

Panel 7: The Heliopic Brotherhood of Ra is one of many secret societies in the Hellboy Universe. They are the ones that looked after the mummy, Panya, after she was awoken in the nineteenth century, until she was later kidnapped by the Oannes Society, a rival group. The Brotherhood has featured in both Witchfinder miniseries.

Page 9-11
All this Sir Edward stuff in Chicago brings much more weight to B.P.R.D. Hell on Earth story: The Abyss of Time. The sword, which was the centrepiece in that story, was first introduced in Witchfinder: In the Service of Angels, which also dealt with the Heliopic Brotherhood of Ra and the prophecies of Larzod. The details introduced here will likely be very important going forward, so pay attention.

Page 13
The image of torn flesh being sewn together has been shown before in a glimpse of Sir Edward’s future from In the Service of Angels.

Page 14
The girl he speaks of is Mary Wolf from In the Service of Angels. She acted as a medium for the spirit known as “Zora”. Zora warned Sir Edward that a phantom walked at his back, its face hidden from view, but across its brow a single word was written in fire, “Acheron”. 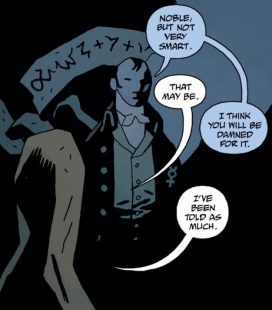 Page 19
This is not the first time Sir Edward has been warned about the suffering he will bring upon himself. In the second epilogue to Darkness Calls he is told, “It will be for you to find [Hellboy]. And you will. And true to his nature, he will both be your salvation and your destruction. Before you are finally allowed to die, you will suffer as few men have ever suffered. You will learn to do evil to accomplish good.”

And that’s all for another Hellboy Notes. Have any theories? I’d love to hear them. Feel free to comment below. See you next time. 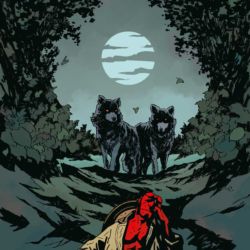 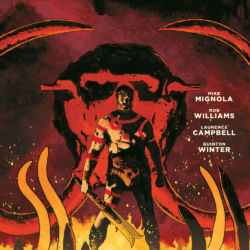 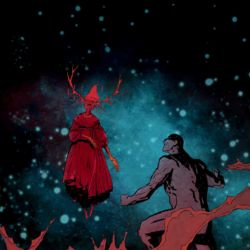