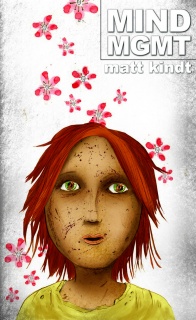 The cover
This month’s cover once again features Meru. She’s young this time, and her eyes reflect the violence in Zanzibar. The flowers falling around her feature skulls in the center of the petals.

Main story
Issue five ended with Meru trying to decide who she wanted to kill first, the immortals or Lyme. She makes her decision in the second panel, and the male immortal takes a bullet right in the eye. Nothing in Meru’s history hints at her being a sharp shooter. Either it was a lucky shot, Lyme was helping her, or there’s more to Meru’s story than we know so far.

As the female immortal kicks Meru into the water, Meru’s narration tells us she’s waking up and “can be [Lyme’s] equal. Not yet. But soon.” Is this boastful? Hopeful? I’m more inclined to think Meru was able to survive Lyme’s anger in Zanzibar because she has some latent talents of her own, which Lyme has been suppressing most of her life, along with her memories.

Thanks to Meru’s distraction (or maybe he didn’t need it), Lyme easily dispatches the immortals over the side of the boat. As they sink, a “nagging voice” tells Meru to let Lyme finish his story. As she does, she appears to Lyme as the truth-seeking warrior first seen in issue four, complete with sword. Lyme reveals the reason no one ever heard of the Zanzibar massacre: Mind MGMT covered it up with the help of the Ad Man and the Perrier twins from the Mind Memos in issues two and three. Lyme means to dismantle Mind Management with the help of Duncan, the futurist previously seen in Mind Memo one and the end of issue two. Duncan claims the president has already shut the program down, except for some immortals hunting Lyme, their last loose end.

In an effort to forget his past and avoid a repeat of Zanzibar, Lyme loses control of his powers. He tried to retire to Santa Teresa, Mexico, but caused the whole town to become obsessed with the rhino design from Zanzibar and to paint it on clay pots endlessly. The amnesia flight which kicked the whole series off looks to have been an accident. Lyme has been using Meru as an anchor to keep him sane, which makes Meru pretty angry. Lyme admits Meru should kill him, but points out he’s the only thing keeping the immortals (a splinter cell, he claims) from reactivating Mind MGMT.

When Lyme takes off his glasses, he reveals himself to be – he has one blue eye and one green eye. It’s not terribly rare, but Lyme’s eyes switch back and forth in which one is green. Is this part of his mind-wiping trick?

Meru leaves Bill in the old man’s shack, silently painting the familiar rhino pattern on a pot, as she goes to write down her whole adventure before she forgets it, as she now knows she will. Hoping to mail the script to herself as a failsafe, she returns home and sleeps. When she wakes up, the television reports the murders in the Santa Teresa, giving Meru an idea for a new book. As her agent blows her off, Duncan intercepts her mailman at the door and takes her package. Via phone call, Duncan tells Lyme he intercepted the delivery to protect Meru, not because he was helping Lyme. I didn’t notice during my first reading, but the panels on this page are smaller than normal, and are pasted over sketches which don’t match the events. While it’s near impossible to tell what’s being depicted, snipets look to be the events which would have occurred if Duncan had not intervened. Meanwhile, Lyme reflects on how Meru is changing as the immortals rise once more.

The Field Guide
This month’s guide is a change from the previous installments. The text parallels the main story less often, and the messages to Meru are gone. Instead, it’s presented as a long form message about the Guide itself. Aside from one old print copy which may still exist, the text we’ve been given is actually on the NetherNet, which appears to be a mix of a neural network and hidden messages on billboards and such. Agents are able to tap into it when necessary, and sometimes unconsciously. Is this what Meru was doing in the first few issues? This idea fits with someone trying to contact Meru through it in the previous issues. The question remains though: who was it?

Toward the end, the text claims the guide cannot be translated to a written document. Guide 6.17 on is aimed directly at Meru, telling her she can’t solve this mystery alone. Whoever’s talking wants her to break the cycle, and the only to do so is to remember the entire guide.

Mind Memo
Rico Stane is the Sniper, a visualization specialist who can make impossible shots. He was sent to kill Lyme, but failed because Lyme made a cat jump in the way of the bullet.

So far, most of the characters introduced in the Mind Memos have appeared, to some degree, in the main story. Stane looks to be a character who will bring action along with him.

The Second Floor
This month’s Second Floor begins normally. For this book, anyway. It looks at an attempt to incorporate magic in the company in the 1970s. It describes a catastrophe in 1976 which included the loss of the east wing of the Mind MGMT headquarters. The rest of the short story is interrupted with more messages to Meru, warning her about a woman (have we seen her before?) and not to trust Lyme.

The letter column
Nothing story related here. Just wanted to say I really, really liked the fan art sent in by Andy Yates.

Back cover
A delicious looking beverage called “BE iT” urges you to remember who you are. The text is directed at Meru, urging her to break the cycle. For added effect, the letter M, E, R, and U are highlighted to get her attention. It also tells the reader how to locate the secret code, if they hadn’t already unlocked it.

Online bonus features
As promised, the code from the back covers (3477) unlocks the site. There are three bonus features to be found there: A pdf of Kindt’s process, a video commentary on the first issue, and an unused promotional video. These are all exciting extras with something to interest anyone reading the book. The .pdf includes an original pin-up which has four hidden messages inside. I’ve only been able to locate three: Live, Die, and Free. If you’ve found the other, please let me know in the comments! 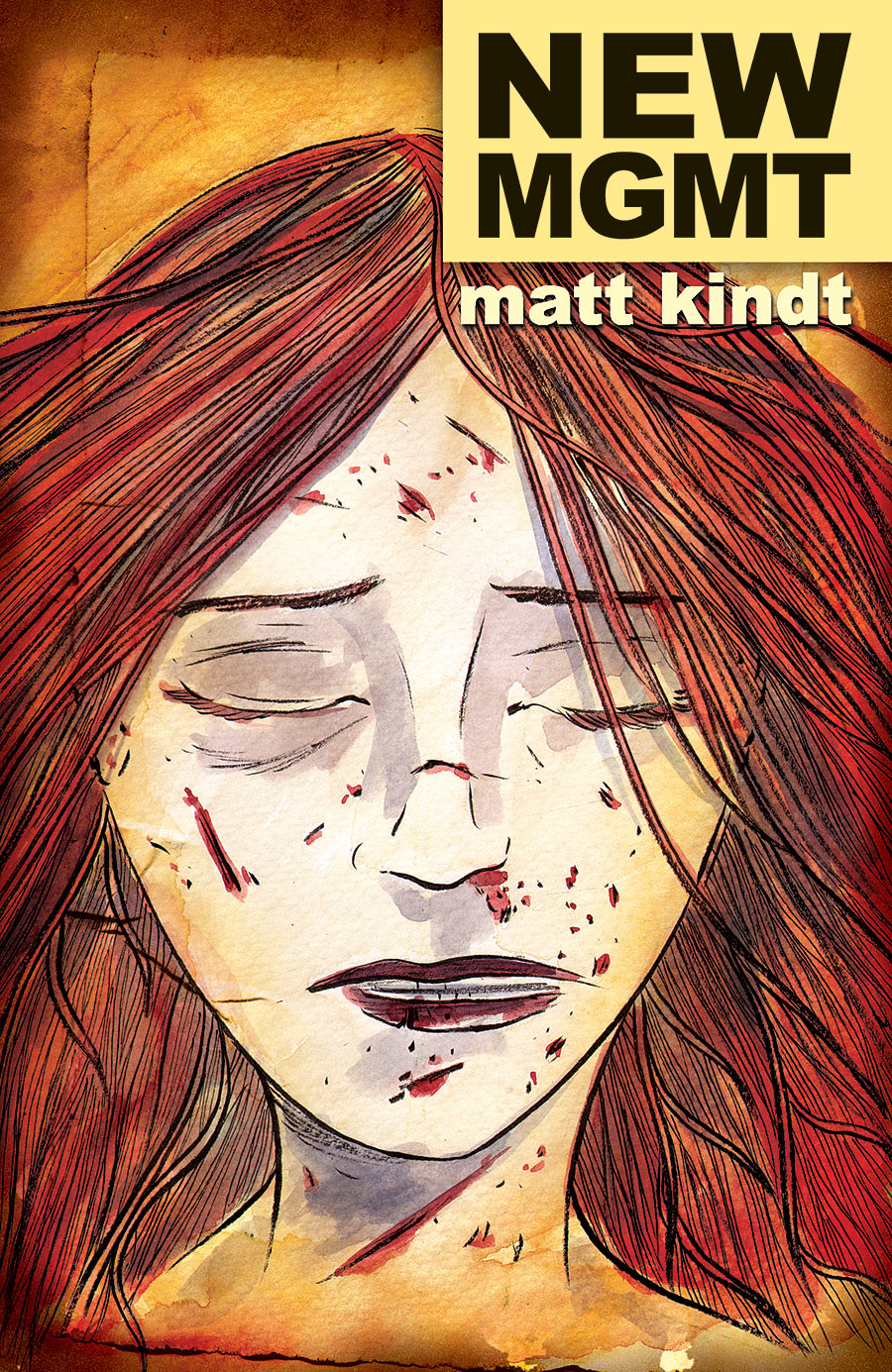 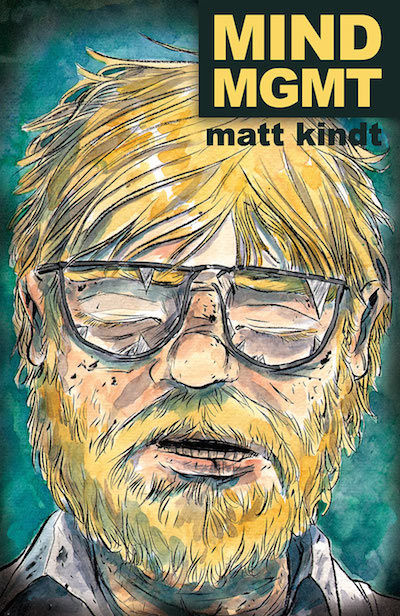 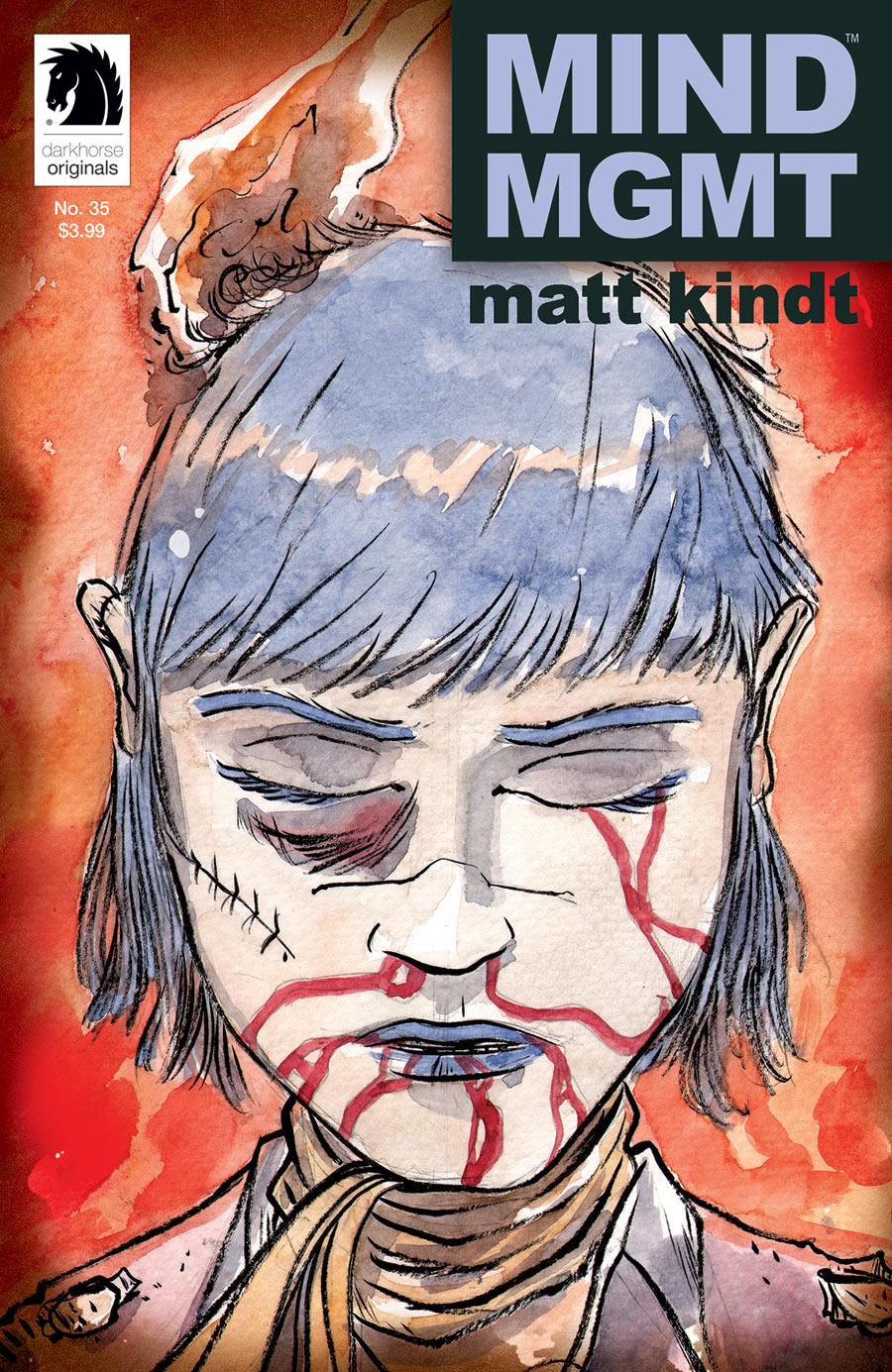