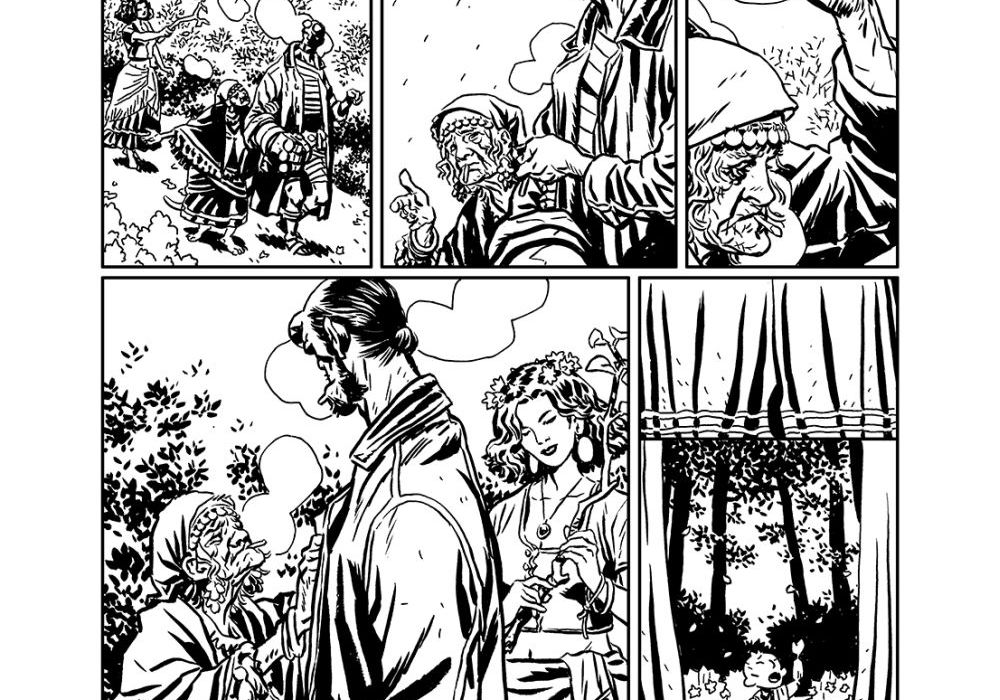 Tomorrow sees the release of “Hellboy and the B.P.R.D.: The Beast of Vargu,” a new one shot by the iconic duo of Mike Mignola and Duncan Fegredo. Fegredo is one of the iconic Hellboy artists, and his return to the character is always a cause for celebration. However, we have even more reason to celebrate today, as we get to see the complete process of four pages from ‘The Secret God of the Roma,’ one of the stories from within the one-shot, from his layouts all the way to the final pages. Here is what Duncan had to say about the art:

After breaking down Mike’s plot into panels and pages I set about sketching the panel layouts. Being a puppet play within a story I felt free to play with the storytelling in ways I would not normally do so. For example, the final page with the snakes breaking through from one panel to the next.. I think the only major change was to the last panel, Mike requested that Hellboy should be close to the other characters. Much better. 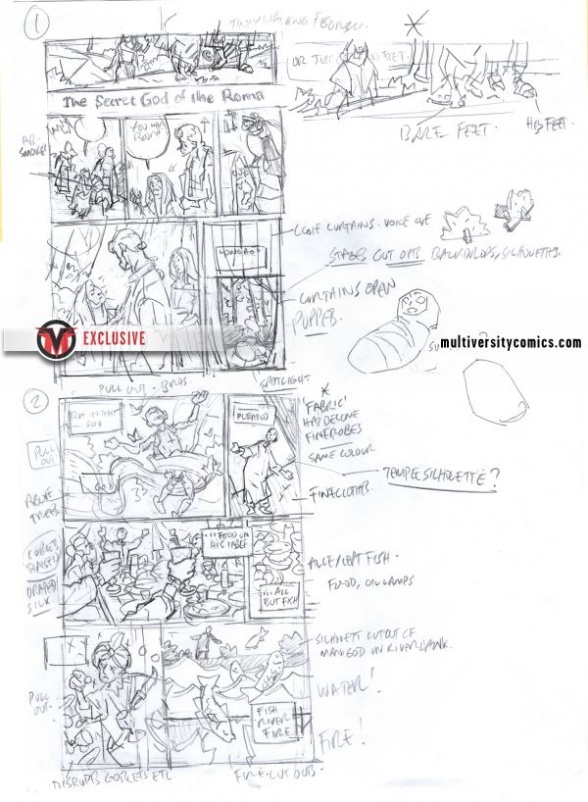 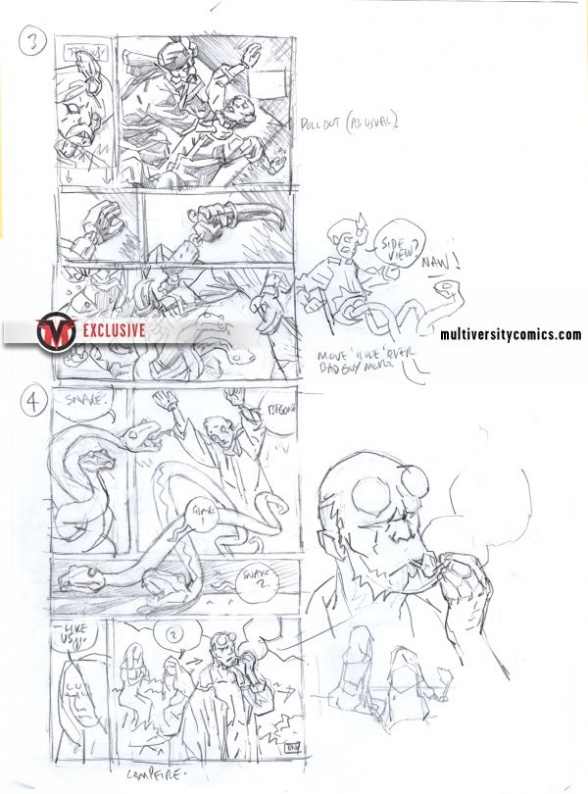 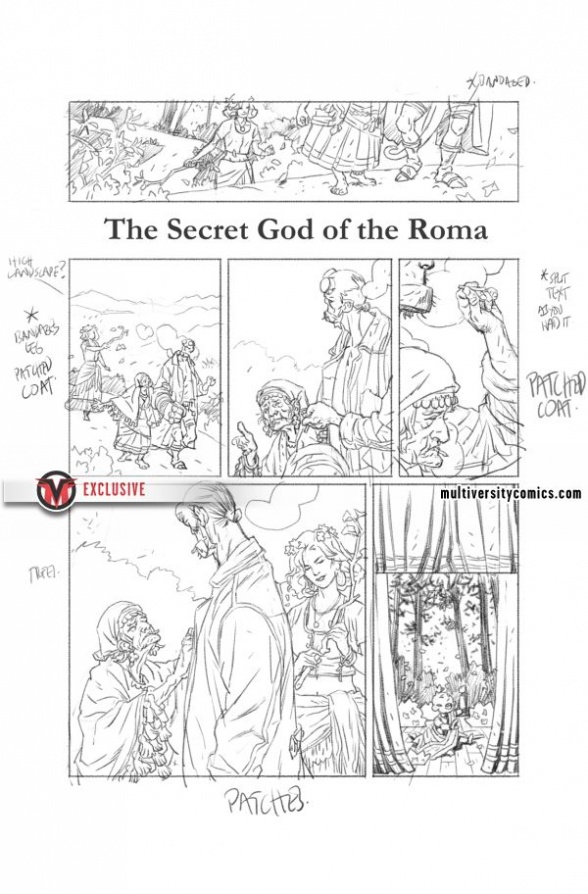 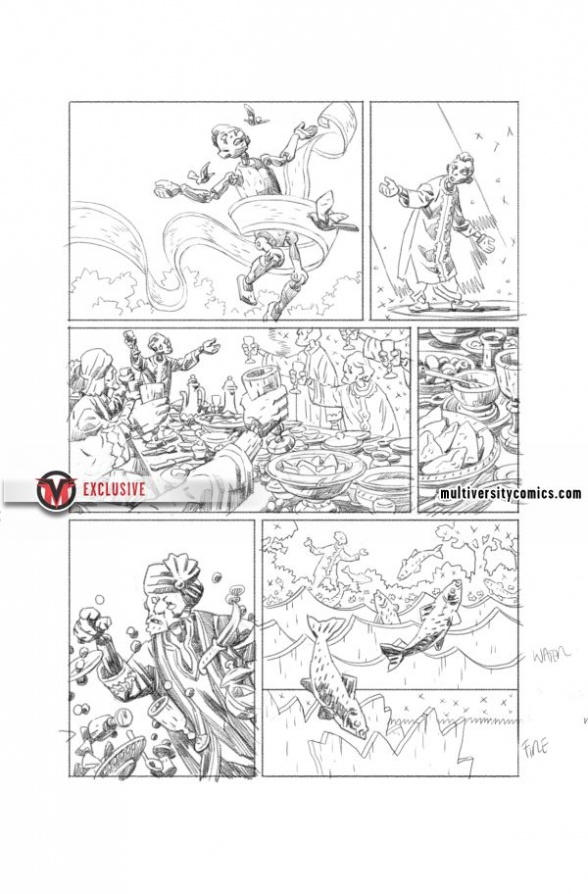 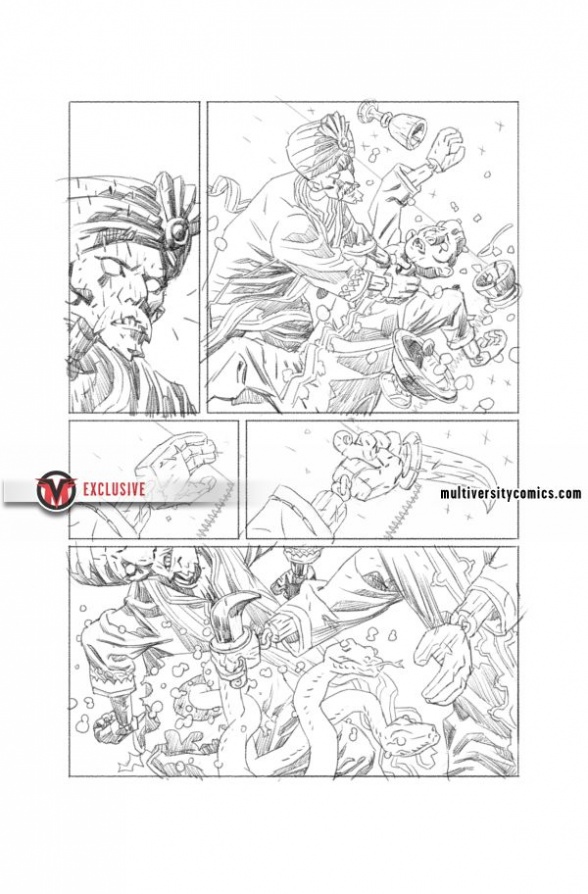 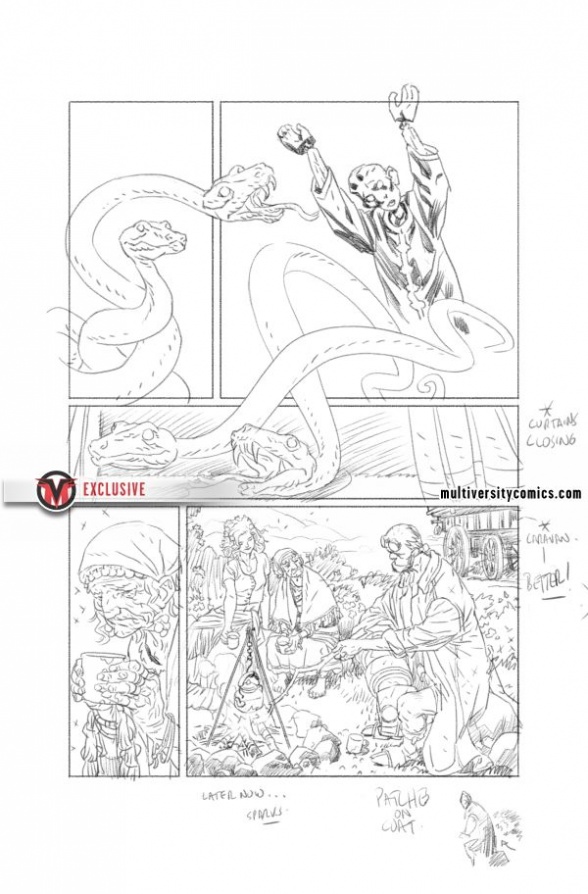 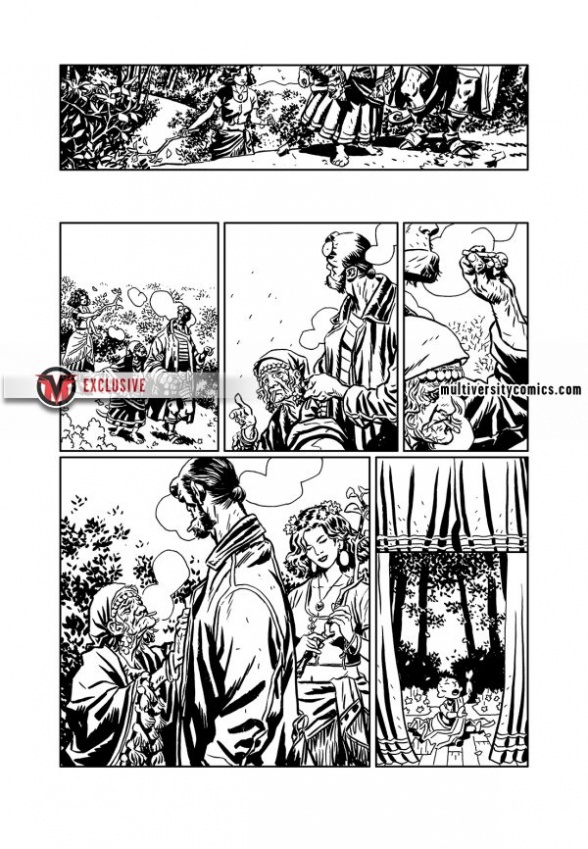 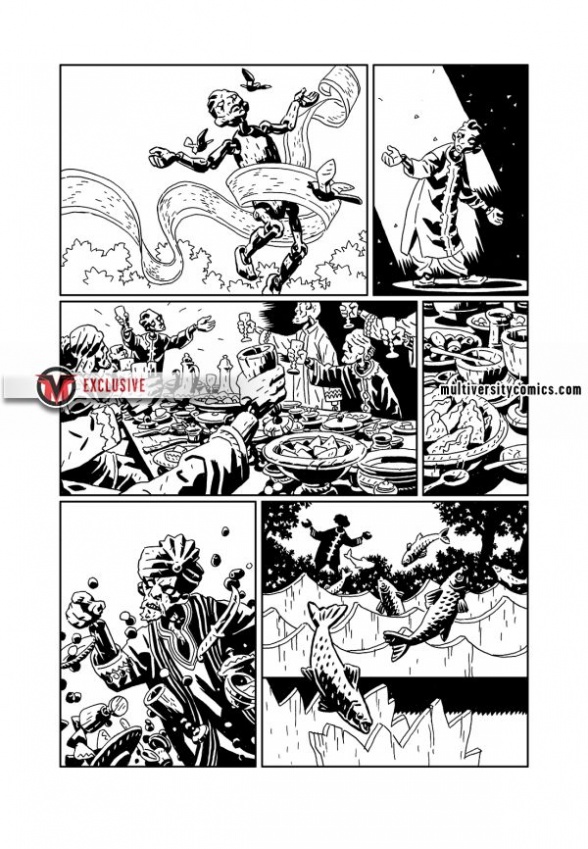 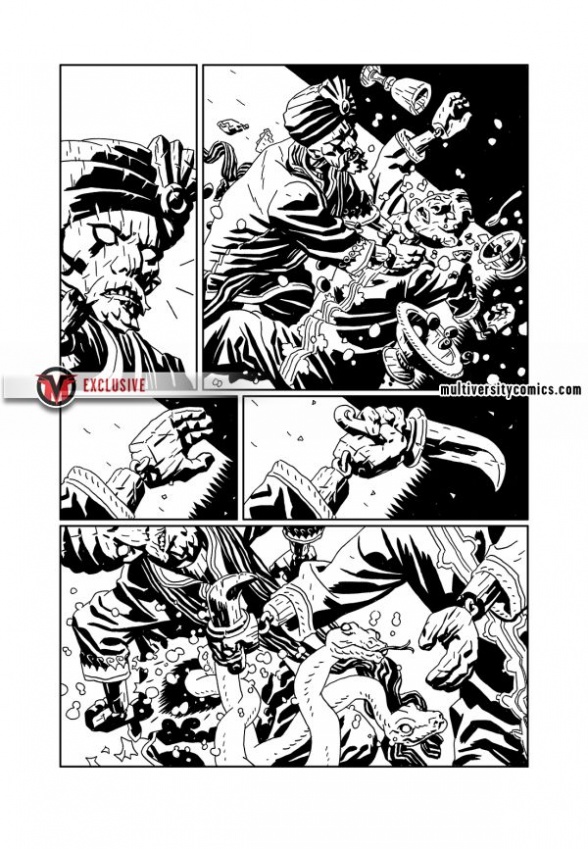 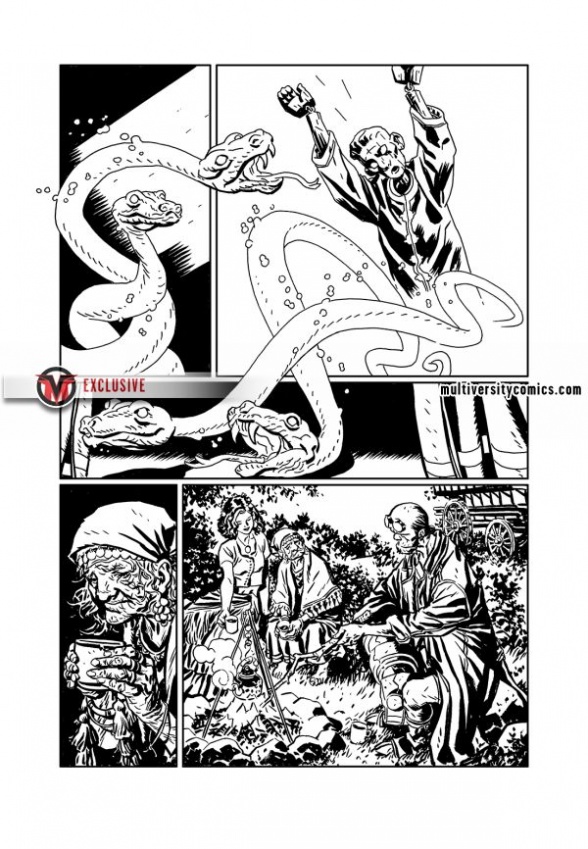 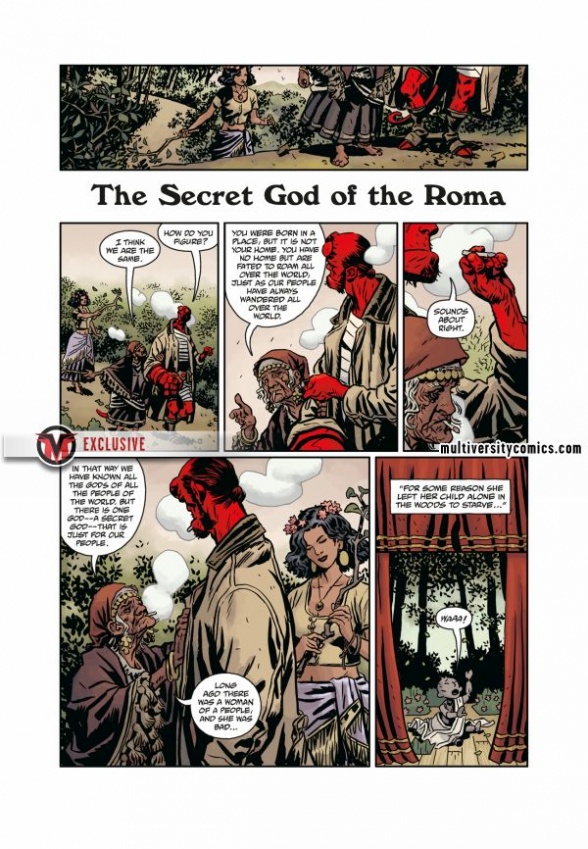 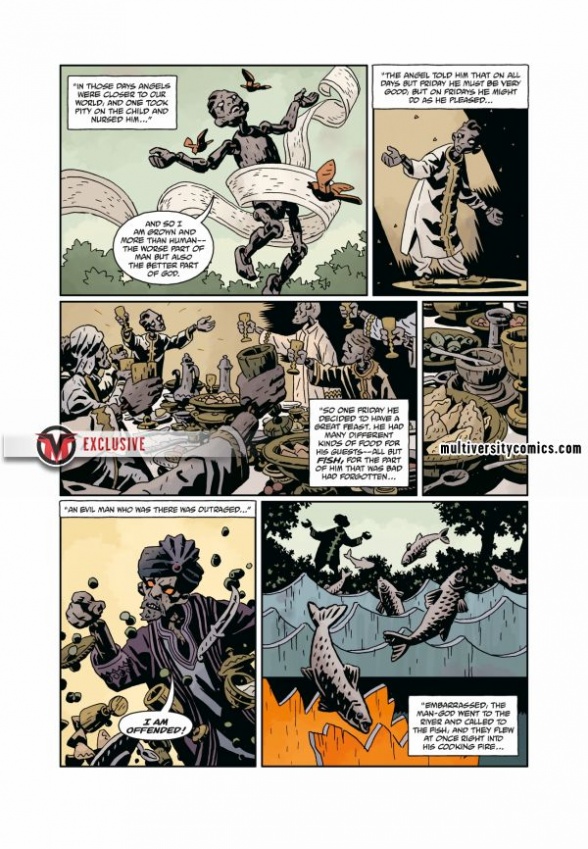 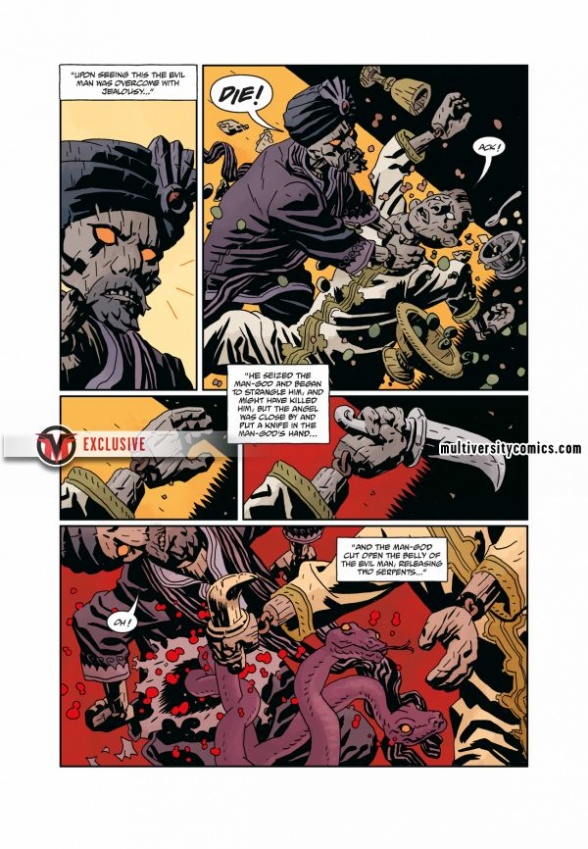 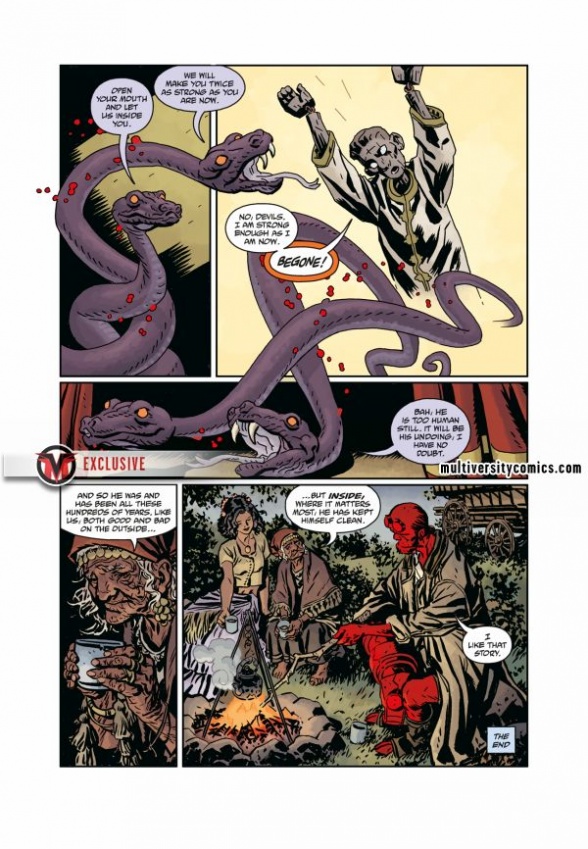 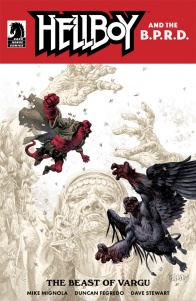 This first issue in a new era of Hellboy and the B.P.R.D. sees Mignola and Fegredo send Hellboy to Romania for a pair of tales set in a small village with a centuries-old curse and a man-eating monster which culminate in a sinister puppet show and a demigod’s ill-fated dinner. 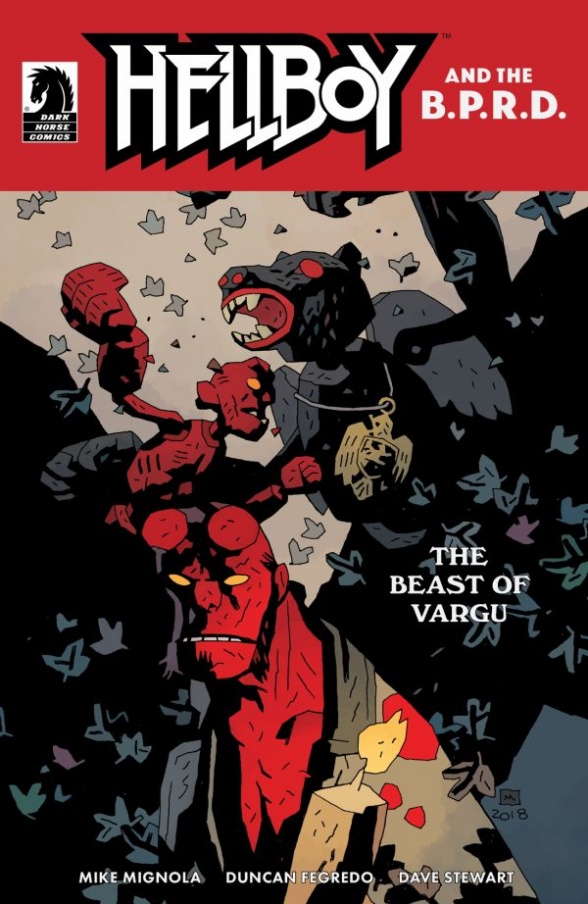 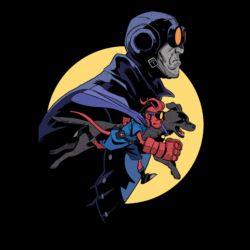 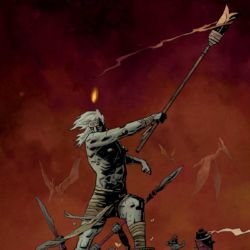