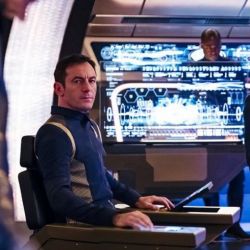 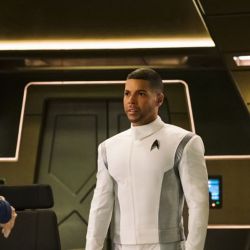 I’ve been trying real hard for 5 weeks to find the good, the hope, in Star Trek: Discovery. The positivity and the hope are what give the franchise its heart. Even the movie reboots lean more towards the positive and the hopeful. The most recent episode of Discovery, “Choose Your Pain,” did just the opposite. […] 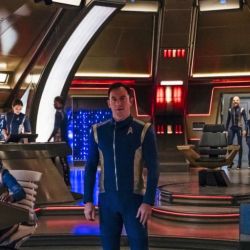 Five Thoughts on Star Trek: Discovery‘s “The Butcher’s Knife Cares Not For the Lamb’s Cry”

I was lucky enough to attend New York Comic Con this past weekend, and was even luckier to attend the Star Trek: Discovery panel. Major takeaways: speaking Klingon is NO JOKE. There is a Klingon expert on set and Mary Chieffo, the actress that plays L’Rell, spoke some Klingon for us from the stage. In […] 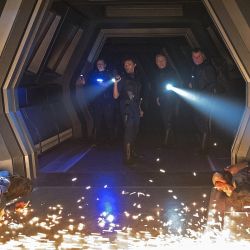 Five Thoughts on Star Trek Discovery‘s “Context is for Kings”

“Context is for Kings,” the third episode of Discovery, seems almost like an episode of an entirely new show. Six months have passed, and it feels like the passage of time has affected not only the characters, but us, the viewers. Here are some thoughts on what has gone on since Michael Burnham was sentenced […] 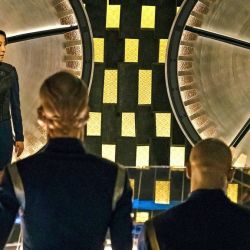 I’m no math expert; I teach high school English, so while I may not use the term binary often, I do frequently discuss the idea of duality with my students. The second episode of Discovery is chock full of contrasts. Duality is an idea we have been consumed with as human beings since, well, since […] 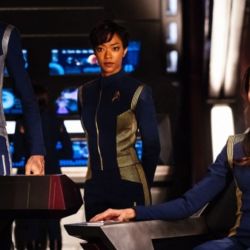 Being a Star Trek fan can be frustrating, but a new series is finally here after zero delays and no controversy whatsoever. I have a number of jumbled thoughts about the first episode. Here they are: 1. Klingons, Klingons, Klingons One of my favorite species: Klingons. They are expressive, badass, and honorable to a fault. […]