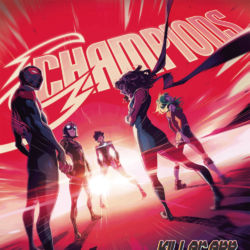 Last month’s issue of “Champions” saw the end of ‘Outlawed,’ and a tantalizing tease for writer Danny Lore and artist Luciano Vecchio’s first arc, which saw Miles Morales and Sam Alexander becoming interns for the evil Roxxon Corporation. We are proud to present an exclusive four-page preview of their first full issue, due out next […] 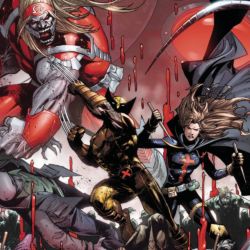 Early on in Benjamin Percy’s “Wolverine” run, the veteran hero had his blood stolen by the minions of Dracula, who utilized its accelerated healing factor to enable himself to withstand sunlight. Now free from any distractions like ‘X of Swords,’ the short, short-tempered X-Man is finally ready to go to war with the Vampire Nation, […] 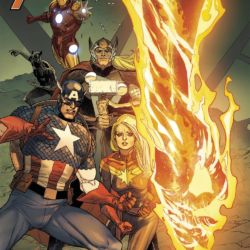 Jason Aaron’s “Avengers” run has been full of back-to-back epic stories since it began in 2018, from ‘The Final Host’ and ‘War of the Realms,’ to ‘The Age of Khonshu,’ and now ‘Enter the Phoenix,’ which has seen the infamous Phoenix Force imbue the Avengers with its powers to fight among themselves, and determine its […] 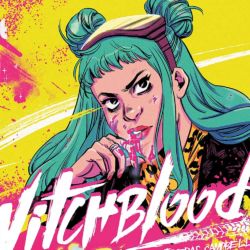 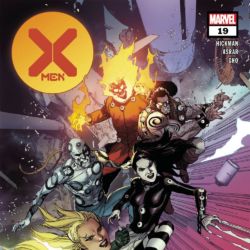 One of the most mysterious plot threads in Jonathan Hickman’s “X-Men” run has been the Vault in Ecuador, a temporal anomaly where thousands of years pass while the outside world runs normally. Home to the Children of the Vault, a mutant-like group that were created by a similar scientific experiment to speed up evolution, the […] 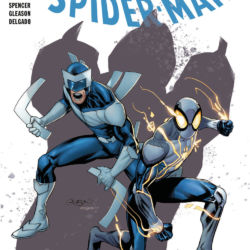 It’s often joked Spider-Man was the first social media influencer, since he’d support himself by selling selfies to J. Jonah Jameson: now he’s graduated to video streamer, courtesy of a new suit from Jameson and Norah Winters, that allows fans to see the world through his visors. But Spidey’s got more to be concerned about, […] 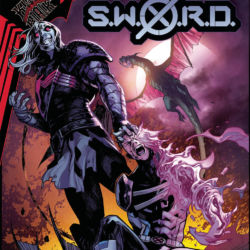 S.W.O.R.D. has been the center of much attention lately, after making its debut in the Marvel Cinematic Universe on WandaVision, although the on screen and print versions of the organization differ greatly: on paper, the S.W. stands for Sentient World, rather than Sentient Weapon, and now the group is affiliated with the mutants of Krakoa, […] 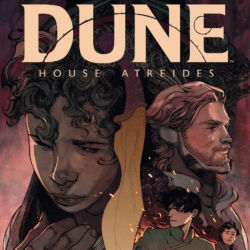 Dune is one of the most celebrated science fiction titles of all time, and 2020 was supposed to be the year that a new film adaptation, at least of the first half of the novel, hit the big screen. Despite that film’s delay until October 2021, the comic adaptation of one of its prequel novels, […] 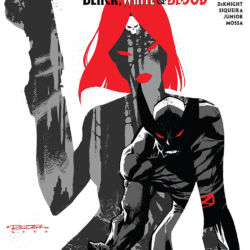 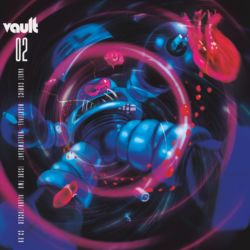 Earlier this year, we shared an exclusive preview of “Hollow Heart” #1, a new series from Vault Comics by Paul Allor and Paul Tucker. Our own Christopher Egan reviewed the first issue, saying it was “bound to be someone’s favorite comic.” So, to say that we are high on the series is a bit of […] 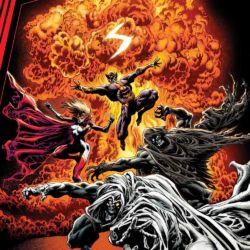 2021 has barely begun, but it’s already the end of the road for the all-new Thunderbolts, with the release of the third and final issue of “King in Black: Thunderbolts” #3 next week. We are pleased an exclusive preview of the comic, which sees Taskmaster, Star, Batroc the Leaper, Mister Fear, Mister Hyde, and more, […] 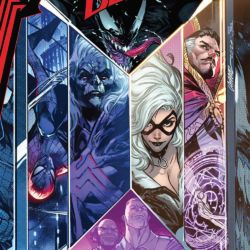 Longtime Spider-Man frenemy Black Cat’s first ongoing series had a lot of fun sending Felicia Hardy to the various distinct corners of the Marvel Universe, and the recently relaunched book’s ‘King in Black’ tie-in is no different: we are pleased to present an exclusive preview of next week’s issue, where the feline thief, having rescued […] 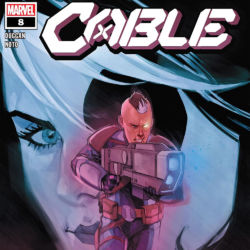 A few years ago, when Marvel was returning to the original five X-Men to their own time period in the “Extermination” miniseries, Cable was killed by his younger counterpart. That version of Nathan Summers has undergone a redemption arc, and is the star of the current “Cable” series by Gerry Duggan and Phil Noto. We […] 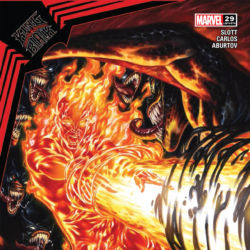 A long time ago, the Fantastic Four played a small but pivotal role in the origin story of Venom, helping Spider-Man discover his alien costume was alive, but vulnerable to intense heat and sound. Now, next week’s “Fantastic Four” #29 will see Marvel’s First Family entering the fray against Knull, the god of the symbiotes […] 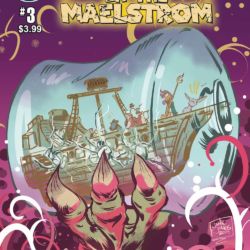 Exclusive Preview: “Miranda in the Maelstrom” #3

In case the name of our site wasn’t clear enough, we are big fans of stories that take us through the multiverse. “Miranda in the Maelstrom” from Action Lab is not just a multiversal adventure tale, but also one that switches artists for each issue, representing a shift in universes. It’s a fun idea, made […] 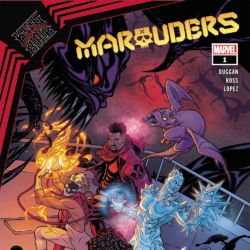 One of many surprises in the X-Men’s Krakoan era has been the transformation of Kitty Pryde to Kate Pryde, the pirate Red Queen of the Hellfire Trading Company, in Gerry Duggan and co.’s “Marauders” series. This being the Marvel Universe, there’s even more outlandishness going on, like the ‘King in Black’ event, and it’s appropriate […] 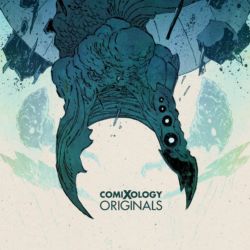 Last month, in “40 Seconds” #3, writer Jeremy Haun (“The Beauty,” “Wolf Moon”) and artist Christopher Mitten (“B.P.R.D., “The Umbral”) debuted Qi. In case you haven’t encountered Qi yet…well, you just need to see it. Grogu eat your heart out. Anyway, there’s a lot more to this series than just Qi. Ahead of January 26th […] 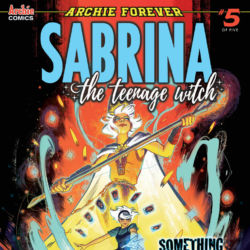 Next month, one of the most intriguing, not to mention spookiest, comics under the ‘Archie Forever’ heading, “Sabrina: Something Wicked,” comes to a close with its fifth issue. The series, by Kelly Thompson, Veronica Fish, Andy Fish, and Jack Morelli, is wrapping up just as its sister television series, The Chilling Adventures of Sabrina, released […] 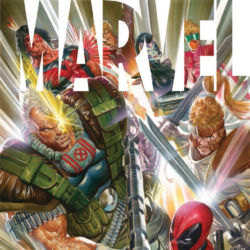 Alex Ross’s new anthology series, simply titled “Marvel,” enters its second half next week, and we are pleased to present an exclusive preview of all the stories contained inside, from an unexpected appearance by the original Ghost Rider (or Phantom Rider) in Daniel Acuña’s story, to a two-page sneak peek at Hilary Barta and Doug […] 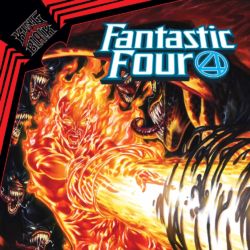 The Fantastic Four must’ve barely had time to grab a turkey sandwich after the Cotati invasion and Kree-Skrull intrigue of ‘Empyre,’ when Knull the symbiote god launched his invasion of Earth in ‘King in Black.’ We are pleased to present an exclusive, unlettered preview of next month’s “Fantastic Four” #29, which will be the first […] 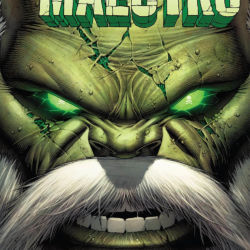 Peter David, Germán Peralta and Dale Keown’s “Maestro” miniseries concluded last week, but David is already back, with artist Javier Pina, to continue chronicling the rise to power of the evil future Hulk. We are pleased to present an exclusive preview of “Maestro: War and Pax” #1, out next week. Written by Peter David Art […]