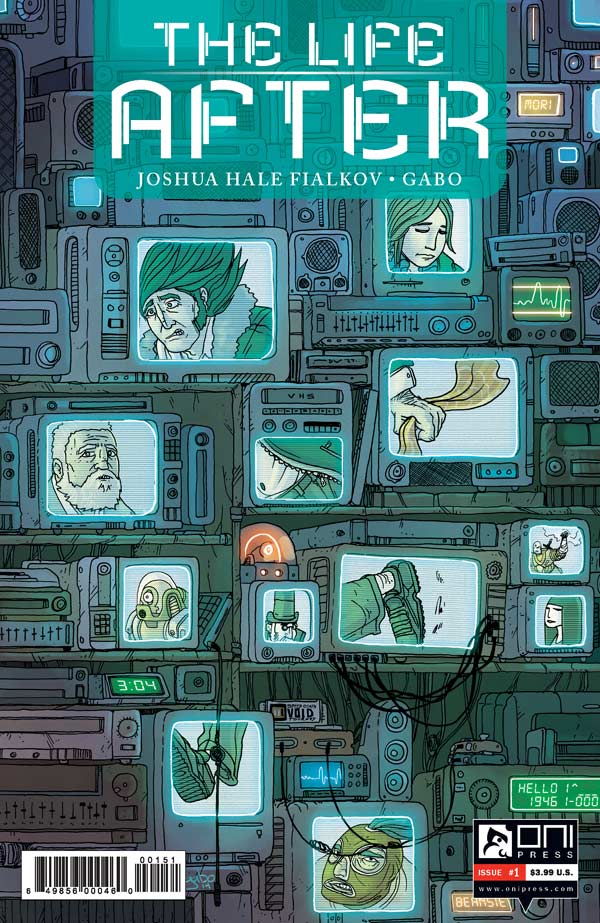 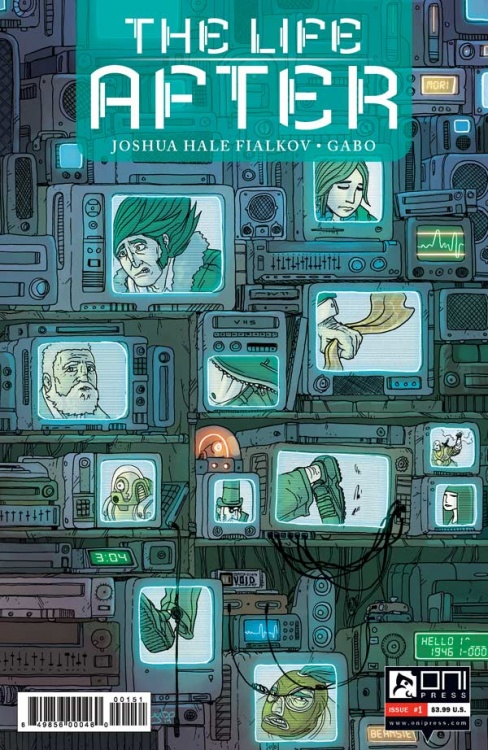 Tomorrow the sixth issue of “The Life After” comes out, as well as a trade paperback collection of “The Life After” #1-5, so we here at Multiversity Comics wanted to give our readers a taste of the series if they haven’t already seen it already. Thanks to Oni Press, here is the complete first issue for your viewing pleasure.

After reading the issue, scroll down for a quick conversation between Multiversity Editor Brian Salvatore and writer/co-creator Joshua Hale Fialkov on the genesis of the series.

Please note, there’s a double-page spread in there. You’ll need to click the image to view it at full size. 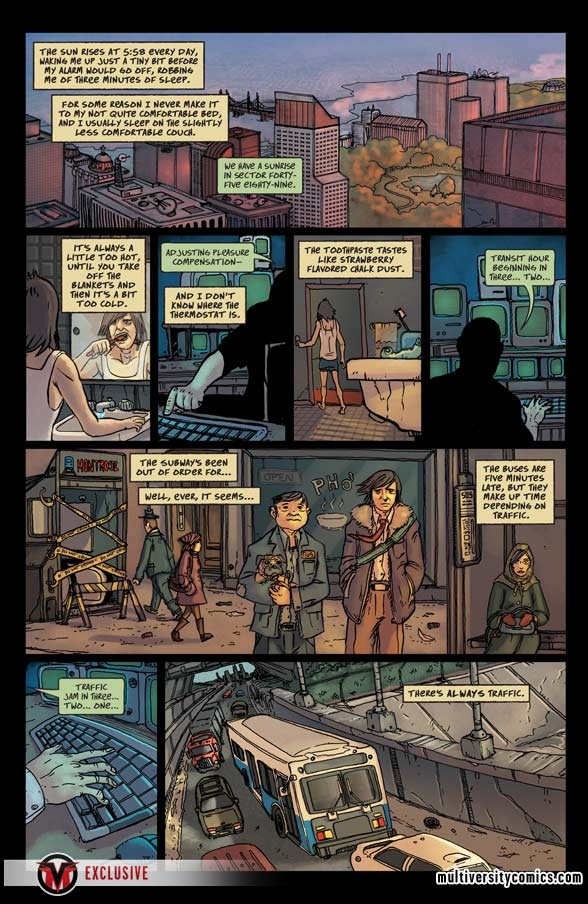 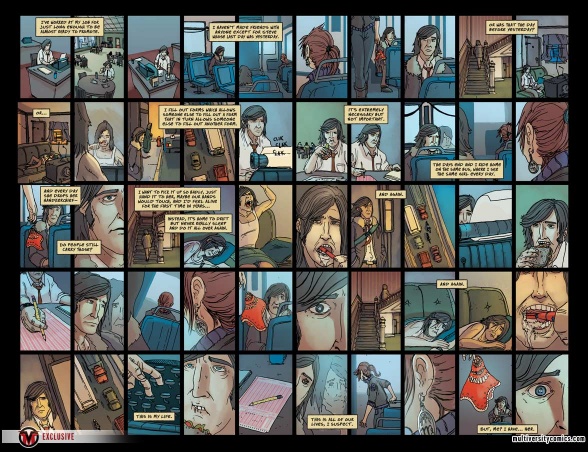 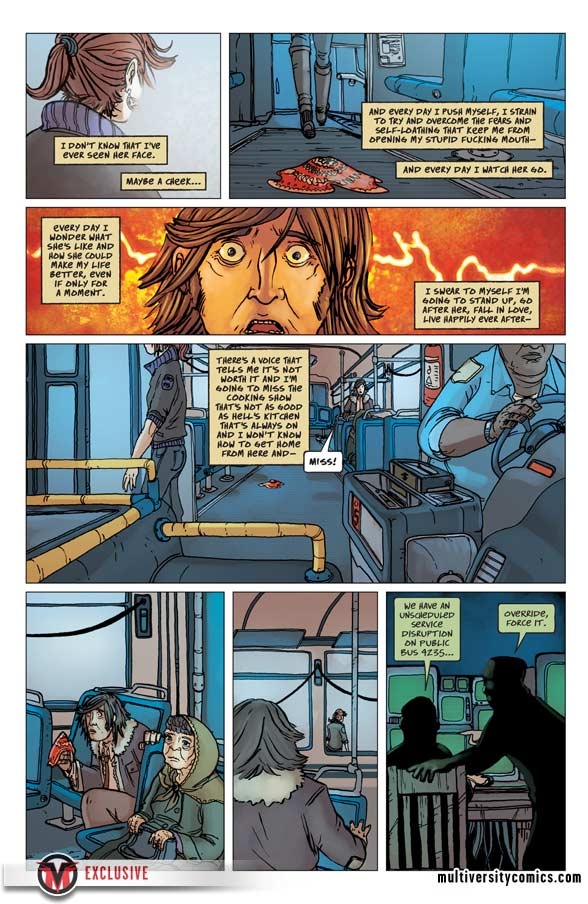 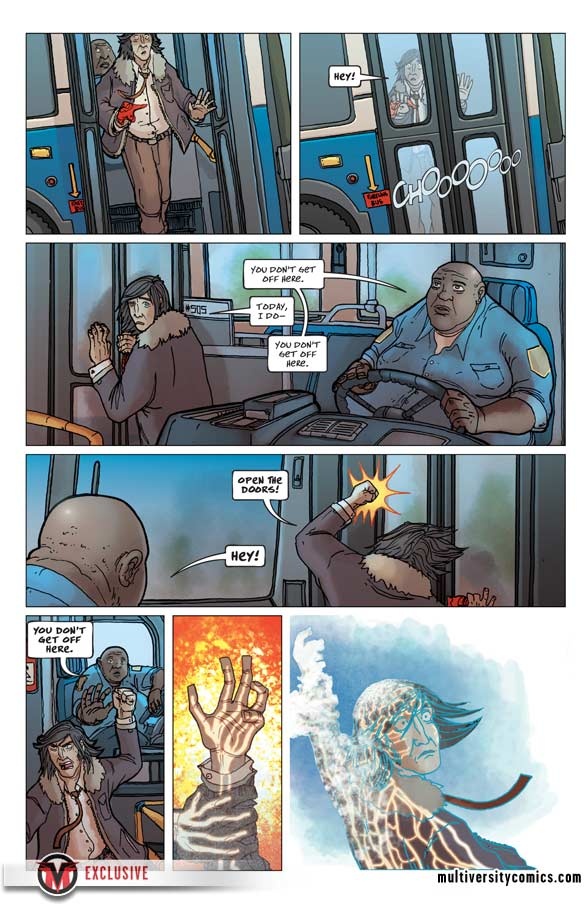 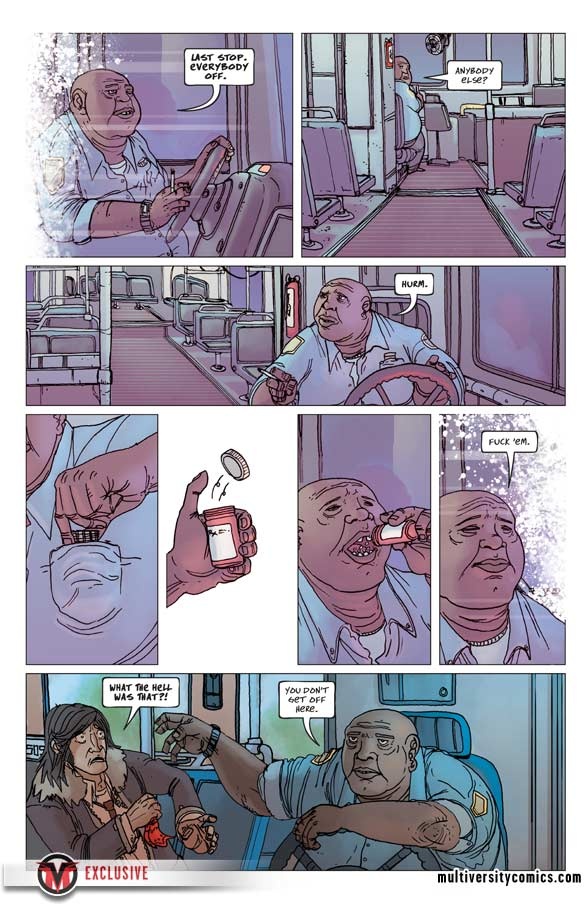 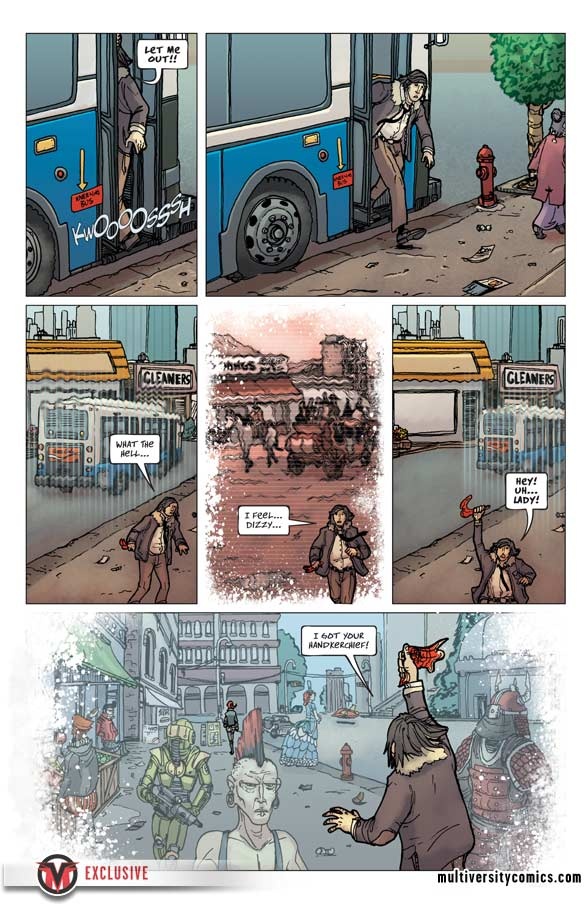 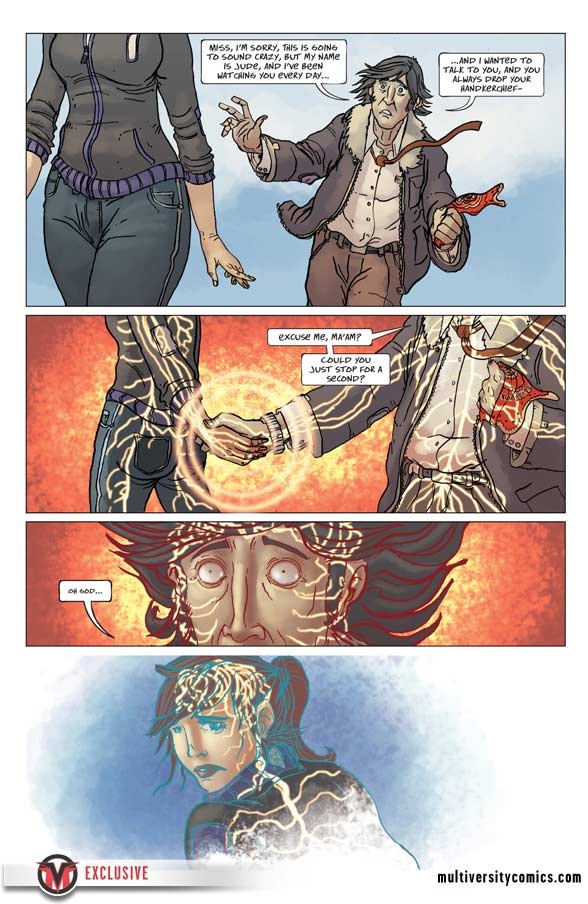 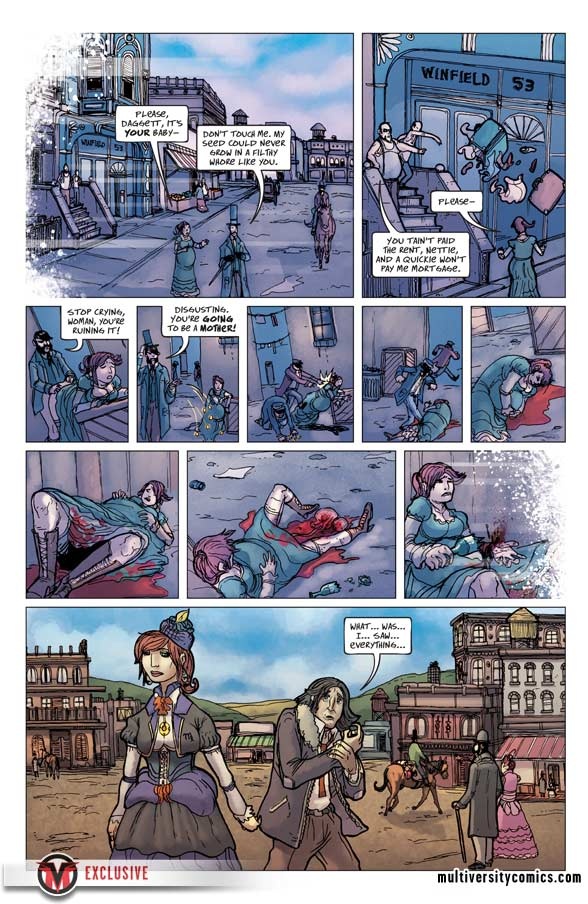 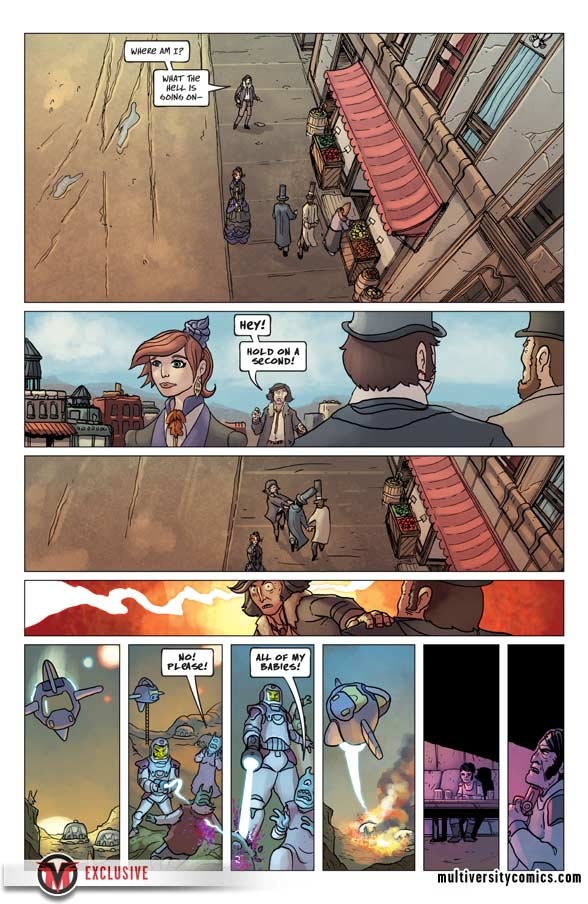 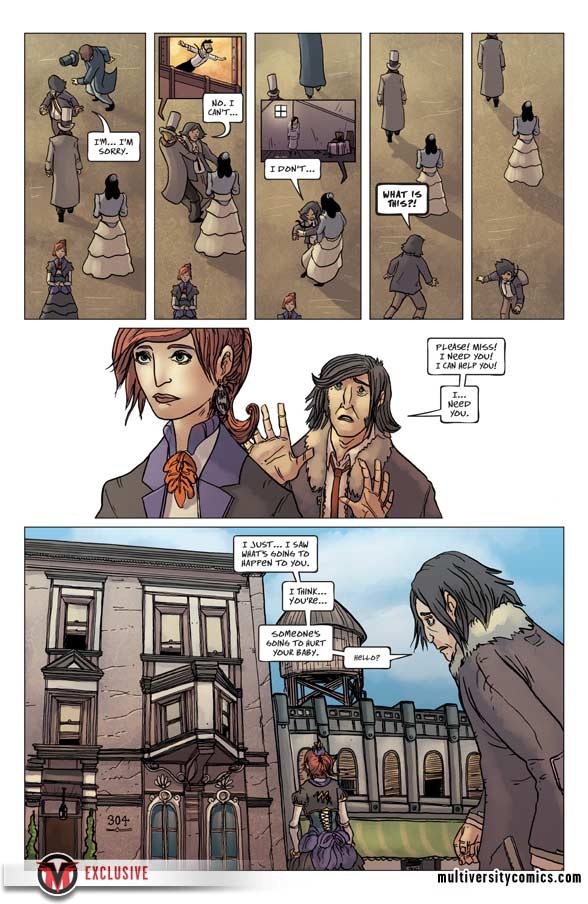 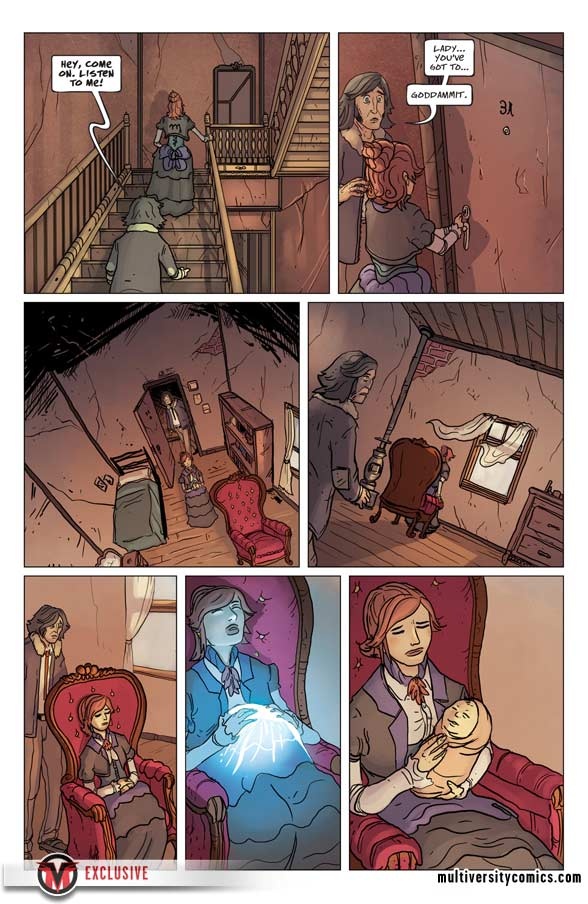 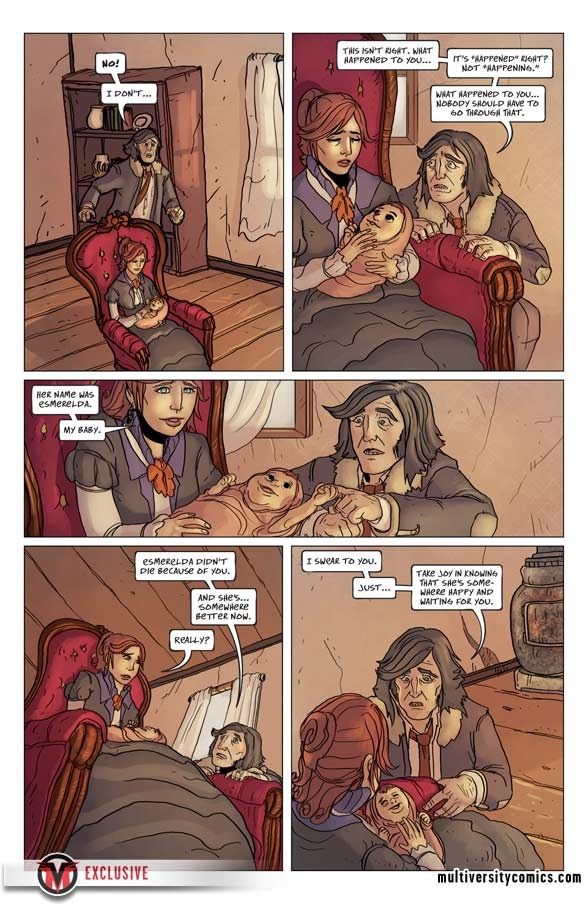 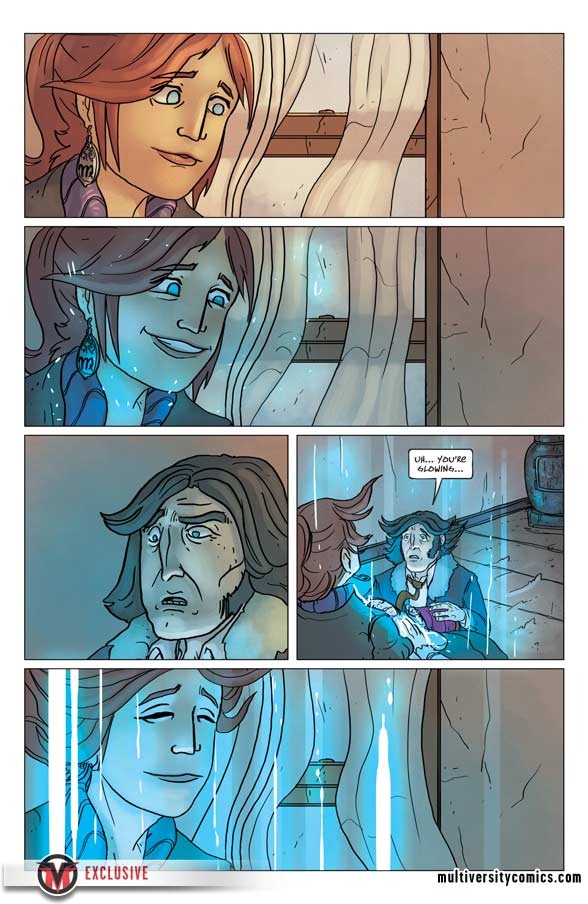 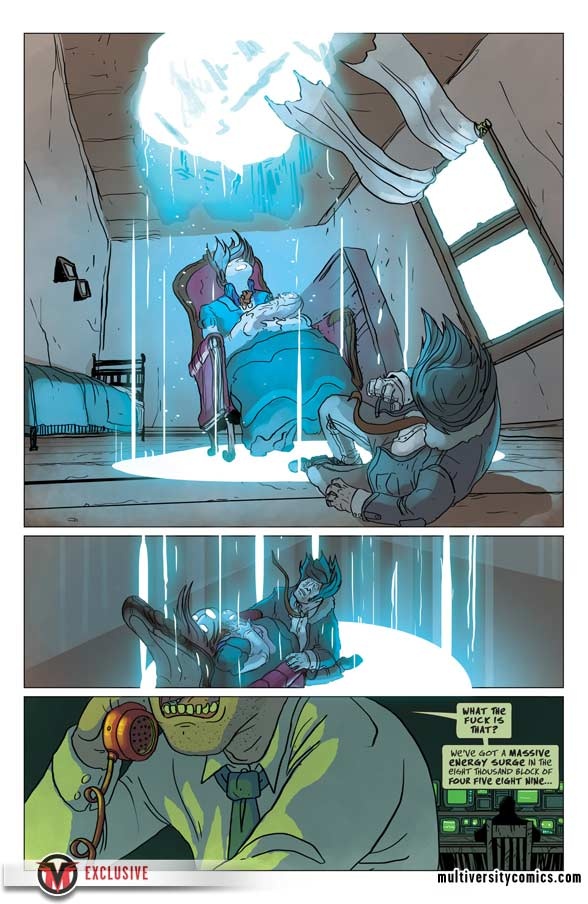 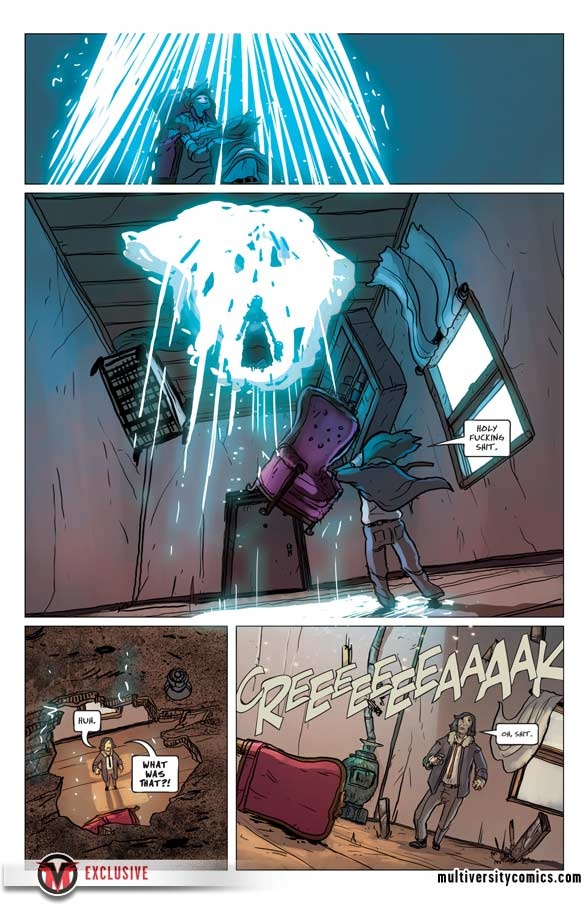 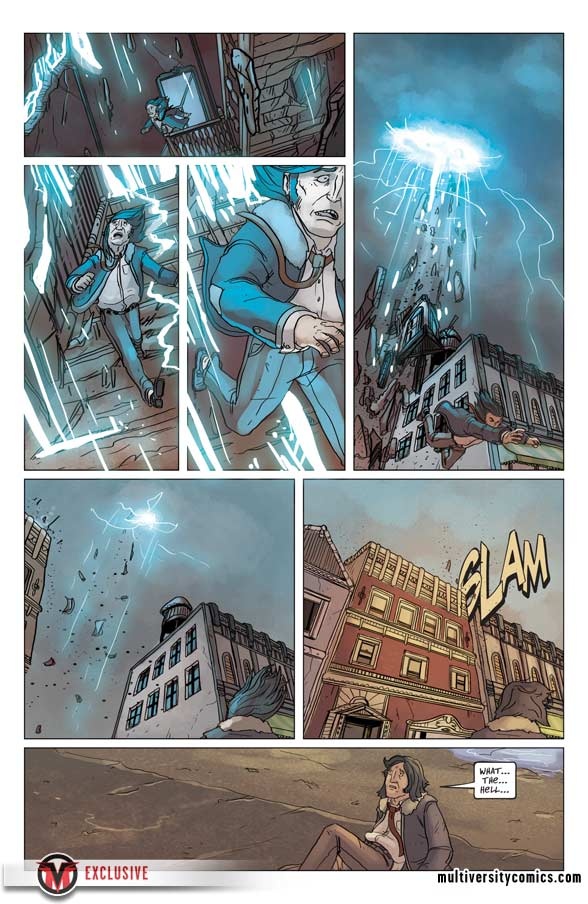 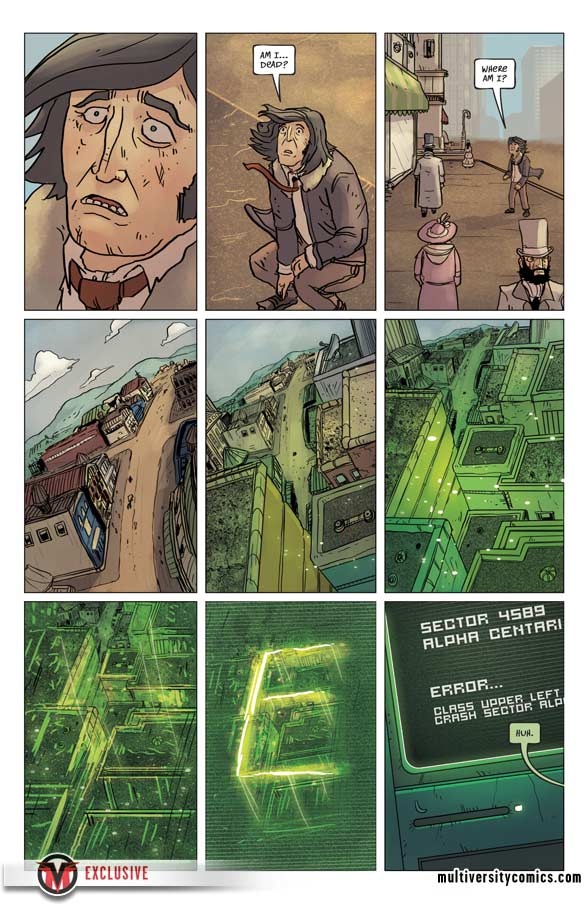 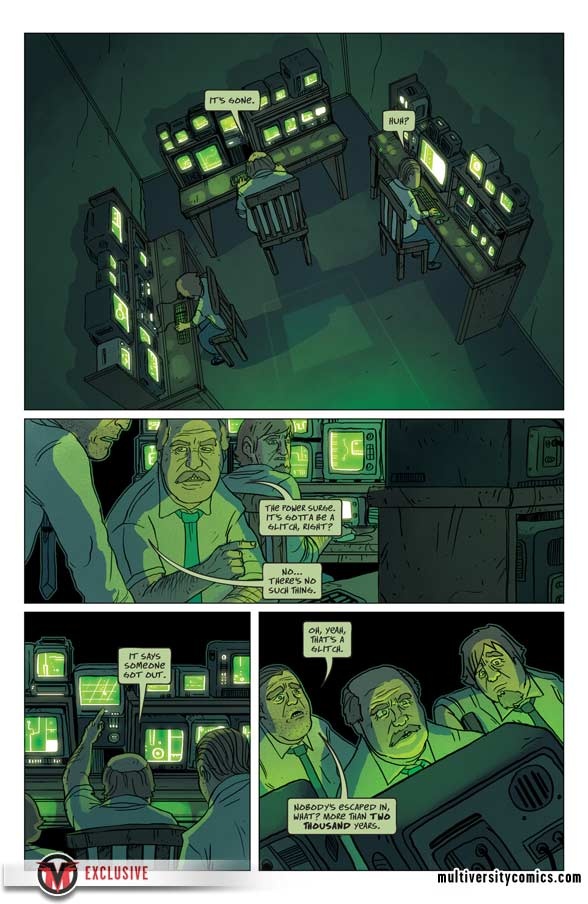 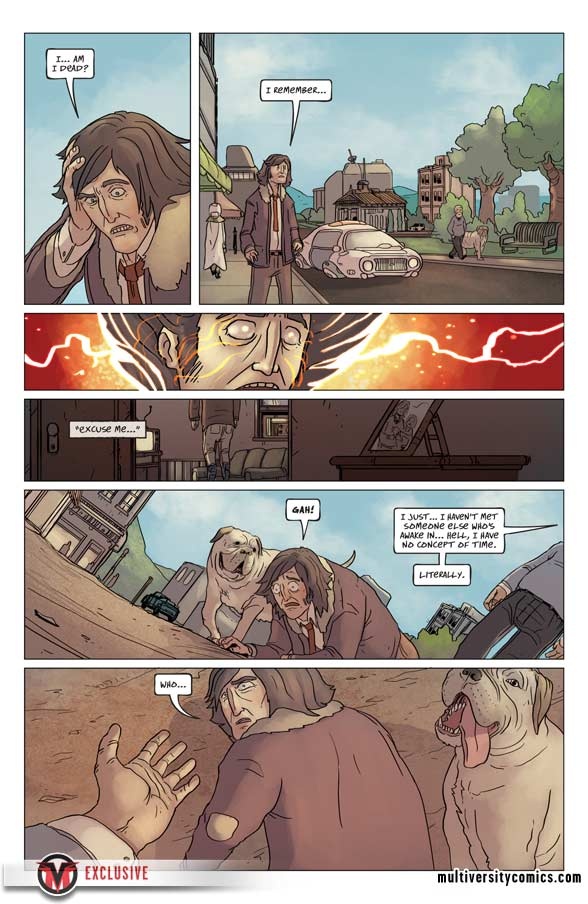 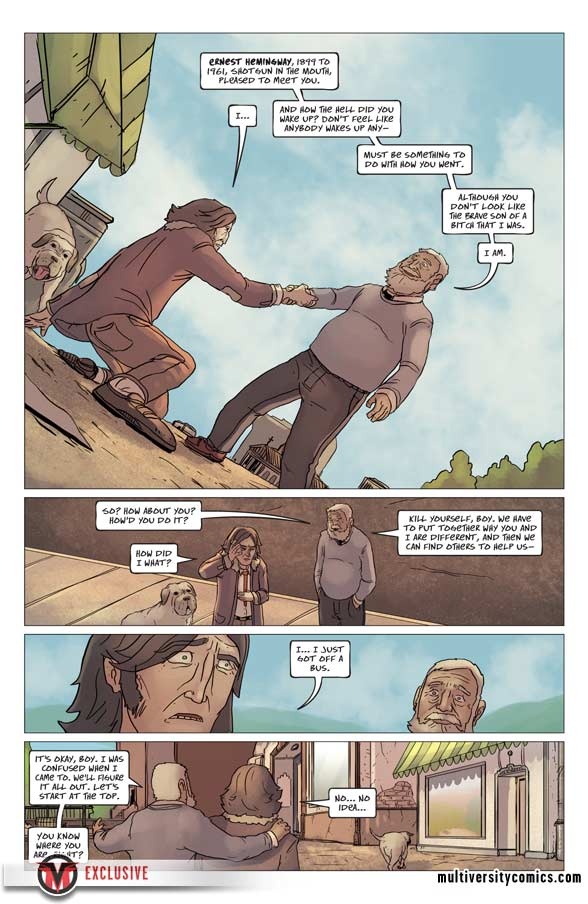 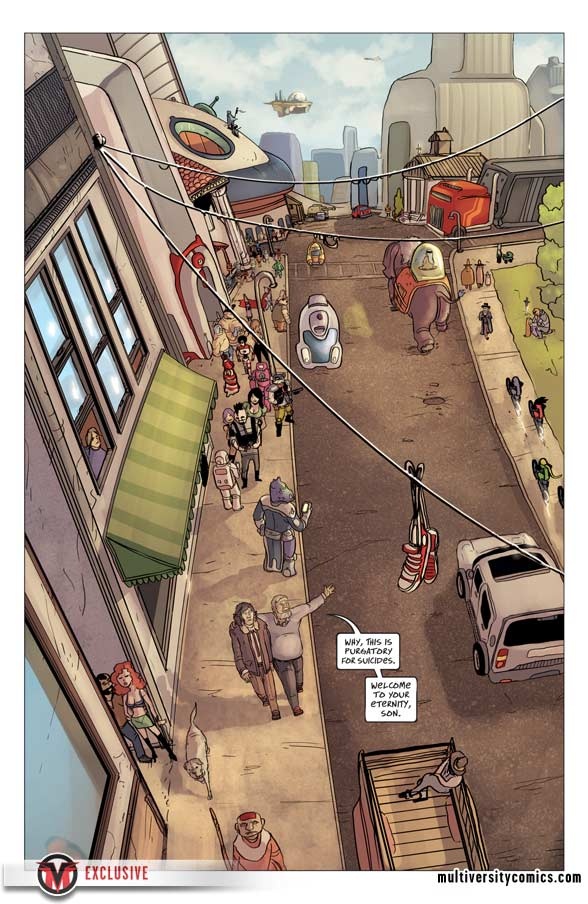 Now that the first arc has wrapped up, and the trade is coming out, when you look back at “The Life After” #1, what strikes you about the debut issue?

Joshua Hale Fialkov: Y’know, the thing I love most about the book is that it’s an exploration. We have a plan, and we know what happens along the way, but, every month when I sit down to write, I’m completely surprised by what these characters and this world does. It’s as much of a joy to work on today as it was when we started. So much of that is the power of collaboration. Between the work that Gabo is doing, and our incredible editors Ari and James, and, even to the conversations I’ve had with readers… It feels like a book that will continue to grow and evolve from that first little seed of issue 1.

What was the initial seed of inspiration for the story? We have spoken many times before, and I know you are an atheist, so the afterlife is a really unusual place to tell such a, what seems to me to be, personal story.

JHF: I’m fascinated by faith. In part because I don’t have it. I believe in pragmatic, real, testable things. Faith, well, it’s about believing in a world that’s unobservable. But, with that, comes a bit of taking what you want and forgetting what you don’t. For example, all that ‘it’s okay to have multiple wives’ stuff in the Old Testament, or not being able to eat an Egg McMuffin for TWO DISTINCT REASONS… I’m kidding, obviously, but, at the same time-

Well, here, I can tell you a story. When the gay marriage ban stuff was going on, here in California, my wife called her mother in law who is a devout christian. She has been generous and kind towards MANY gay, bi-sexual, and transgendered people in her life. And, yet, when the ban was passed, and these same people that she cared for and was kind to had their rights stripped away, she was elated. It was a win for Christianity and for the sanctity of marriage. Christianity, mind you, which birthed the ideas of “Treat others how you’d like to be treated” and “Turn the other cheek.” A few months later, we were talking about a friend, who was gay, who was really ill and needed health insurance. Her suggestion was that he should just find a girl, with health insurance, and marry her. Because THAT, one would assume, WOULDN’T violate the sanctity of marriage?

I think religion, specifically as it’s practiced on this planet today, is used so frequently as an excuse for prejudice and close mindedness, when there is literally no religion on the planet who teaches those two things as a tenant. That makes me so sad, because so much of what religion truly teaches is “Be nice. Be loving. In the end, it’ll all be worth it.”

As a guy who is quite liberal (my father would say communist), has faith, and a degree in theology, I could literally talk about this all day, but let’s move on.

There’s someone very close to me in my life who suffers from night terrors – they wake up in the middle of the night, convinced that someone or something is doing them harm, and they’ve (in minor ways) hurt themselves and those they love trying to “stop them” from doing something that isn’t really there. That was very much the feeling I got when I first read #1, where Jude is living an experience that feels completely out of sync with the rest of the world, but feels totally real to him. Have you ever had an experience where you felt completely isolated, living in a world that doesn’t seem to make any sense at all?

JHF: Oh sure. That was my life from ages 7 till 18. I was always an outsider, and always felt like my life was supposed to be different than it was. I moved away from my suburb to a small town an hour and a half away from Pittsburgh. And then, we moved back home. When I got there, everything was the same, technically, but the relationships had all changed. My friends had all moved on, and I saw a divide between my life before and my life after that was hard to process. I think that’s something every one knows to some degree. That feeling of going from outside to in, or from knowing someone to realizing how little you really do know.

There’s also a bit of that with my weird health issues. Between the chronic migraines and the weird diabetes things that I’ve had for most of my adult life, I always kind of walk this weird world of dos and do nots, of strange consequences that most people don’t really understand. There’s an isolation to my body and it’s constant war on my well being that nobody, including my wife, will ever really understand.

My last question: why Hemingway?

JHF: There just isn’t anybody else who could be a) in the afterlife for suicides b) be sentient enough to KNOW he’s in the afterlife for suicides and c) be able to break the programming of the whole place. He was a man who lived his life with a grandiose sense of achievement and accomplishment that did EVERYTHING with purpose. Even killing himself. But, to have a character like Jude who’s going on a journey like he goes on, he needs someone who’s cocksure to the point of being arrogant (and occasionally, very, very wrong.)

The best of Hemingway is yet to come.

You can pick up the first five issues together in a trade paperback collection tomorrow for $9.99… 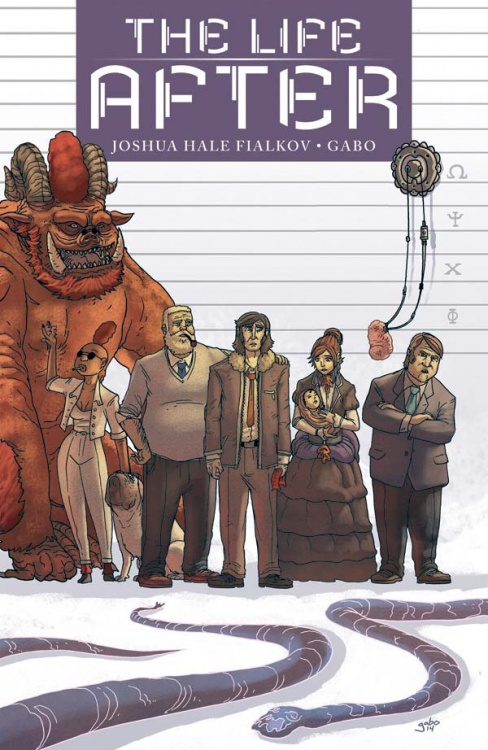 …as well as the sixth issue (also available in a variant cover). 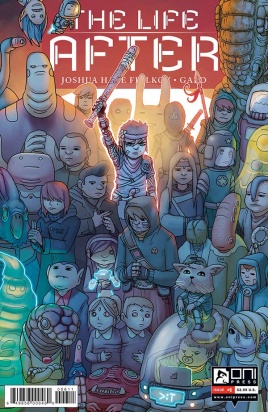 The Life After #6 (regular cover) 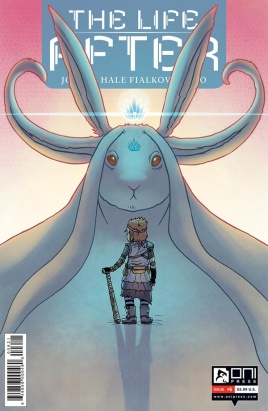 The Life After #6 (variant cover)