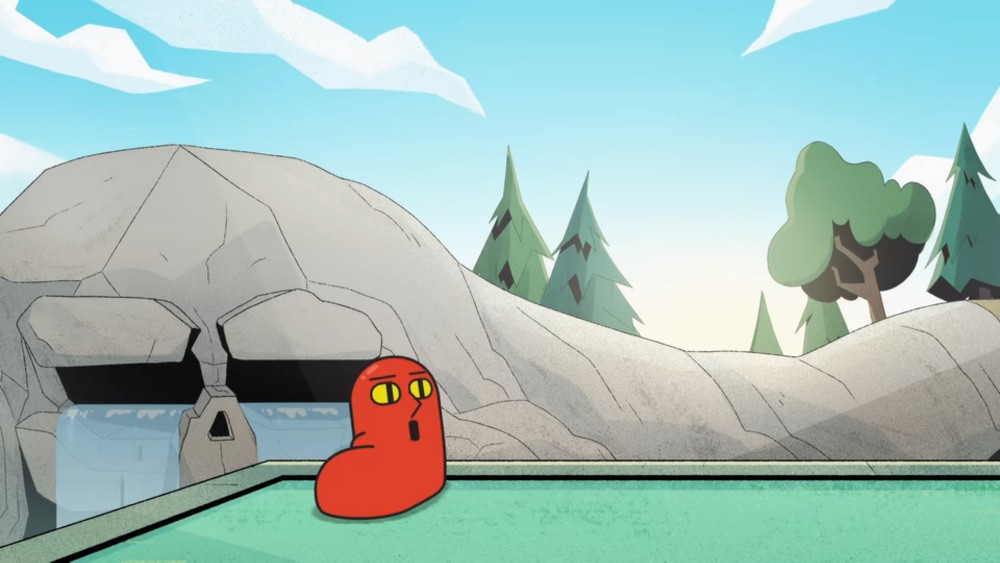 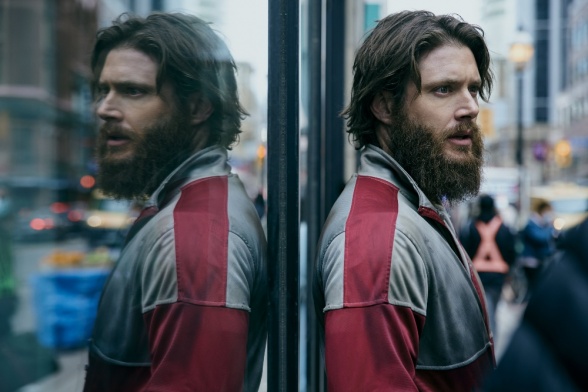 The Boys – “The Last Time to Look On This World of Lies” (S3E5, Amazon Prime) 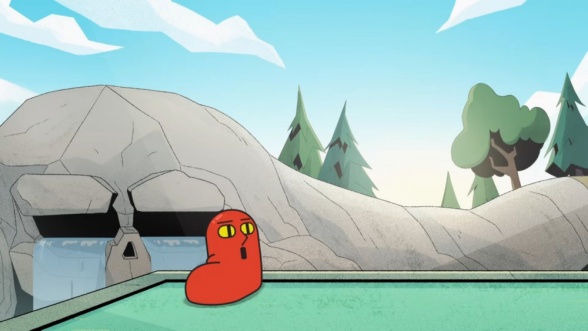 Don’t you just hate it when your normal business trust building day turns into a trauma buffet for a crystal skull? I know I do.

There’s a lot to love about “Trust Me,” much of which is thanks to the comedic chops of the entire cast & crew. Normally you single out writers or animators or actors but literally every aspect of this series nails the comedy in its own way. Without one part or another firing on all cylinders, “Trust Me” wouldn’t have worked nearly as well as it does. Take the small cutaway gag of Gorm, that red worm thing you see at the start of the intro, as a rooster. I could not stop cackling! So much so I made it the featured image above instead of any of the 20 other shots I could’ve used.

There’s a terrifying vacuum that terrifies Pugsly! Badiyah is haunted by the cutest gerbils I’ve ever seen. She’s basically afraid of Hamtaro and you know what, that’s fair. But Dead End is more than great background gags and hilarious set-pieces. It’s also a serious character piece that has now turned its attention to Norma.

I’m glad she gets the focus in “Trust Me.” Not only is it needed so we don’t get too far into the show and it has to start ceding room to other narrative elements but also so we have a foundation from which to measure Norma’s growth and/or changes. I say change because growth should not be a prerequisite for a good character arc, it just tends to be the one encountered most and the one we want for our favorite characters. Like here.

Norma doesn’t need to “grow” necessarily, as having anxiety is not a character flaw to move beyond, but she does need to find ways to change if she is to begin to live with that anxiety in a healthier way. She struggles in part because of her difficulty in grasping social cues due to being an autistic person and in part because anxiety is really good at making the innocuous seem malicious. By centering this and using it as the crux through which the episode’s dangerous supernatural turn is solved, Norma is able to save the day and do it in a way that allows her to change while still remaining herself.

Can I also say that the manifestations of that anxiety brought about by the skull were gorgeously animated? It looked like what it feels like and I definitely cried tears of joy when Norma broke free. And laughed really hard when she only knew everyone by their ride because names are hard and also Badiyah being thrilled at being called Death Slide was so sweet.

I really love this show, y’all. It’s good for kids, good for teens, good for adults. That’s what you want from an all-ages show. And we’re only three episodes in. Let’s get more Gorm! Oh and more Emily Osment’s husky Courtney voice. And more Badiyah and Logan and I should just watch the next episode already, shouldn’t I? – Elias Rosner 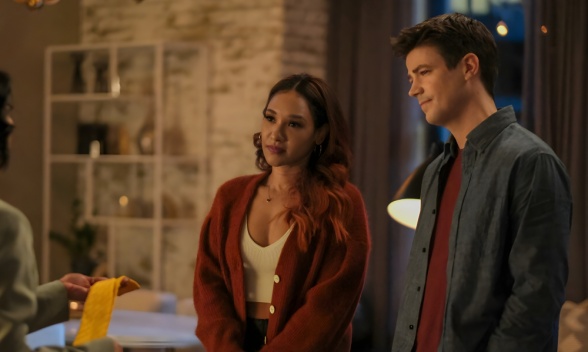 Read our full review of the season 8 finale by Ramon Piña. 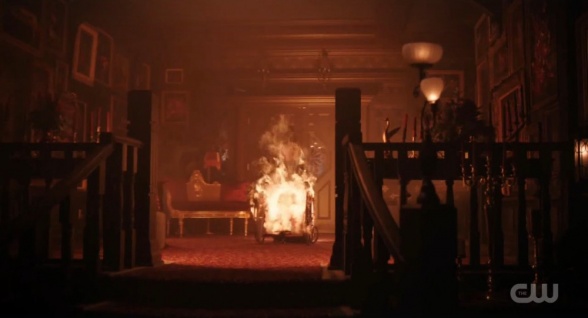 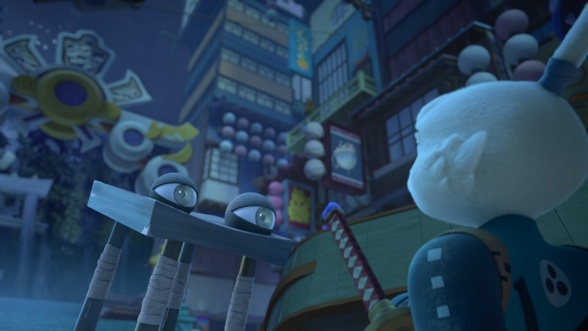 Read our full review of the season finale by Elias Rosner. 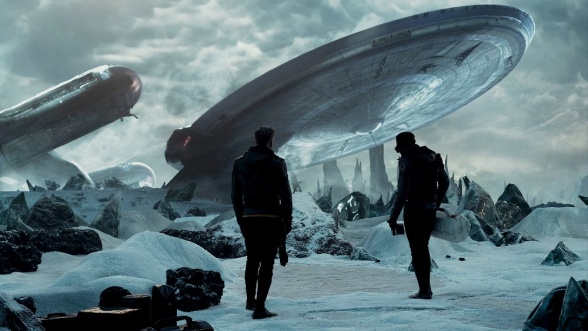 “Strange New Worlds” has dabbled in some horror adjacent plotting earlier this season, but with the ninth episode they go all in on some terrifying dread and paranoia mixed with some truly upsetting body horror. The Enterprise comes across a distress call from a downed Constitution class ship that’s been missing for some time.

Crashed on a barren planet, the ship is seemingly empty, and as the landing party quickly discovers, the crew has been wiped out by a brutal enemy. As the reveals come fast and violently, it is the Gorn who has laid waste to the crew.

This episode deals in horror and it gives us a real look at loss and terror amongst these characters we’ve come to love over the course of the season. They explore Spock’s emotions that, at this time in his life, are churning just beneath the surface, Sam Kirk’s loss of composure in the most dire of situations, how the main crew handle the deaths of their own. Not due to exploration or even war, but to a horrifying enemy that has no other desire than to hunt, breed, and enslave.

There will be the comparisons to films like Alien or The Thing, but they’re surface level and obvious. The truth is, the horror here is inspired by those things, but also all kinds of human terror outside of science fiction. This has a lot of fun/scary moments, but we, like the characters are forced to deal with real loss and pain. This episode should be long remembered in the canon of Trek, both for expanding on a little seen, but fan favorite like the Gorn, but more importantly, having us face death and grief in a way that is powerful and only occasionally used in this franchise.
– Christopher Egan 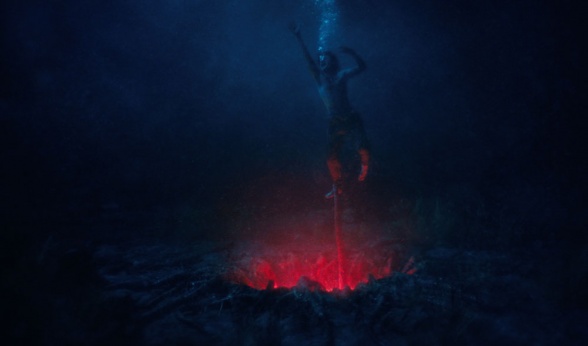 Read our full review of the season 2 finale by august (in the wake of) dawn. 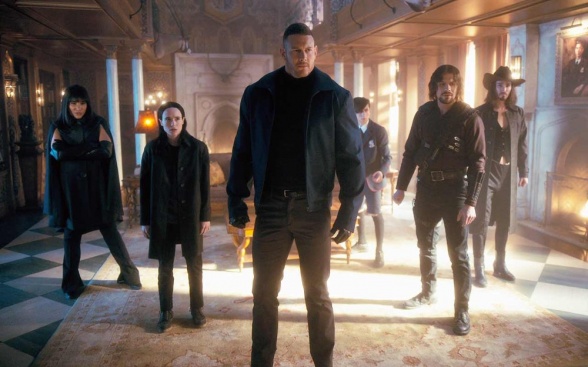 Read our full review of the season 3 premiere by Alexander Manzo. 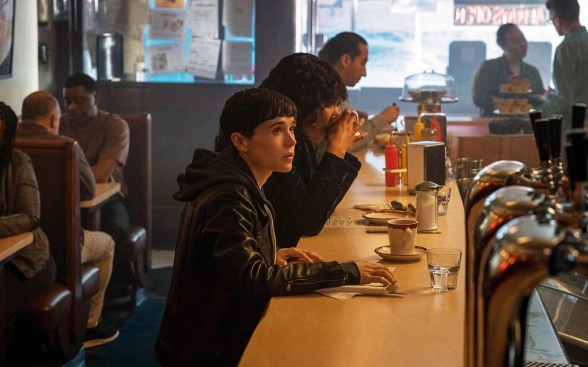 After a flurry of introductions for The Sparrow Academy, the second episode gives us precisely what we want, and that is the individual-like elements for The Umbrella Academy. Luther, Number One, starts by getting kidnapped by The Sparrow Academy in response to their missing Number One, Marcus. However, it doesn’t quite go as planned because Luther is just as clueless about what his siblings do and is adamant that they had nothing to do with it, and it’s a simple misunderstanding. While it’s mainly threats from Sparrow Academy Ben, it’s a bit of a comical relief as we see Luther become increasingly comfortable with them because of the amenities at the house.

This is a crucial episode for not only this series but for Elliot Page as their character Vanya begins their transition into a man by starting with a shortened haircut and asking their siblings to call them Viktor from here on out. While there is an initial shock, it’s quickly followed with support for the transition so long as they are happy and comfortable. His onscreen confidence grows a thousand-fold as they not only become more confident in who they are but continue making steps to try and be the leader of The Umbrella Academy. While their conversation with Marcus did go well, they are unaware of his disappearance. They are left sitting waiting for the briefcase exchange that never happens and creates some doubt about their leadership abilities.

We get some movement on the overall plot by being in another timeline thanks to Klaus’s journey to find his birth mother and what his life would have been like being raised “normally.” He finds a woman at the Amish commune that his mother was once a part of and reveals that not only did she die before he was supposed to be born, but so were the mothers of The Umbrella Academy. According to Five, they’ve stumbled upon the “grandfather paradox.” They may have had a hand in eliminating themselves from every existing, or maybe they put the idea of eliminating their mothers in someone else’s head. Either way, this season seems to be going in the right direction. – Alexander Manzo 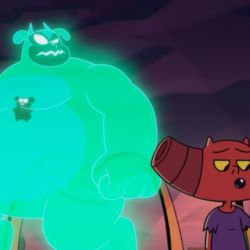 Five Thoughts on Dead End: Paranormal Park‘s “Into the Fire”

Sadly this one is not a musical. My hopes were dashed, my dreams destroyed. Lament with me as we descend into heck and watch the neutral plane go up in smoke. Or, you know, be petrified by a couple petulant siblings. 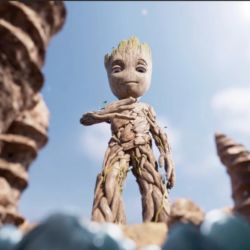 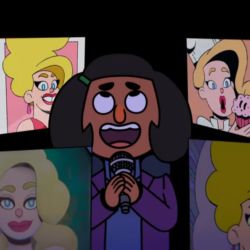 Five Thoughts on Dead End: Paranormal Park‘s “The Phantom of the Theme Park”

Did I say “The Pauline Phoenix Experience” was my favorite episode? I have to amend that statement because “The Phantom of the Theme Park” intercepts that title, runs all the way across the field, and then spikes it into the ground before doing a dance.