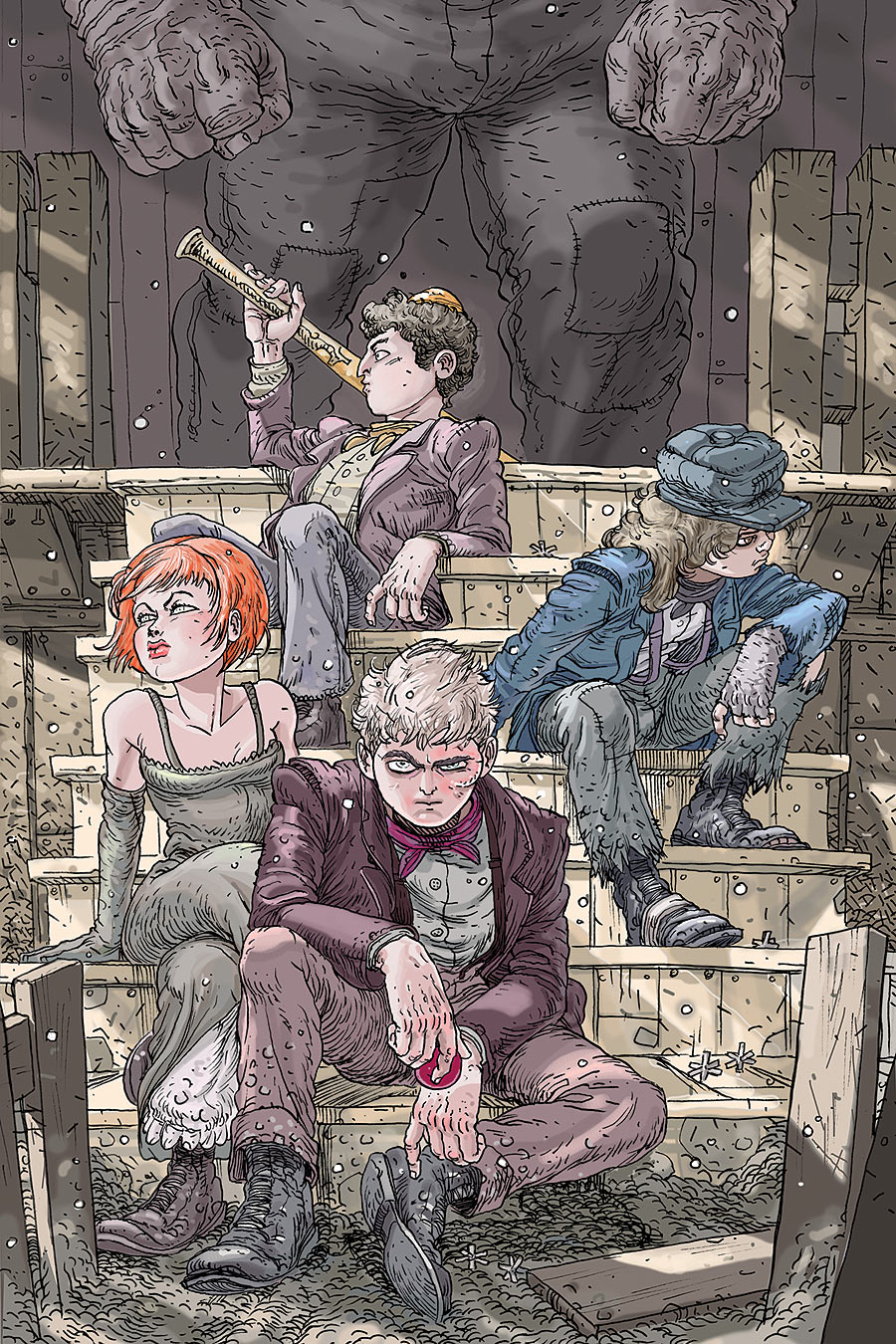 This week sees the release of “Bowery Boys”, the print collection of the webcomic by Cory Levine, Ian Bertram and Brent McKee. Webcomics over the last couple of years have been making very successful jumps to print with “Nimona”  and “Sunstone” being a couple of the most notable titles. Webcomics exist all over the internet and are almost all available for free. However, making the jump to print opens up a brand new audience and “Bowery Boys” looks to make a big splash. We had the chance to to talk writer Cory Levine about the series and touch on some of the struggles webcomics still face. 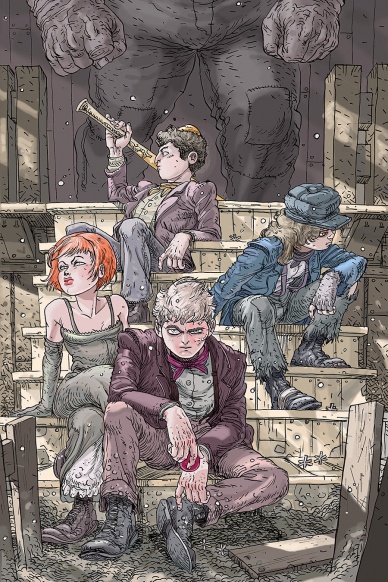 For Multiversity Comics readers not in the know, what is “Bowery Boys”?

Cory Levine: “Bowery Boys” is a coming-of-age adventure about a group of street youths faced with the hard truths of adult life against the back drop of bloody gangland violence, underhanded political scheming, fanaticism, fear and the socio-political machinery of mid-19th century New York City.

The story is drawn by Ian Bertram and Brent McKee, colored by Rodrigo Avilés and has been published as a webcomic since 2013 at http://www.bowerboyscomic.com. The entire story will be published as Bowery Boys: Our Fathers, a hardcover graphic novel by Dark Horse Comics on 8/5.

Cory, you’ve worked with Marvel comics before in an editorial capacity. Could you talk a little bit about the transition from there to working on a webcomic like this?

CL: Yeah, absolutely. Working for Marvel was a gift in that it reignited my love for comics and getting to work behind the curtain for a while made me believe that I was capable of not only appreciating comics, but making them, too. My role at Marvel wasn’t an especially creative one, but developing meaningful personal and professional relationships with people who were so passionate about what they were creating inspired my own desire to create.

My time at Marvel also gave me a lot of valuable experience in the non-creative parts of the job of a writer. It’s not all just sitting around and putting ideas to words and words to paper. I had the privilege of taking ownership of the publishing process for many books, magazines and special publications so I was able to learn the business and develop the skills needed to assemble a project like this and see it through to the end.

Webcomics exist in all corners of the internet and some have a higher profile than others. What do you feel webcomics have to offer to readers that the typical monthly American comic doesn’t?

CL: Good question, but a difficult one for me to answer. The truth is I didn’t write Bowery Boys to be a webcomic originally. I’ve not been shy about that, and I believe the print edition is it’s “true form.” For that reason, the story isn’t really written to be read on the web, the art isn’t drawn for screen displays and the reading experience suffers for being published to the web. We went to the web because we didn’t yet have a print publisher and were hoping to attract one. Thankfully, it worked, though I wouldn’t recommend it as a strategy.

That being said, I do believe in webcomics as an art form. To answer the question as asked, I think they offer an immediacy and a level of creative freedom not really available in print. Anyone can create a webcomic about anything and distribute it to everyone in the world. There’s an amazing power to be harnessed there. You can get as weird, fringe, personal or avante garde as you want in webcomics and nobody can stop you or tell you it’s not fit for publication and mass distribution. Artists can really let their freak flag fly, and the other freaks will come looking for it. It’s really exciting to see where these communities crop up and see just how large and vibrant they can become.

What challenges do you feel webcomics still face?

CL: Well, that’s the other side of the coin, I suppose. When everyone can do something — like publishing, for instance — the act itself is no longer special. When everyone is super, then no one is.

The gatekeepers are gone, making it very difficult for work of quality to stand out. It’s very easy for press, critics and readers to brush off webcomics because there’s no barrier of entry, for better or worse. We’d all like to believe the cream rises to the top, but that’s not how things really work.

I don’t currently have a solution to this problem.

“Bowery Boys” is making the jump to print. Series like “Nimona” and “Sunstone” made some slight adjustments to the art and story when they made this jump. Did you and the team make any changes and if so, what goes into those decisions?

CL: No, not really. The work in print is pretty much the same as the work online. Dark Horse did have it professionally proofread, thankfully, so it’s cleaner in that way but otherwise it’s unchanged.

Could you talk a little bit about what your collaborative process with artists Ian Bertram and Brent McKee has been like?

CL: Sure. Ian Bertram and Brent McKee were both great to work with. With Ian there was a fair amount of back and forth on the scripts — he was my sounding board as I was writing. Similarly, he was very gracious about taking my notes and humoring my “critique.”

Brent had the unenviable task of following a huge talent, and he pulled it off with aplomb. I really believe I lucked out in finding him to pick up the project when Ian had to exit. He’s a pro’s pro. I’m grateful to have worked with two mighty talents on the book, both of whom made me a look a lot smarter than I am and made the story sing.

What about this time period appealed to you as a writer?

CL: It was ripe for exploration and largely ignored by the medium. The antebellum period of American history is rich with conflict, high drama, colorful characters and unique settings. And it struck me as the perfect thing for Ian to draw as we were conceiving the project together.

The Bowery Boys were a gang and they did some things that you can’t completely defend. As a writer, what’s been the biggest struggle making them characters readers can relate to or at least understand enough to care what happens to them?

CL: You’re right, and fortunately it’s not at all my interest to defend anybody when I’m writing. I make my best effort at creating characters with enough depth that readers can relate by way of their own complexity and the greyness of morality. I also have the benefit of writing fiction — none of the characters in the story actually existed. At best, they’re liberal embellishments of historical figures, most of which are so obscure as to not really be relevant or known to most casual readers. These are creative choices that hopefully come together in a way that allows readers to appreciate, in one way or another, all of the characters that populate the world we’ve created.