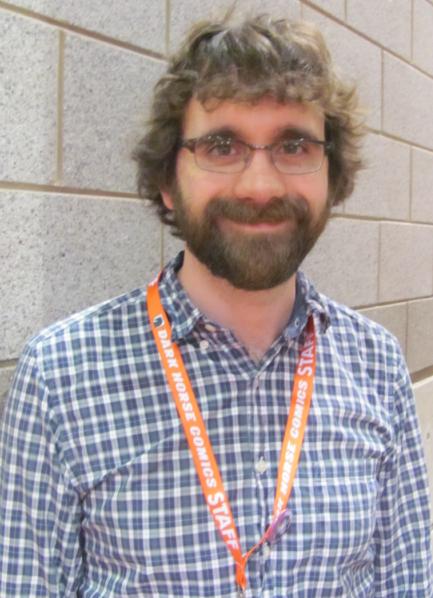 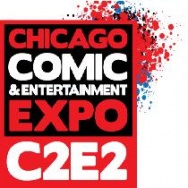 This year at C2E2, I had quite a few opportunities to sit down with creators and chat about their current and upcoming works. Now, Dark Horse editor Dave Marshall shares some insight.

Can you look back and recall a single moment that made you want to work in comics generally, and in editing specifically?

From there, I took a pretty common track to Alan Moore, Neil Gaiman, those guys. I still didn’t know exactly what a job in comics meant, but I got an internship with Wizard, and that led to an internship at Dark Horse editorial, which led to an assistant editorial position. Really, I just followed my passion for the industry and found a niche. 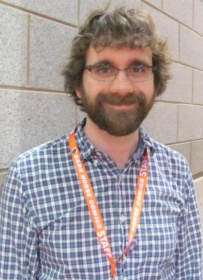 Is it easier to edit books and properties you’re a big fan of, or harder?

DM: Huh…good question. To do the job right, I have to bring both passion and detachment to every project because it’s not my book. It belongs to the creator of the property, be it George Lucas or 343, and on the other hand it also belongs to the writer and artist who are bringing their vision to well loved properties.

It’s important to be passionate about the books, but step out of the way to make sure the comic is true to the heart of the property and the creators’ visions.

Dark Horse recently began a push for superheroes. Are you connected to any of those titles?

DM: Not directly. I’m really excited for the new superheroes though. The last time I saw “X” or “Ghost”, I was a fan, but now I’m more involved. We have some great teams set up for the relaunches, and they’re making all these characters relevant again.

Which, if any, of the titles share a universe?

DM: I don’t know exactly, so I shouldn’t speculate. I don’t think it’s been set in stone yet, anyway.

How long has Dark Horse been considering reviving their superheroes?

DM: I can’t say specifically, but superheroes are an important concept for the medium. Anyone in comics has some relationship to them. We all have strong feelings about them, so it was never really a question of if they’d be back, but when.

Often times, it seems art comes secondary to the writing for some fans and critics. Why do you think that divide exists?

DM: To have a quality comic, a great writer and a great artist are both necessary. The focus swings back and forth, but they’re both important.

Any great comic needs both regardless of who gets more attention when it’s published. No one would be talking about “Watchmen” today if Dave Gibbons had done a terrible job. Attention to either art or writing is good for the industry because it’s an appreciation for storytelling.

Do you think the imbalance in focus is an issue at Dark Horse?

DM: The proof is in the pudding. Look at some of the big names at Dark Horse. Mignola and Powell are both writers and artists. Brian Wood is a writer now, but he’s been an artist in the past.

Across the board, we support writers and artists equally. We recognize they’re both masters of their craft, and they’re both needed for a story to work.

Are there any creators you’d like to work with?

DM: There are so many, I’m not going to list them. For every one I mention I’ll forget five.

What Dark Horse series (now or coming) are you most excited about?

DM: I’m thrilled we announced “Halo”. It’s a new 3 part miniseries by Brian Reed and Marco Castillo. It’s a great science fiction universe with rich characters. Dark Horse is working directly with the game makers to impact the continuity in a direct way and make this an important part of the cannon.

One of the things you work on is the “Avatar” series. How long will those be coming, and do you have an ending in mind?

DM: They’ll be coming out as long as they’re selling. We plan them a year in advance. We’re working with the show’s creators to tell the continuing story of Aang and his friends, so there’s a lot of ground to cover.

Are there any Legend of Korra books planned?

DM: Not at this time. We have an art book for season one, but for now the creators are focused on telling their story in the cartoon.