Earlier today, we did our second Multiversity Coffee Break over at our Twitch Channel. Because he’s a pal, Joshua Williamson was our last-minute guest, and this is the perfect time to speak with Josh. His 100+ issue run of “The Flash” is wrapping up in a few weeks, his creator-owned series at Image, “Birthright,” just wrapped up, another of his Image series, “Nailbiter,” recently made a triumphant return and he’s about to take over “Justice League” for the ‘Death Metal’ crossover issues. Suffice to say, he’s a busy man, which makes his stopping by our little show even cooler.

You can also follow him on Twitter, @Williamson_Josh, and make sure to check out his work at DC, Image, and beyond. 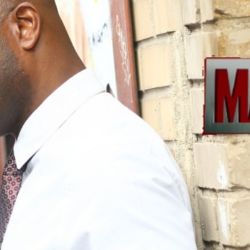 The Multiversity Coffee Break, Episode 8: Joseph P. Illidge on the MCU and DCEU!

A few minutes ago, we chatted with Joseph P. Illidge about the MCU and the DCEU on our weekly Twitch show. Click here to watch future episodes, and check out the YouTube embed below.So, pour yourself a cup of joe – or your beverage of choice – and join us to discuss the films featuring […] 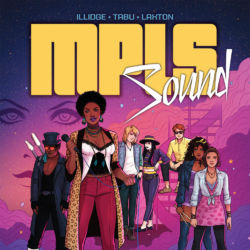 Earlier this autumn, we launched a new feature called Multiversity Coffee Break. Scott Snyder and I sat down and discussed horror in all of its forms in the first episode, Joshua Williamson and I discussed 90s comics in the second, Mags Visaggio and I talked Star Trek in the third. Hunter Gorinson and I geeked […] 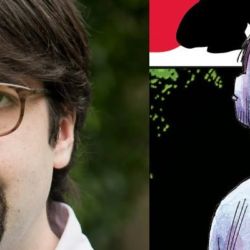 Earlier today, we chatted with James Tynion IV on our weekly Twitch show. Click here to watch future episodes, and see below for the YouTube embed:So, pour yourself a cup of joe – or your beverage of choice – and join us to discuss some of James’s favorite mangas, as well as a rundown of […]