Welcome to Mignolaversity Debrief, our column where we explore the latest stories from Mike Mignola. This time we’re talking to editor Katii O’Brien about “Hellboy and the B.P.R.D.: The Return of Effie Kolb” #1, but since she’s the series as a whole has undergone some interesting changes over the past year, we mainly talked about the state of the series in general.

I’ll discuss ‘The Return of Effie Kolb’ in greater detail in April with artist Zach Howard in a future debrief piece, so keep an eye out for that one too. 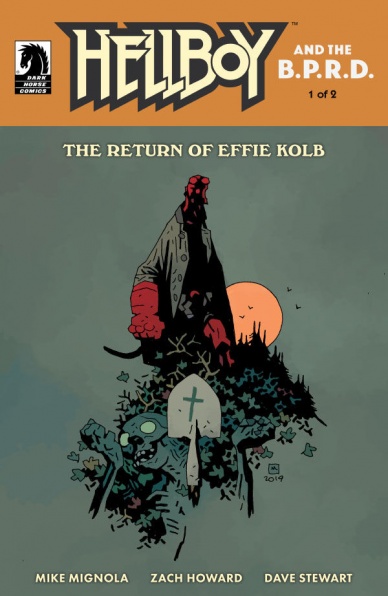 Katii: Mike wanted to do something new with Tom Ferrell, one of the characters we met in ‘The Crooked Man,’ and that’s where it began. It really is a beloved story, it’s definitely one of my personal favorites, so the challenge is revisiting it in a way that hits all the parts we love about the first story while bringing something new. We see a few familiar characters, but we also introduce some characters who will intrigue readers with threads we might pull at in stories to come. And of course, a monster or two.

Richard Corben’s art is incredibly distinctive and such a huge part of ‘The Crooked Man,’ so I imagine it was difficult to find the right artist for ‘The Return of Effie Kolb.’ I was really blown away by Zach Howard’s interiors, because there’s something about his textures that evokes Corben without copying Corben. He grounded this arc in a way that makes it feel like the same location in the Appalachian Mountains.

Katii: Zach has done a beautiful job with these issues, and I think it’s hard to follow Corben! The atmosphere is critical in this story, and it’s important that the art feel grounded in the way you mention, because the idea that you could get lost in the woods and find yourself at the Crooked Man’s doorstep is part of what makes both of these Appalachian stories so terrifying. Zach did a lot of design work for these issues, he really put in so much work and he nailed it. 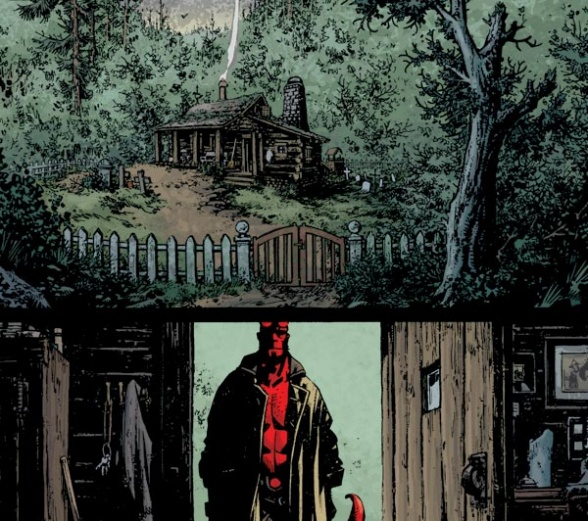 In the old “Hellboy” series, Mike Mignola told two different kinds of stories. There was the ongoing plotline, which kicked off in May 1994 with the Cavendish Incident (see “Hellboy: Seed of Destruction”) and then proceeded forward in a linear manner, and then there was a bunch of short stories set between 1944 and 1994, standalone tales that jumped back and forth in the timeline. The difference between these two kinds of stories was so distinct that when it came time to collect “Hellboy” chronologically for the omnibus editions, the short stories were collected in their own “Complete Short Stories” volumes. 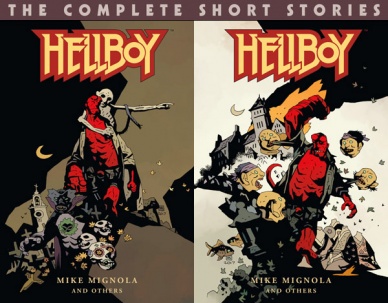 So I think it’s fair to say that short stories are a big part of what the “Hellboy” series is. . . and it’s becoming a big part of the “Hellboy and the B.P.R.D.” series too. Over the past year, we’ve seen a burst of standalone stories jumping around the timeline. Could you talk about this evolution of the series?

Katii O’Brien: We love short stories, and once the “B.P.R.D.” and “Hellboy” series both wrapped up, we had an opportunity to return to those short story roots and have a lot of fun with the character without the end of the world looming quite so much. The longest we’ve had in the new “Hellboy and the B.P.R.D.” format was the three-part ‘Saturn Returns,’ and we’ll have a few more multi-issue stories coming but we’re still having fun with one-shots too. It’s a great chance to follow Hellboy around the world, encountering different settings, ghosts, and creatures, jumping around in time, and seeing Hellboy punch some things. There are still plans to continue the occult cold war storyline that we were getting into in “Hellboy and the B.P.R.D.: 1956,” and from there we will take the B.P.R.D. into a fresh direction of its own.

In a way, the “Hellboy and the B.P.R.D.” stories have more freedom than their “Hellboy” counterparts. Being that the series is also about the B.P.R.D., it allows for stories that can drift off of Hellboy to other characters, like Liz Sherman in ‘Saturn Returns’ or the 1950s team in ‘1956.’ Are there characters you’re particularly interested in exploring in the series now that pretty much any time period in B.P.R.D. history is open? 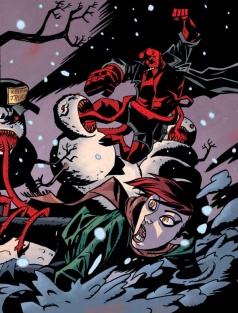 Liz in 'Mood Swings'
Katii: I would love to see more of Liz! She’s one of my favorite human characters in the series and there’s a lot to her story. So much of it has centered on the terrible things she’s been through, which are important to her character development, but since we’re opening up the format I’d like to see her have some happier adventures. Thinking back to the ‘Mood Swings’ short from the first “Hellboy Winter Special” (by Chelsea Cain and Michael Avon Oeming), that Christmas when she gets a puberty book as a gift and kills some demon snowmen with her flaring temper, I think more relatable young Liz stories could be such a good time.

Katii: I know that readers like to collect in their own way (we know that many buy single issues, but that many also wait for trades, and some even for omnibuses) so I’ll try to be clear about the differences. The first design change for these newer stories was the logo, which Mike actually drafted himself as a redesign of the 1950s “Hellboy and the B.P.R.D.” logo.

“The Beast of Vargu and Others” will have the new logo, but the spine color will be the same dark red as the ’50s books. There is no number on the side, as the stories are standalone, and we don’t want readers to feel like they need to read these in any particular order if they’re new to the series. We plan to collect these newer stories in publication chronology, so as soon as we have enough for a collection we’ll put another one out.

Right now we’re talking about doing two omnibuses for the 1950s books, and then as many as we need for the newer standalone stories. That way we’ll end up with two groups of “Hellboy and the B.P.R.D.” omnibuses, similar to the “Hellboy” Omnibuses 1–4 vs. “The Complete Short Stories” collections. We’re a bit far off from that and plans can change, but that’s the way we see it right now.