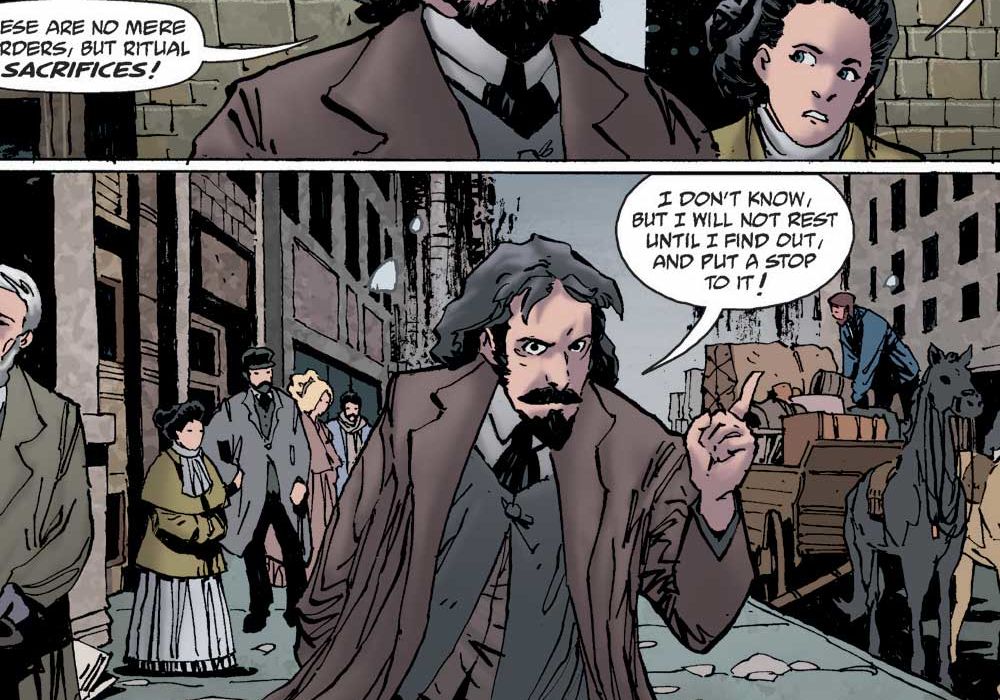 Welcome to Mignolaversity Debrief, something new we’re trying out here at Multiversity Comics. With each new issue of “Witchfinder: The Reign of Darkness,” we’ll be checking in with someone on the creative team for a quick discussion. For “Witchfinder: The Reign of Darkness” #1, we’ll be talking to writer Chris Roberson. This being the first issue, we’re keeping things pretty broad, but in future installments we’ll be digging into issue-specific details. If there’s anything you’d like us to discuss, let us know in the comments. 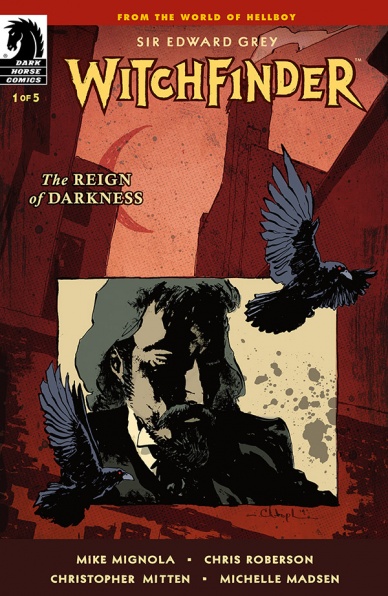 There was a curious detail that popped up in “Abe Sapien: The Drowning” #1—Sir Edward Grey, the famed paranormal detective, had discovered the identity of Jack the Ripper, but this information was suppressed by Queen Victoria. For readers this was 2008, well over a decade ago now, and we’ve been wondering about this mysterious case ever since.

From “Abe Sapien: The Drowning” #1
Art by Jason Shawn Alexander

So I’m curious, when you got the job as the ongoing writer for “Witchfinder,” how long was it before you got the truth out of Mignola?

Chris Roberson: When I started working on “Witchfinder” a little over five years ago, some of the first conversations I had with Mike about Sir Edward were about this period of his life. (And the character of Sarah Jewell came out of those same conversations.) So this is a story that has been in the works for a long time now, but when it came time to actually start working on it in earnest last year it was definitely a daunting prospect, to be sure!

‘The Reign of Darkness’ is set a little over four years after the previous miniseries, ‘The Gates of Heaven.’ How has Sir Edward changed in the intervening years?

Chris: I feel like Sir Edward has always been a bit cocky and sure of himself, but by this stage of his career he is even more convinced that he is almost always right, and that his first instincts inevitably turn out to be the solution to any given mystery. And he also believes implicitly in the rightness of his actions, that his cause is just and anyone who disagrees with him is either deluded, ignorant, or malicious.

The story begins shortly after the murder of Mary Jane Kelly in November 1888. She was the last of the five murders attributed to Jack the Ripper. This is an interesting choice, as we’ve jumped over several months of Sir Edward’s investigation. When the story begins, he’s already exhausted many of his options and almost seems to be grasping at straws. What led you to begin so late in the investigation?

Chris: From the beginning Mike and I agreed that we didn’t want to tell the same kind of Jack the Ripper story that readers have seen so many times before, and part of the solution to that was the realization that the murders that we know about from the historical record are only the beginning of the story in the world of Hellboy. And by opening that up, and deciding that the real mystery was what happened next, it allowed us to thread a story through the historical facts of the Ripper murders that then opened up into a bigger scope as we moved into this secret history.

I think it’s fair to say you’ve been planning this arc for some time now. After all, you were planting seeds even back in ‘City of the Dead’. I mean, you were even hinting at the title. 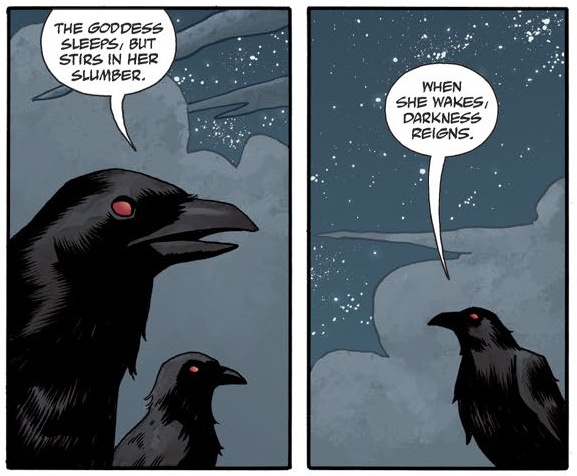 From “Witchfinder: City of the Dead” #5
Art by Ben Stenbeck 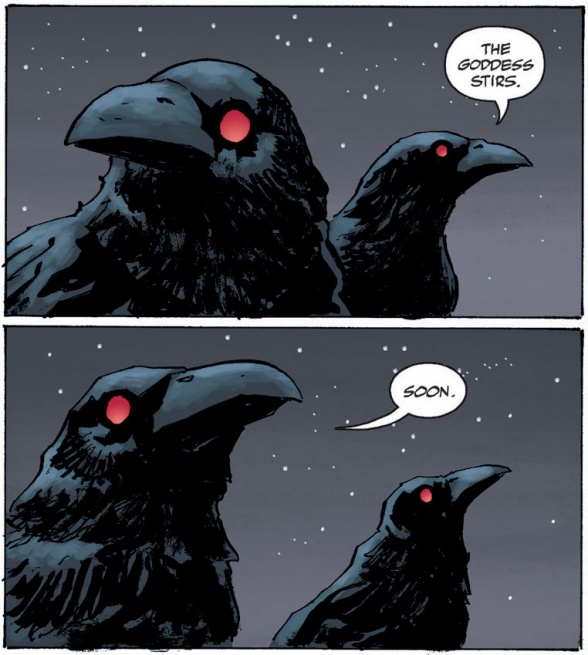 From “Witchfinder: The Reign of Darkness” #1
Art by Christopher Mitten

Do you think perhaps readers should take a closer look at past stories?

Chris: As I said, this is a story that’s been in the works for a long time, and there are certainly signposts along the way that point in the direction that we’re heading. And throughout ‘City of the Dead,’ ‘The Gates of Heaven,’ and ‘The Reign of Darkness’ we’ve been building on things that Mike introduced in earlier stories, like “Abe Sapien: The Drowning” as you mention, and “Witchfinder: In the Service of Angels,” among others. I wouldn’t say that there are hidden skeleton keys or secrets in those earlier miniseries, but the hope is that when the “Witchfinder” stories are read together that they’ll feel like they’re of a piece.

If you missed our review of “Witchfinder: The Reign of Darkness” #1, you can check it out here. 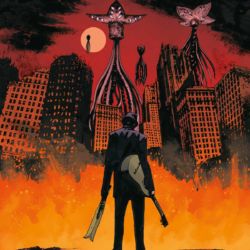 Welcome to Mignolaversity, Multiversity Comics’ dedicated column for all things Mike Mignola. We’re taking a look at all titles headed our way in the April 2022 solicitations for Mike Mignola’s books. Thanks to the folks at Dark Horse comics for sending these our way. Let’s get to it!RADIO SPACEMAN: MISSION TO NUMA 4 #2 (of […] 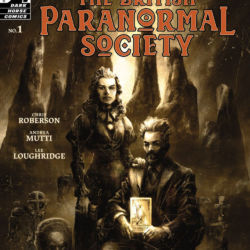 Via Bloody Disgusting, Dark Horse Comics have revealed the next mini-series to expand the “Hellboy” universe will be the four-part “The British Paranormal Society: Time Out of Mind.” The book’s creative team will consist of writers Mike Mignola and Chris Roberson, artist Andrea Mutti, and colorist Lee Loughridge, and it will feature cover artwork by […] 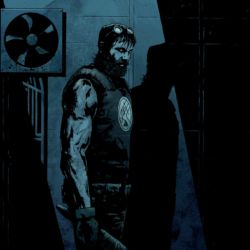 Today, “The Sword of Hyperborea” #1 came out and, if you haven’t read our review yet, it’s fantastic. Mike Mignola, Rob Williams, Laurence Campbell, Quinton Winter, and Clem Robins made it something really special. Even more amazing, this was Rob Williams’s debut Hellboy Universe title, so I simply had to sit down and discuss the […]