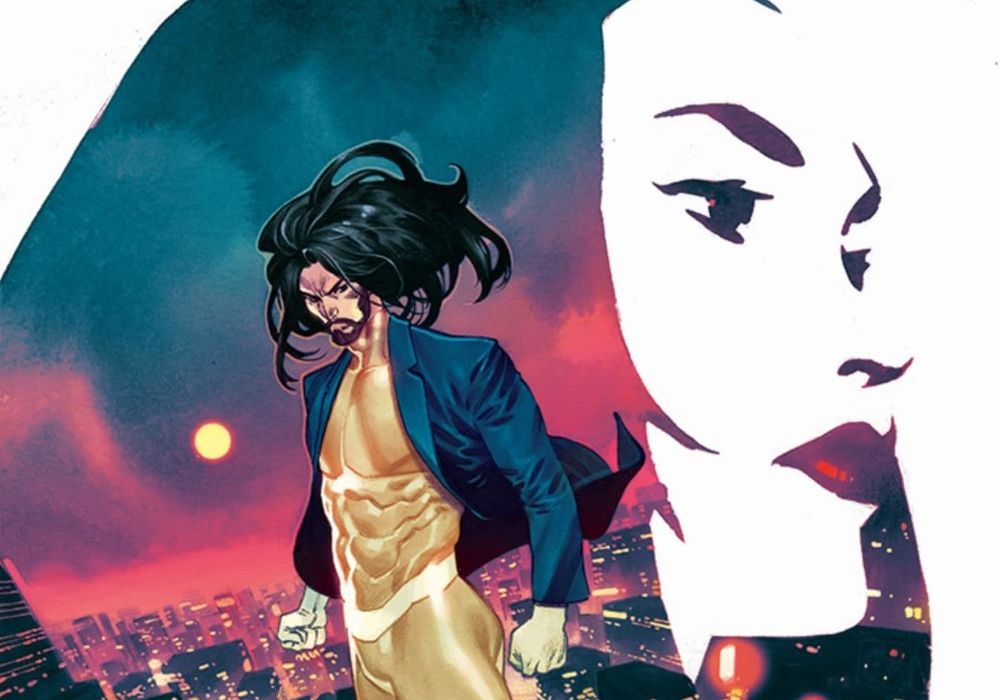 “Duo” is a new miniseries from DC set on ‘Earth-M,’ a world inspired by, but not beholden to, the classic Milestone characters of the 1990s. “Duo” is an update of “Xombi,” created by John Rozum and Denys Cowan, and who, like Static, was a minor mainline DC character for a spell, and whose title was briefly revived for a miniseries in 2011. “Duo” #1 dropped last week, and I had a few minutes to chat with writer Greg Pak (“Hulk,” “Batman/Superman”) and artist Khoi Pham (“Teen Titans,” “Spider-Man”) about the characters, the designs, and the legacy of Milestone. 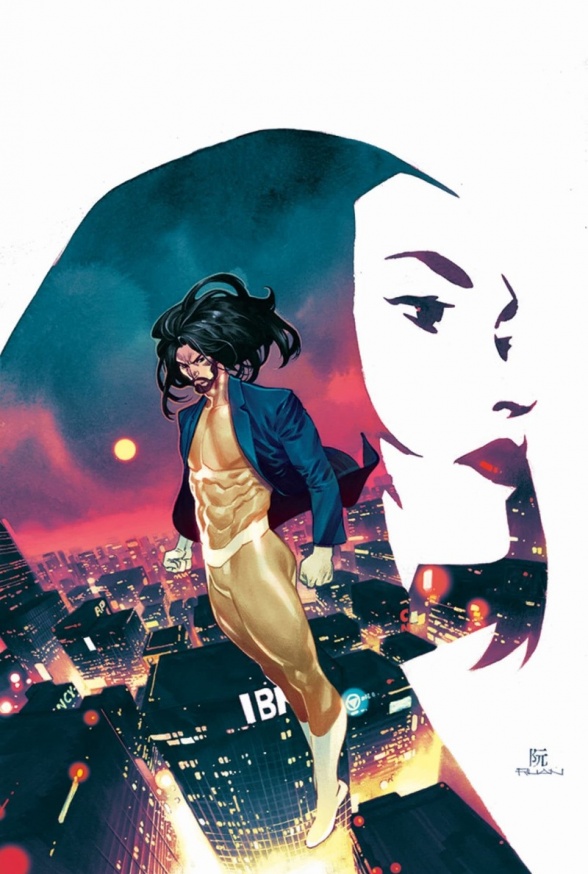 How did “Duo” come together?

Greg Pak: Well, it came together, I guess, what, four or five years ago when, when I got a call from Reggie Hudlin. The legendary Reggie Hudlin called me up, and I was always thrilled to get a call from Reggie. And he said “we’re looking at bringing back some of these books and and properties” and and he had a pitch for me for a revamped Xombi series, a new series reimagining the the the basic ideas from Xombi. “Xombi” was this tremendous series from John Rozum and Denys Cowan. And Denys and Reggie had a new pitch, which was, I mean, essentially boiled down to ‘how would you deal if the person you love the most in the world was trapped inside your mind and could hear and see everything that you heard and saw and basically know everything you’re thinking?’

And I was immediately hooked. It sounded like a real, great emotional story in the making. And, and you know, and then it’s combined with this big, big sci fi story with nanobots and all kinds of fun stuff. We took it from there. So I went and thought about it and came back with a pitch, and they gave us the green light. And we brought on Khoi and we made some books, and then the pandemic hit. And then we did nothing for a while. And then they called up again and said, “Hey, we’re back on” and we were like, “great!,” because we loved everything we were doing. And we were thrilled to finally get it up in the world.

Khoi Pham: Yeah, because whether it was during the pandemic, remember, Greg, I called you it’s like, “I don’t know what’s going on, but we need to put this story out whether by DC, or on our own, because it’s – I mean, I’m not biased at all – it’s a great story. So we’re very excited when we finally got the green light to keep going.

Khoi, when you were trying to design the look of this book, how did you think about representing the person inside the person? Was there a particular way that you felt would be the most effective way to show that? Or were you happy leaning on the way that that sort of thing has been handled in the past?

KP: The credit goes to Greg on this because Greg had a very thorough and detailed idea of how that mind space was going to look. So we worked together on it, but the architecture and infrastructure was already in place. It absolutely makes sense to just sort of float around this mind space. And have what I love about it versus like Firestorm is that expression is is not just in the face, but also in the body. So the ability to communicate as an artist visually, you know, body language in this mind space was really important, and it’s very, allows me to do so much more than just, you know, face contortions. So that was a great choice on Greg’s part. So that allowed me to really explore that level of communication between two people.

Similarly, you know, the idea of nanobots is something that you’ve seen in comics for a long time. And so they are this super high tech, invasive species sort of type thing. What is it about this version that you want it to really make stand out? Because I’d say that these nanobot scenes don’t look like anything else I’ve seen in a comic telling a similar story.

GP: Well, when you talk about nanobots, like scientists who write about nanobots talk about like, gray goo, this gray goo that takes over everything, and that can be really great and scary. But this is essentially a romance book on a big level, and we wanted there to be these moments of shared intimacy between these characters. They’re in the middle of this kind of liminal space with warm light and all of that. And the nanobots are not necessarily the kind of like, ‘destroy the world’ nanobots. Our heroes have created these things to save everybody and all that, so I just had kind of had this idea of a golden cloud. And, and Khoi, I mean, I don’t know how he does it, because, you know to draw a cloud of of stuff is really a huge challenge and to draw something that’s kind of hardly there. You know, what I mean? It’s amazing. Khoi just knocked out of the park. And then Chris Sotomayor is the colorist, and just found all the right tones and everything for it.

KP: Chris, gets all the credit for making the nanobots; the colors and the life in it. But my view is we have a book about mortality, living versus not living. So in terms of what we are comfortable viewing, are these nanobots living? Are they not? Should we be afraid or not be afraid? And so it’s fun to depict them in a way that challenges the reader’s perception of life.Should I be scared? It’s just fun in terms of what life should be, or what we’re used to. It was a joy to sort of use the nanobots to make people question what they’re seeing and how they feel about it.

GP: I’m realizing that the book has a real organic feel in the art that, that Khoi and Chris are bringing to it. And I love it, because when you’re dealing with a hard sci-fi concept like nanobots, it can have a tendency to be sort of sterile and cold visually, you know what I mean? But this is all about the human heart. And so, having the book look and feel as warm and organic as it does is a big deal. I mean, I wasn’t necessarily thinking this all through consciously, but that certainly comes comes across to in the sort of dream space that the two that our two heroes occupy inside their own mind.

KP: It’s fleshy and almost unsettling. Is it actually unsettling or is that what we bring to it then? Credit also goes to (inker) Scott Hanna for bringing that extra organic touch with his work.

Before I let you folks go, I do want to ask about what it means to be part of the Milestone legacy with this ‘Earth-M’ project. It is a company that has a great legacy in an industry that doesn’t always do diversity very well. How do you feel to be a part of this lineage now?

GP: It’s incredible. Reggie had me from before he even pitched the story. I was honored to be approached, to be part of, you know, to be part of this legacy. And then, to be pitched a project as wild and as fun as this is amazing. It’s an honor and a pleasure.

KP: It’s a treat, and it’s a Milestone type thing, but, also a good, old fashioned superhero story. And I deliberately visually designed the costumes to serve as a throwback to classic design: no pouches.

“Duo” #1 is available right now. What are you waiting for?