“Reaver” is a new Image/Skybound series from writer Justin Jordan (“The Strange Talent of Luther Strode,” “The Curse of Brimstone”) and Rebekah Isaacs (“Buffy the Vampire Slayer,” “Captain America and the Falcon”). You can check out the cover and solicitation a little lower, but we’ve got a rare treat for you all on this fine Saturday. Like we did for Fernando from “Assassin Nation,” we had the rare opportunity to talk with a character from the comic itself. Check out our interview with Essen Breaker, aka the Devil’s Son, below. 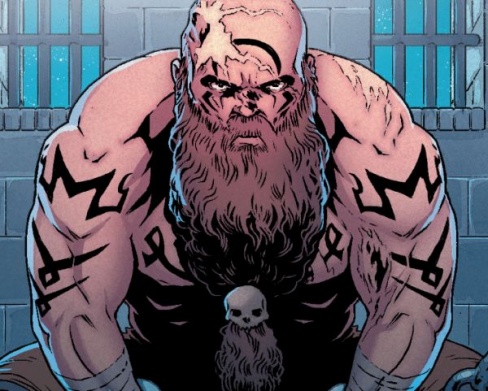 How much do you bench?

Erm… So, tell us about your tattoos.

How about: why do they call you “The Devil’s Son”?

EB: Ask the dead. There’s enough of them.

Thanks…we guess?…to Essen for chatting, and look for the book wherever you get comics on July 10th. 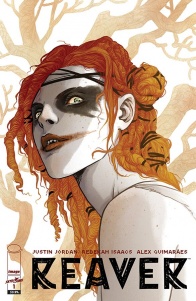 The continent of Madaras once promised a new start for settlers, but 200 years after its discovery, the war rages on. Deep within this savage and untamed land, a darkness builds at that must be stopped at all costs. To do so, the Imperials assemble six of its most despicable prisoners—a turncoat, a skin eater, a sorcerer and his bodyguard, a serial killer, and the Devil’s Son—the only ones who can stop the end of the new world. They are Hell’s Half-Dozen. Join JUSTIN JORDAN (LUTHER STRODE) and REBEKAH ISAACS (Buffy the Vampire Slayer) for REAVER—a dark, grim fantasy for a post-Game of Thrones world. 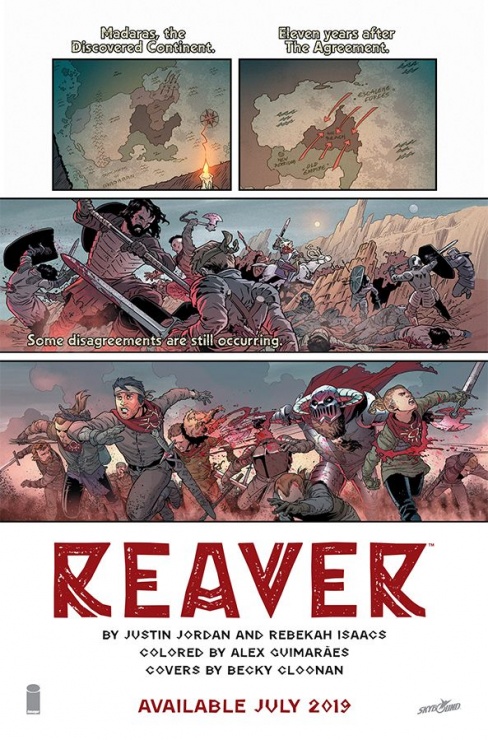