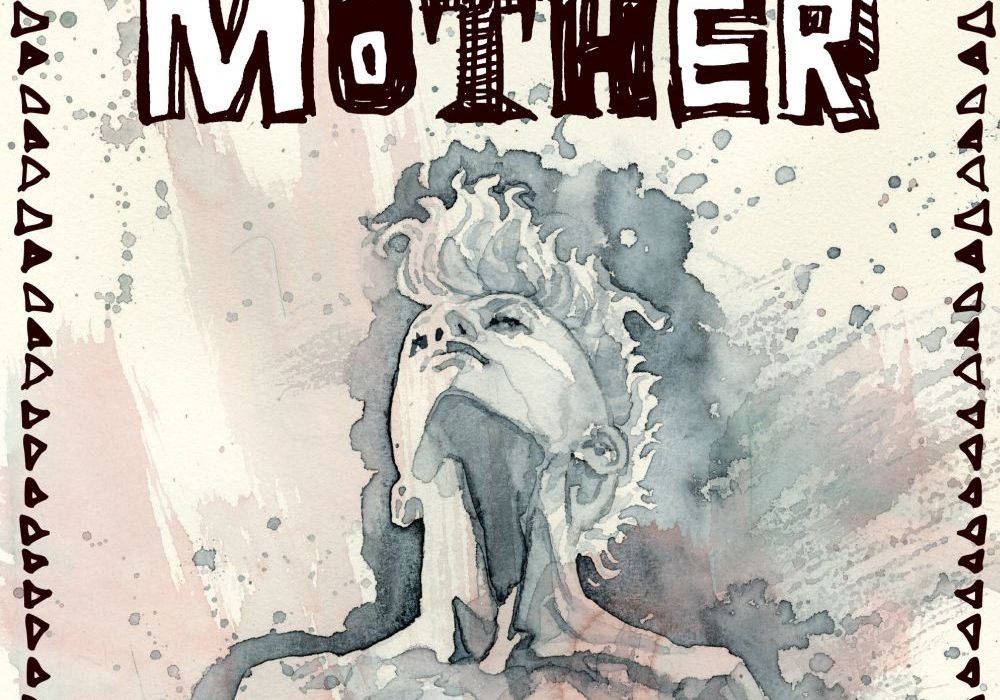 If you had told me that this summer I would be excited for the release of a series staring a character who made a brief on panel appearance in an event book and then later had a one shot as part of another event, I would of told you “sure it’s comics, that sounds about right.” If you had told me it was from the publisher Valiant and writer Fred Van Lente I would of said “yeah, awesome. I love both of those things. I am not sure why you are telling me this I am already sold on this book.” So when it was announced Valiant, writer Fred Van Lente, and artist Stephen Segovia were debuting “War Mother” this August I said, “Ok enough with this bit guys. Let’s just get to August already.”

The series will be a 4 issue story starting Ana, War Mother, with her her sentient sniper rifle, Flaco, in the 4001 A.D Valiant universe. In anticipation for the release of this new series in August, we were able to discuss the book with creator and writer Fred Van Lente. Below you will find out interview with Fred as he discusses the series, writing dialog for talking guns and working with Valiant. You can find “War Mother #1” in store this August 23rd.

Ever since the one-shot, I know readers (me among them) have been waiting for more “War Mother.” We saw her briefly in “Book of Death,” then got the one-shot. What is it like coming into a series with that sort of build up? 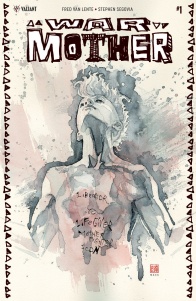 Fred Van Lente: It’s very exciting. I’ve got to say, I’ve been with Valiant 2.0 since the beginning and I really haven’t seen this much enthusiasm — fan art, demands for her return — before War Mother came along. It’s very cool to see, and super-inspiring and motivating for me and the entire team.

For those who are unfamiliar with “War Mother” or Ana, what can you tell us?

FVL: Ana lives in Earth’s far future, in 4001 A.D., long after the collapse of civilization as we know it. Her home is a patch of mutated Amazon jungle roughly where the border of Colombia and Brazil once was. She is the primary protector of her tribe, and bears the title War Mother, because she has been symbiotically linked to her own weapon, a sentient sniper rifle nicknamed Flaco. And she has a lot to protect them from — cannibal mutants, cyborg monsters, and weird plots from the technologically advanced remnants of the old world!

In the one-shot, a huge driving force for Ana was family. That idea was tested fairly quick. Is this an idea we will see continue to be at odds for Ana and the Grove especially in her new role as a leader?

FVL: As a result of the 4001 A.D. event (which, if you haven’t read, is not at all essential to this story, really, so don’t worry about it) the Grove, the home of Ana’s people, is dying. And Ana and Flaco head out into the jungle to secure another one — a high-tech skyscraper left over from the old world called the Montana, left by the forefathers in seemingly perfect condition.

Too perfect, in fact…

Flaco is a sentient gun and maybe my favorite character. How is it writing for a gun? I really enjoyed the banter between it and Ana and also the self discovery it started to experience. Writing for a gun possibly wrestling with its identity and purpose has to be fun.

FVL: Yeah, Flaco is the War Son to Ana’s War Mother. Even though he came into being as an adult, essentially, sentience is still brand-new to him and he’s very curious, questioning everything that’s around him. What I like is that ironically, even though he’s a gun, he’s the more pacifistic of the two, always questioning Ana’s moral choices. He’s like a lethal Jiminy Cricket.

I loved the concept of growing technology and the hunt/scarcity for materials from our present day world the Grove could not grow. It felt like the one shot just touched on the smallest bit of lore you have planed for this world. Working in 4001 A.D line how much freedom do you have for your own world building?

FVL: Thanks! Valiant has always been great about allowing my imagination to run wild, and that’s what’s exciting about the 4001 A.D. environment. Other than Rai’s (formerly) orbital home of New Japan, it hasn’t been explored too much, and I’m able to let every crazy idea in my head run wild.

Comics, especially in recent years, have been a great medium for social commentary. “War Mother’s” ideas and lore have a feeling of “hey we might end up here someday.” “Archer and Armstrong” also touched on some larger ideals from time to time. Is this something you try to do with your series, and if so how does the medium of comics allow you to explore some of these ideas?

FVL: Sure. The literature I like is one that is aspiring to be something more than “Boom, Punch, Smash”. I think it’s important to not let theme take over a story — character remains the most important element. The themes of “War Mother” to me, I guess, are about your responsibility to family, community, and your own morality, and how those things are sometimes at odds with each other. But the heart of the story is the relationship between a Girl and her Gun and that’s how we express those themes.

Also: Shooting monsters in the face!

All of the Valiant books have had interesting villains for the heroes.You yourself are no stranger to this creating some of the craziest villains for “Archer and Armstrong.” What can we expect for Ana in “War Mother?”

FVL: I can say without hyperbole that The Cleansed, the villains in this arc of War Mother, are hands down the most terrifying thing I’ve ever created. Not just for Valiant, I mean period. Ana really has her hands full — not the least bit because they may have figured out a way to turn Flaco against her…

You initially worked and created the character with artist Tomas Giorello. For this series you will be working with Stephen Segovia (“NINJAK,” “Action Comics”). What has Stephen brought to the character and world of “War Mother?”

FVL: I am a real fan of Stephen’s work and this is my first time working with him. His layouts are blowing me away so far with their dynamism and power. He is a really great steward of Ana and her world.

You have done “Archer and Armstrong,” “Ivar Time Walker” and now “War Mother.” What makes the Valiant Universe a place you want to write and tell stories in?

FVL: For all the crazy shit I’ve already mentioned! Valiant really lets creators loose to unleash the full power of imagination on readers, and it’s cool to see how the fans respond so well to it.

What do you hope readers experience and take away from “War Mother?”

FVL: A pulse pounding action story set in an alien world with amazing characters and breathtaking set pieces. What’s not to love?