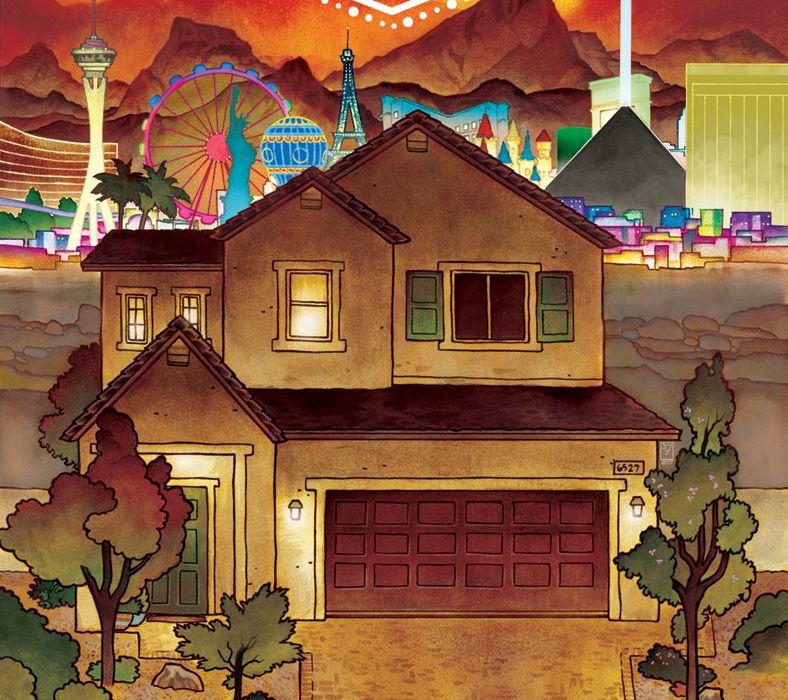 On October 1, 2017, the worst mass shooting in US history took place in Las Vegas, Nevada. Las Vegas is where J.H. Williams III calls home, and he knew he wanted to do something to help the victims of the shooting. Along will Will Dennis, Wendy Wright-Williams, and Eric Stephenson, Williams has curated an incredible group of comics talent to this project. The list below is not the full list, but look at the lineup:

I recently spoke with Williams about the project, and I encourage you to pre-order the book, and help end this cycle of violence that kills far too many people each and every year. 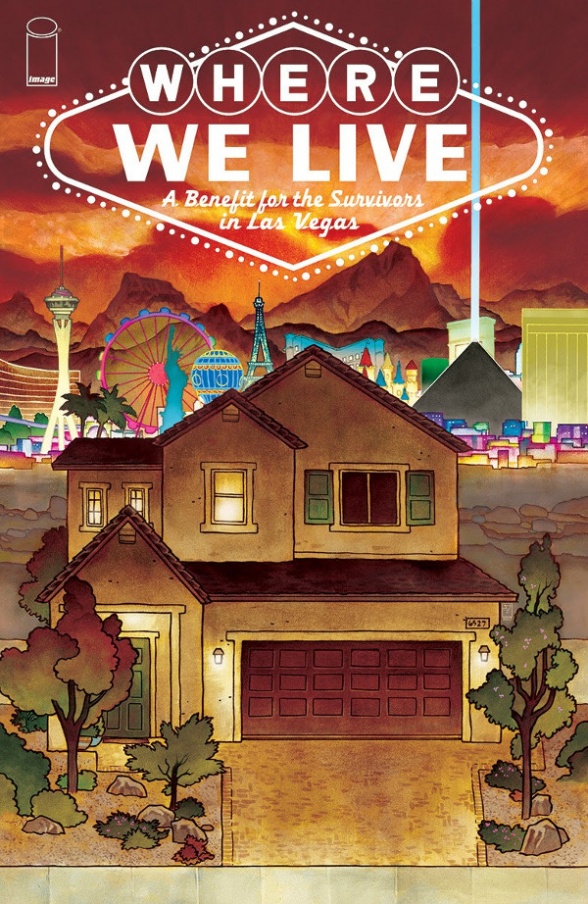 Gun violence is obviously a blight on our society, but we’ve got (sadly) a number of terrible, terrible things that happen in our world every day. Why was this the issue you wanted to put your backing behind?

J.H. Williams III: Yeah, you’re right, there are many problems and issues here and around the globe that need dealing with. We care about those deeply, and we do various other things to try help with those however we can manage. But the issue of gun violence for us is a very personal one. The October 1st shooting happened here at home, we live in Las Vegas. And we know people here that were directly impacted by this horrible incident in various ways. We decided to do this book to try to help our community in the best way we know how. To raise funds, while also addressing the problem of gun violence. And this mass shooting, even though it’s labeled as the worst in American history, it is one of many many incidents. The country is suffering from these horrible acts of gun violence. It has to change. This is why we wanted to see if, through story and art, we could hopefully add something of value to the conversation we must face in our society.

The night of the Las Vegas shooting, I had fallen asleep with the TV on, and woke up to the CNN report. I immediately reached out to my friends in Vegas to see if they were ok. Moments like that stick in your mind forever. How did you hear the news?

JHW: We were away from home to attend a friend’s wedding that weekend. And that Sunday night, after shortly getting into our hotel room, we first heard the news on Twitter. My first reaction was “Is this a joke?”. It was something I couldn’t immediately accept. I suppose thats an expected reaction when hearing something like this is happening in your city. But within seconds it all becomes very very horrifyingly real. And we started doing the same as you, trying to reach people we love to make sure they were safe. It was a sick, helpless feeling. A feeling that after a short time we could not accept. We felt compelled to try to do something about it.

Gun control is a polarizing issue, with many strong opinions on both sides. Did you have to adapt the list of talent you wanted for this anthology due to perceived or actual disagreements on this issue?

JHW: When doing an anthology for charity you have to basically go with what comes your way. You need to take on as much you can from volunteers, because you’re getting work done for free. But considering the subject, our goal was to make sure we were understanding what each author was wanting to convey, and offer advice or feedback to help that along if we had any thoughts on the content that might be useful. We gave no mandates on content or perspectives, other than to avoid knee-jerk reactions, and to be thoughtful. We did provide a list of subjects that surround the issue that we were hoping to see explored. The only other request we made was if the story was going to cite facts, then we wanted annotations on where that information came from. Another goal was also to see if we could get people to discuss their own personal perspectives, regardless of where that may fall on the spectrum of the issue. It was important to do our best to not interfere with anyone’s point of view, regardless of our own. This had to be individual voices for it make sense. If the book by the end leans toward a particular direction or another, that is purely due to the tide, and not a conscious effort by us. We also wanted to get as many eyewitness accounts and local perspectives into the book as possible. We felt doing this acknowledges the community’s own feelings on what happened. I hope we’ve handled that decently. But even though book does talk a lot about Las Vegas, it also goes a long way to talk about how this issue is affecting our larger society, and to some degree how some of the rest of the world sees it as well.

Who were the first creators you reached out to? Who did you feel needed to be a part of this book?

JHW: Like I was saying above about this being for charity, we needed anyone who was willing to participate. So we (me, Dave Stewart, editor Will Dennis, and assistant Michael Perlman) started sending emails and messages to everyone we possibly had contact information for. One of the first to respond was Neil Gaiman. And there were some folks who reached out to me on their own early on, like letterer Bernardo Brice, who has done a lot of work on this book.

The talent line up is really staggering. Whose work surprised you the most when it came in?

JHW: Oh, thats really tough to say. In all fairness I don’t think the work can be quantified in that manner. Everyone participating cares about this issue of gun violence, and the issues that surround it. And so everyone has turned in very profound pieces, but each in their own unique way. In a manner they knew they would be their strongest.

Books like this don’t always age well, and stories that dive too deep into current events can come off as being more well-intentioned than actually good. How do you balance everyone wanting to be involved and help, but also make sure the quality of the work is there?

JHW: Everything we take in with stories is always going to be received based on a reader’s own personal perspective, their own place in time and mind state when reading that story. One person reading a story can garner a very different reaction compared to someone standing next to them reading that exact same story. This happens all the time. That same reader might read that story at a later time, and come away feeling a very different thing than what they felt or thought the first time. If the book doesn’t age well, I can only hope that would be due to the problems of gun violence having had some sort of positive resolution in the future. And then the book could serve the purpose of being an artful reminder to not go backward.

Tell us a bit about your pieces in the book.

Most of us can’t call upon a bevy of talent to put together a book like this, but still want to help. What would you recommend for someone who purchases this book to take as their next step in helping?

JHW: A good idea beyond raising funds from purchasing the book is to make your voice heard on the issue or issues by calling your local representatives and saying whats on your mind. And also be willing to discuss the problems with friends and family, getting active in your community in whatever way you can manage.