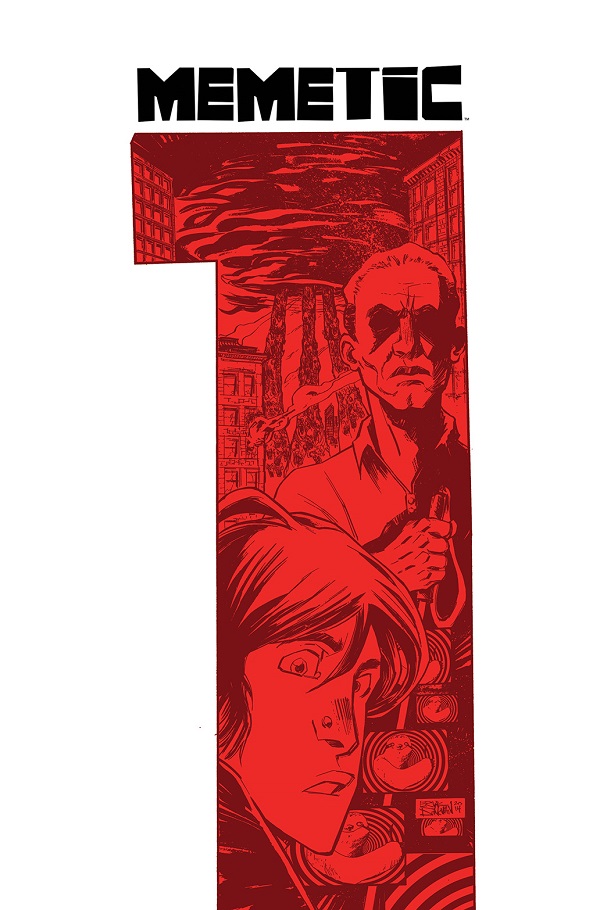 Memes. In recent years, the phrase has come to define internet culture through innumerable in-jokes shared and permutated to the point of ad nauseam.But what if the innocuous images we share through Tumblr, Twitter or Facebook if you’re a sad old person held some unspeakable power? With the rate at which information spreads these days, a viral image could cause some serious damage if it carried any devastating subliminal messages. If the image were powerful enough, it’d probably only take a couple days to bring humanity to its knees.

In the upcoming three-issue miniseries “Memetic” from BOOM! Studios, James Tynion IV and Eryk Donovan reunite after their work together on “In the Dark” and “The House in the Wall” to craft the ultimate meme: The Good Times Sloth. Advice Dog meets Good Guy Greg meets unspeakable abomination, Good Times Sloth will bring about the end of all human civilization. And in “Memetic”, we’re going to see how Good Times Sloth destroys mankind over the course of 72 hours.

Before the first issue drops in October, we talked with Tynion to discuss the upcoming three-issue miniseries, kidnapping artists, and which real-world memes are most likely to bring us to ruin.

It takes a lot for a meme to become a viral hit in this saturated internet culture. What exactly is it about the Good Times Sloth that allows it to go viral?

James Tynion IV: The reason anything goes viral is because it elicits a kind of response in the people who experience it on the web. Whether it makes them laugh, or cry, or makes them angry… that emotional response is what we want to spread. We feel something, and we want the people around us to feel that same something so we can talk about it or comment about it, or what have you.

The Good Times Sloth literalizes that process in a major way, because it actually gives the people staring at it a sensation of euphoria that rolls through their body as long as they’re staring at it. That extreme an emotional response demands to be spread because it is so powerful a feeling. That’s the piece of this that allows for the Sloth to spread inexorably across the whole digital landscape faster than any single piece of digital information in history.

How’d the design process for the Good Times Sloth come about? Where did you and Eryk Donovan find the inspiration for it?

JT: I had the idea for the story about two years before I hammered down the idea of the sloth. When I first described the series to friends, inside the industry and outside of it, people tried to push me towards something a bit more obviously menacing, and deeply creepy in and of itself. Something more along the lines of the video tape in the Ring film series. But that never felt right to me.

Memes, as they exist online, tend to be extremely innocuous images, and the archetype seems to the the “advice animal” mode, and that seemed way more real to me. The idea that a goofy animal picture would spread around the internet and cause the end of the world just seemed right, and seemed to say more about this moment in time. I ended up just describing it as a Sloth giving a thumbs up, and Eryk just executed that idea PERFECTLY. I love the image he put together for this. It’s creepy and strange, but also the kind of thing you MIGHT actually see going viral as a kind of advice animal.

It was our colorist, Adam Guzowski, who came up with the amazing 3-D style spiral effect which I feel really elevated the whole thing to new heights of spooky.

You’ve already worked with Eryk Donovan on (the excellent) “The House in the Wall” for Thrillbent. How did you come to collaborate with him and Adam Guzowski for “Memetic”?

JT: My first project with Eryk was actually on a short piece for the “In The Dark” horror anthology that Rachel Deering created for Kickstarter, which was ultimately published by IDW. We instantly clicked, and that’s what led to my bringing him on for my new Thrillbent series, and also what led me to put his work in front of my editors at BOOM! Studios, Eric Harburn and Jasmine Amiri. I knew I wanted to do more work with him ASAP, and “Memetic” turned out to the be the perfect project to dig into with him.

Since it’s the third project in under a year I’ve worked on with Eryk, I think it’s safe to say that you’ll be seeing more from the two of us. My goal is to kidnap him and make him draw pretty things for me forever. Eric and Jas brought Adam onboard the series, but from the first color test, it was clear that he was absolutely phenomenal, and he’s given such incredible life to the series. I couldn’t be prouder of the whole Memetic team.

You mentioned you had an idea for the story two years before the concept for Good Times Sloth came about. Were there any prototype memes you had thought of beforehand?

JT: I can’t really say that there were prototypes, more just an unknown that eventually fully shaped itself into the Good Times Sloth.

There’s a precedent for memes affecting reality in negative ways, namely in the case of the twelve year olds who were arrested for trying to murder their friends under the “orders” of Slender Man back in June. Would you say “Memetic” builds on these kind of real-world fears, if not the aforementioned incident?

JT: I wasn’t so much interested in the idea that people might take an idea online too seriously and cause trouble because of that, it was much more about the larger fear about the proliferation of information in the current age. If anything served as a kind of starting point to think about all of this, it was the revolutions in the Middle East a few years back that seemed to build out of how quickly information was able to spread in places that that had never been possible before. It’s the idea that you can post a thought online, and over the course of a month, or a week, or a day, that thought can “infect” hundreds of thousands, if not millions of people, from a single starting point.

The idea of evolutionary memetics, which is where we get the word “Meme” from, is the idea that ideas spread through communities in a path similar to genetics. Helpful ideas spread over time over entire civilizations, and ultimately those ideas move us forward… but if you start thinking of a malicious thought, a thought that can literally destroy a civilization, that’s much more frightening. Especially because we’ve advanced to a point where spreading ideas can be instantaneous around the globe. A short term “high” means that you can spread a dangerous thought across a populous faster than they can realize how badly it could hurt them.

That’s where the horror in it all is, and that was the root of the story. 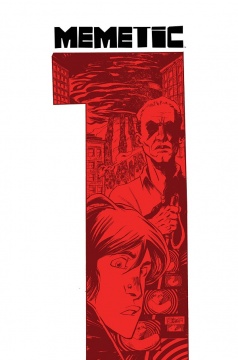 JT: The origins of the Good Times Sloth shape one of the core mysteries over the three issues. Because at the end of the day, this is a simple image, and there is absolutely NO reason it should cause the destruction that it does. How could something like that be designed? What kind of person WOULD build that, and why?

There’s definitely a really interesting corridor about the deep web, and places like /b/ on 4chan, where it seems like dangerous ideas are birthed and propagate regularly, but there’s a refining process that keeps the real monstrous stuff from shooting around the internet virally. The Good Time Sloth shows itself front and center on a Reddit style mass message board, and people take it on from there.

I find it interesting you mention how the big fear within “Memetic” is just how quickly information can spread. It’s a practically intangible threat. Is it safe to say the futility of fighting the Good Times Sloth will play a major theme in this story?

JT: Absolutely. We’ve willingly made ourselves so completely vulnerable to this kind of attack, that if it came around, I don’t think there’s anything we’d be able to do to stop it. That’s what I want to capture with this story. That sense of hopelessness when we’ve built society into a thing that could destroy us with something as simple as a dangerous thought.

Where exactly can we expect to see the world when “Memetic” begins? How far along has the Good Times Sloth conquest of Earth gone?

JT: We’ll see a quick flash of the end of the third day, but then cut back to the moment it all starts… The first issue is seeing this image go from being posted online early one morning, to the complete destabilization of society. It’s not a fun day for the people in this world, but if I’ve done my job right, it’ll make for some good reading.

Though the first issue hasn’t dropped, it seems you, Donovan and Guzowski have a pretty solid premise behind you. It might be a bit early to say but is there the possibility of extending the story of “Memetic” beyond a three issue miniseries? Or are you going all in on the destruction of human civilization?

JT: I’ve only ever seen this as a three issue miniseries, each issue depicting a day, moving towards the end of the world. With all three issues out in the ether, I think we’ll have said everything we’re looking to say. But that’s also why the issues are oversized… We needed the room to tell the story at the scale we wanted to tell it. It’s going to be an intense and wild ride towards the end of humanity.

If you had to choose one meme from the real-world that would bring about the utter destruction of human civilization, which would seem most likely?

JT: Have you ever seen the work of Cyriak? “Baaa” in particular seems to have some real universe shattering evil powers lurking behind its strange surface.