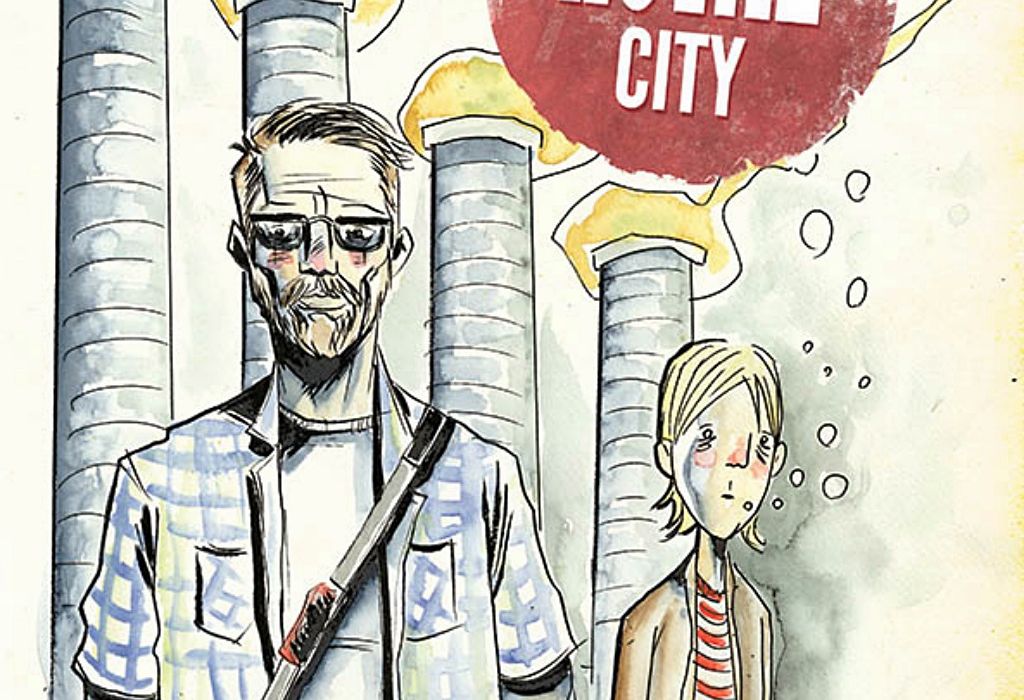 We aren’t really sure how Jeff Lemire has time to sleep. As you’ll read shortly, he is currently writing four series, as well as writing/illustrating his new creator-owned book, “Royal City,” for Image. The series, which drops on March 1st, sees Lemire returning to the types of stories he told before bringing his talents to mainstream superhero comics: a grounded story, centered around a family. Jeff recently spoke to us about the book, his workload, and what to expect from him in the future. 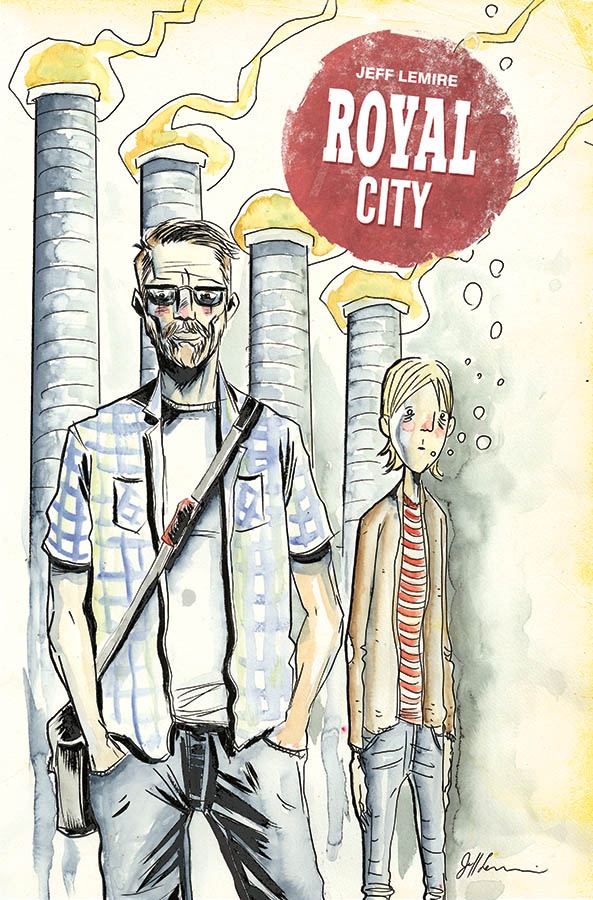 “Royal City” seems to be a story that centers on a family and their relationships, something akin to “Essex County” but with hints of mystery and something coming close to supernatural elements. It seems like a more grounded story compared to your recent output of sci-fi and superhero comics. What can you tell us about this story?

Jeff Lemire: It is definitely more grounded, but as you said, there is something strange going on in “Royal City” too. I’ve been doing so much genre work in recent years with all my Marvel and DC writing as well as books like “AD,” “Descender,” “Plutona,” “Black Hammer,” etc. So I really had a longing to get back to the kinds of stories I started off writing like “Essex County” and “Underwater Welder.” But I also became really intrigued by the idea of doing a story like that on an ongoing, serialized basis rather than as just one big graphic novel.

A graphic novel is a great thing. It allows you freedom to go off and create a story in a vacuum, free of the monthly deadlines and pressure. But the longer serialized storytelling of a monthly book allows for exploring characters, themes and ideas across a greater amount of time and space

As much as I want to tell grounded and human stories about “real people,” I also don’t want to do a straight “slice of life” book. The comics medium is so rich in its ability to visually communicate ideas and emotions it would be a shame not to use that. So I love having this really grounded story, with a very realistic cast of characters, but also having this strange and mysterious other world just below the surface that our characters seem to be tapping into.

You’ve spent the last few years writing numerous books for various companies and drawing “AD: After Death,” which Scott Snyder writes, but “Royal City” is the first book you’ve both written and drawn since “Trillium.” How does it feel to be back in that groove, writing and drawing your own story, again?

JL: It feels AMAZING. I missed the discipline and the even the grind of drawing a monthly. There is nothing else like it. I’ve still been drawing every day for the last four years, but it was all graphic novels, so rather than having something come out every month, it all sort of came out in the big chunks at the end of 2016 and this Spring.

I love having something new that I both wrote and drew every month. That sort of immediacy is something you can only get in comics.

Tommy Pike, the youngest of the Pike siblings who died years ago, appears as a different person to each of his family members. He also seems to be at the center of the weirdness of “Royal City”. What can you tell us about him?

JL: Nothing! Sorry. Tommy is indeed the center of the mystery so the less I say here the better the book will be to read each month.

Patrick Pike is a character that you’ve described before as your opposite doppelganger, a writer who found early success, but essentially wasted it. How is it writing a character like that?

JL: It’s fun to indulge my worst aspects and habits and exaggerate them. I can self-destruct on the page and not have to do it in real life. I get to live vicariously through not just Pat but all the Pike family.

I think there is a little bit of me in each of the characters in the family — either exaggerated versions of me, or extreme versions of me. And yes, Pat is the easiest to draw comparisons to. He’s the same age as me. He grew up in a smaller town and moved to a bigger city, like I did. It will be revealed later that his career path followed very closely to mine. He was a cook in kitchens in the city and was writing all of the time and finally wrote this one breakthrough novel called “Royal City” that was set in his hometown, just like I did with “Essex County.” And that made his career.

But then his career took a nosedive and, thankfully, my career hasn’t (yet). He made some bad creative decisions once he “made it,” and got lost in the whole fame thing. When we meet him now, his career is really on the downturn and he’s desperate to turn it around. He’s got money issues and marital problems and lot of things that I’m not dealing with. It’s like me if I had made of all these wrong decisions after making “Essex County” and my life had fallen apart and thankfully, my life has gone the opposite way. But it’s kind of fun to explore those what ifs and the dark side of things.

In previous interviews, you’ve talked about how the idea of returning to the Pike family at different points after this initial series is something that interests you. What other sort of stories would you want to tell?

JL: I don’t really know yet. I have this one big story now that I see lasting 20-25 issues. And I think the characters will grow and change over the course of the next two years drawing that story. That’s the joy of the ongoing series, these characters can change and grow with me and new stories can pop up. I love not having the whole thing mapped out and I love being able to surprise myself as I go.

Writing and drawing a monthly book while writing multiple other monthly books has to be a pretty big juggling act. How are you scheduling your time to make it all possible?

JL: Honesty, my schedule right now is lighter than its been in the last couple of years. I’m currently writing 4 books as well as writing and drawing “Royal City.” The last two years I have been writing upwards of 7 books a month, plus drawing every day, so this is pretty relaxed for me.

My Monday-Friday regular workday is all drawing “Royal City,” then I write my other scripts in the evenings and on the weekends. I try to do 1 script a week that way.

And, maybe most importantly for me moving forward, “Royal City” marks the start of me really scaling back my writing for the “Big Two” and instead focusing on my own books, “Royal City,” “Black Hammer,” “Descender,” and a few other creator-owned things I have in the works.

JL: I’m putting everything I have into “Royal City” and loving every minute of it. Working on the book feels like entering my own little world, and I hope the reader feels the same way when they read it!