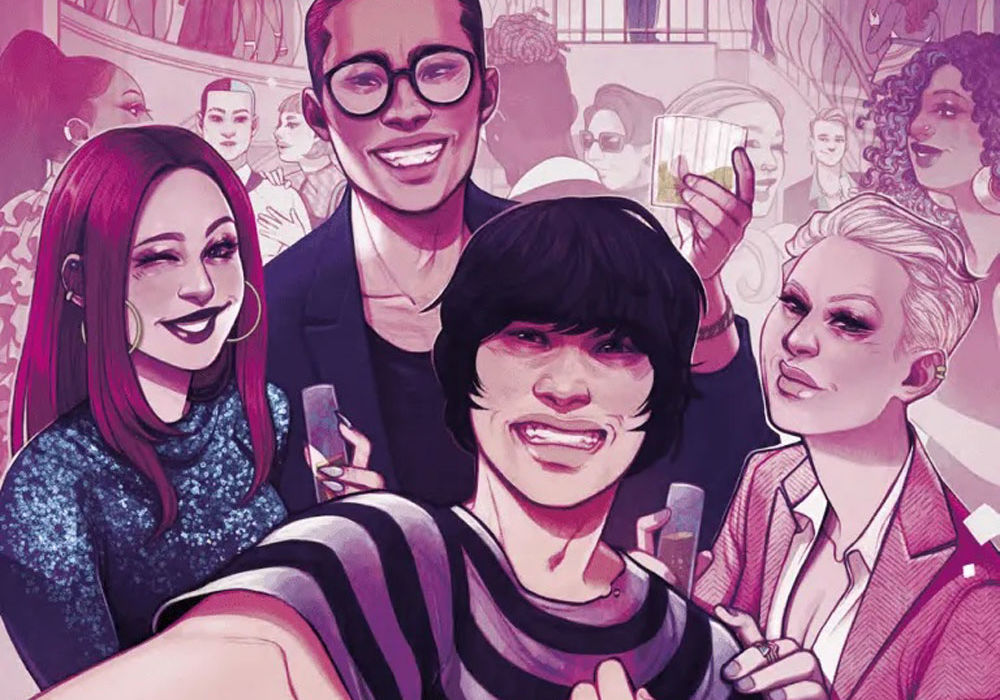 Note: following the publication of this interview, AWA decided to release the series as a single, original graphic novel in Spring 2023. The original article is as follows:

1925, F. Scott Fitzgerald’s The Great Gatsby hit shelves, quickly cementing itself as the definitive work of the jazz age. Its themes of greed and betrayal would resonate with readers for nearly a century after its original publication. Writer Jeremy Holt, best known for “Made in Korea” and “Virtually Yours,” was one of them.

Holt and artist Felipe Cunha (“Avengers,” “Return to Whisper”) update the 20th century classic for a new era with “Gatsby,” a racially diverse, LGBTQIA-led retelling of Fitzgerald’s seminal work. The eight issue miniseries, published by AWA Studios and due out this November, sees middle-class Singaporean student Lu Zhao pulled into a world of dark web bootlegging and online identity theft while spending the Summer with his rich cousin Tommy.

We spoke with Holt via email about the project, how it came to be, and who they would like to adapt it for the screen. Spoiler alert: It’s not Baz Luhrman. We would like to thank Holt for their time. 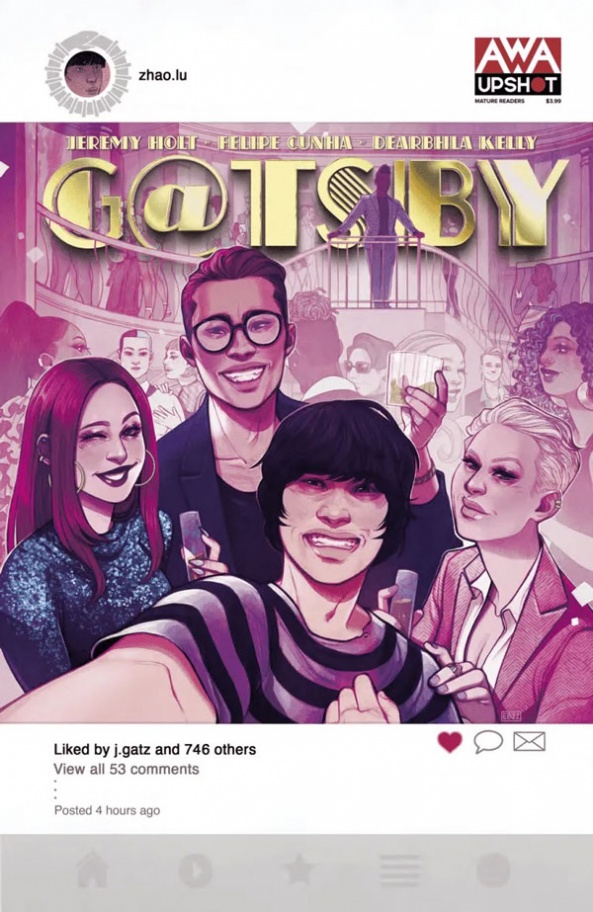 Why Gatsby? What originally drew you to Fitzgerald for this project?

JH: The character of Jay Gatsby was, is, and will forever capture readers imagination. Don’t we all wish we could transform ourselves into the best possible version, that anything and everything is possible if you just believe in it enough? I was drawn to Fitzgerald’s themes in The Great Gatsby after I read it for the first time in 2017. At the time I was outlining a prose novel featuring a wholly new serial killer, so I was pleasantly surprised by how swiftly Fitzgerald’s second novel seized my attention. I tend to follow the fun when writing, so I shifted massive gears to turn focus on how I might adapt this immortal work.

How did the project take shape from there? How long had you and Felipe worked on it before the announcement?

JH: The project took a rather circuitous route. I initially wrote it as a YA prose novel, but it wasn’t very good. I decided it’d be more fun to try it as a graphic novel, so I adapted my adaptation. By the time I got the pitch ready it was 2019, and Felipe and I have been working on it ever since.

Apart from updating it for the 21st century, how close to the original source material do you stick?

JH: I tried my best to stick to the source material, but there were several factors that forced me to shuffle things around to best fit the current time regarding music, fashion, interior design, and technology. Also, the cast are teenagers, which required dynamic updates to the overall narrative. Even though things have been shifted and transformed, I hope fans of the book will enjoy this new take. 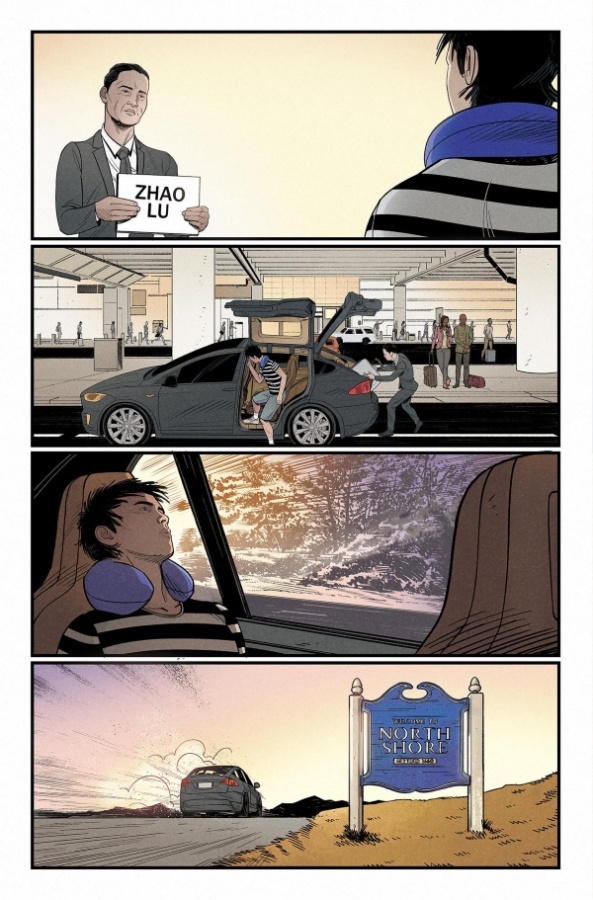 You’ve also mentioned pulling themes from your own life. How personal has this book been for you compared to your other work?

JH: Just about all my published work focuses on the theme of identity. This is no different and I had the opportunity to explore identity through the lens of technology. I’ve been wanting to explore my feelings and thoughts on the societal effects–good and bad–of apps like Instagram and TikTok. The Gatsby narrative complimented my exploration quite perfectly. Lu Zhao, my Nick Carraway stand in, is not only a window for readers to glimpse into Gatsby’s America, but is also a personal reflection on my experiences as a queer POC. The Asian-American diaspora is complex, but I gained immense catharsis from this story. I hope readers enjoy it, and for anyone like me to feel a little more seen.

Did anything new come out while you were updating the original text? Did you find any of the original themes deepening as you diversified it (or even just added things like smart phones and social media)?

JH: There are too many interesting and fun developments that resulted from updating the original text. The sole reason I decided to embark on this adaptation was because all the original themes of the book are still applicable today. By contemporizing them, my goal was to breathe new life and meaning into them. The technology component is one of the primary updates that recontextualizes the source material for younger generations. I think anyone that has an Instagram or TikTok account will find this story much more relatable than when it was assigned in high school. 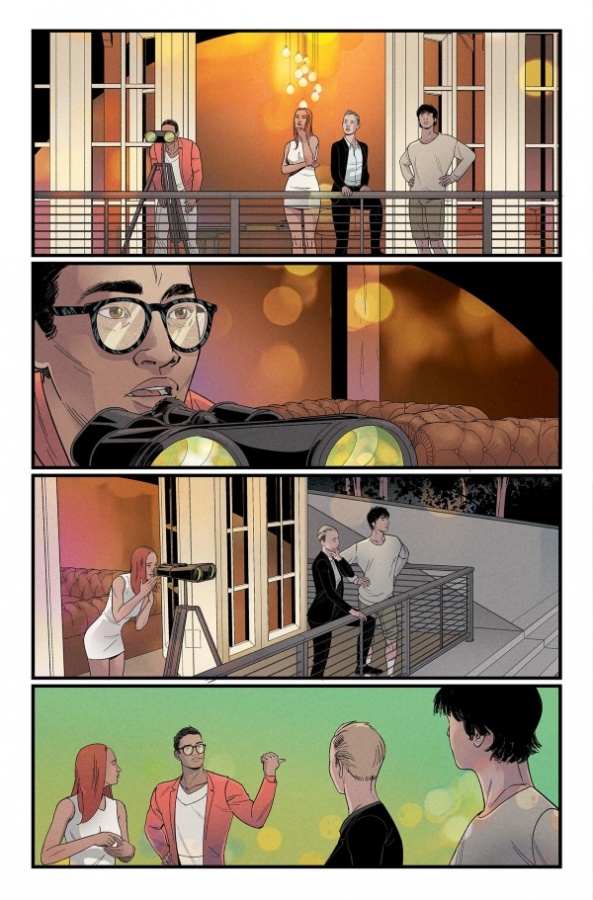 How has it been working with AWA Studios on this book?

JH: It’s been an absolute dream. Axel Alonso believed in this book when no one else did. And for that, I’m an AWA Studios fan for life.

Finally, have you seen the Baz Luhrmann movie? And would you let him adapt this comic?

JH: I have seen it. And absolutely not. Having a white person tell this diverse story would be a missed opportunity to have a POC filmmaker adapt it. If I had my pick, I would be honored to have either Bong Joon Ho, Lulu Wang, and/or Ang Lee to helm the adaptation. 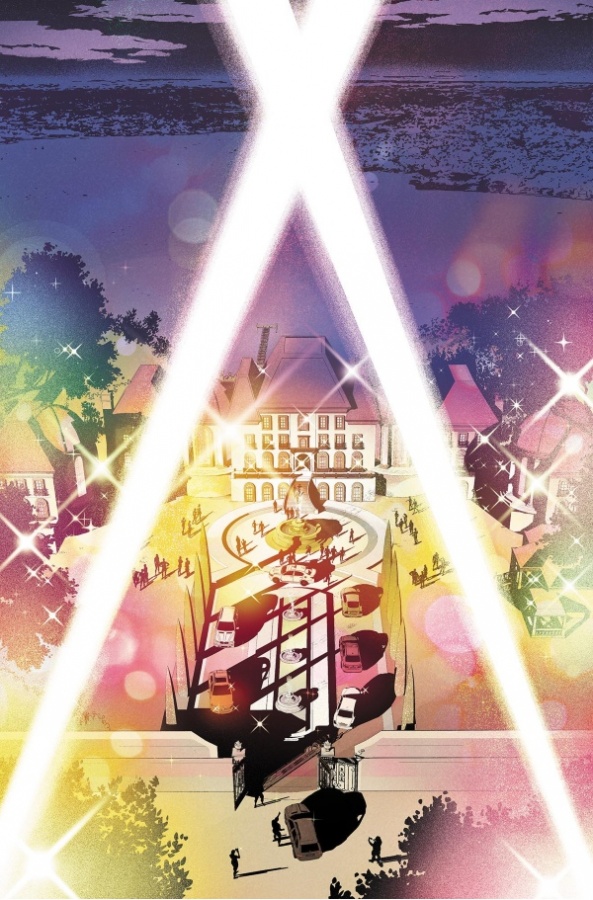