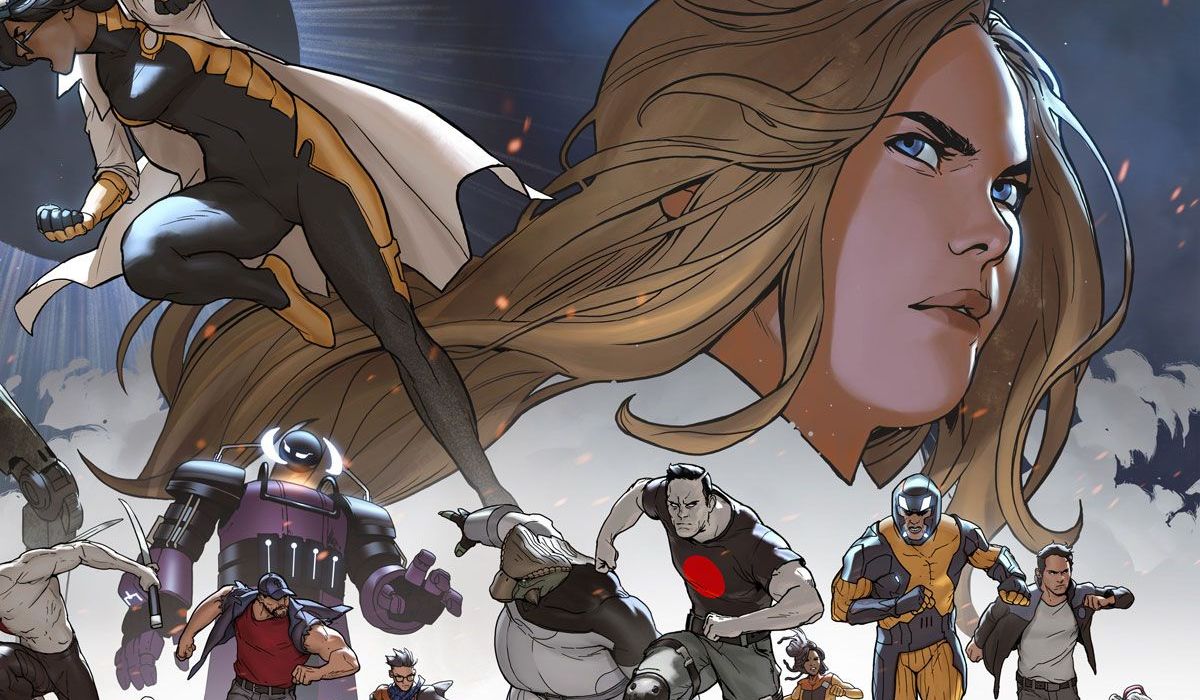 It was in the year 1992 that Faith Herbert debuted in the Valiant series titled “Harbinger,” and it was another 20 years when she retuned to the pages of “Harbinger” with Valiant’s relaunch. Since that time, Faith has grown into one of the most beloved characters in the Valiant Universe. One of the people behind the rise of Faith is writer Jody Houser; Jody wrote Faith’s first mini series and then took on the “Faith” ongoing series.

Issue 12 will mark the final issue in Houser’s current, Eisner nominated, series. This, however, is not the end, but another beginning for both Jody and Faith. Following the end of Faith’s series she is lead Valiant’s next big event this summer, titled “Faith and the Future Force.” Set to debut July 26th, the series will consist of four self-contained issue focusing on Faith leading a team of Valiant heroes from the present and future to battle a sentient artificial history, bent on rewriting history to annihilate Earth. Faith will find herself teamed up with X-O Manowar, the Harbinger Renegades, Rai, Dr. Mirage, Ninjak, the Eternal Emperor (future incarnation of the Eternal Warrior), and Neela Sethi, the current Timewalker. 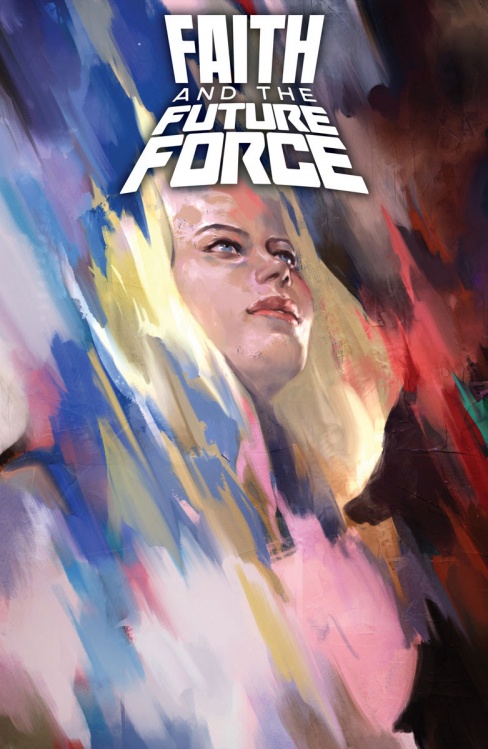 First off, congrats on the Eisner nomination for “Faith” this year! For you bringing Faith into the forefront of Valiant line in an acclaimed mini series, then an Eisner-nominated ongoing, and now to her leading a summer event, how has this experience been? What makes “Faith and the Future Force” a story worth telling?

Jody Houser: Thank you! Working on Faith has been a delight, and seeing how much she means to fans has been incredibly gratifying. “Faith and the Future Force” is really the next evolution in her journey as a hero, facing perhaps the biggest threat any superhero can: the destruction of reality itself.

Similarly from the pages of “Harbinger” to now, Faith has been through a lot and you have devloped her as a true hero, and great character in the series. How has she changed since you began writing her, and who is she going into “Faith and the Future Force?”

JH: I started writing Faith just as she was setting up a new life for herself, and she’s really come a long way working on her own. She’s gone from having an alias to a real life with a job and civilian friends that she cares about. She’s also built up her own rogues gallery in LA. She was always fairly confident, but in “Faith and the Future Force” we’ll see just how much she’s come into her own.

This series will be a huge step for Faith, being at the center of a major Valiant event and leading a team to save time and the universe. Why is she the character to take on this big of a task? Additionally for you, how is it being the writer on a big and anticipated summer comic event? 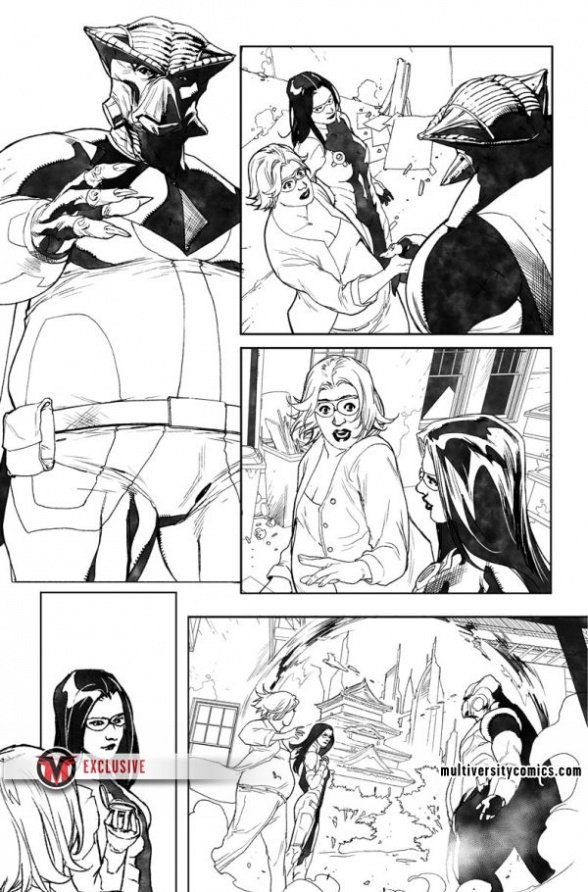 Exclusive interior art from Faith and the Future Force #1

JH: Dr. Neela Sethi, the new Timewalker, is the one who recruits Faith, for reasons even she may not fully understand. Time is a mysterious thing! As for working on the event, it’s the scope of it that’s the most challenging. That’s a LOT of characters to manage.

The event will keep up the multiple artist issues we saw a lot of in the ongoing Faith series, with Stephen Segovia and Barry Kitson solicited for the first issue. As a writer, how do you approach writing for different artists in the same issue?

JH: I’ve actually worked with multiple artists on quite a few comics since I started in the industry, including stories as short as six pages. I find that as long as there’s a storytelling reason for multiple artists or styles, it works well on the writing side.

In the ongoing series, it was a lot of fun to see the development of a rogues gallery of cool villains for Faith. A summer event is a good place with epic versions of villains and extraordinary challenges. What can readers expect to see Faith up against in this series?

JH: The AI that wants to take reality apart actually has a very non-threatening character design. But he’s probably one of the scariest villains I’ve ever written. Especially in “Faith.”

Faith’s enthusiasm and energy is one her most recognizable characteristics. What will it be like for Faith to interact with so many of Valiant’s heroes? How has it been as a writer creating that dialog?

JH: One of the greatest things about Faith is that she’s always true to herself, whether she’s working alone or with a team. It’s a lot of fun putting her with some of the heroes who are a lot darker and grimmer than she is and seeing that contrast, because I know she’ll never be that person.

This series sounds like dream scenario for Faith, in the sense of a sci-fi time travel adventure. Will we see her, and by extension we, revel in the awesomeness of this?

JH: Oh yes. She won’t be able to contain her excitement. Or her Doctor Who references.

“Faith and the Future Force” will follow the end of “Faith” at issue 12. I know you can’t say anything, but will we continue to see the Jody and Faith team? Being able to play with a lot of the Valiant Universe with this series, is there anyone you got to write that you would love to spend more time with? 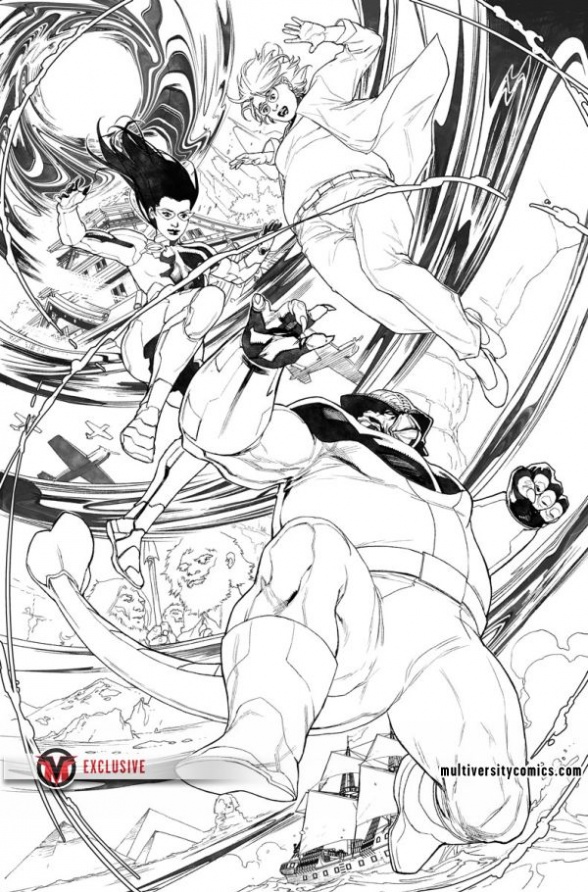 Exclusive interior art from Faith and the Future Force #1

What do you hope readers take away from “Faith and the Future Force”?

JH: I hope it will give fans a new perspective on Faith and what makes her such a great hero. And for people who aren’t as familiar with the larger Valiant Universe, I hope they find some new characters they want to check out.