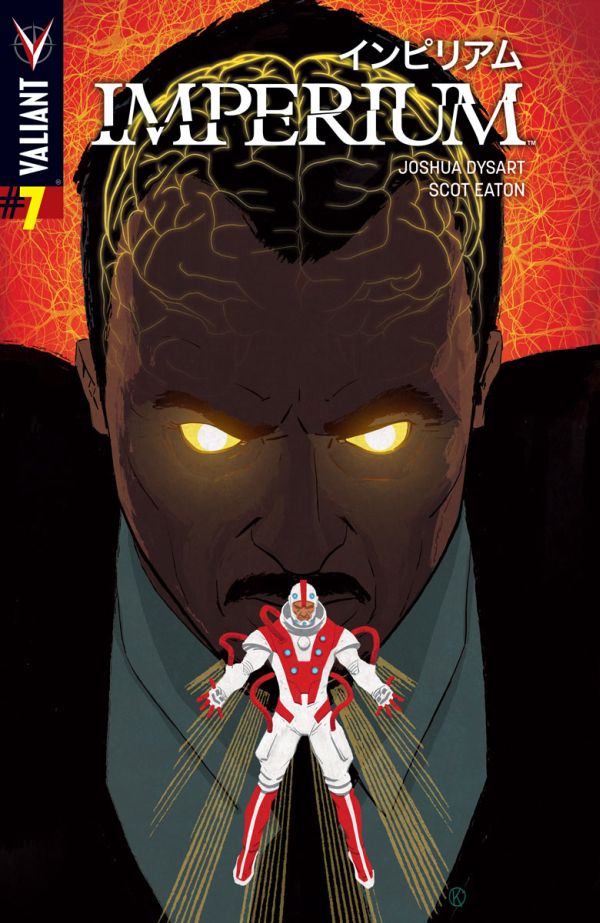 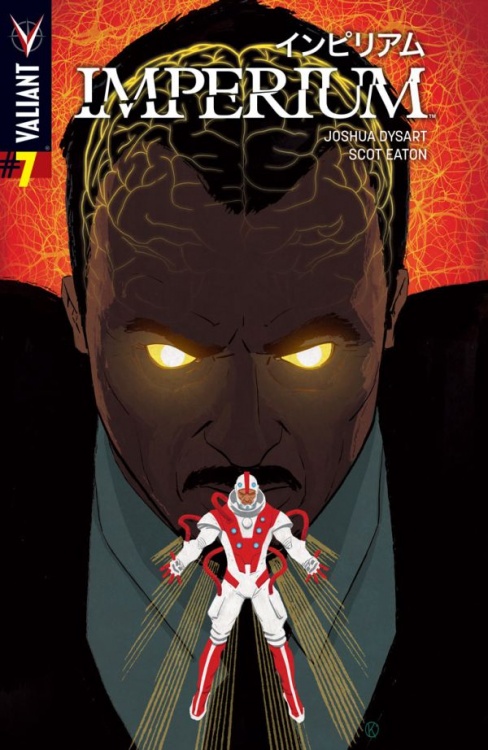 “Imperium” has been one of the more unconventionally thrilling series of 2015 – it is a book about a team of supervillains who want nothing more than to help mankind. Think of Lex Luthor, but without the hatred of Superman. We wanted to get some inside dirt on the series, so we tracked down writer Joshua Dysart to chat about his process, working with Scot Eaton, and his plans for the future of the book.

The first arc of “Imperium” was very character driven, especially compared to the more frantic pace of the first “Harbinger” arc. Was that steadying of pace intentional?

Joshua Dysart: Yes. I knew that “Imperium” was a crazy book that was going to try and bite off more than it could chew. And when a book is big and complicated like that, character is often the first thing that gets lost. Character is important to me, far more than plot, so I decided to start down on the ground, in their heads; tell what is essentially four “origin” stories. That way people will know them and start investing in them immediately. Because I might not have time to get that done later, when the plot-sparks are flying.

Bringing the lens to the current events in “Imperium,” we’ve seen “wars” in superbeing books for a variety of motivations. What made you go with the cold fusion reactor Broken Angel designed?

JD: Because this is a war for a better world. And so when I come up with plot elements and motivations and MacGuffins and all that, I think about what the human species would need to create a post-scarcity utopia. And look, a Utopia is one thing, but to achieve true post-scarcity, extraordinary technology would have to be invented.

This is all part of the grand design of “Imperium.” A supervillain team whose plan is not to blow up the world or create a slaves of all humanity…but to overthrow the entire paradigm for the betterment of all people.

It’s more than Broken Angel and P.R.S. that Harada’s cohorts encounter this arc, according to upcoming solicits. What was it like writing such an otherworldly character like Divinity interacting with Harada’s group?

JD: It was fun. I get to humble Harada for the first time since Peter rocked his world. I think that goes a long way in humanizing Harada. And in fact, through Divinity, I tell the first really Harada-centric story in “Imperium so far. It just seemed to fit perfectly. I like characters who are punching up, not down. If you know what I mean. Divinity turns Harada into one of those characters.

You’ve worked with several artists during your tenure at Valiant, the latest being Scot Eaton. How does your scripting style change, depending on the artist you’re working with?

JD: Drastically. When you first start working with a new artist you have no idea what’s the best way to help bring their full glory to the page. So you look at a lot of their work and you try to guess. The action thrust of the “Broken Angel” storyline has a lot to do with the way I perceived Scot’s art before I started working with him. But it’s always around my third issue working with a person that I really start to get them, start to figure out how to write right for them. When you see the Divinity issue that Scot drew, the third script that I’ve written for him, you’ll see exactly what I mean. He’s a monster on that issue.

And that’s why this new trend in comics, the changing of artists on books in rapid intervals, is really frustrating for me. I feel like right when I get to know an artist, just as we’re about to symbiotically link and create something extraordinary that neither one of us could’ve created alone, I lose that person and have to start the process again from scratch with a new one. It’s like I’m looking for monogamy, but I’m in a promiscuous world. Fortunately Valiant gives me amazing artists to work with. I’m really lucky in that regard. So, I guess if you’re gonna sleep with a lot of different people, it helps that they all be really hot.

Looking to the future, we have “The Book of Death: The Fall of Harbinger” in September and the return of Peter Stanchek. I noticed on Raul Allen’s cover, Peter is flecked with blood while Harada is squeaky clean. Is that an allusion to how the two operate?

JD: Not really, it’s more an allusion to how the book ends. But that’s all I’ll say on that. I’m super excited for that book. It’s not going to be what anyone is expecting and so I hope people like it. The pages look AMAZING.

You have been known as a man who heavily researches into some of the more destabilized places in the world, between your work at Valiant and “Unknown Soldier.” What kind of research went into “Fall of Harbinger,”” which takes places in the years to come?

JD: Well, I get asked about my research a lot. And the truth is, the Valiant stuff sort of just comes out, research free. I just take things that concern me, or knowledge that I have from other stuff, and I put it in there. Research takes time and commitment, and it also takes space on the page. Monthly comics doesn’t provide a lot of any of those things. I’m happiest when I’m doing on the ground research, because usually I’m among extraordinary people, and I feel like I’m participating in the real world. Like the trip to Northern Iraq I took last December. I like being on the ground. If people are struggling, I want to see it, because the idea of knowing the truth is important to me. Some of the things that concern me, some of the truth I’ve seen, it makes its way into the Valiant books, but more in a sort of overall “world-view” kind of way. The places I’ve been (five continents, three war-zones, countless refugee camps, one mega-slum) have changed my world-view, and my world-view makes it into everything I write.

The solicits describe the coming of the Great Destroyer, which you’ve alluded to way back at the beginning of “Harbinger.” This made me have to ask the question: How far ahead do you plan and how have your original designs changed?

JD: You always have grand, far-reaching plans. But the truth is, stuff doesn’t shake out like you want it to. The market rises, the market falls. The shared universe nature of the books often causes changes in the overall line you never could’ve expected. You have to be nimble. You can’t rely on your plans coming to fruition exactly like you hoped they would. So the answer to your question is nebulous. I always have a lot of big plans, but by the time they hit the page, they’ve often been changed or contained or transformed. And that’s okay. That’s the process. That’s just monthly comics.