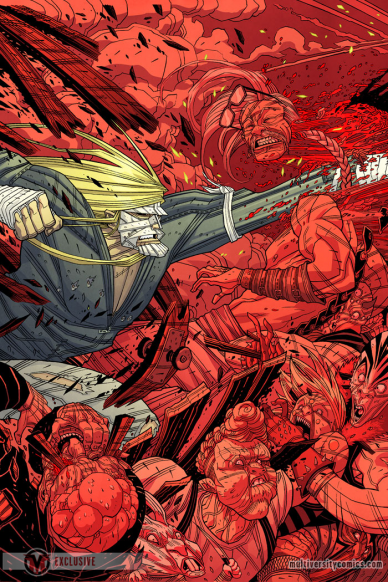 We’ve given a lot of love to the “Luther Strode” series here at Multiversity, from our myriad of positive reviews to the contests we’ve run to give you free copies of the book and our hosting of the Luther Strodecast. We’ve made it pretty clear in the past that we’re big supporters of this title, and that we want you to buy it.

So now, as we’re about a month away from the second book of the trilogy to begin release, we’ve sat down with Justin Jordan to talk about blood, guts, horror, redemption and more, because you need to buy “the Legend of Luther Strode” and these are all the reasons why.

Our interview is also interspersed with Tradd’s process for the first issue covers, just because we know you’re all excited to see how the new nightmare is born. And, because we love you around here, we’re giving you your first exclusive look at one of the upcoming Phantom Variants for “The Legend of Luther Strode”, the first of six interlocked covers of blood and mayhem that you will be able to get exclusively from select retailers.

I assume you can’t give too much away yet, but what can you tell us about the five years that have passed between the new series and the last?

Justin Jordan: He’s been killing dudes. Lots of dudes. Since he lost everything in Strange Talent of Luther Strode and failed to kill himself, he’s been taking it out on the criminal element. Brutally.

In what kind of a place is Luther himself? He always managed to straddle the line between a hero and a villain, while never quite being an anti-hero either. Could he even be described as the “hero” of this volume?

JJ: Not really. I’m not even sure he’s the protagonist, at this point. But the actual hero of the thing, from my point of view, is someone else. Who, exactly, is something you’ll have to read the book to find out.

While Strange Talent could certainly be called a variation on a Coming Of Age tale, how would you describe Legend?

JJ: It’s a redemption story, at heart. Luther lost everything at the end of Strange Talent, up to and including his belief in himself as something other than a monster. So what Legend is about is whether you can come back from that, and what it takes to change when you’ve got blood on your hands. A lot of blood.

With things being as dark and dire as they were at the end of the last series, at least in regards to who survived and what was left of them, is it safe to say that we’ll be seeing a mostly new cast?

JJ: Pretty much entirely. Aside from Luther, the series stars two other characters who appeared in Strange Talent, and one who will appear very briefly. But most of the face time is spent with new people who die horribly.

Is that a spoiler? I mean, it IS Luther Strode.

On that same thread, what can you tell us about some of the new faces that we’ll be seeing in the new volume?

JJ: Well, they’re mostly criminals, thugs and assassins. No, wait, they’re entirely criminals thugs and assassins. The basic premise is that a young guy has inherited the throne of the local criminal empire, and he’s realized that Luther has been killing his men, and he sets out to stop him. He gets helped from some unexpected and dangerous sources. 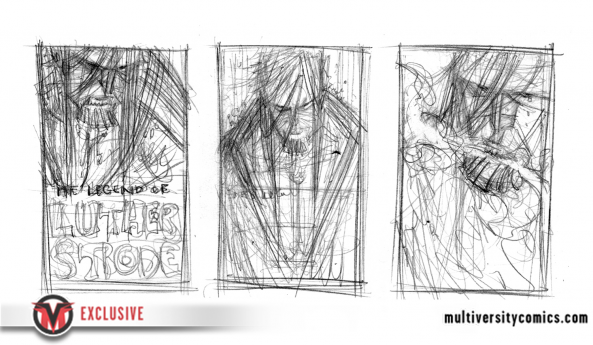 The Strange Talent Of… straddled the line between superhero tale and horror story. Will Legend tip the scales further in one direction or the other?

JJ: Actually, I’d say Legend is more of a crime meets horror book than anything else. What if the guys from Goodfellas ended up in a Friday the 13th movie?

I’m largely reminded of your essay in the back of one of the issues about not needing to over-explain elements of the story to its fanbase. With that in mind, to what extent will you be elaborating on the mythology of the cult and/or Cain?

JJ: We are, and that’s always a tricky line to balance. Basically, I always want to give people enough information to understand the story I’m telling. So in Strange Talent, while there were hints of the bigger stuff, you should have had enough information to get what was going on and make an educated guess about the rest.

Because the cult factors in here again, there’s more that needs to be revealed, because it directly effects the story being told. Which, hopefully, keeps me from George Lucasing it.

So yes, you will learn, for instance, why the chained folks with Cain were chained and by whom in Legend of Luther Strode.

We’d seen Jack the Ripper in the first volume as well. Is it safe to say that we might see more of him, or perhaps other historical figures tied to the Hercules Method? And if so, to what extent will that play in the new story (if that’s not too telling)?

JJ: Yep. And definitely if we get to do Legacy of Luther Strode. But one historical figure in particular plays a very big role in Legend.

In terms of process, what has changed for you, Tradd and Felipe with the new volume? Are you a bit looser in the scripts to allow them more room to play around with the violent nature of the series? Some of the promotional material Tradd has shown has been pretty gruesome.

JJ: Not a lot has changed in that aspect of it. Tradd was more involved in the nitty gritty of the overall story this time, since we hashed out most of the details in a hotel room after a signing. But I am not generally a very dictatorial writer anyway, for lack of a better term, and by the end of Strange Talent we’d gotten into a very good groove.

Legend IS more horrific, because that’s sort of the point: Luther has become this (literally, for the criminals) horrifying thing.

The last volume of Luther Strode didn’t really open up to splash pages and large sequences until the final issue, where the Librarian and Luther really had it out, which worked thematically towards the build-up of the story. Since we’re past that now, in terms of pacing and scenes is Legend done at a more heightened pace now that the primary elements are all introduced?

JJ: It is a substantially faster paced book than the last one, for sure. Basically, two through five are one long action sequences that takes place over a couple of pages. And it is bigger, in that the action is heightened. And the final showdown even more apocalyptic.

That said, some of the stuff is just my style. I don’t, left to my own devices, write a lot of splashes and that sort of thing, usually because I am trying to cram in as much story as I can into each issue.

And, you know, I think you should always have a build in the structure of it, because I find that narratively satisfying. And this applies on a metalevel, as well. Legend is a bigger book, overall, than Strange Talent and Legacy will be bigger still. I don’t think you should have your biggest stuff frontloaded. 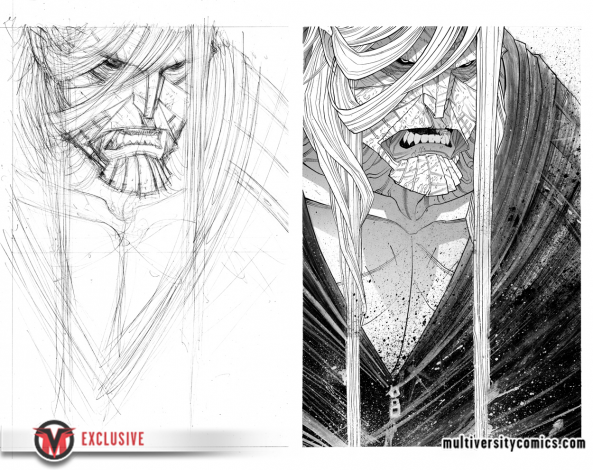 Now that Legend is in the process of coming out and being completed, are all the previous plans for a third part to close the story out still in place?

JJ: Yup. I mean, if Legend is an epic fail and no one buys it, then it will probably be the end of it, because Tradd and Felipe have gotten attached to the whole food and shelter thing. The only thing that’s maybe different is that I’m going to open the last mini a bit, if need be. So it might go longer than six issues (I can’t see more than eight or so) and the individual issues might be longer than 22 pages.

To add extra incentives to readers buying the single issue, each issue of Strange Talent came with a deal of extras, from pin-ups to essays to back covers that tied into the story. Are plans still in place for more of those in the new series?

JJ: Essays and pin ups will return, because the pin ups are awesome and I enjoy writing the essays, and we’ve actually got some new stuff planned. There will be, if all goes to plan, two one page back ups by awesome webcomic folks in each one, which I am super excited about. And the Brand New Nostalgia folks, the art collective thinger Tradd is a part of, are already putting out some pin ups for us. It should be the awesome.

And last, but certainly not least: on a scale of “Paper Cut” to “Elevators In The Shining,” how much blood should fans expect to see in the new volume?

JJ: Imagine if the elevators in The Shining got a paper cut. Yeah. THAT BLOODY. 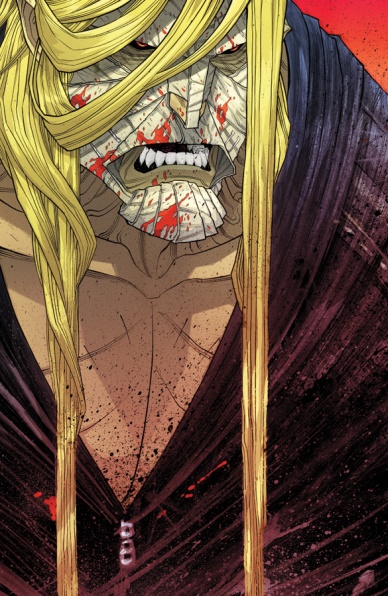