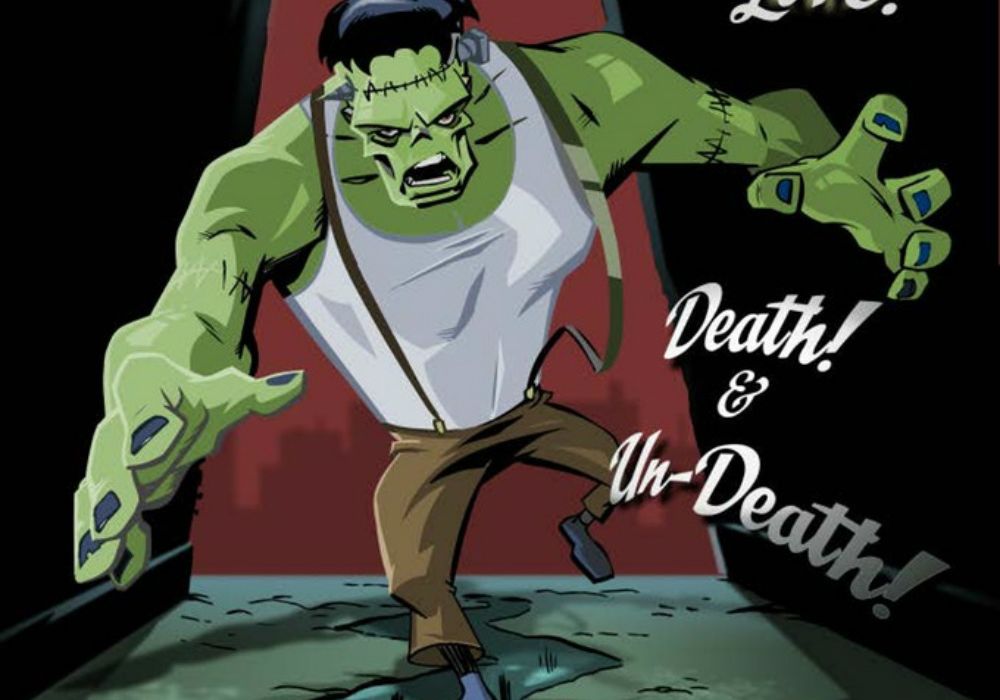 Keith Champagne has had career as both a writer and inker all over the comics universe from “Superman” to “WWE” to “Green Lantern.” Now him and artist Dev Madan have launched a Kickstarter for a new graphic novel called “Frank N. Stein: Private Eye” following “Frankie” in the world of MonsterTown smoking out bad guys. The Kickstarter has already reached its $7,000 goal (congratulations!) but are still open for business and trying to reach new stretch goals for the next 12 days.

I had the opportunity to talk to Keith about “Frank N Stein” which you can read below and find some exclusive art. In addition, Keith is offering, just for the Multiversity Comics family, a chance to win a page of his and artist Doug Mahnke’s “Green Lantern” artwork if you back the project upon reading this. Just comment “MULTIVERSITY” at checkout or tweet at Keith!

Keith Champagne Hey, Kevin, you’re welcome. I’m really happy to have a chance to talk about this project with you!

Dev and I worked together in the 90’s at DC on the cult classic Young Heroes In Love. We got to be friends over the couple of years we worked together and after the book ended, Dev segued back into the video game world. We worked together on a couple of things in that arena but always talked about doing a comic together again, especially once I started writing. Long story shorter, he called me up one day with a vague idea called Frank Neil Stein: Private Eye and here we are!

Frankie is our twisted little version of Frankenstein’s Monster. He’s a hard boiled private eye on the outside and because he doesn’t have vocal cords and can’t speak, people think of him as a brute. But Frankie’s inner monologues are rich and deep and full of pain and humor and insight; he just can’t express his thoughts. Like we say to describe him, “Face of a monster, brain of a detective, soul of a poet.” 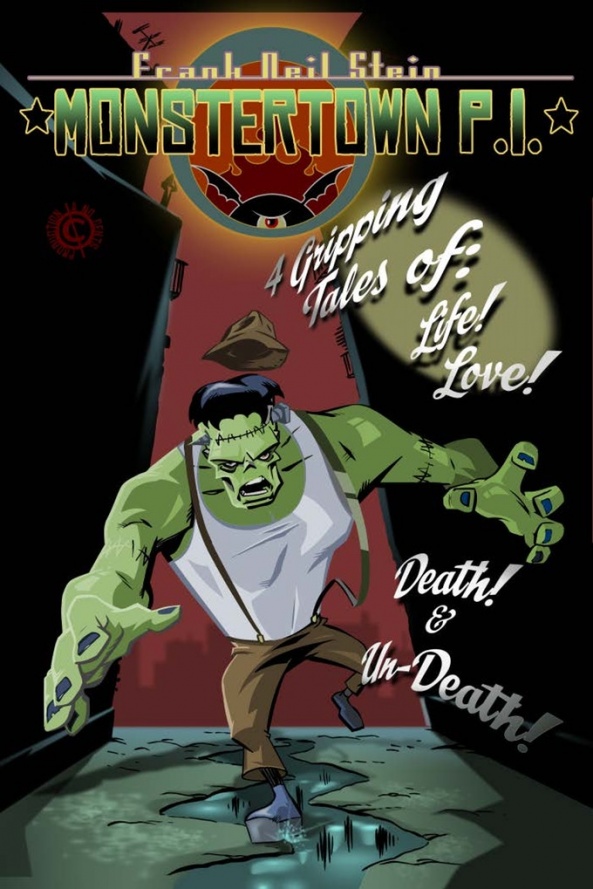 What went in to the process of creating this world of MonsterTown and including characters from other properties and telling stories with Frankie interacting with them? Were there characters you wanted to include but couldn’t? How did you and Dev go about adapting the art style to meet all these different genres and places?

KC: This world was created very organically. We never had a master plan, we just produced the first story, “A Life In The Night,” and that gave us an idea to do something different for the second one. MonsterTown sort of grew up around Frankie as the character developed and eventually, it became this place where any fictional character could exist, whether fairy tale or superhero or Norse God and anything in between. It makes it fun for us. Frankie is the constant. He’s our North Star but circumstances around him can constantly vary from story to story, genre to genre. Aside from the stuff that we’ve produced for this volume, we already have stories planned where Frankie runs into H.R. Giger’s Alien, Thor and Odin, and Thomas The Tank Engine. They all have a problem and come to MonsterTown for a solution.

So far, I’ve only been the writer for this stuff and Dev has been totally in charge of the art. He’s been shifting his style from story to story, doing whatever feels right for him depending upon the genre. Fully toned black and white, traditional comic book coloring, an aged newsprint look and lush, fully painted art. I’ll be jumping into the art side of things by penciling a variant cover and inking our stretch goal story, Riverside Jump Street. It’ll be interesting to see if I can keep up with Dev on this stuff.

Who was you and Dev’s main inspirations for Frankie and which ideas of Frankenstein did you draw on most? Mary Shelley’s Frankenstein, Young Frankenstein or other modern interpretations of the character? There’s so many to choose from haha.

KC: Oh Gosh, there are SO many versions! Visually, we took our cues from the classic Karloff iteration of the Monster but bent and twisted it to suit our own needs. There’s probably a little Bernie Wrightson floating around too because Dev loves Wrightson so much. But more or less, our Frankie is the classic template everyone recognizes, just skewered a bit. Dev wants to give people what they expect but then take it to a sideways dimension.

Personality-wise, there’s a lot of me in Frankie. My sense of humor and observations about life and love sneak their way in ever-so-subtly. No matter how outrageous the circumstances of a story or what character I’m writing, whether it’s Green Lantern or Superman or this, I always try to ground stuff with a little truth that we can all relate to. We’ve all had our hearts broken once or twice like Frankie is. I use that common ground to try to make relatable themes.

What’s it like hosting and running a Kickstarter campaign and what all went in to the process of setting that up? What’re some of the biggest differences in self-publishing as opposed to working with a publisher?

KC: Honestly, running a Kickstarter is exhausting! It took several months of start-and-stop planning and building the page, writing and rewriting, figuring our rewards and financial goals and then once the campaign actually goes live, that’s when the work really starts! It’s basically a 24/7 thing that requires constant maintenance and adjustment on the fly. I often wake up in the middle of the night and end up answering messages or thanking backers for their support. Before I start my proper work in the morning, it takes me a couple of hours to look at the page analytics, load up new reward tiers, write the daily update to our backers, promote it on social media and on and on. And then it’s a constant process of checking in on the thing all day and solving any problems that crop up. So… it’s a lot of work!

The plus side is that Kickstarter allows us to communicate directly with our potential audience and they tell us if we’ve got a viable project. Submitting something creator-owned to a publisher is a months-long process of creative committees, focus groups, haggling for rates, editorial control and blah blah blah. Kickstarter really cuts through the bullshit. Like what we’ve put up? Then in 30 days, we’ve got a book. Don’t like it? At least we don’t have to wait a year to find out it’s a no go. So the pros outweigh the cons. 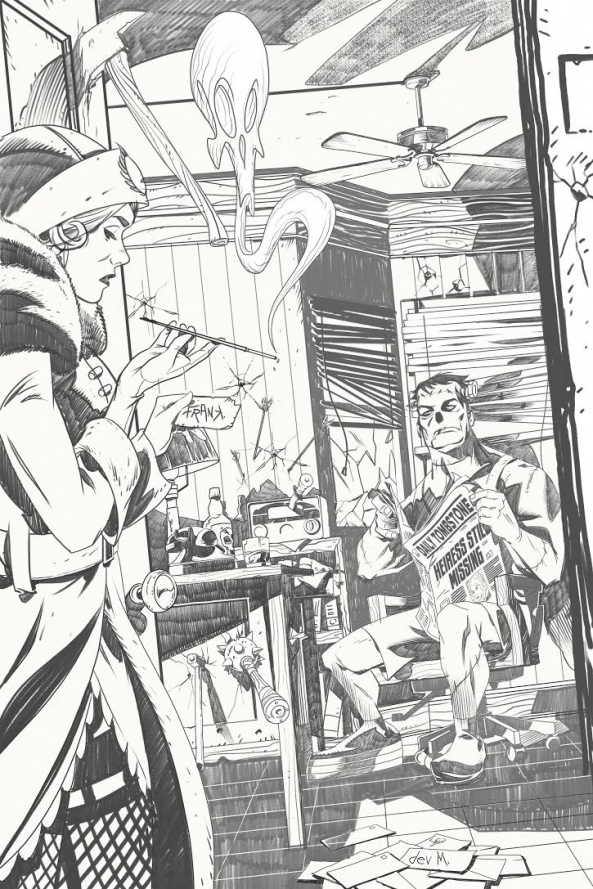 KC: The first week of the campaign was really intense but, luckily, we managed to fund the book thanks to our awesome backers! Now, we’ve moved on to stretch goals, where we’re trying to expand the page count from 48 to 64 pages and give it the full hardcover treatment. To that end, we’ve unleashed tons of original art rewards from people like Doug Mahnke, Ron Lim, Andy Smith, Neil Edwards, Tom Nguyen and more! We’ve got two cool t-shirt designs, variant and sketch covers. We just introduced our likeness reward where a backer can have a starring role in the stretch goal story; the Mystery Box is always fun, there are classic promotional posters from Young Heroes… we even have a surprising connection to Netflix’s Stranger Things in the rewards section.

I also often offer extra rewards on my social media accounts late at night. Hardcovers, trades, and floppies absolutely free to the next few people who back the project. Insomniac rewards, I call them.

And exclusively for Multiversity Comics readers, I’m going to offer up a page of Doug Mahnke and my Green Lantern artwork! If you’re inclined to back us at the physical reward-level, just leave a comment with the word “MULTIVERSITY” and you’ll be entered into a raffle to win. I’ll choose the winner at the end of the campaign and a few days later, you’ve got yourself an awesome page of art for your trouble.

Do you and Dev have plans for more stories in this world with Frankie and these characters?

So many more stories! We already have five stories planned out for volume two. One’s a western, we’ve got a sci-fi Detective story, one where Frankie takes a case in Asgard and a couple of more. One volume at a time though, we do this stuff around our regular work/jobs and we’ll only ever list Frankie when the entire book is done and ready to go to print. I had a long delay in my first Kickstarter and I don’t intend on ever letting that happen again!

Also, if you guys want to help spread the word about the project, just tag me in your posts and I’ll pick a random winner every day who will receive a trade or hardcover from my personal files. We really appreciate everyone’s help with this project, it’s a true labor of love and we can’t wait for all of you to see it!

Thanks again for chatting with me, Kevin! 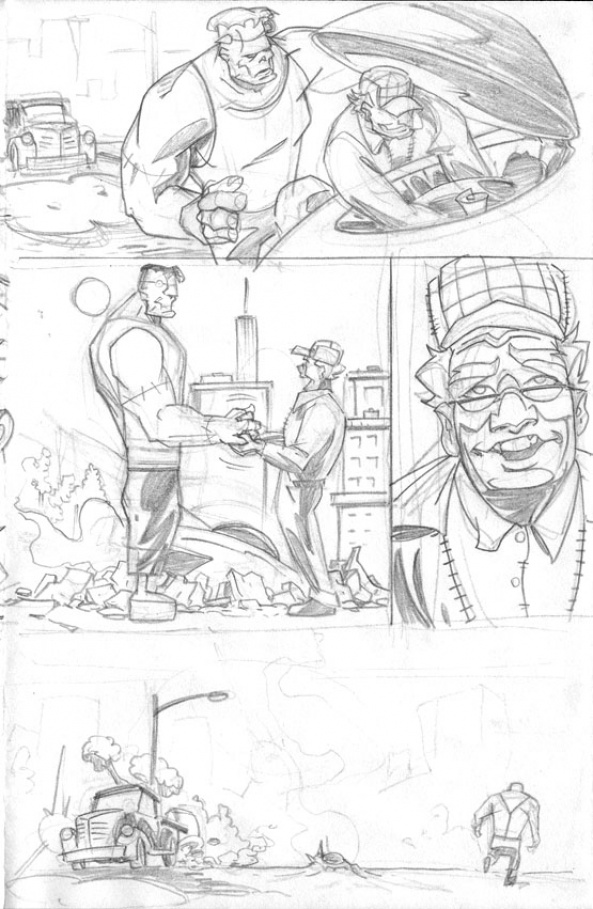 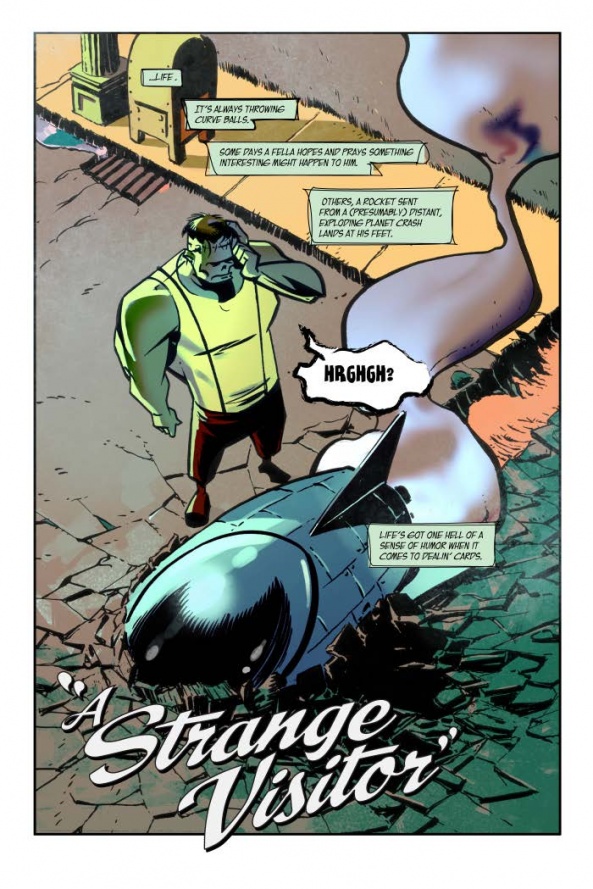 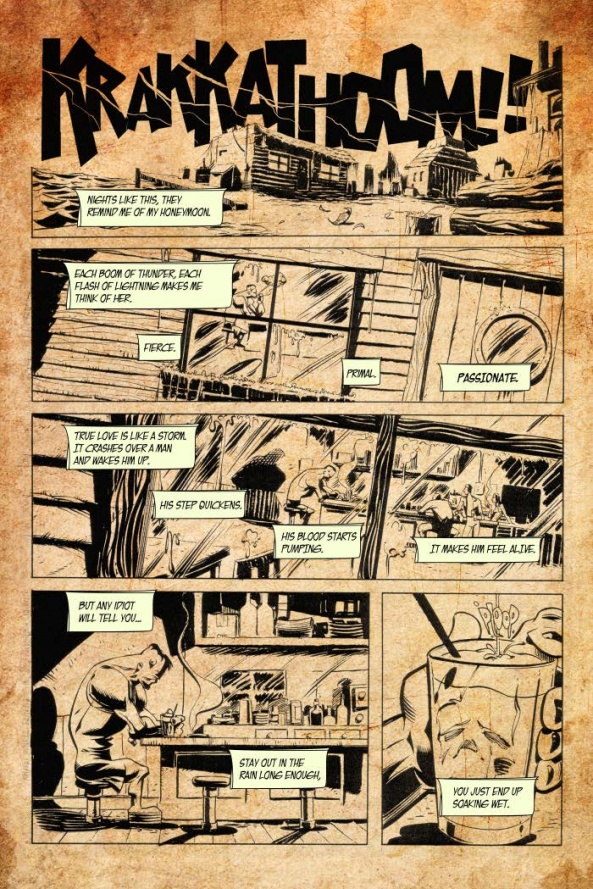 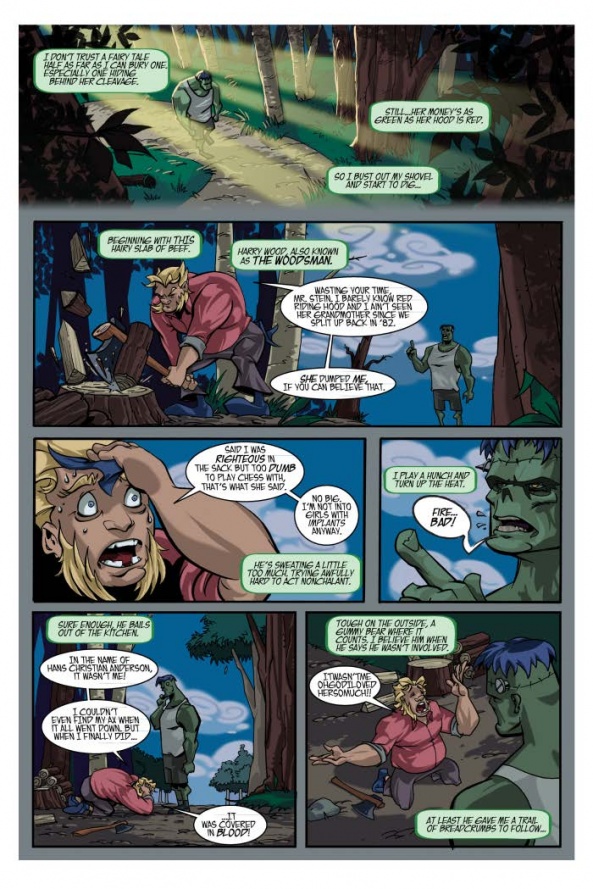 The Kickstarter campaign ends May 13, 2018. You back the project here, and remember to comment MULTIVERSITY at checkout!