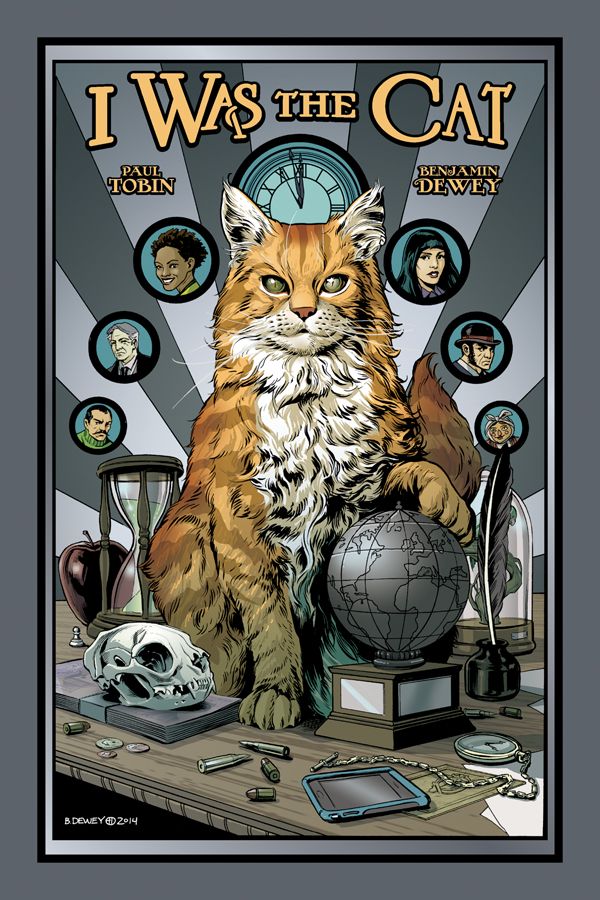 Comics really are a unique medium, and sometimes, a story is told in comics that really couldn’t exist in any other form. “I Was the Cat” (arriving August 6th, Diamond Code APR141287) from writer Paul Tobin and artist Benjamin Dewey really, truly is one of those books, and in all of the best ways. Don’t believe me? Read the solicit below:

Allison Breaking is a talented journalist with her own blog and a lot of bills to pay, so when she receives an offer from a mysterious stranger named Burma to write his memoirs, it’s an offer she can’t refuse, not even with all the red flags popping up. But Burma is quite literally unlike any man Allison’s ever known – because he’s a cat. And this cat has stories to tell about how he (over the course of a few lifetimes) has shaped the world – and another, darker story that Allison must risk all to uncover… a story of what this particular cat has been doing with the LAST of his nine lives.

Tell me you don’t want to read that comic right now, and I will call you a liar. Having read it already, I can tell you that it’s a joyous read that is impossible to put down, with tremendous wit from Tobin brilliant art from Dewey that so fully realizes the world in the story that you feel like you’re right there with Allison. As part of our fifth year anniversary, Oni Press has shared a number of pages from the book for you to see, and we reached out to Tobin and Dewey to get the inside scoop on this book. You can see all of that below, and if you take anything away from this article, it should be this: read this book. You will be very happy you did.

Also, stay tuned in the future. We’ll be providing more coverage on this book as it nears its arrival. 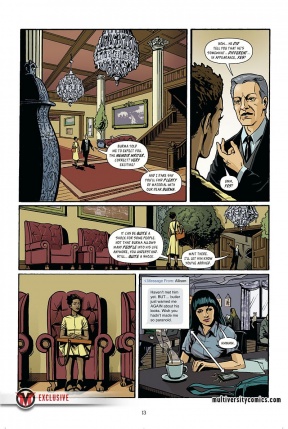 Page 13 from I Was the Cat
You guys are both Periscope Studio men, so you obviously have some history together. What made the two of you want to work together, even before this book, and what made “I Was the Cat” the story to bring your partnership to life?

Paul Tobin: I think it’s natural for friends to want to work together. When Ben first came to Periscope it was as an intern, but he was SO much more than the usual intern. He always listened, understood, improved. I think that’s one thing our friendship is based on… the shared eagerness to continue to explore and expand our respective crafts, and comics as a whole. And I love Ben’s abilities with animals (which will really be showcased not only in I Was The Cat, but also an upcoming work) and his attention to overall scenes… backgrounds and the environment of a comic. That’s important to me. As a writer, I want to develop a world, and Ben is the kind of artist that facilitates that even past my own expectations.

Benjamin Dewey: I worked with Paul on a fill-in issue of ‘marvel adventures: spiderman’ and it was my first full length job for a major company. His script was packed with challenging settings, expressions and action. I had 24 days to do 22 pages and I was really intimidated because I had wanted to work for Marvel my whole life. It was a gauntlet and I learned a lot but it shattered a few idealistic constructs that I had about the ‘cool life of a comics artist’, in that it was impossible to romanticize when there was so little wiggle room with the deadline. Flash forward a year or so later; I had finished another long project for a major publisher that had some disappointing aspects that were beyond my control. Paul mentioned that he had a project worked out that I might be a good fit for and that I could have total artistic dominion over it along with a more flexible schedule. I was so frustrated with how many of my commercial jobs were progressing at that time that I agreed to do IWTC, not fully understanding just how much work it would be! In the end, even though it was really hard to complete it while juggling other jobs, I feel like the challenges of this project helped me come into my own as a storyteller and that is in large part due to the wit, intricacy and demands of Paul’s imaginative writing. Working with Paul has made me the artist I am today! 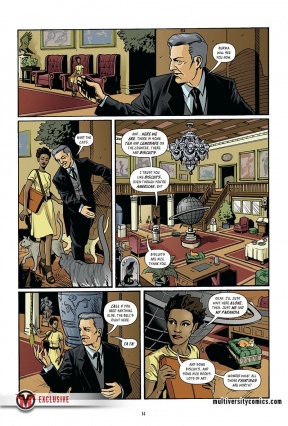 Page 14 from I Was the Cat
This book had a long gestation period, with you saying that you’d been working on this – off and on – for three years Ben. What took this so long to develop, and what made Oni the right place to release the book?

PT: It’s a project of love, and sometimes projects of love don’t bring in a lot of money, up front, so the sheer necessity of day to day life can slow the process. As far as “why Oni?”… I think it’s largely because of their commitment to quirkier stories, the breadth of their library. As creators, it’s necessary to take chances sometimes, but it’s harder to do as a publisher. I guess I’m just saying that Oni was irresponsible and reckless enough to give Ben and I, and our strange story, the focus we thought it all deserved.

BD: The extra-long development period can be attributed to the difficult juggling of financially essential commercial work, a handful of rare creative opportunities I couldn’t refuse and my own projects during a period which included a demanding transition into being a full-time freelancer while my (soon to be) wife, Lindsey, was also making a career shift, our wedding, our honeymoon and developing the tragedy series. It was a perfect storm of life events (some unforeseeable) which, over a long period, kept pushing this project off my desk and on to a ‘to do’ list of one form or another. I had gone from a world of tight and unforgiving deadlines to the opposite scenario where I had to manage the project. Thankfully, Lindsey was there to help me with scheduling, flatting and meal planning. Without her it may never have seen the light of day or, at the very least it would have taken way longer. Paul was very patient during this whole saga. He was hugely, crucially supportive when I was at the hardest junctures of production.

Oni is the place for this book because the people working there get behind their projects in a big way. Oni works closely with writers and artists once the book is complete to find to help find the right audience and context to launch each new project. They take chances and they’re genuinely open to anything as long as it tells a compelling story. Oni genuinely cares about making the best comics they can. They also develop a personal relationship with their creators so feel like you’re part of a team when you work with the folks at Oni. 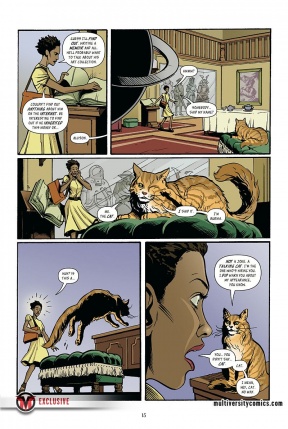 Page 15 from I Was the Cat
Let’s talk about the look and the feel of the book. This is a fully realized book, visually, with different time periods receiving different color palettes and one tremendously fantastic custom narration box for the titular Burma amongst many other great elements. How did the two of you develop the look? Was this something where you two worked closely together to decide the hues of each flashback and looks of each character, or was it more of a case where Ben was unleashed to make the magic happen?

PT: I do a lot of reference material whenever I write a script as a general rule, and did a notch above usual for I Was The Cat, since the book takes place in so many different locales / time periods. It just wouldn’t have been fair to have Ben do ALL the necessary research. I think, in terms of overall look, I had a lot to do with the characters… about half and half with Ben. The color palettes (including the distinctive colors for each time period) was ALL Ben. As a general rule for the look of the book, I set a t-ball on the t-balls stand, and then Ben just kept whacking the hell out of it… knocking it out of the park, then running up to it and knocking it out of the parking lot, and then the across the river, and through the woods and over the top of the mountains.

BD: I should say first that the caption box was completely the conception of Jared Jones and Jason Storey at Oni in the production department. Paul, Robin Herrera (our editor) and I all agreed that it was great! Making sure everything fit together for print was courtesy of Troy Look. Comics can be like an apollo mission where a couple dudes get all the credit but they’d never lift off without a really great team behind them making sure the rockets fire in the right sequence.

The rest of the look was a combo of Paul and myself. He sends along reference in the script for outfits he’d like the girls to wear, what sort of avatars Burma will have at different points and settings he’d like to see. I did my best to create a visual vocabulary of color palette, different drawing approaches and layout choices that reflected the spirit of the story he had written. Paul paints very vivid pictures with his scripting and the tough part is fitting in all the things he wants without overcrowding panels (which is my tendency.) Sometimes I felt like I had to rush, once the momentum to finish it built back up and firm deadlines came into play, but over all I’m really pleased with how it came out and I’m proud of it. I see things I’d change if I had the chance but like Paul’s wife, Colleen Coover, always says “Done is beautiful” and I try not to argue with her because she is almost always right.

Thanks to Paul and Ben for chatting, and take a look at three more preview pages below! 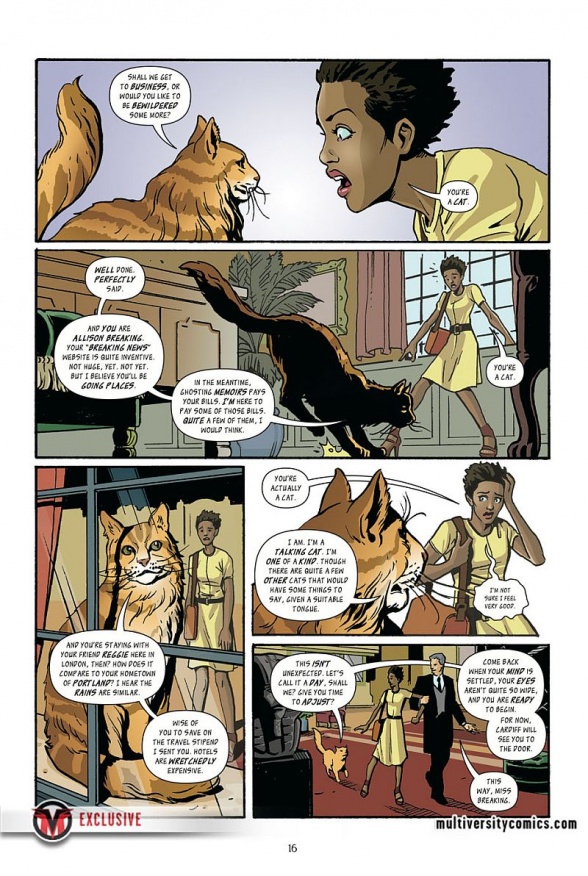 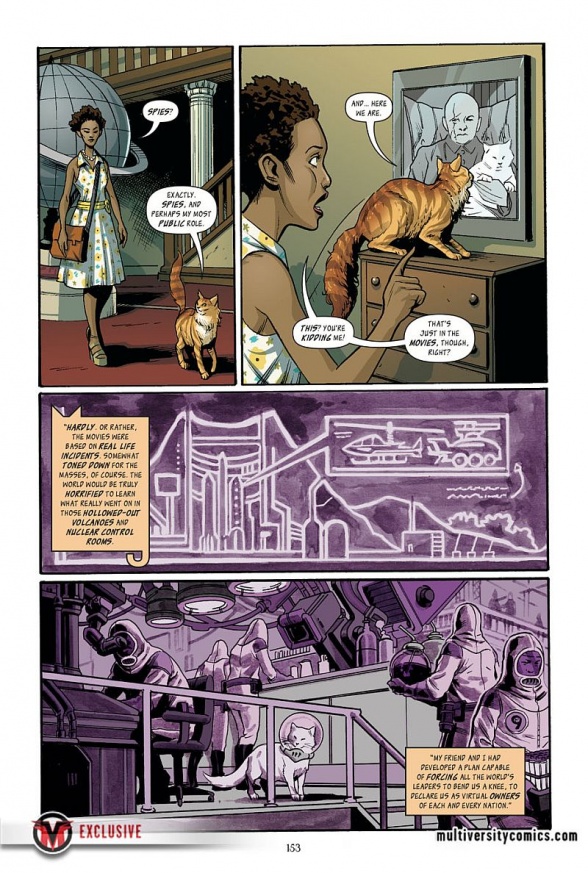 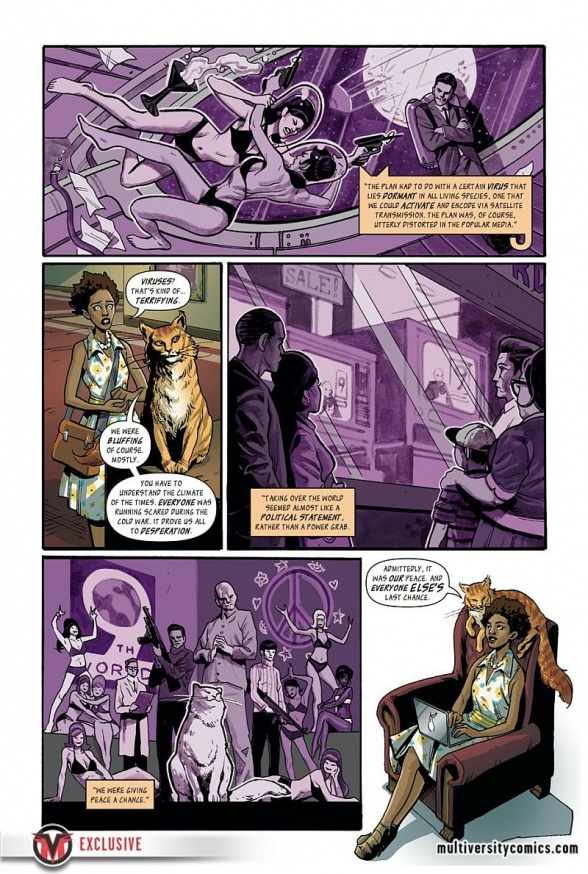 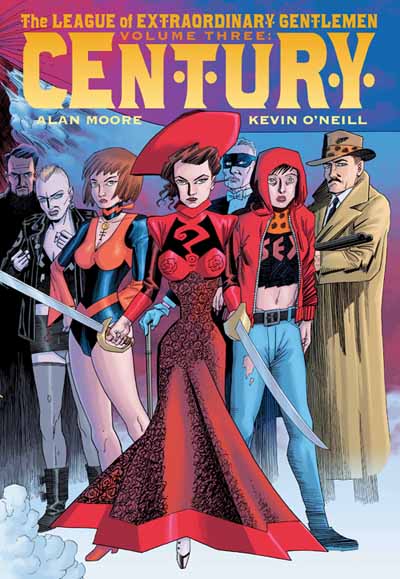 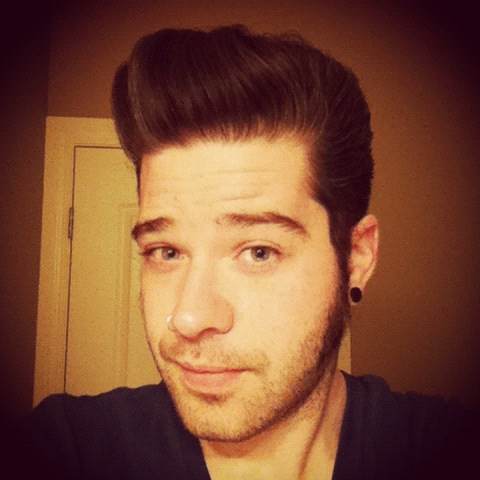 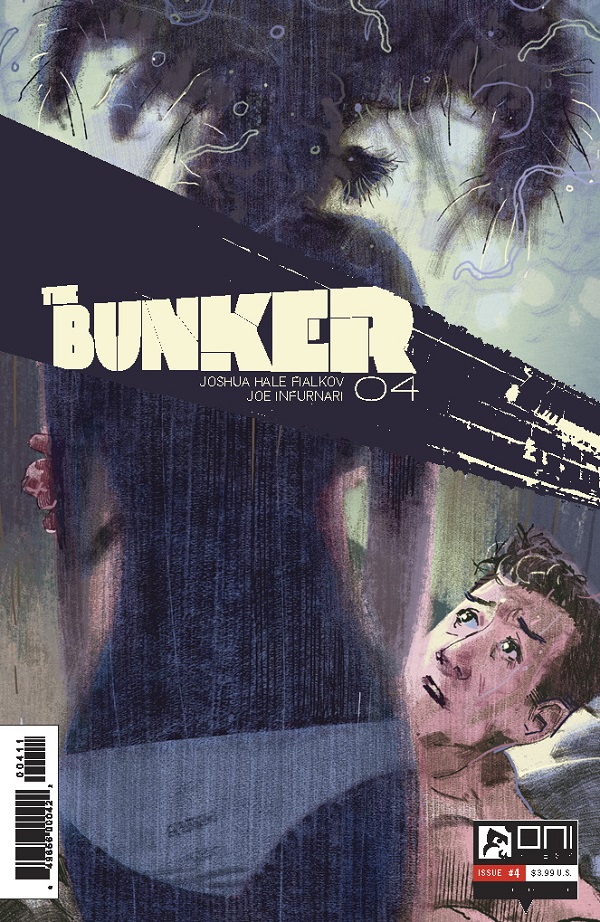 Multiversity Turns 5 With: A Look Into “The Bunker” with Joshua Hale Fialkov [Interview]

Ever since it was first released as a digital comic, “The Bunker” has been exceeding expectations and selling a ton of issues. A book about destiny, friendship, and, yes, time travel, each issue has both expanded the scope, and tightened the focus of the story. The upcoming #4 wraps up the first arc with a […]