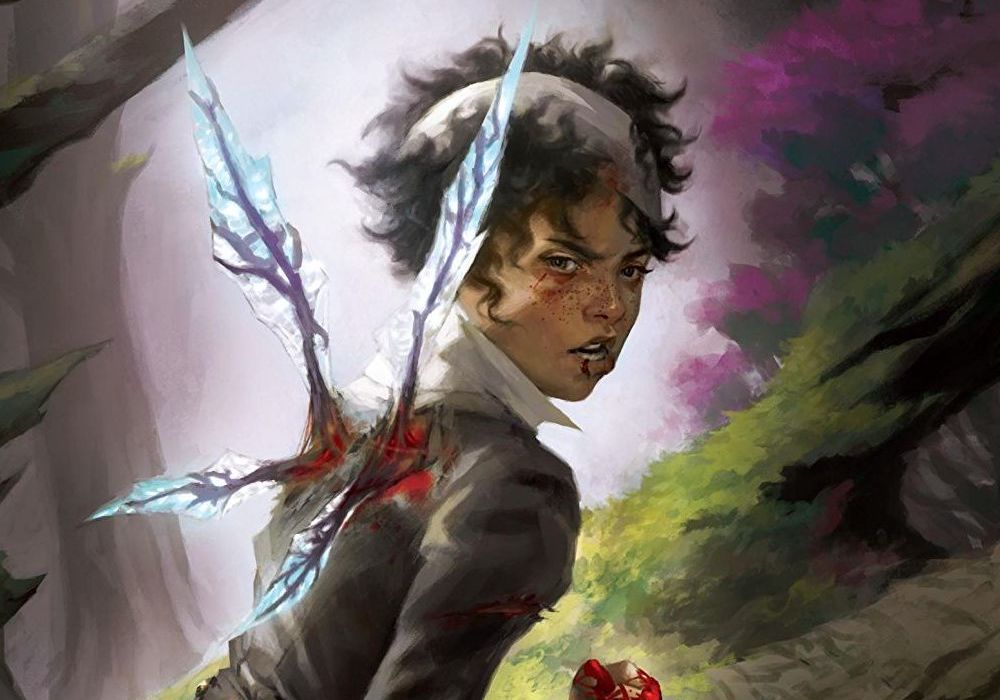 Delilah S. Dawson is a prose and comics writer, best known for her young adult and horror work. Recently, she began dabbling in the world of Star Wars with both the Phasma novel and some of the IDW comics. When we caught up with her at New York Comic Con, we turned our attention mostly to “Sparrowhawk,” her new BOOM! series with Matias Basla.

The first issue of “Sparrowhawk” hit the stands this week. Where did the idea for her adventures come from?

Delilah S. Dawson: Well, “Sparrowhawk” is kind of a pastiche of ideas I’ve had. It all started with Alexander McQueen’s Savage Beauty. In 2011 I read that book; it shows all of his fashion collections, and they just looked so other-worldly and kind of dark fairy-like. So I tried to write a book about it in 2011 and I gave up after 40 pages; I kind of forgot about it. And then later on, I found online there was a historical figure name Dido Elizabeth Belle, and she was a mixed-race woman whose father was a British naval guy who went over to the colonies and brought back his baby that he’d had with, one would assume, a slave there.

And brought her up in his English family where she wasn’t ever equal but she was part of the family, but she was excluded, and it was a very unusual thing in that time. And so when I saw those two ideas kind of together and thought of a comic, that it would make almost like Alice In Wonderland, if Alice wasn’t a blonde girl who wants to just get along, but she was someone who was suffering under the strange regime and already felt out of place in her world, and ended up in Faerie. What she would do to fight to get back, even to a world that didn’t accept her. So it was those two ideas merging close to the comics world, suddenly made everything come together.

You mentioned that part of your inspiration was fashion. Did you work with Matias on her design?

DSD: A little bit, yeah. It’s basically in the script. Whenever there’s … The fairies are mainly inspired by the fashion so in the script I’ll copy and paste it, it’ll be like, “Oh, these fairies, they look like this, but add antlers.” We definitely worked out of that together but he grew on his own. I learned that if I just gave him a small amount of direction he would take it in such an incredible place, I didn’t need to get really down to details. 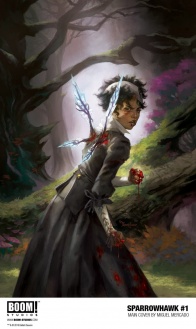 But definitely the covers, which are by Miguel Mercardo, are amazing and those, especially ‘Book Five,’ we worked together closely on the fashion for that one and mixing the fairy with the Victorian fashion, it’s going to be amazing.

Where did the folk book angle come from, because I have to say, when I was reading the book, I was like, “Why does this jackalope have fangs? And why is there a jackalope in Europe?” And then I saw on Twitter actually, that it was a wolpertinger. Is that something else that you picked up in mythology or …?

DSD: Yeah. So I’ve looked into cryptids for not only my Shadow series, Wake of Vultures, which I write as Lila Bowen, where Rhett fights various cryptids and monsters, but also I wrote the “X-Files: Case Files.” I ended up writing the ‘Case of the Florida Man.’ But I was looking into different cryptids that X-Files hadn’t touched yet. So I’ve got this whole list of cryptids and then you see a wolpertinger and you’re like, “Oh. That’s so cool. It’s a jackalope with fangs and pheasant wings.” And it just seemed like the perfect character for this world. To be dark, like, Crispin’s one of my favorite characters. I feel like if Giles from Buffy: The Vampire Slayer was evil and a rabbit, that would be it.

So you teach a course at LitReactor on World Building and I saw with “Sparrowhawk” there’s already quite a world. This was just in the first issue, already we see that when she crosses through the mirror, Crispin mentions this is a certain part of Faerie Land and all that. How much of a world is there there, and is there something past the first five issues?

DSD: Smart people writing five-issue comic series always have more in mind. You have to come to a happy conclusion but you want to leave that world open. So basically so far I think we mention the Faerie Lands and then the Bright Lands, but I feel like it’s like Alice In Wonderland. I could keep going in all sorts of different directions and take this into so many different places.

DSD: Oh it’s completely different. Kevin and I when we write The Tales of Pell, we basically break each story by bar-hopping and whichever city we’re in for a Con. So we did one in New Orleans, that’s where No Country for Old Gnomes was hatched, going down Frenchmen Street, stopping in each bar and being influenced by the music, what was on the walls, by the drinks we had. 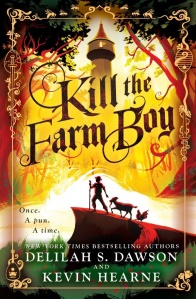 And then for The Princess Beard we were in Seattle and we went to a Hawaiian place and tried some different … The Hurricanes were quite a big deal there. So each book is influenced by that process and then one of us will write … We’ll break down an outline and then one person writes a chapter, sends it to the other person, they edit it, put in a bunch of comments, go, “Oh my God, this is so funny. You’re so good. This is amazing.” Write their chapter and send it back, so we go back and forth.

Whereas comics, I write the whole script, edit it with the editor and then once that’s polished it goes to the artist. And so what they come up with … I don’t know, I never know how it’s gonna work out with the designs and the world and then, you know, it’s kind of through these stages of pencils, inks, colors and letters, we get to refine it. But I definitely feel like the artist does the heavy lifting here. Matias is just amazing.

So I was checking out your website and you got a heck of a set of resources for aspiring writers. Where does your desire to give back to other writers and to help other people along?

DSD: Well I didn’t know I wanted to be a writer until I was 31. I have an art degree. I was an artist and a muralist and then after my second kid was born, he stopped sleeping, and I stopped sleeping, and I started hallucinating, because I was getting three hours of sleep at night. And I went to my husband and I was like, “Hey. Just checking. Are there rats in the walls and are they talking?” And he was like, “Let’s get you some sleep. And you should have a hobby that is just for you.” And I was like, “I can’t. I got two kids to take care of. I am a milk cow. I can’t do anything.” He said, “Why don’t you write a book?” And because my brain was so fractured, I was like, “Yeah, sure. I’ll do that. That’s fine.” And I did. And I think a lot of that has to do with whatever happened in my brain, I didn’t tell myself, “No.” I had no fear and everything I learned about writing a novel, I learned online.

From Stephen King’s On Writing and then from agent threads, writer threads, Twitter and so because those were the resources that allowed me to become a writer, I feel like it’s really important to pay it back. Like, people helped me, I wanna help people and there are so many un-Google-able questions about publishing that you don’t know who to ask, and that are hard to answer, so I like being available to maybe … If people ask me something and I feel like it could be of benefit, I’ll Tweet about it all day. And hopefully help some folks out, because yeah, I feel like novelists on the most part are great people, and we wanna help each other. We want the tide to rise for everyone. We want people to know that you can write a book.