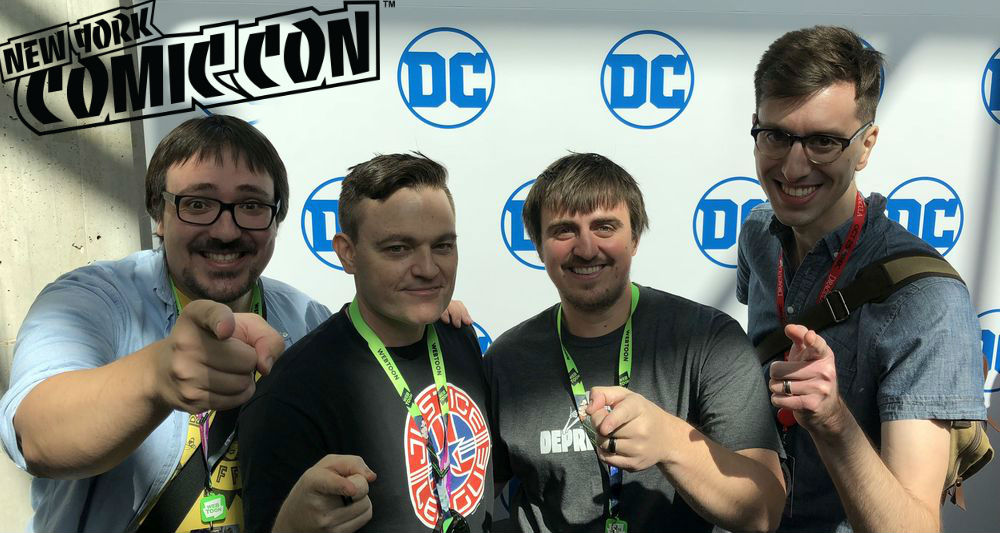 This past weekend was New York Comic Con, the East Coast’s largest comics and pop culture event of the year. Multiversity brought 15 staffers to the convention this year for interviews, panel reports, and more. Over the next month or so, we’ll be sharing all of our experiences here on the site. So, even if you couldn’t make it yourself, you can see the con through our eyes.

Our first interview is Scott Snyder. Scott is a longtime friend of the site (which he graciously mentions at the end of his chat), and is currently writing “Justice League” and “The Batman Who Laughs” for DC Comics. He’s also got a “Wytches: Bad Egg Halloween Special” in the works for Image. Scott is one of the nicest guys in all of comics, which is on full display in his interview with DC3cast co-host Vince Ostrowski.

Note: While nothing major gets revealed, Scott does spoil a few elements of his upcoming “Justice League” story.

Thanks to DC and Scott for making this happen, and make sure to pick up “Justice League” #10, which hits stores on Wednesday, October 17th, “Wytches: Bad Egg Halloween Special” on October 31st, and “The Batman Who Laughs” #1 on December 12th.