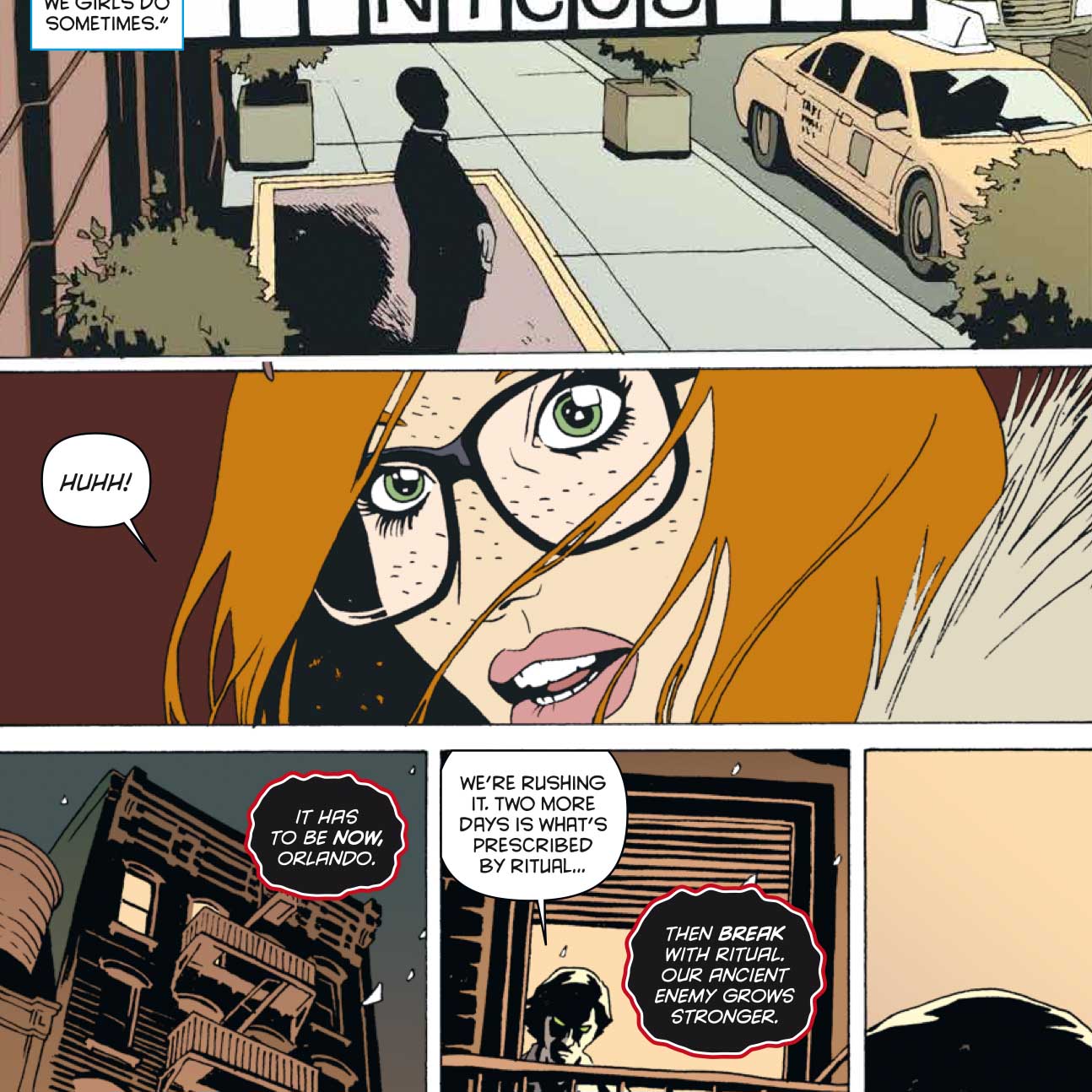 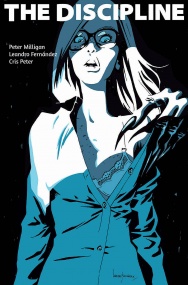 What appears to be a simple seduction is revealed to be something dark and dangerous in “The Discipline,” the first issue of which will hit stands this week from Image Comics. In issue one, writer Peter Milligan and artist Leandro Fernandez introduce readers to Melissa, “one woman who—between fighting her sister and hating her husband—still finds time to fall in lust with a stranger who’s an awful lot more than he seems.” Here at Multiversity we were lucky enough to talk to acclaimed writer Peter Milligan about his dive into the dark and thrilling world of “The Discipline.” Peter discusses the tone of the series, finding Melissa’s voice and gives possible my favorite answer in an interview ever! Be sure to pick up “The Discipline” #1 from Image Comics in stores and online this Wednesday. Check out our interview with Peter below! 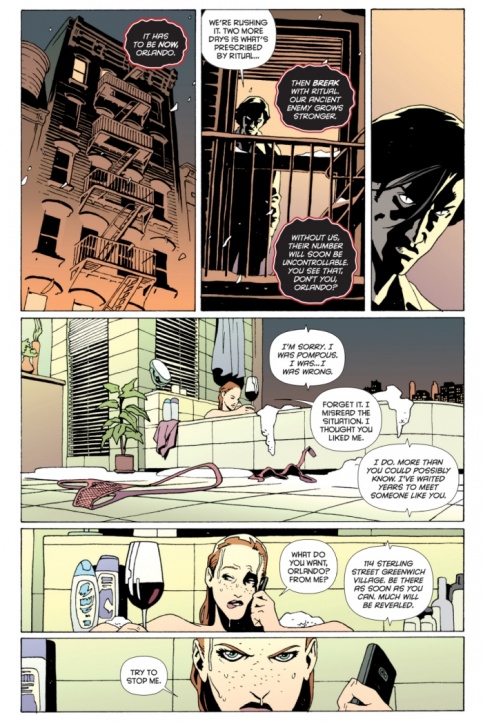 Reading the issue it has the atmosphere of some of your classic work but also a tone and style of storytelling readers may have not seen from you before. What can readers expect from the series “The Discipline”?

Peter Milligan: First off, I’m glad you think it has some of the qualities of my ‘classic work” but I’m even happier that you feel it has a new tone and style. I’m not sure how conscious that was but it’s good to be new: more importantly the story determines what kind of tone and style it’s written in. The Discipline is a dark story, it’s about dark appetites. and it’s about a dark struggle that’s been going on for many years. So I just try to make the style and tone fit that.

Issue one deals in a lot of mystery at a remarkably exciting pace. How did you want to bring readers into the world of The Discipline for this first issue? Was it difficult to weigh context with keeping the mystery?

PM: There is a lot of mystery, we’re at the beginning of the journey, and I wanted to really get readers excited and intrigued. But equally important, I wanted to ground our hero – Melissa. I want the reader to understand the world she occupies now, and the very different world that she came from. That’s the context. And that’s hoe readers come into the story. And it;s from there that the mystery begins.

There is a lot of illusion to the larger world and history within the series. What inspired the world we see in the series and how have you applied it to the world building as you go?

PM: I have said elsewhere but it’s worth saying again: some years ago I was on the fringes of a kind of informal club (one might almost call it a sect). I know that some pretty heavy things were going on (beyond the normal drugs, sex, and weird religion) but I never got deep into this group to fully know EXACTLY what they were up to. On one level The Discipline is an fictional imagining of what that group might really have been about, but pushed to some extreme and supernatural level.

Melissa is an extremely interesting character especially her progression in this first issue. How were you able to find the voice for Melissa especially for her being a young women dealing with complex issues like sexual exploration?

PM: That’s the key part. Through my career I have written a lot of women and I think I think can get a woman’s ‘voice” pretty well. The important thing about Melissa was knowing where she came from and the fact that she was the kind of woman who had been able to move from the blue collar world of her upbringing to the high end wealthy world where she is now married. For me this was the key to knowing what kind of person she is and also how she might think. It also makes her the kind of person who night be able to deal with the incredible changes and challenges that entering the world of The Discipline brings her.

Sex is very present in The Discipline but it appears to act as a deeper theme in the series. Melissa even notes “it’s about a lot more than just sex isn’t it?” What role does sex play in The Discipline?

PM: Sometimes in a story there is what you might call “a message from the author” and that line was in a way a message from me. There’s a lot of sex in this comic but it isn’t ABOUT sex. In the same way, there seems initially to be a lot of sex in the secret organization known as The Discipline but it is about an awful lot more than that. It seems to me that in most stories sex is the endgame, it’s the goal, and I was interested in writing a story was sex is merely one of the stepping stones towards a much bigger goal, which is a kind of transformation. 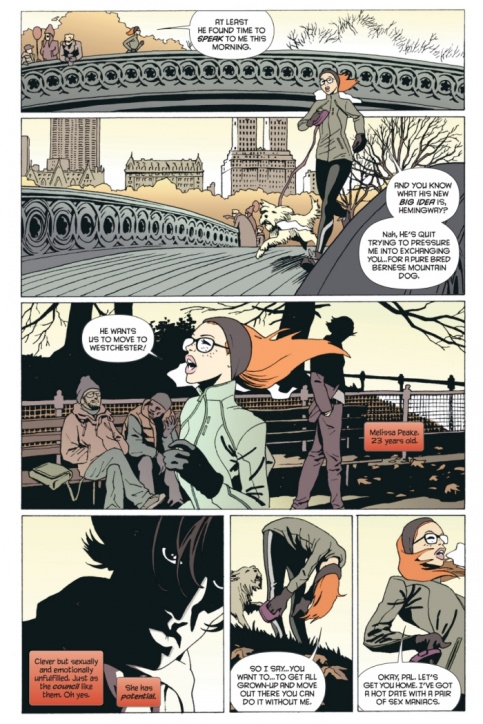 For someone who has been around for awhile putting out quality work at publishers like DC, Vertigo, Marvel, 2000AD; How has it been working with Image now to put out “The Discipline”?

PM: I’m new to Image. It’s taken a little while to go to know this new way of doing things. What has made the process a whole lot easier is getting Sebastian Girner on board as editor. Since we’ve done that it’s all been very smooth. And I’m excited to be working with Image, with new people.

There is some extremely great imagery and layouts in the issue. What has the relationship been between you and Leandro Fernandez in the creative process of an issue?

PM: I script pretty tightly. Plenty of scene descriptions and page layout. But as long as the artist is sensitive to the needs of the narrative, and if that Artist has good ideas, I’m always happy for him or her to throw ideas my way. Luckily, Leandro is very smart and we have a good working relationship: the important thing is we’re both ready to listen to and respect what the other person says.

What for you have been the best part of working on this new series?

PM: The extensive research in all those edgy sex clubs has been phenomenal.

What do you hope readers feel/think after finishing the first issue?

PM: Dizzy and intrigued, as though they’ve been on a wild, engaging, moving and unexpected ride. And an overwhelming need to read issue two. That’s all I ask!