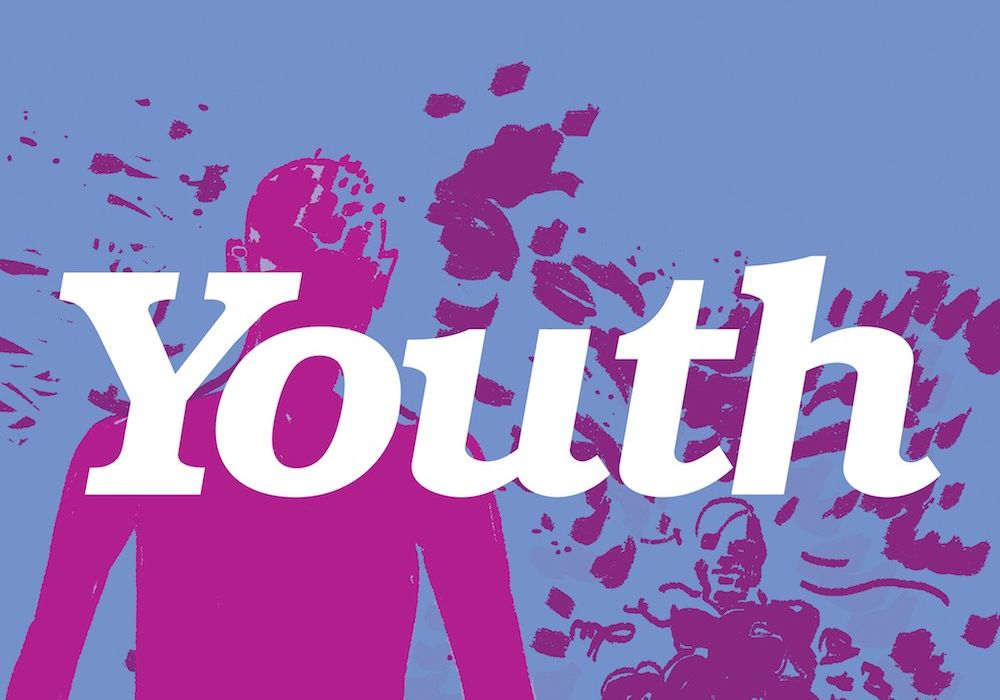 This week saw the release of “Youth” #4 from Curt Pires, Alex Diotto, and comiXology Originals. The series, self-described as “Larry Clark’s Kids meets Chronicle. X-Men by way of Frank Ocean,” is a story about young people and their spur of the moment decisions that may not be exactly the wisest. The series is four issues, released weekly, and each Friday during that time period, we’ll be chatting with writer Curt Pires about each issue. Let’s get right to our final chat. 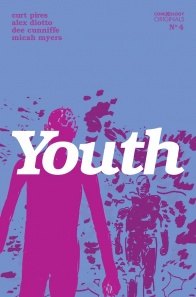 Reeling from the events of the third chapter the kids question what to do next. Plus: The return of Don Thunder. The shocking conclusion to the first volume of the comic of the year is here!

As each of the issues progresses, even if the page count doesn’t exactly reflect it, it feels like we spend less and less time in the present with our main characters. Why did you decide to make their current situation a smaller piece of the latter issues?

Curt Pires: It wasn’t really about spending less time with them in the present and more of telling the story the way I felt it needed to be told. It’s certainly non-linear but I think it builds to a cohesive whole. The plan was always to have things end with Frank on the beach and the reveal that it’s been him speaking into his iphone as a sort of therapy device that’s been the captions / narration. I had the Don Thunder idea a bit later on in the process..,just seemed like a waste to have the character die, and once I figured out the beat of him surviving, I think it really enriched things.

I guess I’m fascinated by the concept of time in general, and being able to manipulate it in storytelling is one of the benefits. Without drifting too far into crazy town, as humans we experience time in a linear fashion backward to forwards, but time isn’t bound in such a way, it’s simply the manner in which we experience it. Time can’t be created or destroyed so it stands to reason that all time exists, and is happening all at once. If we could untether ourselves from it we’d be able to experience it differently. But we’re on rails so to speak, like a model train set, and we can’t get off. I’ve always been fascinated / obsessed with the notion of being able to untether myself, so this manifests in my use of this storytelling and non linear devices.

Frank namechecks the X-Men, and that’s something you’ve mentioned in a lot of the press for this book. The X-Men have always been a stand-in for marginalized people since their inception. How are these characters, in your opinion, marginalized?

CP: I think it’s pretty self explanatory for how Frank is marginalized. He’s black and Queer. River’s queer too. Jan’s marginalized because of not fitting the traditional paradigm of what’s attractive. Trixy’s past will be explored further but she’s objectified as a sex object and often mistreated by men, and authority figures who ought to know better. Kurt is from an impoverished family from the wrong side of the tracks with an abusive father. There’s complete backstories for all the characters we just didn’t have the real estate in season one for everything. We’ll see more as we progress, and in the show.

We’e spoken before about the Amazon Prime adaptation; will the first season be based on these four issues, or will the story go farther than these issues did?

CP: It will cover these first four issues, and elements of S2. The show and the comic have different beats though, and diverge at points, so people who read the comic won’t know the exact path of the show and vice versa. Both experiences will compliment and inform one and other.

These four issues were obviously Franklin and River’s story. As the book remains open-ended, it seemingly shifts towards Trixy and Jan. Do you have plans to pick up these stories in comic form?

CP: Yes. Already writing S2 of the comic and there’s an issue that’s very Trixy and Jan focused. There’s also new characters we meet… The first issue of S2 is a 40 page graphic novella called “Badlands”. I don’t know if it’s too early to be talking about that, but whatever. We meet two of the new characters in Badlands… and then shift back to our primary cast.

Finally, to continue the theme of music questions: pretend you have an unlimited musical licensing budget. What song plays over the credits for Youth?