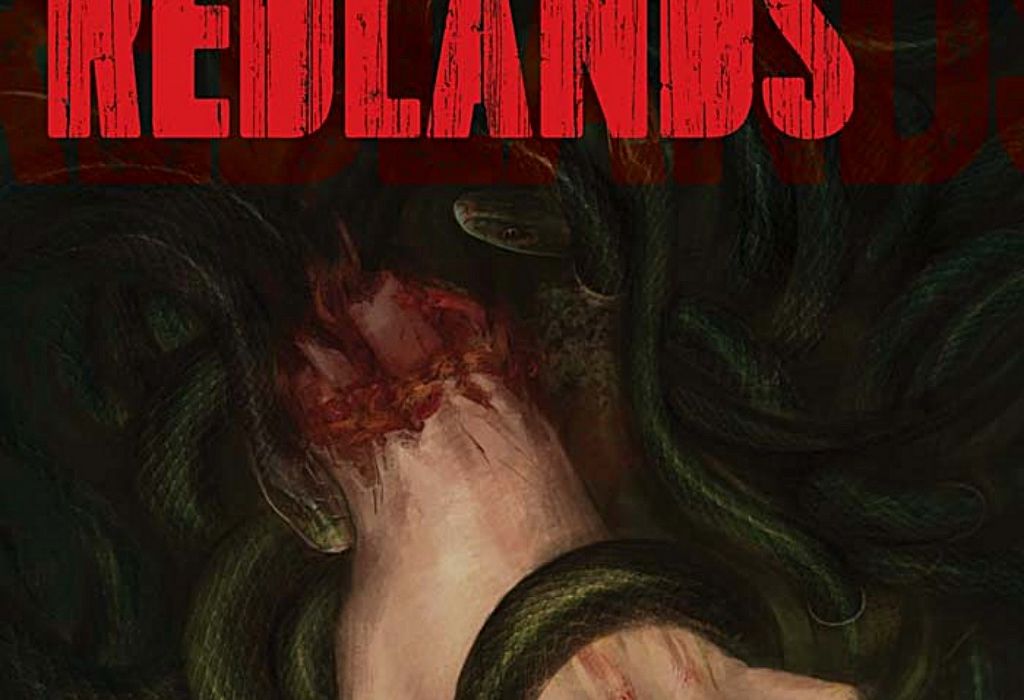 Redlands County, Florida has a big secret. And in “Redlands” #1, writer Jordie Bellaire and artist Vanesa R. Del Rey are ready to explore what happens when a small (and small-minded) town is beset by a coven of vengeful witches. We sat down with both Jordie and Vanesa to talk about their upcoming series, the inspirations behind it and bringing righteous anger to their art. 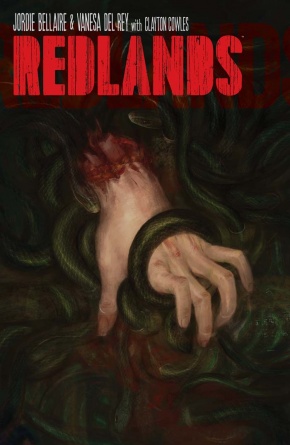 First off, thank you both for taking the time to talking with us! Before we begin, can you give us a brief description of “Redlands” for people who might not have heard of it yet?

Jordie Bellaire: Redlands is a story that follows a coven of witches trying to rebuild their lives with as much normalcy as possible in a town that never wanted them in the first place. The witches are often set against the patriarchy and even themselves.

The idea of using witches as the protagonists in “Redlands” is fascinating to me. Witches have usually been cast as figures of impurity; the kind of women who refuse to adhere to patriarchal society. What was it that drew you to this idea? What made witches the right pick for this story?

JB: Women and the archetypes of crones, witches, succubi, etc go hand-in-hand. If women were sexually liberated, educated or sought knowledge or were generally unfettered by whatever social construct was pushed upon them at the time, they were written about as evil, dark and inhuman. This was in an effort to push women down and make them seem as if they were against not only men, but against god as well. It dates back to the story of Adam and Eve. This is a compelling trope that I wanted to dive into it as I think it has really set the tone for how women are seen in our culture and in our media. Women have been taking back the idea of being a witch or she-devil and owning it. The women in my story are unapologetic, flawed but liberated and real.

Vanesa, you’ve dabbled in the world of horror comics before with “The Empty Man,” which was where I first discovered your artwork. “Redlands,” from what I’ve seen, seems even more somber and atmospheric. How would you describe your approach to this series?

Vanesa R. Del Rey: The visual tone for the series is inspired by turn of the 19th-century illustration and printmaking, mainly. But I was also visiting Goya’s etching works which are pretty dark in terms of the commentary he made with the work as well as the imagery he used. I thought a hatching technique would be appropriate to illustrate the uneasiness, distress and anxiety in this land we have created. It’s also very classical, with attention to details and line weight…. I’m playing with the energy of the line to express a feeling in all ways.

Things in “Redlands” are very strange and confusing, much like the place from which weare taking inspiration, Florida; it’s beautiful and colorful, but dark and unsettling too.

Jordie, am I right in saying this is your first comic as a writer? What was it like expanding from colourist to writer?

JB: This is my first long form story as a writer and I’m very grateful for the opportunity. I had two short stories published before, both drawn by my amazing collaborator and partner Declan Shalvey. I always used to write and really enjoy writing, but never thought anyone would be too interested in the things I had to say. As a colorist, you sing back-up and can hide behind the amazing art or words of other parts of your team. As a writer, you’re sort of out there, in the center. It’s frightening but I feel like the story I want to tell is being delivered right from my marrow so it must be done!

Without giving too much away, this issue read completely unlike anything I was expecting. What’s it like trying to create a sense of horror in the reader when what most of the characters in the issue are afraid of are your main characters?

JB: I wanted the characters to appear very morally ambiguous and again, tie into the trope that men fear educated, strong, liberated women. If the readers are afraid of the main characters (the witches), that’s great! But they should also be afraid or at the very least disgusted by the rest of the cast. It’s a pretty upsetting place, as is the world. Everyone is an enemy of someone, anyone could be a villain.

This is probably an understatement given the issue’s postscript , but would it be fair to say that a lot of your storytelling on “Redlands” is politically motivated? There seems to be an undercurrent of righteous anger to the first issue.

JB: It’s absolutely politically motivated. It’s something I’ve been working on for years, so my anger is nothing new or super topical. The book involves very new political issues but unfortunately, many of them are dated and dusty with history. The tragedy is that history seems doomed to repeat itself and I feel like the society we live in takes extremely slow, sluggish steps forward towards the future. There’s much I could say here, rally and throw my fist in the air about, but I would suggest looking to “Redlands” for that sort of commentary; you’ll get it in spades. It is definitely cathartic for me and perhaps for other readers, you’ll be able to find the calm center in the madness as well.

Finally, and on a hopefully lighter note, what stories (witch-focused or otherwise) would you recommend to people to prepare them for “Redlands?”

JB: I really enjoyed the documentary The Seven Five, a Brooklyn police officer during the ’70s makes terrible choices based on desire and eventually his entire precinct loses the respect of its city. Complex and heartbreaking, stories like that really inspire me.

Along with Luckiest Girl Alive, Gone Girl, The Shining Girls. Flawed women with agency written by women have really helped me understand best what I’d like to say as an angry, flawed writer. These novels definitely have the tone and grit I hope Redlands can deliver.

“Redlands” #1, written by Jordie Bellaire and illustrated by Vanesa R. Del Rey, marries a Southern Gothic aesthetic with a modern, political take on witches. It will be published by Image Comics on August 9.