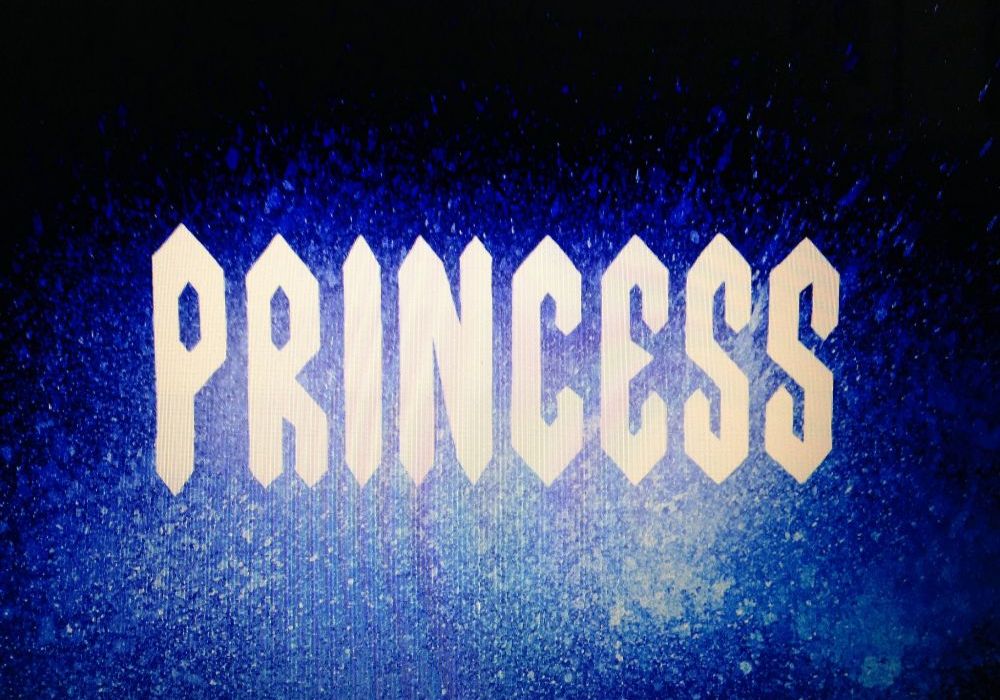 There was a lot of talk about 2016 being garbage, and how 2017 was going to be better. Thirty eight days in, and that claim seems a remnant of a more innocent time. But, yesterday, a bright spot emerged from the darkness in the form of this tweet by Tom Scioli:

Starting this Wednesday and every Wednesday I'll be running a new Webcomic called #PRINCESS at https://t.co/CwTCpbmlU8. pic.twitter.com/PiSFHgMQDh

For the uninitiated, we are big fans of Tom’s – he’s been featured on this site various times, and we’ve specifically highlighted his webcomics “Satan’s Soldier,” “Final Frontier,” and “American Barbarian,” so to see that he has a new web project in the works was very exciting. Tom was kind enough to answer some questions about “Princess,” how his creative process works, and how page limits can sometimes lead to creativity.

Tom, it has been awhile since we’ve seen you do a webcomic – why is now the right time to launch a new one?

Tom Scioli: I usually have multiple projects in the hopper in various stages of development competing to be the next Webcomic. I would’ve started sooner but none of them were ready to go. Then “Princess” showed up and demanded to have her story told. It doesn’t hurt that I have a lot of stuff coming out in the next couple months. It’s a good time to capitalize on the attention and release something entirely my own.

Each of your comics has, in some ways, built off the last and introduced new techniques to your work. “Satan’s Soldier” removed the inks and added more neon colors, “Mystery Object” changed the layout of the strips, going for a much more vertical feel. “Transformers Vs. G.I. Joe” introduced the crayon layer. How does “Princess” build off of what you’ve done before?

TS: A defining formal innovation has not yet appeared in the series. The pacing is different than what I’d been working on in recent years. Comics can be an extremely effortless and pleasurable experience. I want to go in that direction, where it just flows and tastes like candy. Maybe simplicity is the innovation. I want to focus on character more and less on the formal aspects I’m naturally drawn to.

You recently wrapped up the aforementioned “Transformers Vs. GI Joe,” and you’re currently doing back-ups in “Cave Carson Has a Cybernetic Eye.” Aside from the obvious freedom of not having editors and different sorts of deadlines, how does your approach change for a webcomic versus a company-owned work? Or, does it not change at all?

TS: I try to approach it the same way, but there are limitations. I have to adhere somewhat to what can be reasonably expected from a series with a title like “Transformers vs GI Joe.” There’s gotta be Transformers and GI Joes in it. “Princess” can be anything I want it to be. It doesn’t even need to have a princess in it. I have no one to answer to other than the audience. When I’m doing work for hire, there are strict page counts that must be adhered to. That limits your options for pacing. It becomes more like solving a puzzle. It’s a different kind of creativity. Cool things can come out of it, though. Unexpected solutions. A lot of the innovative layouts in “Super Powers” are a result of getting around the strict page count. It’s like “I have 3 pages. How do I get the most mileage out of them?”

You had started a new series, “Mystery Object,” in 2013 that has, as of today, only seen 7 chapters released. Will we eventually see “Mystery Object” return?

TS: Maybe. It’s been a while and I feel like I’ve moved on from that story. It was about to take a dark turn in chapter 8, and I preferred to end it on a happy note rather than continue and put those charming characters through a lot of misery. I don’t often find myself wanting to revisit old series once I’ve spent some time away from them, but I do tinker with ideas for continuations of older stuff. None of these stories have demanded to be told yet.

Precious little has been revealed, outside of a title and a teaser image featuring said title, about “Princess.” Give us the elevator pitch – what can folks expect? 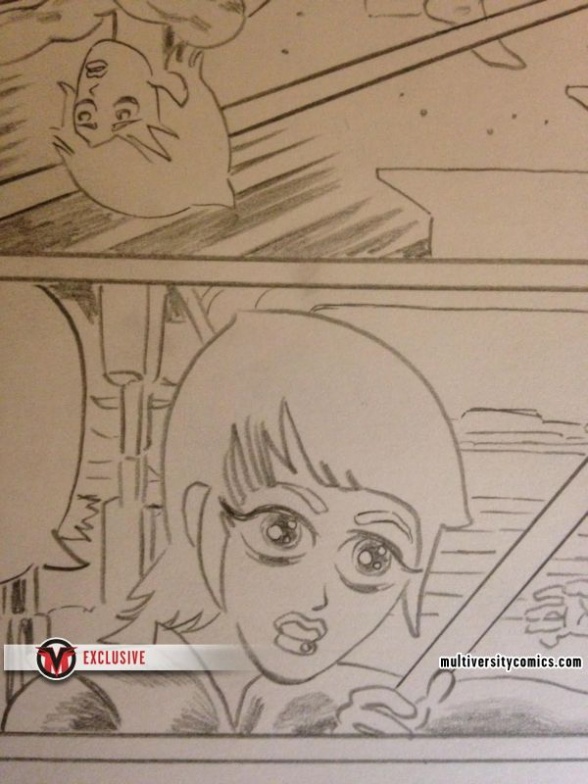 A piece of process art from Princess

TS: It’s hard to do the elevator pitch without revealing the surprise twists. It’s a story that begins very simply and appears simple on the surface. An badass alien space princess is on the run from the warlords who have taken over her planet. Adventure, twists, turns, fights, chases and revelations follow.

What is it about webcomics that keeps attracting you to do more? What can you do in that format that you couldn’t do elsewhere?

TS: It’s the instant access to a global audience. That’s insanely useful when you’re trying to build a readership, but it also fuels my creative energy. The immediate connection excites me in a way that traditional comics production does not.