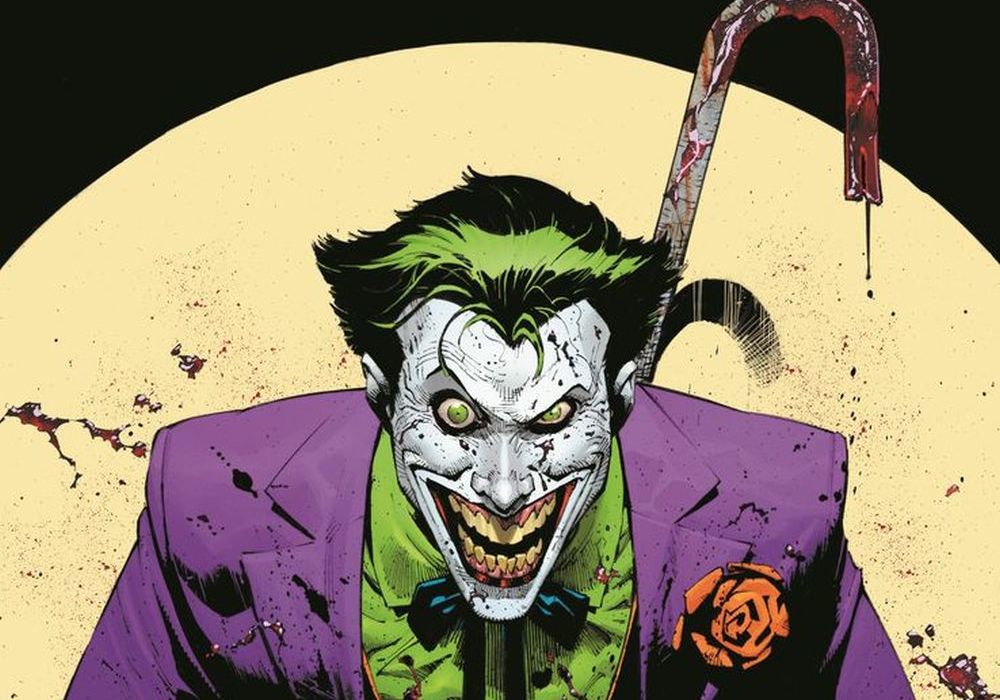 One of the most indelible images of the New 52 was the Joker’s cut-off face, which graced the final page of “Detective Comics” #1. That page, written and illustrated by Tony S. Daniel, would have repercussions throughout all of the Bat-books, and help set the tone for Joker stories for the next five or so years. As part of “The Joker 80th Anniversary 100 Page Super Spectacular” #1, due out on Wednesday, many creators have returned to tell another tale with the Clown Prince of Crime, with Daniel being one of them.

His story, ‘Penance,’ is about the intersection of Gotham’s super villains and street level criminals, with the Joker taking a very Batman-like role in the story, structurally. I got the chance to speak with Daniel last week about the series, and after the interview, we can share an exclusive first look at the art for ‘Penance.’ 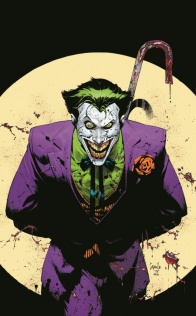 The Clown Prince of Crime celebrates 80 years of chaos! The Joker has been the greatest villain in comics since his debut and to celebrate we have a who’s who of comics’ finest talent giving the Harlequin of Hate the birthday roast he deserves. The stories feature a range of terror and anarchy, showing how the Joker has impacted Gotham City from the police to Arkham Asylum, from the local underworld to the Dark Knight and his allies! Make sure to RSVP to this birthday bash-you wouldn’t want to wake up with a Joker Fish on your doorstep, would you?

Thanks to Tony for the chat and DC for the preview, and pick up the issue on Wednesday!

This story brings into focus two of the common features in ‘classic’ Batman stories, though elements that rarely intersect: the Joker and the Gotham City mafia/organized crime world. Was it fun to be able to bridge those two poles of Bat-villains?

Tony Daniel: I had a lot of fun with the idea. I wanted to show the fear the Joker invokes in the people of Gotham, including other bad guys. The nightmares that plague the crime boss and toll it takes on his health runs with the idea that time is running out for him and that the Joker is going to get him one way or another. I always loved the organized crime aspects of Gotham City where it would likely be rampant.

The structure of this story is very similar to that of some Batman stories, where the effects of Batman are seen/felt far more than we actually deal with Batman himself. Was it intentional to place the Joker in that same structure?

TD: I don’t think I consciously chose the structure except that I thought it would be a fun take, to get into the mind of a criminal who is fearing for his life from the Joker. I wanted to do a dark revenge story that could be told in such a short span of pages. I’ve never written such a short story, anything under ten pages, so it was a first for me. I felt like other ideas I had, that had teeth, for the Joker needed more space and that it would be best served down the road if there’s ever another opportunity to write a fuller Joker centric story, which I would certainly jump at doing.

Why do you think the Joker has, over the past 30 years or so, risen above the other classic Bat villains to become the nemesis we think of most often?

TD: The history between the characters is so ingrained into what and who Batman is to people, that you often think of one along with the other. When you think of Batman, you think of the mountain he’s climbing, protecting Gotham City, avenging his parents, and his most prominent adversary, the Joker, who represents madness, evil, and chaos, everything that goes against Batman’s driving forces.

Your “Detective Comics” run began with the Joker cutting off his own face, a gruesome and memorable element. What was the inspiration for that moment, and how do you feel about it, almost 9 years later?

TD: It took me a while to get to that point and it almost didn’t happen. But the idea was that Joker would be running around the streets of Gotham with a new face that no one would recognize. I sold DC on the idea that there were many options on the table after the fact, such as, is it really the Joker’s face or one of Dollmaker’s tricks? What would the new Joker look like?, etc. It took off after that and became this whole crazy thing in the Bat-books. I wasn’t expecting the impact at the time. I knew it would shock, but ultimately I knew it would make for a lot of other cool ideas.

Colorist Tomeu Morey is your partner on this story. What did you give him, in terms of a visual description for how you wanted the Joker to appear?

TD: Tomeu has been my primary partner since “Detective Comics” #1 and I look at him as my partner on everything we do together. It’s such a blessing to have found him when he was just starting out and now we’re like brothers. With Tomeu, I hardly ever give direction because he’s so good at what he does, I don’t want to interfere with his process. I give him the black and white and get out of his way. He’s just an outstanding artist on many levels and I’m fortunate to work with him. I can’t say enough about him, I love the dude.

Finally, we’ve seen so many versions of the Joker in the past, from the ‘clown prince of crime’ to a vicious, terrifying figure. When you think of the Joker, what iteration or era comes to mind?

TD: There are so many! And they’re all great. I love all the iterations, but the ones that stand out to me are Neal Adams, Frank Miller and Jim Lee’s. Those three are the holy trinity when it comes to Joker, and Batman for that matter. I would say all three of those gentlemen, mixed in a bowl, have definitely inspired my own work on the Batman titles over the years. 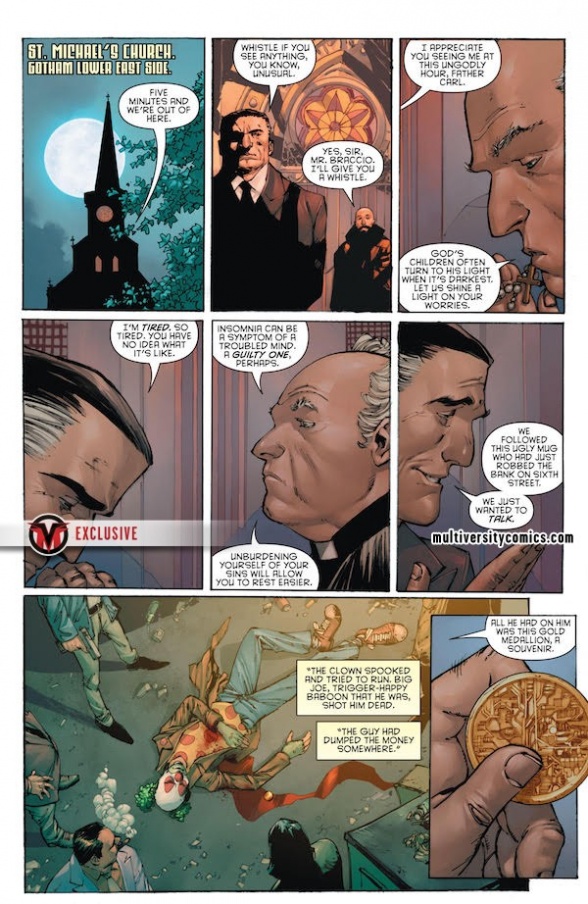 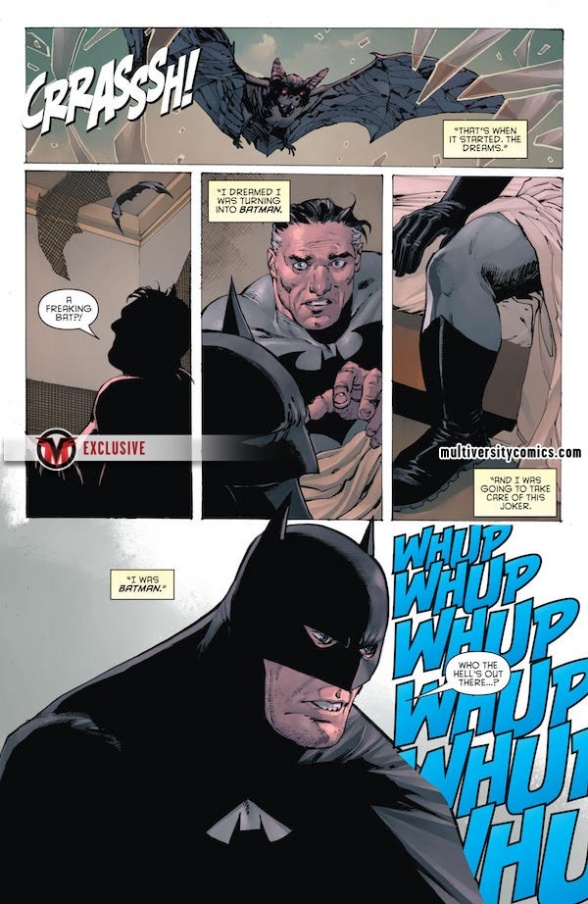 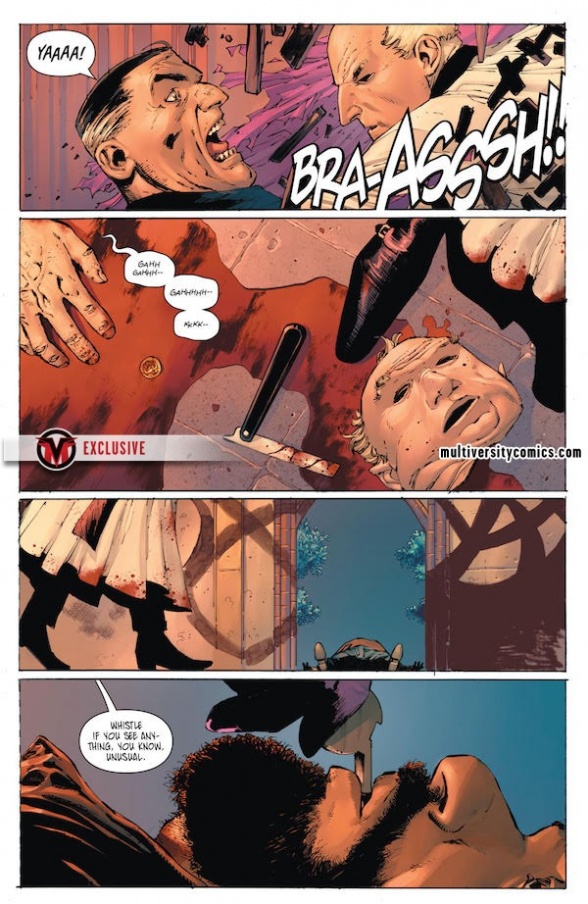