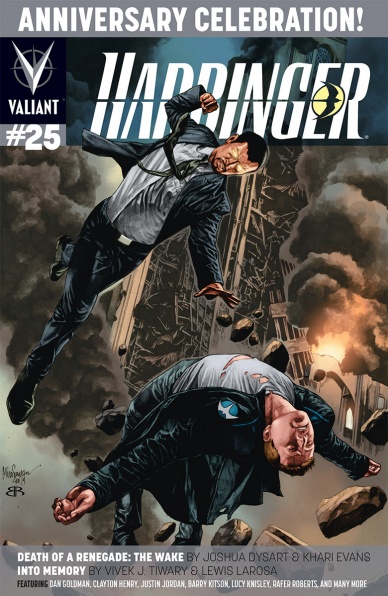 For many Valiant fans, “Harbinger” #25 is going to be main event, as the book that has been maybe the most highly acclaimed title since Valiant’s relaunch celebrates its 25th issue with a gigantic, anniversary spectacular. Not only does it find Josh Dysart and Khari Evans concluding the epic story that has been building for 25 issues, finding the Renegades squaring off against Toyo Harada, but an incredible line-up of contributors like Justin Jordan, Rafer Roberts, Lucy Knisley, Riley Rossmo and more contribute to this giant-sized comic.

But perhaps the most exciting part of this comic is that “The Fifth Beatle” writer and mastermind Vivek Tiwary will be telling a short story with art from Lewis Larosa that tells the story of how Joe Irons – the young friend of series lead Peter Stanchek whose death turned Stanchek against Harada – became friends with Stanchek. For many, Irons was a huge part of the book, but someone we didn’t know much about. Tiwary will be delivering that, and given his gifts as a storyteller, especially with handling sensitive, tragic stories, this could be an absolutely landmark story for Valiant.

Today, we have a conversation with Tiwary about what made him want to write comics and to write “Harbinger”, his connection to the story, working with Larosa, and what an amazing ride it has been after “The Fifth Beatle” was finally released. Thanks to Vivek for chatting with us, and Valiant fans, don’t miss this book (and pick up “The Fifth Beatle” too!). 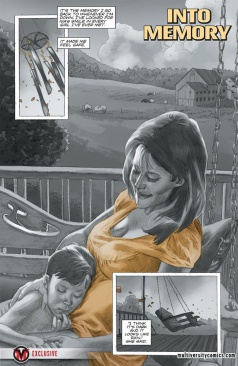 Page from Harbinger #25
Now that you’ve got your bonafides as a comic creator, I have to ask, what was it about the comic book medium that appealed to you as a storyteller, and were you always a fan of comics in the past?

I’ve been reading comics since I was a child—from Tin Tin with my mom to classic Marvel titles with my dad. I’ve often said I learned to read by reading comics! I believe the comics medium is one of the most powerful for capturing emotions and the poetry behind a narrative, whether it be in superhero work like on Harbinger, or reality-based work like in The Fifth Beatle.

Obviously this isn’t your first comic book rodeo, but it is your first superhero project. What was it that appealed to you about working with Valiant, and in specific, on Harbinger?

I’m a longtime fan of Valiant, and Harbinger is my favorite book in its universe. The Harbinger characters may be superheroes by definition, but their problems are the most basic and deeply human—growing up in a fractured world, coming to terms with loss of loved ones, wrestling with issues of identity, etc. Those are problems that everyone can relate to at some point in their lives. Moreover, the Renegades are underdogs, and I love underdog stories. The Fifth Beatle’s Brian Epstein was an underdog. So in my mind, the move from The Fifth Beatle to Harbinger is not be as radical as some might think!

Your story focuses on the series lead, Peter Stanchek, and his relationship with Joe Irons, a character who died early in the series. Their relationship from what we saw was a turbulent one, but it was one with fierce loyalty. When it comes to characters like Peter and Joe, what do you feel makes them such interesting characters to explore for you as a writer, and what are you hoping to bring out with their dynamic that we may not have seen before?

Josh Dysart has done an amazing job with Harbinger, so when I was offered the chance to play in his sandbox, I immediately thought to explore the small cracks and seams—the little areas that Josh probably didn’t have time to pore over or expand on. I’ve always loved Joe Irons and found suggestions in Josh’s text that Joe was a strong character, despite his outward fragility. I wanted to explore those strengths and weaknesses, and to know what exactly brought Peter and Joe together, what made them close enough to define each other as family. Family is extremely important to me, and I’ve lost a lot of my closest loved ones over the years, including both my parents. You’ll see when you read it that this Harbinger story gave me a chance to write not just about Joe and Peter, but about family, love and death—thereby confronting some of my own fiercest personal demons. 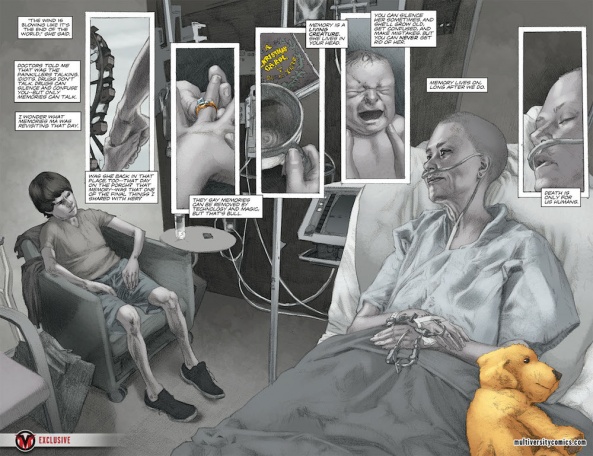 You’ve obviously been able to work with some phenomenal artists, like Andrew Robinson and Kyle Baker, but Lewis LaRosa is no slouch himself. For you as a writer, what does it mean to have a collaborator like Lewis to help bring this story to life?

I’ve been spoiled—truly blessed—to work with some of the best artists practicing the craft! My stories are all about the human condition, so I make it a mission to work with artists who can capture that with a brushstroke. Simply put, Lewis and his amazing artwork were invaluable to me and to this story. If anyone else had drawn it, it would not be remotely as powerful. Thank you, Lewis!

The Fifth Beatle as a book has had an amazing, enviable run, as it’s on its way to become a film, it has collected a large group of passionate fans, and now it’s after a big prize in the Eisner Awards. Did you ever expect the book to have such an enormous response? With all the positivity that has come the project’s way, how does that make you feel about how you, Andrew and Kyle represented Brian Epstein’s story?

Thank you! We knew he had something special with “The Fifth Beatle”—Brian’s story is special and the unique research I did for the book yielded some amazing, untold stories. But NO ONE expected this amazing, immediate, and exhaustive positive response. It’s been both gratifying and humbling to see the book be embraced not just by comics and Beatles fans—but by the LGBT community, the Jewish community, the Rock and Roll Hall of Fame, and the libraries of our nation from my local Patterson and Pawling Libraries to the Library of Congress in Washington, D.C.! And that’s just naming a few of the wonderful groups and organizations who have honored us! It’s been so important for me to capture Brian’s legacy in an honest light—to give him the recognition and protection his legacy deserves. So it’s one of my greatest sources of honor and pride to say that Andrew, Kyle, and I seem to have done exactly that. 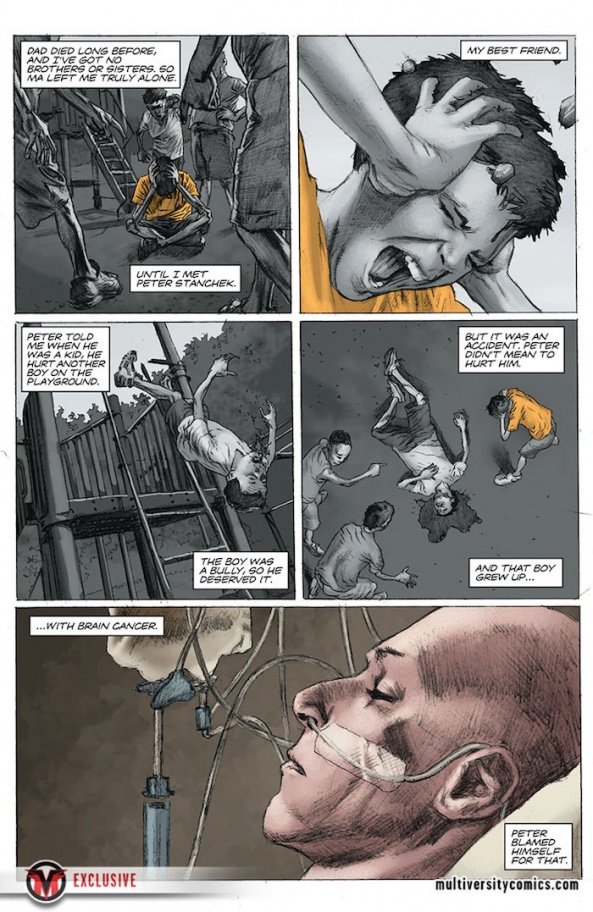 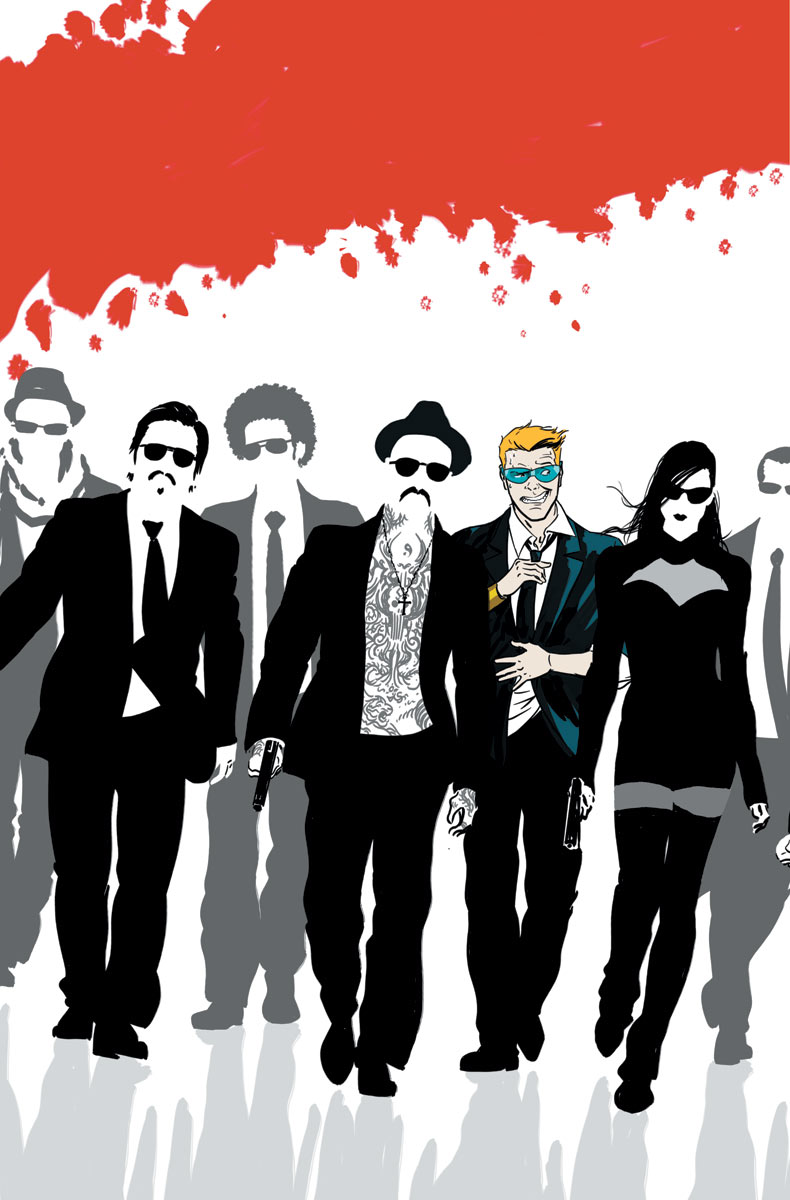