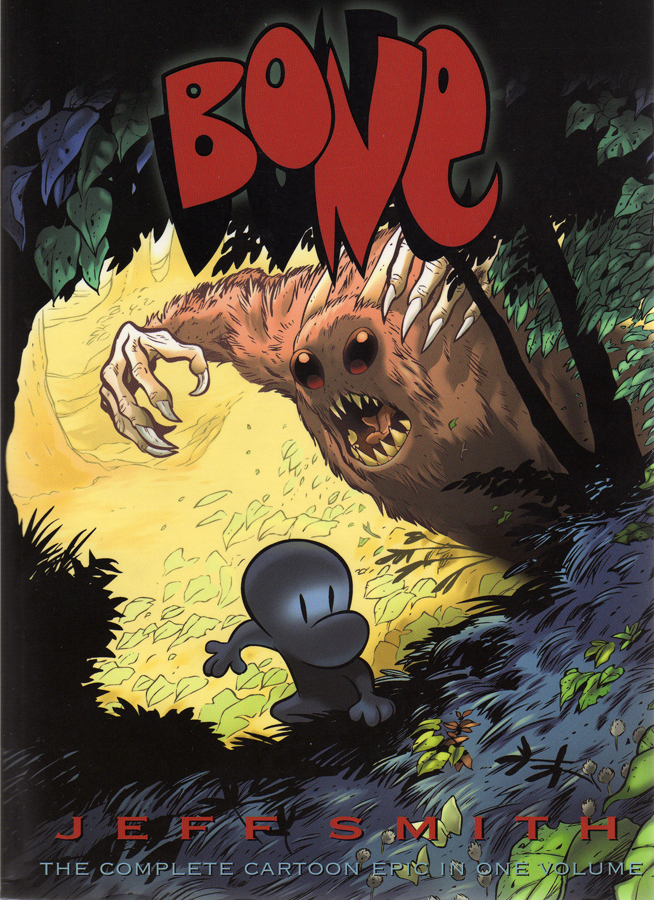 When I was putting the idea for this week of content together, Multiversity’s Editor Emeritus Walter Richardson mentioned an idea I hadn’t really thought of. He brought up the idea that perhaps part of the reason why all-ages comics have struggled – or at least been perceived to – isn’t because of their quality, but because of what comics fans think of the phrase “all-ages comics.”

For example, when Marvel released “Thor: The Mighty Avenger” from the creative team of Roger Langridge, Chris Samnee and Matthew Wilson, it suffered a rather ignominious demise in just eight issues for a very simple reason: it didn’t sell. That’s a bit odd considering it was an incredible (yet somewhat unknown at the time) team and that it starred Thor and varying other Avengers. Why didn’t it sell, then?

Well, that’s a complicated answer. There are a lot of very important reasons why, but it’s hard not to think that yes, the fact that it was an all-ages comic was amongst them. Brian Clevinger, someone who had a similar experience as Langridge, Samnee and Wilson when his “Captain America: The Fighting Avenger” ongoing was downgraded into oblivion from an ongoing, would certainly agree, as he said a reason why that happened was because of Marvel’s perspective that all-ages books “aren’t profitable.”

Is it possible that simply by being labeled as “all-ages comics” that some titles have a stigma attached to them from the start? Well, it depends on who you ask. 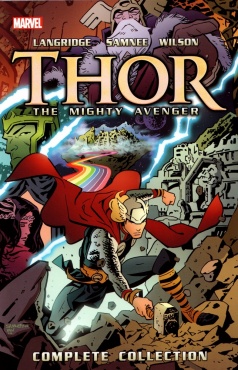 Thor: The Mighty Avenger
“When I hear ‘All Ages’, ‘Kids’ Comics’, or ‘Cartoony’ I now wear it like a badge of honor,” “Amulet” creator Kazu Kibuishi shared, as he’s a cartoonist who has long been labeled as a “cartoony” artist. “To me, ‘All Ages’ represents readers my parents’ age as much as it represents readers my age or my children’s ages, or even a reader my grandmother’s age. My hope is that the books are enjoyed by anyone of any age and all walks of life. There are plenty of other things in the world that can divide us, so why not have this one little thing that doesn’t?”

That’s a sentiment I agree with in theory, as many of my favorite films are animated ones that are ostensibly “for kids” but in reality are movies for everyone, and going to see something like “How to Train Your Dragon 2” is a wonderful experience in how everyone in the theater – no matter the age – enjoys it. Many comics can do that too, like Jeff Smith’s “Bone”, for example. Many comics for readers both young and old are amongst my personal favorites, but it’s hard not to believe this stigma against all-ages books exists, at least in the direct market. “Mouse Guard” cartoonist David Petersen believes that one exists as well, but maybe not for the reason you’d expect.

“I can see how there could be a stigma to an adult about a suggestion to try and all-ages book when they think that means ‘it’s for kids’ or ‘5-12’,” he added. “But, even when used to mean ‘all ages’ (which is how I use the term), an adult could be very skeptical that they would enjoy something that can also be understood and appreciated by a child.”

That’s something I’ve heard in varying shops and readers I’ve come across. One distinct memory I have tied to that very idea was on Free Comic Book Day, a day that above all highlights the diversity of interests comics represent, an employee of my local comic book shop loudly opined my selection of the “Top Shelf Kids Club” issue. To paraphrase the clerk, “why are you getting a kids book?”

But Top Shelf’s release list showcases the magic of all-ages comics, as books like Rob Harrell’s “Monster on the Hill” and Eric Orchard’s “Maddy Kettle” deliver a level of craft and imagination that every comic creator should aspire to, regardless of who their target demographic is. If a comic shop employee on the busiest day of the year for the industry reacts in such a way, it shows how pervasive this stigma on the idea of all-ages comics really could be.

Speaking of comic shops, two different shop owners I spoke to shared kids have their own stigma, as they’ve found that children don’t want to buy kids comics, which is why they need to label their section for kids the “all ages section”, or some variation of that. It’s an interesting inversion of the stigma we’re talking about.

One person I spoke to on the subject had a very different perspective on the phrase, though, highlighting a distinctive angle for why the idea of “all-ages” does a disservice to reading materials of all varieties.

“I’m personally not a fan of the term ‘all ages’ at all! I think there’s a general stigma that ‘all ages’ books are ‘dumbed down’ so kids can safely read them, but I actually have an entirely different reason for disliking it,” Gina Gagliano of First Second Books shared, before elaborating on that reason. It’s a very interesting thought, so I’m going to share it in its full form:

“First Second publishes a lot of its graphic novels for kids and teens. Even more than that, our parent company is a children’s publisher – Macmillan Children’s Publishing Group. (They publish stuff like A Wrinkle in Time and Brown Bear, Brown Bear and Lloyd Alexander’s Prydain books.) So we’re pretty steeped in a publishing culture that’s centered around children – and it’s an environment where everyone is very aware of the realities of how kids read.

And here’s the thing about that: we use the term ‘kids’ to encompass a really broad range of ages and reading levels – 0 to 18. ‘All ages’ encompasses an even broader range – 0 to infinity!

Reading levels just means that a three year old has a very different reading vocabulary than a seven year old or a twelve year old or a sixteen year old. They know different words, are comfortable with different constructions of sentences and speech patterns, are comfortable with different amounts of textual density and literary devices like references, symbolism, etc. A three year old, for example, is not going to be the best audience for War and Peace or Dante’s Inferno. That three year old is not even the best audience for Anne of Green Gables or Holes – Dr. Seuss is more their speed. And it’s not just that three year olds are super tiny and full of as-yet-unformed-brains – even the seven year old, the twelve year old, and the sixteen year old may have trouble with War and Peace and Dante’s Inferno – but all for developmentally different reasons.

Age-appropriate content is the other side of reading levels. What this means is that there are some books – and topics – that young kids aren’t ready for, unless they’re presented in a very specific way. You probably wouldn’t want to give your three year old or your seven year old a book about suicide or cannibalism. And even though you could give your seventeen year old a novel about dealing with a mid-life crisis at age fifty, she probably won’t have the lived experience to appreciate it.

It’s really difficult to figure out the age audience for lots of books, because it may not just be ‘kids starting to read’ or ‘fifty year-old men.’ There are books with a really narrow audience (like, The Baby-Sitters Club, or the Hardy Boys novels), and books with a broader audience (like Bone, or The Hobbit). The fact that people of the same age can have wildly different reading levels and interests makes that even harder – I’m sure that there’s a seven year-old that’s enjoying War and Peace somewhere.

But when you think of the idea of age categories on those expansive terms, the idea of ‘all ages’ just seems ludicrous. Because whatever you do, you’re not going to have a book that appeals to the two year-old who likes books mostly because they’re a good texture to bite and to a guy in his thirties.” 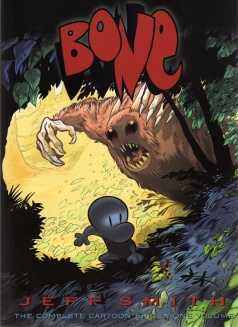 Jeff Smith's Bone
It’s hard to disagree with her perspective. Lumping everyone into one bucket does a disservice to many stories, and it creates expectations that may be inaccurate dependent on who is engaging with the materials. But I do believe the mythical beast of the “all-ages comic” does exist, as does Petersen, who shared his perspective on what the phrase really means.

“All ages material, to work for all ages, must have levels of depth and not talk down to any of their potential audiences.That way an adult without a child can enjoy the material.”

That’s how I envision it as well, but the fact of the matter is at least in the direct market these types of books struggle. It’s something the book market hasn’t seen the same issues with, but some – like Image’s Jennifer de Guzman – believe there’s a very good reason for that.

“I want to note that the ‘all-ages’ category is one that doesn’t exist in the book market. The ‘all-ages’ designation that we use in comics doesn’t say ‘These books are for kids.’ It’s more like, ‘Hey, here’s a comic — and it’s OK for your kids, too!’ The kid-friendliness is a feature, but not what defines it,” de Guzman said. “The book market recognizes that children’s books are for children. Not for their parents. Not for their teachers.”

With that in mind, would doing away with the term and coming up with something else to replace it really fix anything? Probably not. A picture’s worth a thousand words, and replacing three words won’t change the mind of a comic fan set in their ways that certain books are “just for kids.” The problem doesn’t lie in the name, but in the mindset of many existing comic readers. That’s not something a name change can fix, no matter how appealingly simple such a solution could be. For now, the stigma associated with the term “all-ages comics” won’t go away until we’re ready for it to, no matter what we call them. 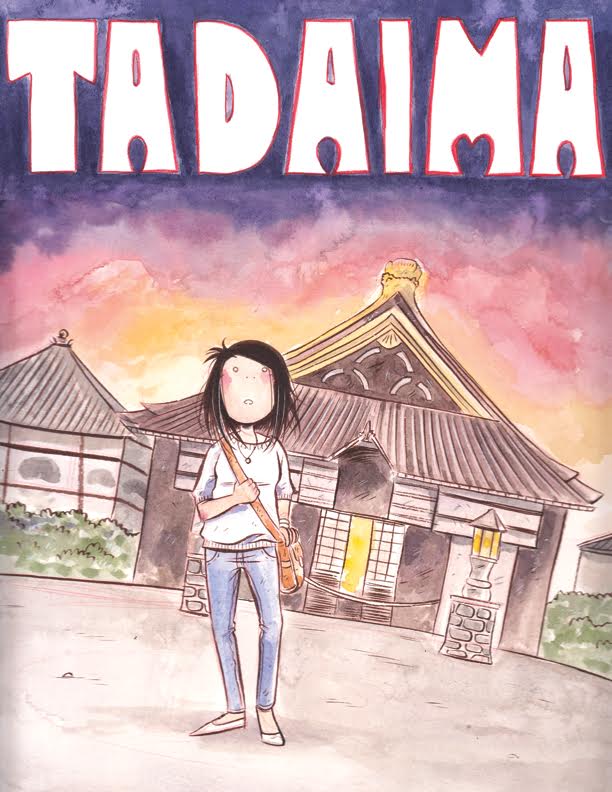