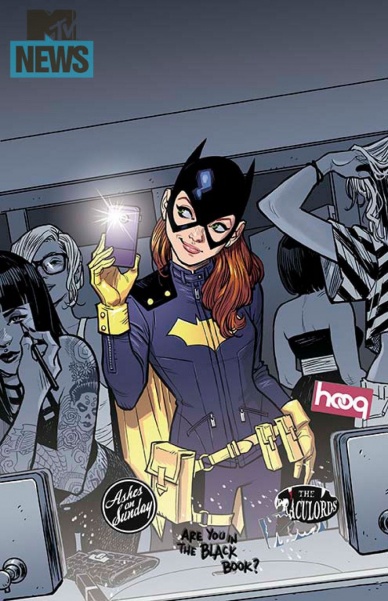 Since its 2011 relaunch, you could make a pretty good case that DC Comics has been the number one punching bag for comics. Sure, there were often other contenders for the throne, but because of PR mistakes, poorly handled situations and the comics internet’s long memory, DC reigned supreme in that department for the last several years. Much of that came from the New 52, an effort that worked out for a time from a sales standpoint but has often been questioned from a creative one, and nearly three full years into that endeavor, there has been little to really get excited about at the Distinguished Competition. Fans, critics and even creators have been ready for DC to make a few bold decisions to hopefully jump start excitement in their publishing line, and with so much time passing, many wondered if or when we’d see that again, especially with so much up in the air with their pending move to the West Coast.

For those looking for something bold, something exciting or something fresh from the New 52, deliverance may finally be here, and it comes in the form of a character and a title that has been around for a long time at DC: Barbara Gordon as Batgirl.

Already a fan favorite book thanks in large part to writer Gail Simone’s lauded work with the character, “Batgirl” is getting a new direction with October’s #35 from the new creative team of Cameron Stewart, Brenden Fletcher (co-writing), Babs Tarr (art duties) and Jordie Bellaire (coloring). The book will find Babs moving to Burnside – the hip part of Gotham City – to attend grad school, and Fletcher described it as “Veronica Mars meets Girls with a dash of Sherlock.” Not only that, but Tarr and Stewart teamed up for a redesign that is practical (with its snap-on cape), fashionable (with its sleek leather jacket rather than form fitting and vaguely smutty spandex look) and instantly iconic.

And you know what?

The fans loved it.

It doesn’t matter if you’re talking about social media or the comics internet, the response was overwhelmingly positive. Artists were embracing the redesign for all the reasons they should, cosplayers eagerly planned their future, and, for once, a DC property was trending on Twitter for reasons they can be proud of. It was an exciting day that found comic fans for the first time in a while focused on a single subject that also happened to be a happy one. And it wasn’t a secret formula that found a DC title earning praise from everyone. Quite the contrary, in fact.

They trusted a talented person to find a perfect if atypical team for one of their books, and he came through in a huge way.

I felt like Nick Fury putting this team together. DC was kind enough to let me pick my collaborators.

While a lot of the New 52’s titles found DC focusing on safe and known creative quantities, for this book, they tasked an extremely talented and bright individual in Cameron Stewart to find the right people for the job. In Fletcher, Tarr and Bellaire, he found a highly capable trio of collaborators who aren’t explicitly known for their work with superheroes, and we’re all the better for it. Tarr, for one, is someone I’d never seen work from before yesterday, and having explored her work after the announcement, it looks like nothing less than an inspired choice. Stewart brought together a team that one wouldn’t typically expect from a DC book, and is a big reason for how fresh it feels. 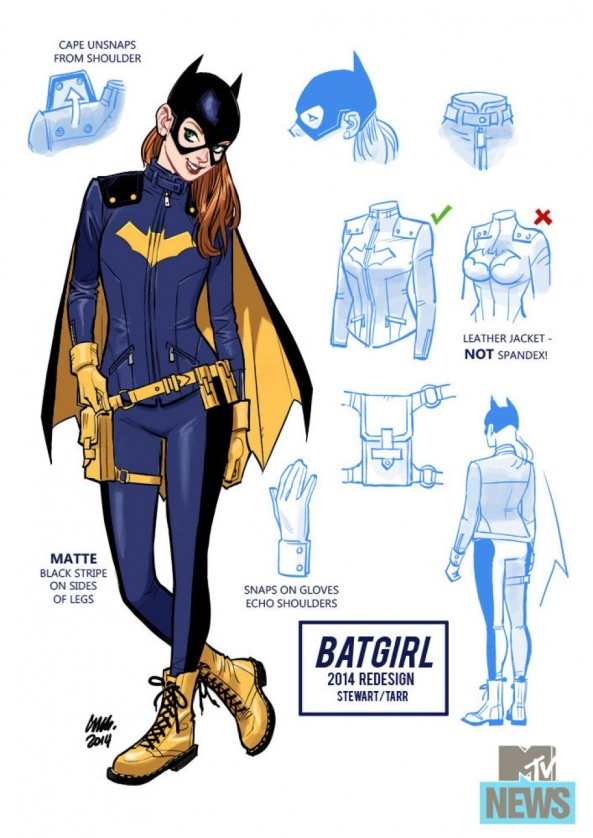 Not only that, but when redesigning the character, Stewart and Tarr didn’t look for sex appeal or flash, but simplicity and functionality, resulting in a look applauded by the comic world over. Given the frequent ill will DC has garnered for its handling of women characters, this could be perceived as an olive branch, but let’s call a spade a spade: it’s a great choice of a great design by great creators.

Before “Batgirl”, however, there was the announcement way back on June 30th of “Gotham Academy”, a book co-written by Becky Cloonan and Brenden Fletcher (again!) with art by Karl Kerschl, and that book laid the foundation of what we saw in yesterday’s announcement. It’s a book with an atypical DC concept – a fun sounding story about Gotham City’s most prestigious prep school that sounds more Scooby Doo than Dark Knight – with a creative team more known for self-published, Eisner-nominated gems like “The Abominable Charles Christopher” or “Demeter” than superheroics. “Gotham Academy” looks and sounds fantastic, and it has one huge thing in common with “Batgirl” (besides being co-written by Fletcher): they both feel respectful of what it means to be young.

DC often shows a strange misunderstanding of youth – especially with some of their choices with the new “Teen Titans” book and the August selfie variants – but with these two books and through these two creative teams, it feels like we’re being given books about young people minus the cliches. Sure, there’s a selfie being taken on the first cover, but it’s done in a way that feels natural to the character and to what they are going for in the book rather than being what a marketing department is looking for. And I cannot underline this enough: that is huge for both DC and for comics.

That, my friends, is what happens when you trust the talent.

While they certainly won’t change every mind in a day, by empowering brilliant creators like Cameron Stewart, Brenden Fletcher, Babs Tarr, Becky Cloonan, Karl Kerschl and more to create a world and develop a story the way they want to, DC is embracing a path that readers clearly want to follow them down.

Will these books be able to fulfill their promise? Will “Batgirl” and “Gotham Academy” be the beginning of something new for DC? Those questions I can’t answer. At least not yet. But I can tell you one thing: I’m excited to find out.

And that’s something I haven’t been able to say in a while.