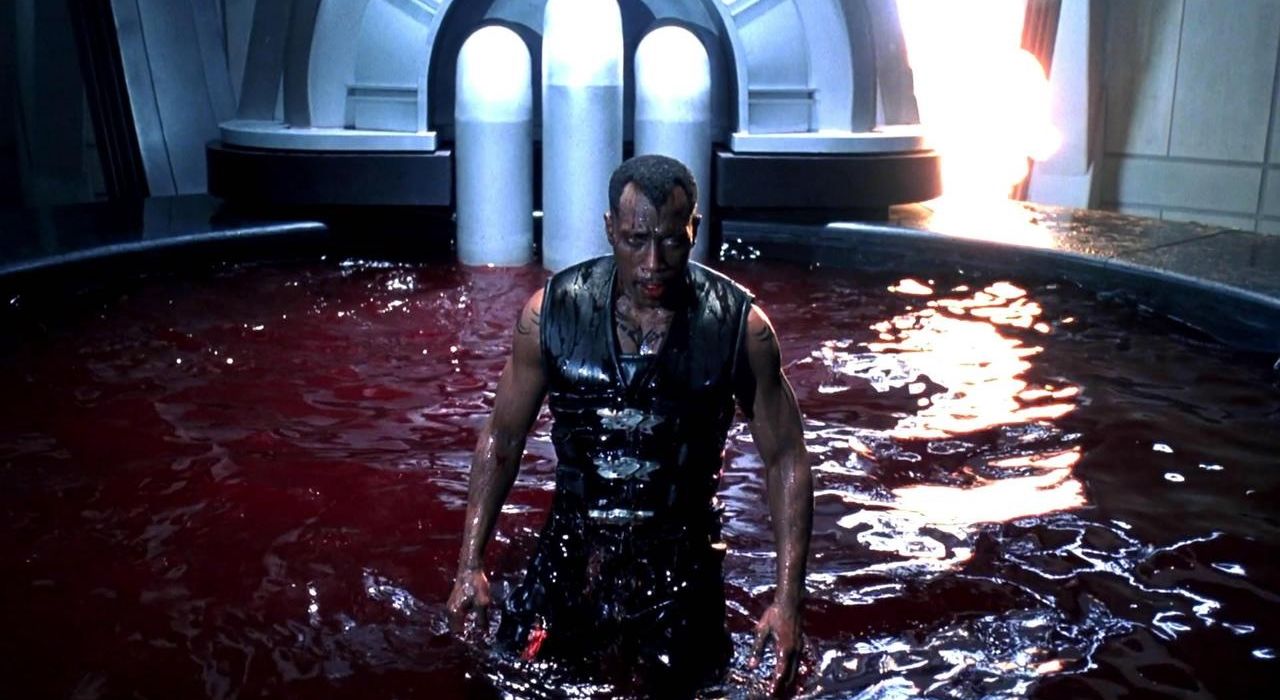 In May 2002, Sam Raimi’s Spider-Man would see release, becoming the first film to open to a $100 million dollar box office in one weekend. The film industry would never be the same. Superhero movies in the mold of Spider-Man would go on to dominate the industry. Marvel would soon become the biggest name at the box office; Spider-Man would change everything. A few months earlier though, in March, a smaller Marvel film was released. An R-Rated, gritty vampire action film, with a black leading actor, and a director who would later win two Oscars. Blade II, opening to a decent $32 Million, would be overshadowed by Spider-Man’s success in every way. Yet Blade II deserves its own space in superhero history as a unique, visionary cross-genre blend quite unlike anything that’s come before or since. The movie Roger Ebert described as a “brilliant vomitorium of viscera, a comic book with dreams of becoming a textbook for mad surgeons” deserves respect and admiration. 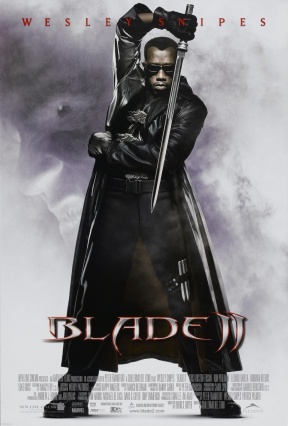 The original Blade film came out in 1998, and was a significant success. As the first Marvel film, Blade kicked down the door and led to X-Men and subsequently Spider-Man. There was sharp action, a solid script, and a captivating lead in Wesley Snipes. Even as other Marvel films launched into production, the studio wanted a sequel. Rising horror director Guillermo Del Toro landed the job, off the strength of his films Cronos and Mimic. For Del Toro, this was a leveling up in Hollywood. The budget for Blade II was larger than all his previous films put together, and Del Toro set out on a mission to top the first film. Del Toro wanted to amp up the frights and fights to the next level, and he succeeded. The result is a macabre, vicious, and enthralling work of comic book cinema.

Del Toro brought on a new creative team to realize his dark vision. Mexican D.P. Gabriel Beristain, who would go on to become a reliable cinematographer for Marvel, was brought on to lens the film while Carol Spier, production designer on almost all of David Cronenberg’s films and a Mimic alumnus, designed sets and props. Wendy Partridge, a veteran of TV science fiction, would design the costumes. Supporting the production team was legendary comic artist Mike Mignola who developed the film’s visuals via concept art and storyboards. Some of the final shots still have very distinctive Mignolaesque composition and lighting. Del Toro’s expert team would assemble a moody, gothic look for the action-horror film. Beristain placed an emphasis on shadows and seedy neon lighting, while Spier designed ancient and decrepit lairs for Patridge’s black clad vampires to inhabit. The striking result made Blade II perhaps the creepiest comic adaptation of all time.

The film featured a much larger ensemble, as vampiric hit squad “The Bloodpack” entered the picture. The movie Del Toro described as “The Dirty Dozen with vampires” would require a larger and richer cast than the first film. With Wesley Snipes at the head, Del Toro picked a cast which would include many future horror/comic icons. Ron Pearlman menaced as the badass “Reinheardt” and Norman Reedus wisecracked as the techie “Scud”. Villains Karel Roden, Luke Goss and Thomas Kretschman would later return as comic-book baddies in Hellboy, Hellboy II and Avengers: Age of Ultron, respectively. Even martial arts superstar Donnie Yen has a memorable bit part. With Snipes and Kris Kirstoffersen as seasoned returning anchors, they built out a strong ensemble for a superhero film of its time.

Yet there’s really one crowning feature that earns Blade II a spot in the superhero hall of fame. Besides its moody visuals, and talented cast, what really stands out is the brilliantly gory makeup and special effects. Blade II remains something of an oddity, a superhero horror movie with a very hard R rating, which Del Toro chose to take full advantage of. The film’s most memorable and iconic element is its horrifying “reapers,” mutated vampires with jaws that split in half. In the annals of comic-book horror films, there isn’t anything quite as freaky as the reapers. Even in Del Toro’s own remarkable monster filmography, few things come as close. Steve Johnson and his makeup team at XFX, put incredible work into making some truly nasty creatures. Every time their hideous jaws open wide, it’s revolting, terrifying and utterly memorable. The design has become iconic, and has inspired countless other monsters in films, comics, and even video games.

Blade II is indeed something special. Not only is it unique for it’s hard R- Rating, and its diversity in front of and behind the camera, but for the film’s unique aesthetics, and its blend of genres. Blade II is quite scary, but it also has frenetic action, and real emotion. It’s a cross-genre effort with real weight and power, made by creatives who strongly believed in the material. Although comic book movies are all the rage today, very few genuinely have as much imagination or vision. Very few feel as if they’ve been lifted right off the page. Blade II, overflowing with style and creativity, really does.