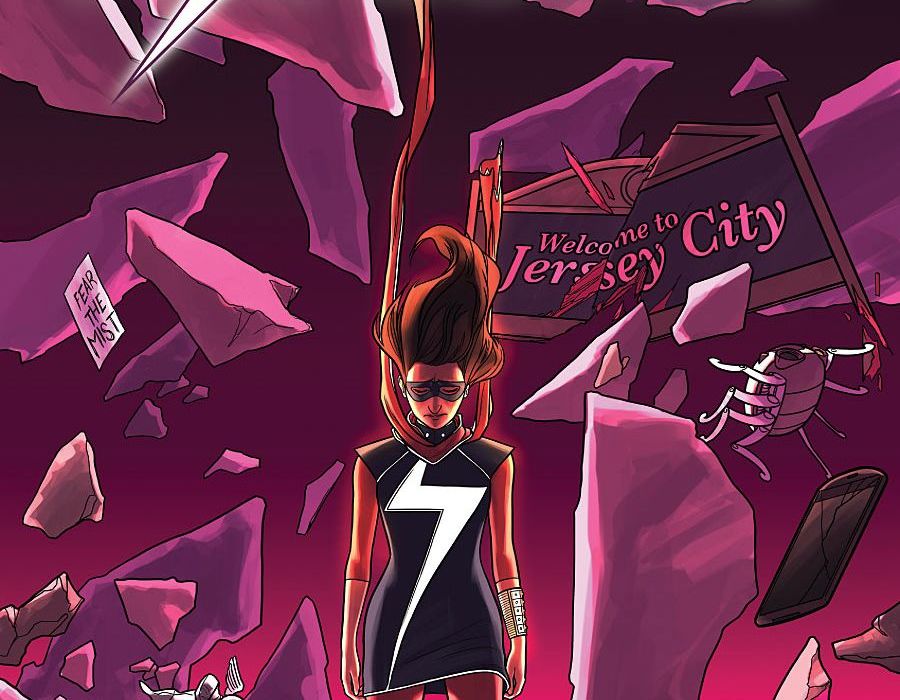 What a week this has been.

Last weekend Marvel hosted their first retailer summit since they went bankrupt in the ’90s and allowed ICv2 to cover some of the events.

In an interview with ICv2 about the market and Marvel’s current struggles Senior Vice President: Sales and Marketing David Gabriel let this bombshell slip,

ICv2: Now the million-dollar question. Why did those tastes change?

Gabriel would later clarify that this statement was not entirely what he meant, that some retailers have seen sales improve with these diverse characters and that they aren’t going anywhere, but the damage was done. This along with other comments on diversity, relaunches, and expanding certain “family lines,” as well as Editor-in-Chief Axel Alonso’s “artists don’t move the needle” crack, have caused the media to explode.

And explode it has.

Major media outlets such as NBC, The Guardian, The New York Times, The Telegraph, The Independent, Time Magazine, Entertainment Weekly, The Daily Mail, and Variety (with varying levels of accuracy) decried Marvel to the world.

Bleeding Cool had a damn field day with Jude Terror tackling every piece in detail, riling up Mark Waid, who threatened to punch him, and leading Waid to delete his Twitter account. Rich came in Monday to try to play peacemaker. Newsarama were criticized by Nick Spencer for their article about the event, but just about every other comic book news outlet ran similar stories. A handful of level heads chimed through with CBR running an article about the direct market and relaunches being the source of Marvel’s current woes as well as Kamala Khan creator G. Willow Wilson’s,  now widely publicized “Who wants a shitty legacy?” thesis on her blog.

So the question now is, who is right? And the sad part is, I think everyone is. 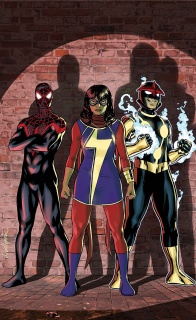 Marvel has a diversity problem. Like Wilson suggested, many of their legacy characters didn’t take off in the same vein of success as Kamala Khan, Miles Morales, and Jane Foster’s Thor. Multiple articles have pointed to this and the Diamond Top 100 titles of March 2017  showcasing not a one of those characters until #33 with “All-New Wolverine.” This is certainly not to say that these are bad characters. Many people love Moon Girl, the new Wasp, the Black Panther spin-offs, and Riri Williams, and rightfully so because the potential for legacy characters have, and always will be, part of the superhero genre we all love. But how do you build a legacy when you are constantly relaunching and restarting your universe from scratch after the next earth shattering event? With more time built up, without a forced “Civil War II,” perhaps Riri’s character, and her development into Tony Stark’s replacement as Ironheart, would feel more true and less forced. I think we are quick to forget that it took many series and creative teams to get a Jane Foster Thor or a Sam Wilson Captain America. It took Bendis over 100 issues of “Ultimate Spider-Man” before Miles could even be contemplated. This aspect of the problem is twofold.

Another problem is the creators Marvel hires and how they are treated. In a company that is trying to create space for new voices and new heroes, their creative pool certainly doesn’t reflect that. An African-American Iron Man legacy rings less true from Brian Michael Bendis than someone like Roxanne Gay (who happened to be the first black woman hired to write for Marvel in her short tenure on “Black Panther: World of Wakanda”). I am not trying to fall into the trap that only women can write women, only persons of color can write characters of color, only queer creators can tackle queer narratives, et cetera, but when you have a bunch of straight white men holding all the cards, cards they have been playing and dealing for entirely too long, it’s time to change games. Marvel has a number of wonderful, underrated creators waiting to get their hands on characters they have loved as much as the rest of us. There are so many up-and-coming creators with diverse voices and perspectives. Let them tell their stories.

Of course, it is hard to do that when diverse creators tackle diverse new titles and characters yet are driven away from the medium itself. A recent, and tragic, example of this was Chelsea Cain’s “Mockingbird” series, which was amazing, and ended way too soon. 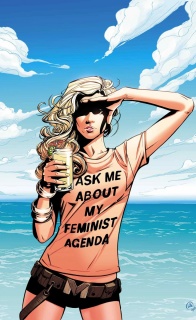 This leads me to my last point, Marvel has a diversity problem, and this one isn’t the creators’ or characters’ problem. It’s ours. The fans are killing superheroes. We’ve all been in the dreaded comment sections of sites, heck sometimes even this one: they can be extremely toxic. Fuck this, fuck that hurled back and forth like there are not actual people behind the keyboard, smart phone, or tablet on the other side. Cynics of Marvel’s perceived diversity initiative decry it for it not being what they grew up with. Rampant racist and sexist dialogue exchanged back and forth that could never be said out loud. Death threats even. And in every thread at least person who says “This is why I don’t read [X,Y,Z] comics anymore.”

Marvel is catering to two different markets. The squeaky wheels on the internet shouting inflammatory remarks at a company who probably doesn’t hear them, and the people who finally see themselves reflected in a character for the first time in their life, but get onto the internet and see the same sort of terrifying rhetoric that gives them pause in the real world.

Everyone is right, there is a problem. Marvel has it, their creators have it, and their fans have it.

So what do we do?

I think at some level Marvel has acknowledged their fault in this. I am too optimistic to believe that David Gabriel really intends for the company to stop publishing inclusive titles. Marvel has stated there will be no major events for 18 months following “Secret Empire.” Whether this means there will be tiny events or “family” events (think “Clone Conspiracy” or “IVX”) more frequently is unknown at this point, but hopefully this will allow these legacy characters to grow into who they are and will give Marvel the chance to bring in new voices to tell these new stories. There is also rumored to be a line wide relaunch (kicked-off by “Generations” perhaps?), like DC’s Rebirth, with a return to the core characters and the legacy characters existing alongside them. We have already seen a test run of this with ResurrXion starting this week (although it’s already facing its own issues thanks to “X-Men: Gold” artist Adrian Syaf). Perhaps with a “rebirth” of sorts, the sales of Marvel’s core titles will allow them to better support diverse creators and titles and cater to the market of people who desperately need and want those books to exist. 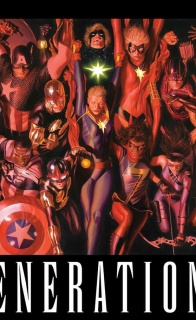 At Multiversity our slogan is “a website written by people who love comics for people who love comics.” It is our job to acknowledge that perhaps sometimes our love of comics shuns other people from the conversation and from these titles. If any of us truly love comics we will call out trolls in comment sections, on Twitter, Facebook, Tumblr, etc. As a genre, superhero comics have traditionally catered to a strongly vocal straight, white, male audience. It is up to those of us, myself included, to recognize the toxicity that permeates that singular viewpoint and say it is not okay for the longterm viability of the industry. The problem with Marvel is not their diversity, or their politics, it is that we have let both of those things get in the way of seeing creators as people and characters who may not look or behave like us or people like us as less important or valuable. It’s time to take a stand.

Tom King responding to a letter in “The Vision” #11 wrote this:

“Across all these cultures, somehow the idea of silly people in silly suits fighting to save this silly world hit a profound nerve. These are modern myths that cut across class, race, gender, and culture. What an honor it is to be able to contribute to them. What a burden it is to make them into something worthy of that honor.”

I think he makes the point that we all agree with. We love these characters because something about them is powerful to us, they inspire us and in turn we inspire them. I started reading comics only within the last two years and, in fact, laughably, the first single issue I bought was “Convergence” #1 (not my finest hour). I tore through that crossover though (as well as “Secret Wars”) that summer. When Marvel relaunched with “All-New, All-Different Marvel,” I was right there buying everything. I know that for some people like me these, or Marvel Now 2.0 or the lackluster “Civil War II,” were their introduction to this world and these characters. We cannot devalue that.