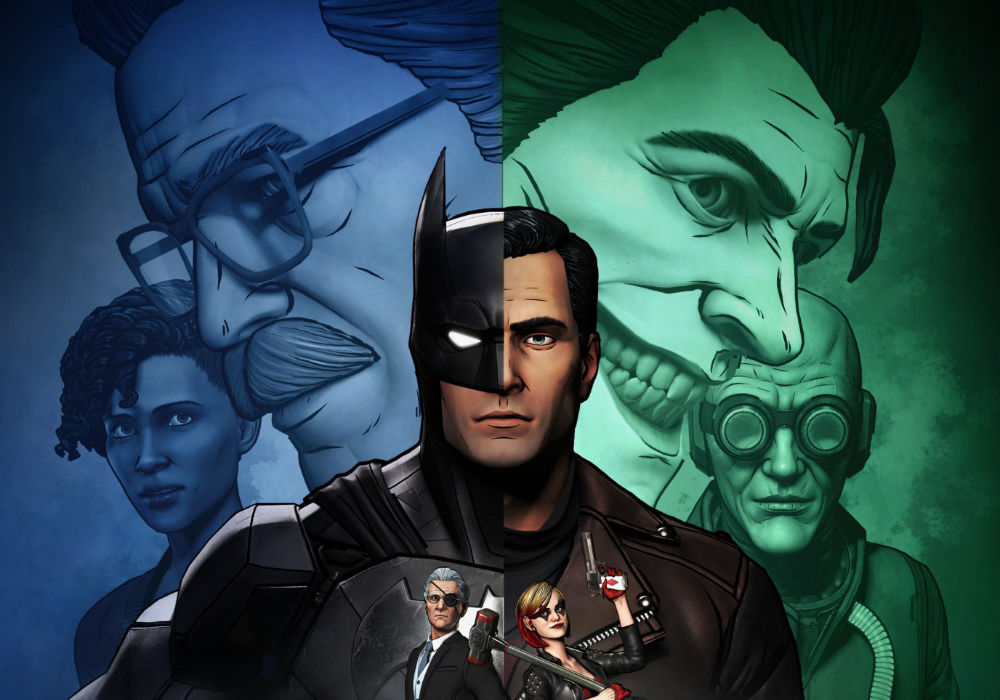 While Two-Face/Harvey Dent doesn’t appear in Batman: The Enemy Within, it would’ve been remiss of us to not finish our coin-based playthrough of Telltale’s DC Comics game. The second (and thus far, final) season of their take on the Dark Knight sees Amanda Waller — who knows Batman’s secret — blackmail Bruce Wayne into infiltrating a criminal group led by several classic Batfoes, while continuing to take risks with the mythology, including allowing players to shape the destiny of the proto-Joker “John Doe.” (In this case, the driver is once again Google’s coin flip function.) 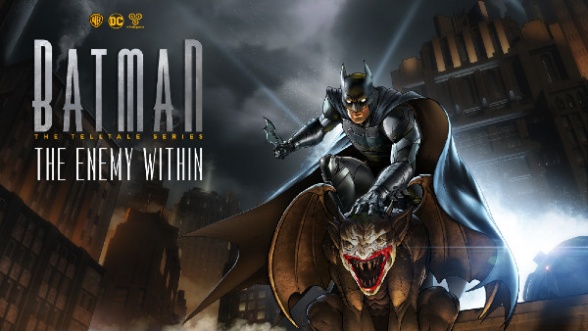 During the Riddler’s hostage-taking at the casino, Batman can advise Gordon to make a frontal assault on the villain’s thugs, or to use tear gas; the coin came up tails, meaning Bats suggested flooding the room with chemicals. Waller criticizes the deployment of tear gas against civilians, but Bats can (and did) defend Gordon by admitting he made the call.

After Lucius Fox is killed by what turns out to be the Riddler’s homing beacon, Bruce can admit to his daughter Tiffany whether the device she saw that day was responsible for his death; the coin’s tail determined Bruce would lie to Tiffany, leaving her in the dark. John Doe crashes the funeral, asking Bruce to repay his favor by meeting his friends. Bruce can risk destroying John’s trust by placing a tracking device on him, but the coin came up heads, so he didn’t do that.

After investigating Riddler with Gordon, Bruce can talk to Rumi Mori — the arms dealer he tried to murder at the casino — or interrogate the fiend’s captured henchman, Eli Knable, as Batman. The coin came up heads, so Bruce spoke to Mori, who promised intel if Wayne paid his way out of the city. The coin sprang tails, so Bruce made the transfer, instead of simply swiping Mori’s data drive. There weren’t any flip decisions in the rest of the episode, since Agents Avesta and Blake’s fates are dependent on answering the Riddler’s questions correctly, though Waller does express anger about Mori’s disappearance. 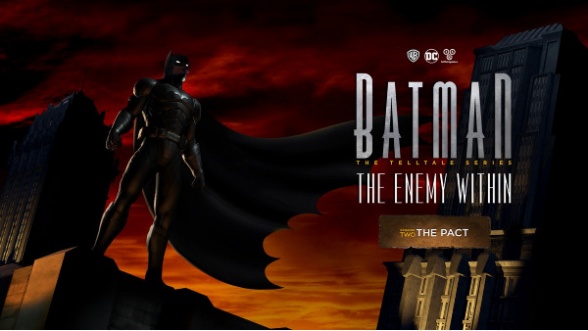 After being left for dead by Bane, Batman can call Gordon or Waller for help: the coin emerged tails, so he called Waller. While recovering, Bruce begins undertaking Waller’s task of infiltrating Bane, Harley Quinn and Mr. Freeze’s pact as himself, and meets John at a bar. During their conversation, John pinky swears that he wouldn’t lie to Bruce, an act of trust he reciprocates after our coin displayed heads. However, the coin came up tails when John’s drunk friend threatened Bruce with a knife, meaning he slammed his head on the pool table, instead of offering to buy him another round.

John introduces Bruce to Harley, who asks him to prove he’s not a mole by taking them to Wayne Enterprises, and to give her the Phalanx Key. They assault the guard at the reception desk, but Bruce didn’t break cover and check to see if he was OK after the coin displayed tails. However, when it turned up heads, Bruce told Harley he was nothing like her; the impact of this was dulled though by John vouching for Bruce getting them in, and Harley’s subsequent explanation that she only behaves like an animal to keep the others on their toes. (John also says he and Harley enjoyed talking about how lame Bruce was.) 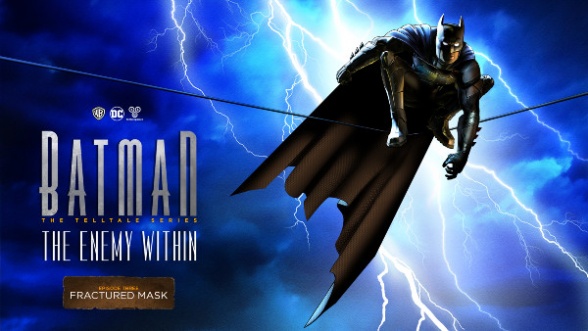 The opening stretch of this episode sees Batman reunite with Catwoman to examine Riddler’s corpse, and work with John to recover his laptop, which she steals for herself. The two men take a break at a cafe, where John asks for romantic advice; the coin’s tails made Bruce tell him to pull Harley’s strings, instead of being himself around her.

Batman is summoned by Gordon, who informs him Catwoman has returned, and that he is planning a sting to capture her. The coin came up tails, so Batman sent her a warning. John also appears on the rooftop, giddy with excitement over meeting the Dark Knight; heads led to him shaking his hand, but tails caused him to destroy his phone after an unexpected selfie.

Catwoman reunites with Bats to thank him for the head’s up; he can offer to take her to the Batcave so they can continue their investigation together, but that wasn’t the case since the coin landed tails. Gordon tries to arrest Bruce over his apparent criminal behavior at his office, but Waller intervenes and has the Commissioner suspended. Bruce can then tell clear up Tiffany’s confusion by confessing his true identity, but the coin again turned up tails, leaving her in the dark.

At the end, Harley determines it was either Selina or Bruce who stole Riddler’s laptop, and he can agree with John to betray her; however, the coin displayed heads, meaning he lied to cover for her, and wound up being thrown into Freeze’s cryogenic pod as punishment. 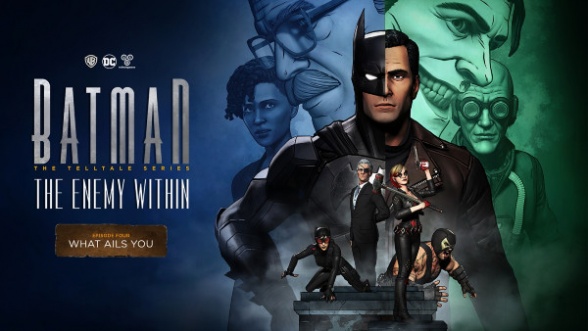 After a lengthy, linear opening where Bruce escapes, and Batman and Catwoman team-up to stop the Pact from stealing the Agency’s bioweapon Project LOTUS, the Caped Crusader interrogates an infected Mr. Freeze, who is trapped inside a stuffy airlock. Freeze agrees to explain why they wanted Project LOTUS if Bats turns down the temperature, but the coin’s tail led him to break his promise, and leave Freeze to slowly cook.

Returning to the Pact’s hideout with Agent Avesta, Bruce finds a distraught John, who’s been given a black eye by Harley; he gets angry at Bruce for telling him to pull her strings, though he can be calmed down. The option is given to let John go and find Harley by himself, or have Bruce insist on accompanying him, and we selected the latter after the coin turned up tails; John responded to Bruce’s lack of trust by pulling a gun on them and fleeing.

Back at Wayne Manor, Tiffany informs Bruce and Alfred she’s been offered a job by the Agency, and Bruce tells her to be careful. He then finds John at an abandoned amusement park, surrounded by the bodies of Agency officers sent after him. John now believes Bruce only pretended to be his friend, accusing him of lying if he responds that’s not true (which he did after the coin flipped tails.) Bruce can choose to take John’s word that he only killed in self-defense, or denounce him; the coin turned up heads, meaning he believed him, and the two took Bruce’s car to stop Harley from bombing Gotham Bridge.

While John attempts to lure in Harley, a disdainful Waller loses patience and sends in her agents, a decision Bruce agreed with after the coin came up tails; angered by this betrayal, John uses Harley’s detonator to destroy the bridge, and kisses and escapes with her, her lipstick smearing his mouth and creating his more familiar alter-ego’s trademark red grin. 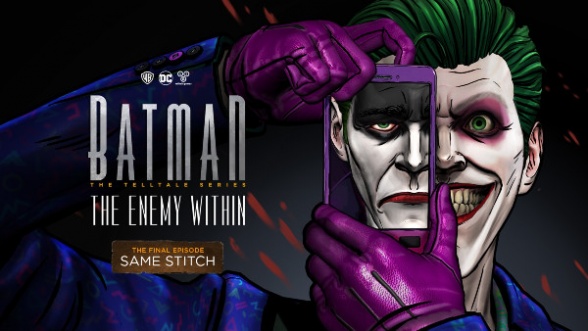 Several weeks later, John, now the Joker, attacks a Wayne Enterprises board meeting, where Bruce is the only survivor. The Joker offers Bruce a handshake, but the coin made him refuse. After Batman defuses the Joker’s bomb at the church, Gordon calls, telling him the villain is at Ace Chemicals. Joker’s thugs sneak up on the Bat, as it turns out Gordon betrayed him in exchange for a map of all the bombs across town, though Joker shoots Gordon’s knees to slow him down. Bruce is taken out of the Batsuit and forced to participate in twisted games with Selina and Tiffany, where Joker tries to goad the two women into killing each other after revealing Tiffany assassinated Riddler.

After the climactic battle, an exhausted Joker asks Bruce if he enjoyed their time together; he answered he wished he never met him, to which Joker replies he knows he doesn’t mean that. Waller debriefs Bruce in the ambulance, and another tail flip led him to tell her Tiffany should be arrested for killing Riddler, ending her part in this playthrough on a characteristically negative note.

The game ends with Alfred announcing he’s leaving Gotham, and Bruce can either allow him to go, or give up being Batman. To me, Bruce’s mission is too important to abandon it, even if Alfred can leave, but the coin came up tails, therefore this version of Batman gave up the mantle to ensure his guardian would remain. The epilogue states Harley is angry John still cares more about Bruce than her; Waller will keep Bruce’s identity a secret; an ashamed Gordon refuses to be reinstated; Selina got a clean slate; Tiffany was sent to prison; Avesta left the Agency; and Alfred feels optimistic. In the post-credits scene, Joker is shown burning a doll of Bruce at his cell at Arkham. 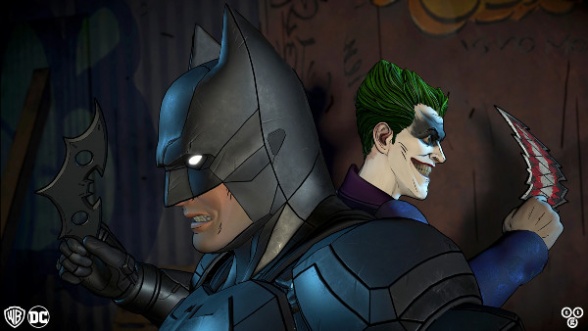 If John apprehends Harley before Waller betrays him, then Episode 5 sees the Joker emerge after the Gotham Bridge attack as a Batwannabe, using Jokerangs and a grapple gun. Waller has publicly blamed him for Riddler’s murder, which he is now convinced she’s responsible for. After persuading Joker to destroy the SANCTUS virus sample Harley stole, Batman meets Avesta at GCPD headquarters to discuss blackmailing Waller over her involvement in its creation. Waller shows up with a proto-Suicide Squad consisting of Harley, Bane, and Catwoman, but Batman shuts her down by showing the evidence, forcing her to agree to leave Gotham. Waller adds a condition though, which is sending John back to Arkham, and Batman admits he agrees after the coin comes up heads.

Joker reveals he was there the whole time, and is mad about the arrangement, causing him to destroy the roof and kidnap Waller. Batman eventually finds him trying to force her to confess to Riddler’s murder at Ace Chemicals; Tiffany appears and admits to it instead, and John finally descends into murderous insanity as Waller’s agents try to apprehend him. After being defeated, Joker asks Batman if he ever truly thought of him as a friend; the coin said tails, and Bruce responded he never did, causing Joker to believe he was way off the mark.

The ending with Alfred concluded the same way, tails to give up being Batman. The epilogue shows Harley is worried she’s just a pawn for Waller now; Waller is surprised Batman didn’t judge her; Gordon is grateful Batman forgave him; Catwoman got a fresh start after (me role-playing as) Batman pled her case with Waller; Tiffany is questioning her role in the Agency; Avesta is hopeful about her new position at Wayne Enterprises; Alfred is cautiously optimistic; and Joker is mad that Batman’s ignoring him.

It was a lot of fun to revisit this great series this way, even if the manner the story of Tiffany Fox — who usually becomes this Batman’s first sidekick — panned out was really dispiriting. Let us know in the comments if you’ve been inspired to play your favorite choice-based video games this way.