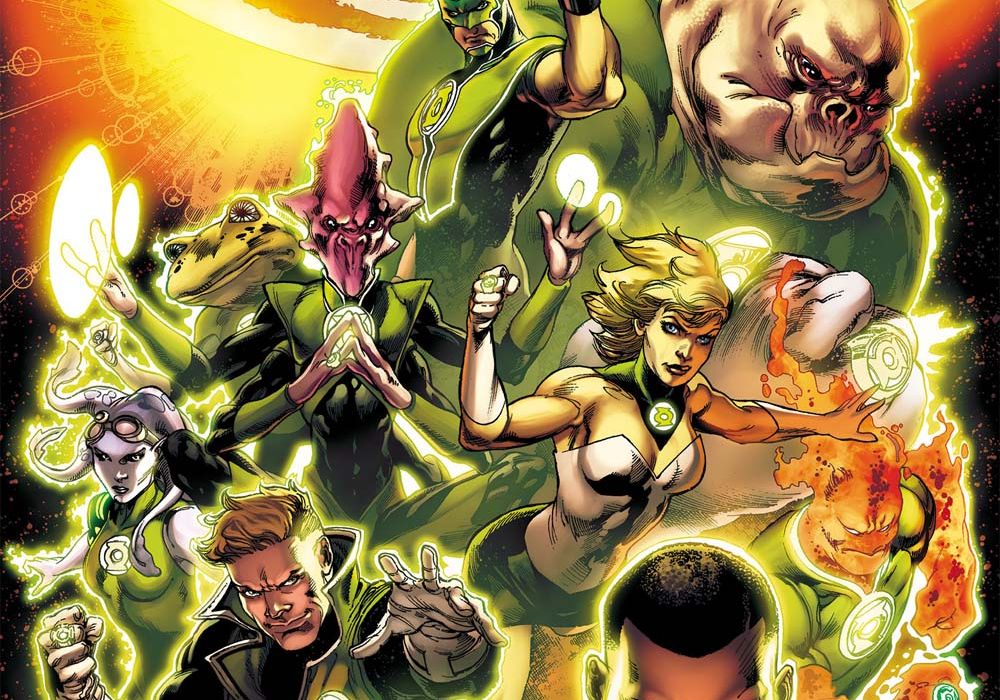 I’ve been pretty down on the concept of HBO Max: now, while it’s not the only cynical attempt to exploit the once convenient idea of a video streaming service, there’s something about its mammoth monthly $14.99 price that seems to imply you can either only have WarnerMedia/AT&T content, or none at all. But I must admit, after last week’s investor day announcements, my cold attitude started to melt when it was revealed producer Greg Berlanti would be overseeing a Green Lantern series for the service. 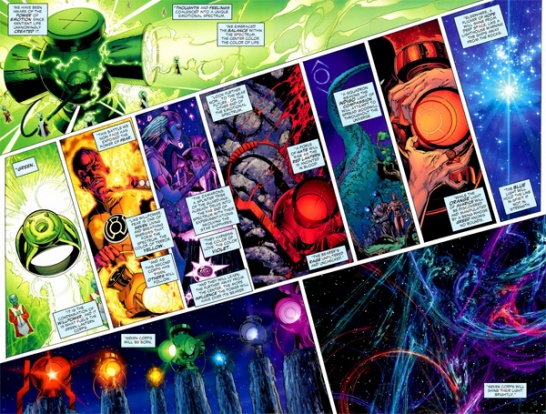 You see, about a decade ago, the Green Lantern books were among the first comics I actually started devouring on a regular basis (as opposed to just checking my favorite superheroes’ Wikipedia entries). It was an exciting time, between the ‘Sinestro Corps War‘ and ‘Blackest Night‘ events, when Geoff Johns, Peter Tomasi, and their art colleagues were dramatically expanding the mythology with an entire Emotional Spectrum of heroes and villains. I even went back and read Dennis O’Neil and Neal Adams’s seminal “Green Lantern/Green Arrow” run, as well as Hal Jordan’s pre-“Rebirth” exploits in ‘Zero Hour,’ ‘The Final Night‘ and ‘Day of Judgment,’ and the three stories Alan Moore wrote in the ’80s.

Hal, Guy Gardner, John Stewart, and Kyle Rayner were the center of the DC Universe for me, which made it all the more crushing when the movie starring Ryan Reynolds landed with a thud in 2011: a dull, dispiriting mess, the film wasted a perfectly good cast by cramming in Hal Jordan’s origin story, Krona and Parallax, and the fall of Sinestro. I can only imagine how the sequels would’ve similarly stuffed in the other human Green Lanterns (and Blake Lively’s Star Sapphire), as they rushed towards completing the trilogy with ‘Sinestro Corps War’ and ‘Blackest Night’: it’s just as well audiences around the world passed on watching Reynolds’s milquetoast Hal.

Unfortunately, being adapted into a subpar movie has consequences, regardless of how good the source material is. No kid wants toys from a movie they haven’t seen, which Green Lantern: The Animated Series star Josh Keaton claims is why the surprisingly heartfelt show was canceled after one season. Warner Bros. apparently needed to place the property in quarantine so badly that Zack Snyder did not include Hal or John in Justice League (which would’ve been unthinkable to me as a teenager), further pushing back a potential solo reboot. (The best thing about Snyder’s movies is that they made WB finally greenlight the Wonder Woman movie.)

The notion of rebooting Green Lantern on the small screen instead was unthinkable, because until recently, the idea of live-action DC television was limited to CW shows that emphasize quantity over quality, with lengthy season orders and less money to spend on each episode – no one wants a Green Lantern show like Arrow or The Flash, especially after a $200 million movie that squandered most of its runtime on Earth. That has now changed in the wake of Syfy’s (short-lived) Krypton and the DC Universe streaming service shows, which demonstrated we could have DC on the small screen with fewer episodes, but more sophisticated storytelling, cinematography and visual effects. 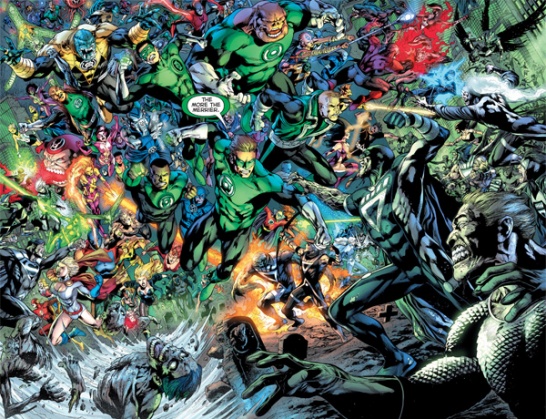 'The more the merrier,' to quote Hal in 'Blackest Night' issue #8.

Let’s say Warner Bros. did get a Green Lantern movie reboot off the ground for a 2022 release date, and it was a critical and commercial smash hit: you’d still have to wait 3-4 years for the sequel, and again for 2-3 more hours of that world. On HBO Max, we’ll be able to hang out with the Green Lantern Corps for (what I’m assuming will be) 10 hours every 12-18 months. I imagine Berlanti, who co-wrote the 2011 mess, recognizes this is a far better way to introduce all the different characters and Lantern factions as it inevitably builds towards adapting ‘Blackest Night.’ I consider that a bargain – no, a steal to know AT&T could spend Game of Thrones levels of money to attract subscribers with Green Lantern over the next decade.

When I mentioned earlier that Hal, John, Guy and Kyle were the center of my DC Universe, I didn’t mean just the Four (human) Musketeers of the Corps: I also dearly loved the porcine drill sergeant Kilowog, the reptilian Isamot Kol (who’d dive into oceans from space), the living planet Mogo, the scholastic Salaak, the proud, tragic warriors Boodikka and Laira, and Soranik Natu, the caring doctor who struggled with the legacy of her evil father Sinestro. A whole new generation is going to fall in love with these characters, as well as villains like the Red Lantern cat Dex-Starr and the greedy Orange Lantern Larfleeze, and I simply cannot wait.