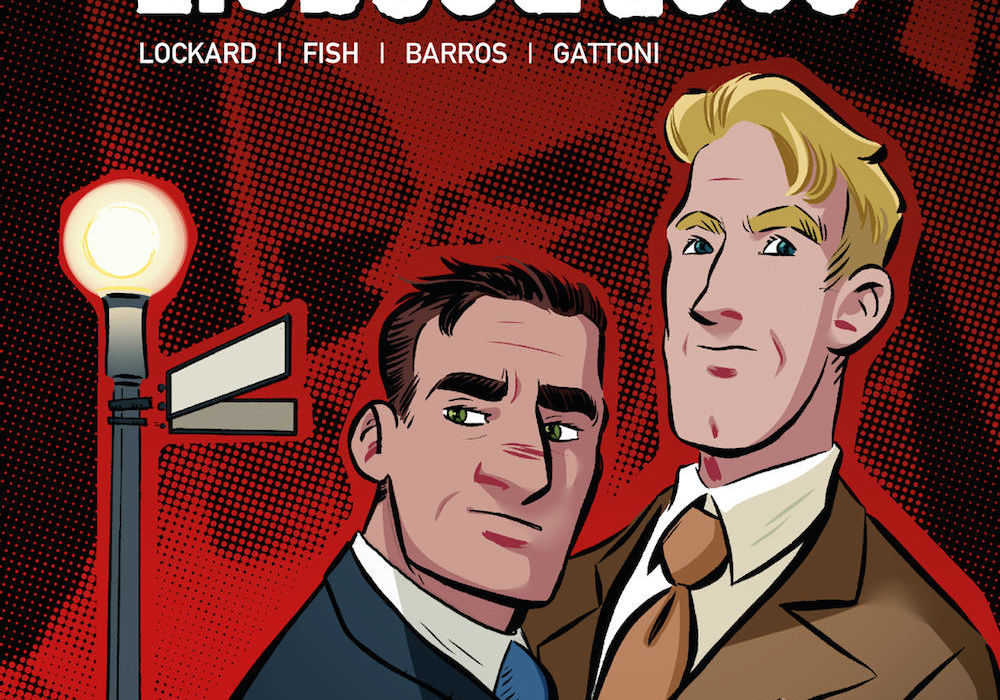 Last month, comiXology Originals released “Liebestrasse,” a new original graphic novel by writer Greg Lockard and artist Tim Fish. The book takes place in Germany, and Lockard has twice been to Berlin; the experiences there acted as partial inspiration for “Liebestrasse.” Lockard wrote an essay about the experiences, which we are happy to exclusively share with you, our deal readers. 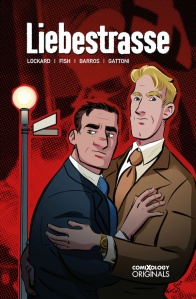 During the final years of the Weimar Republic, Sam meets Philip in Berlin and they fall in love. Their romance is hit with an unspeakable reality as the Nazis come to power and fascism makes them a target.

“Traveling Through Germany” by Greg Lockard

I have travelled to Berlin twice in my life and I was very lucky to have these experiences to pull from as we started research on our graphic novel, “Liebestrasse.” The story starts in 1932 Berlin, a time period in the city that is rich in details both terrible and wonderful. It was a very intimidating time-period to write about but to have a living version of Berlin in my head to draw from helped ground the story in my own senses.

The people I met, the museums and memorials, the grey skies, the spring air, the intense energy (some of it dark, some of it electric). The first trip, with my lovely cousin Lauren, was a fairly typical post-university back-packing adventure: museums and memorials and sweating through hostel stays in August. I remember us drinking beers on the street outside a gay bar. I remember crying in the memorials. I remember being afraid to touch the Berlin Wall while other tourists weren’t hesitating. The second trip was less academic. A wild whiplash of great meals, nights of too-many-beers, a little museum-hopping, and one excursion from night-into-morning through the gay bars and clubs in the Kreuzberg neighborhood.

These are some of the important locations I reflected on as I researched the project and completed the script writing.

The Bauhaus-Archiv/Museum für Gestaltung is currently undergoing a massive renovation currently but it is housed in a very striking building in the Kreuzberg neighborhood of Berlin. My visit to this museum in June of 2015 was immensely helpful to my research. The role of Philip’s sister, Hilde, in the graphic novel was difficult to determine. Her work as a painter connected her (and Philip) into the art world while allowing for their background to be complicated by their parent’s role in traditional German society. The Bauhaus movement contained a multitude of female artists that have not been remembered as prominently and placing Hilde within the movement (as a fictional figure) gave us another interesting perspective on the world of Berlin in the 1930s.

The Memorial to the Murdered Jews of Europe (also known as the Holocaust Memorial) is near the easten end of the Tiegarten near to the famous Brandenburg Gate. It is a massive memorial that is incredibly moving. It is meant to be walked through, you are eventually surrounded by massive concrete slabs that feel like an abstracted cemetery. But it is open to individual interpretations and I highly recommend the time spent in quiet reflection as you walk through the sculptures.

The Memorial to Homosexuals persecuted under Nazism was inaugurated on May 27, 2008. Located close to the Holocaust Memorial on the edge of the Tiergarten, this sculpture much smaller: a square cube made out of concrete and within is a small video-screen that plays a film of two men kissing. Near the memorial is a small plaque that explains the persecutions by the Nazis and after using the Paragraph 175 law. The law wasn’t completely repealed officially until 1994 which is a solemn reminder of how close we are to being illegal in love.

The Soviet War Memorial (in the northeastern corner of the Tiergarten, Berlin) is another memorial that was very important to the construction of the graphic novel. The Soviet War Memorial is a massive structure in the Tiergarten erected by the Soviet Union to pay tribute to the 80,000 Soviet Armed Forces soldiers who died during the Battle of Berlin in April and May 1945. My first visit was at dusk and it was extremely haunting in which helped paint a picture of the Tiergarten as such a place for cruising in Berlin during the 1930s. This memorial didn’t exist during the earlier part of our story but my visit to the site informed Sam and Philip’s drive through the park, as well as other aspects of the story.

After the Soviet War Memorial in the Tiergarten, we walked around Kreuzberg and went to the Markthalle Neun Market for dinner while listening to the Berliners around us. After dinner, I left to meet up with another group of friends at a bar to begin our nightlife adventure. Möbel-Olfe was a packed bar, also in the Kreuzberg neighborhood where we were to meet. The windows were completely steamed up when I walked in from the rain that evening and I couldn’t find my friends upon entry– doing claustrophobic loops through the summertime crowd. They weren’t there. After a quick drink on my own, we met up outside and redirected ourselves towards other bars whose names I can’t recall. The rest of the evening was lost in a blur of alcohol (and the years that have passed between) but it was fabulous.

I think it is important that I met Germans on my trips to Berlin. I saw the city alive but also had ideas to help my imagination visualize the unfathomable amount of death. The city felt both haunted and vibrantly alive. The gay bars and dance clubs I attended were similar to other cities– but also different– there was a freedom in German nightlife that I hadn’t felt elsewhere. The spirit of Weimar gay Berlin was alive past all the nightmares.

During the trip in 2015, I stayed on Engeldamm street near St. Michael’s Church (Sankt-Michael-Kirche). The bombed out remains of a Catholic Church steps away from the small apartment. It was strange to live near the ruins of a war 60 years prior. Even amongst all my friends in the city, there still was a darkness in neighborhoods I couldn’t ignore. I think living amongst the wounds of the past is something we try to patch over in the U.S. but there are stories that we shouldn’t stop telling ourselves, there are stories we must constantly learn from.

I hope we created a moment of connection between the past and present in “Liebestrasse” and achieved a balance between the extremes of that period in Berlin’s history. I hope our readers can see the terrifying similarities around us during this fraught time in our own world history. I know our readers can be brave.