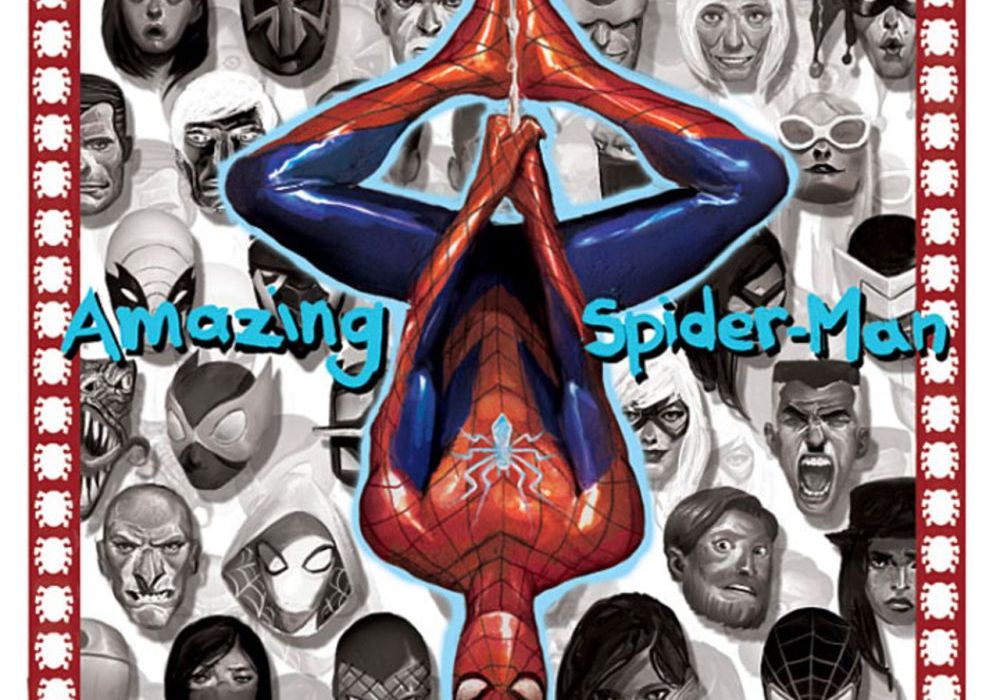 The relationship between hip-hop and comics is unfortunately one-sided. Hip-hop loves comics, adores it even. Cannibal Ox constantly reference Caped Crusaders and Web Slingers in their lyrics, MF DOOM’s entire aesthetic is owed to Marvel, Ghostface Killah’s debut solo album is called Ironman and uses Tony Starks as alias. There are rappers named after characters like Jean Grae, David Banner, and Big Pun and albums named after important comics: Jay Z’s Kingdom Come, The Last Emperor’s Secret Wars, the list goes on and on. East Coast rap takes a particular shine to the medium, which makes sense considering New York City is the birthplace of both hip-hop and Marvel Comics.

For all this love that’s sent its way, comics just don’t seem to care. When they do care it’s not done to return that affection but to exploit it or treat it as a joke. DC and Marvel took a stab at cashing in on rap’s mainstream rise in the ’80s with incredibly forgettable characters like Vibe or the Wolfpack, who were lazy stereotypes derived from movies like Wild Style and Breakin’. Then there’s the Eminem pastiche in “X-Statix” whose mutant ability is that can manipulate his body’s fat deposits. He’s named Phat. At best, whenever some kind of rapper does show up in a superhero comic, they’re usually represented as a stereotypical street gangster that yells “Wazzup!” and wears cartoonishly baggy pants. You know the jokes; you’ve no doubt seen them before.

I suppose this can be chalked up to the superhero writers lacking an sense of understanding or awareness of the medium — I can’t exactly picture middle-aged white guys like Mark Waid or Geoff Johns listening to Public Enemy regularly  —  but you’d think they’d attempt to avoid weak parody that even “MAD Magazine” would roll its eyes at. For the most part, rap is a big dumb joke to comics, and it’s disappointing.

Comics Rule Everything Around Me 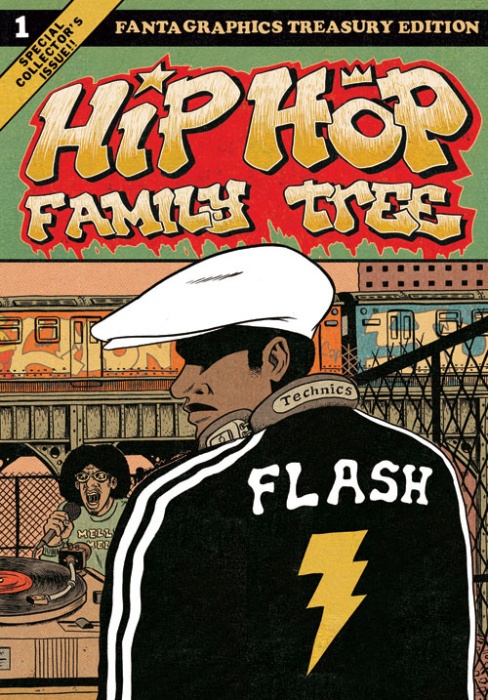 On a cosmetic level, the two mediums share a lot of similarities, more so than any other music genre. Stage names operate a lot like their caped personas: O’Shea Jackson is to Ice Cube what Bruce Banner is to the Hulk. There’s the visible group aesthetics: RUN-D.M.C and N.W.A. rock matching uniforms like the Fantastic Four. There’s the division of solo books and team books: the Wu-Tang Clan work as a group or as individuals just like the Avengers or the X-Men. Both art forms are defined by their relationships to urban spaces: Spider-Man swings through the skyline of NYC while GZA hustles on the street. There are clearly defined heroes and villains, team-ups and rivalries, legacy and mythology.

During an interview with Rolling Stone regarding the announcement that Marvel would be doing a series of tribute covers inspired by Run the Jewels, one-half of the group, El-P, commented “Comic books are a part of the creative world of a kid in an urban environment. You might not admit it on record, but you talk to almost every rapper — we all grew up with that shit. I guarantee you like 80 percent of any rappers that you meet probably went through a large comic book phase.”

They both also fall victim to the common criticism that they’re low-culture or just plain garbage. Throw a stone on the internet and you’ll hit someone spouting off the direly boring criticism that comics aren’t real art/literature and that rap lacks musical merit or talent. They’re cultural underdogs, but as Ed Piskor points out in “Hip Hop Family Tree,” “Watchmen” and Ulysses are both on Time Magazine’s Greatest Novels list, and they also put Rakim and Eric B’s Paid in Full on the same list as Abbey Road.

As much as comics distances itself from hip-hop, there are crossovers between the two (although I struggle to rattle them off with the same level of ease when talking about references in rap lyrics). Rapper KRS-One and artist Kyle Baker put out a one-shot called “Break the Chains” through Marvel in the mid-’90s (complete with a cassette of KRS songs to listen to while you read it); a companion comic was released alongside Ghostface Killah’s album Twelve Reasons to Die; and MF Grimm wrote his autobiography to be a graphic novel. There was even a mini-series about the Wu-Tang Clan at one point called “Nine Rings of Wu-Tang.”

When the Amazing Spider-Man film reboot was announced, there was an online campaign to get Donald Glover, aka Childish Gambino, to portray Peter Parker. Glover, a huge nerd, didn’t score the role but would go on to voice Miles Morales in the Ultimate Spider-Man cartoon, and is set to appear in the upcoming Spider-Man: Homecoming.

Comic artists Denys Cowan, Chris Bachalo, and Bill Sienkiewicz have all created album art for various members of the Wu-Tang Clan. The secret origin of RUN-D.M.C’s Darryl McDaniels is that he sold his comic collection so he could buy turntables and mixers. McDaniel’s even writes comics now under the moniker Darryl Makes Comics.

And it’s not like there haven’t been shout-outs to rappers in comics either : artist Ramon Villalobos regularly draws characters rocking Yeezy sneakers, for instance; Marvel published a one-shot in 2009 where the Punisher teamed up with Eminem (which is the edgy suburban teen wet dream it sounds like); I kid you not, there’s an actual “Amazing Spider-Man” cover that features the Kingpin presenting a contract to Cash Money Record’s Birdman. Cartoonist Ed Piskor is currently documenting the history of the entire genre in his Eisner Award winning series “Hip Hop Family Tree,” combining meticulous and detailed research with artistic tributes to artists like Jack Kirby, Gil Kane, and even Rob Liefeld. 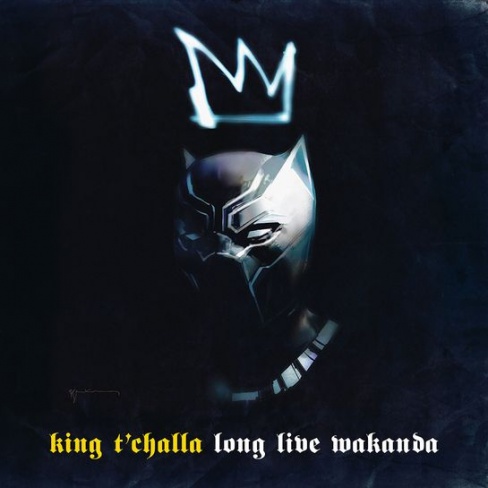 In 2015, Marvel announced a series of variant covers inspired by iconic hip-hop album jackets. It was gimmicky as hell, sure, but it was a big moment for this conversation between the two mediums. Marvel was finally returning rap’s affection. Which would have been great, if not for the fact that, at the time, Marvel had no black writers or artists working on their books and of the artists announced to be working on the initial run of covers, only one was black. When asked about the use of iconic imagery from a black art form despite having no black creators working on books, Marvel executive editor Tom Brevoort replied with the overwhelmingly smug, “What does one have to do with the other, really?”

It’s that tone-deaf response that showed Marvel still didn’t get it. In his must-read response to Breevort, critic David Brothers noted that, “You can’t celebrate and profit off something without also including the group that you’re profiting off the back of.” For all the hype that Marvel was finally giving props to a medium that loves them so much, they failed to grasp that using the iconic imagery of a definitively black art form as a variant cover gimmick, despite employing no black creators, is cultural appropriation.

Marvel is still producing hip-hop variants and has since increased the amount of African-American artists working on them. 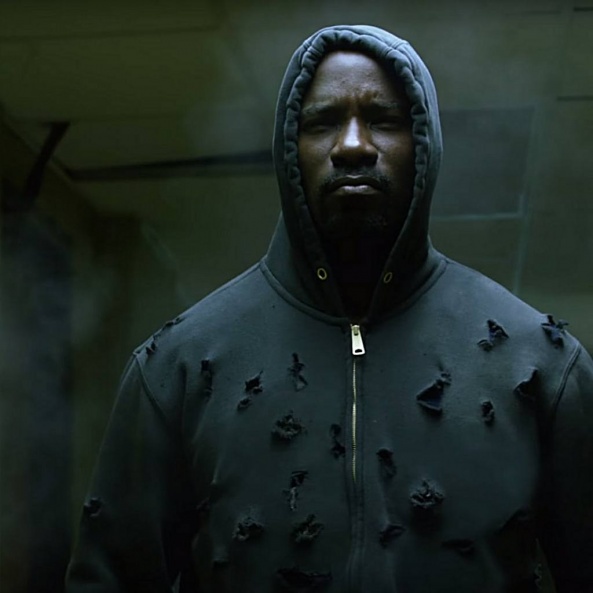 Netflix’s Luke Cage is an unashamedly black show – both on screen and behind the scenes – and the connection between hip-hop and comics is strong here. It kind of has to be: both comics and rap are naturally tied to the heart of New York City. Show creator Cheo Hodari Coker is a former hip-hop journalist and his passion for the medium, and the influence it’s had on him, definitely shows.

The series’s episode titles are taken from Gang Starr track names, a portrait of Biggie Smalls sits on the wall of Cottonmouth’s office, and there are cameos by industry veterans D-Nice and Fab Five Freddy. Never in a million years would I ever think I’d see a Marvel superhero busting goons while blasting “Bring the Ruckus” through their headphones. The show is also soundtracked by A Tribe Called Quest’s Ali Shaheed Muhammad and Adrian Younge, with the latter currently producing Ghostface Killah’s trilogy of Punisher-esque, vigilante-revenge albums Twelve Reasons to Die.

But the standout, by far, occurs in the penultimate episode of the series when Luke Cage saves rapper Method Man from a hold-up. It’s important to clarify this isn’t someone playing Method Man or Meth portraying a fictional rapper, he’s playing himself. Meth’s appreciation runs deep, he used to perform under the stage name Johnny Blaze, the secret identity of the original Ghost Rider. After foiling the robbery, Cage and Meth immediately fanboy over one another (“‘P.L.O Style’ was my joint back in the day!”). It’s this moment that comics finally show rap the respect it’s been so dearly waiting for. Two icons trading their hoodies as a mutual sign of reverence. There’s no tone-deaf gimmicks or no lame parody, just pure admiration.

This article first appeared in a slightly different form at Chris’s blog.

Chris is a freelance pop-culture writer hailing from the sunny shores of Australia. He firmly believes art peaked with Prince's Batdance. He tweets at @garflyf