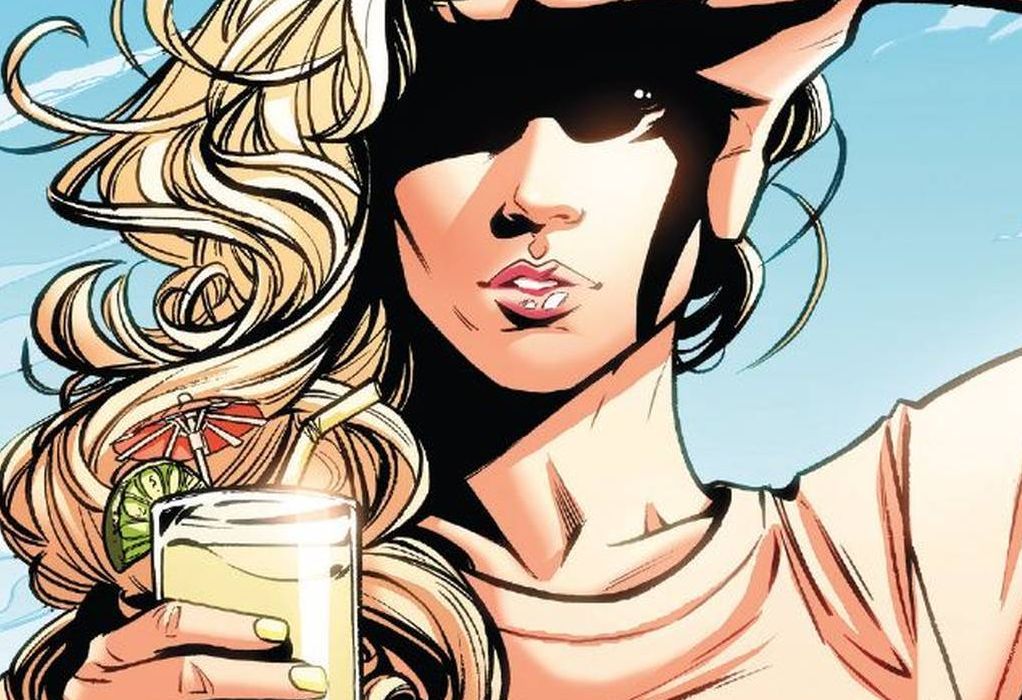 Comics has a problem with harassment and abuse.

Well, comics actually has many problems, but one among many is in how a certain sect of comic book fans believe they can treat those that are different from them. This is has been going on from years, but we’ve reached the boiling point of stories like these happening on a near daily basis and it is, in no uncertain terms, killing this industry.

This week Chelsea Cain, opened up about the harassment she was receiving as the writer of Marvel’s “Mockingbird” series. The most unfortunate aspect of this is that the reaction to this is that it’s nothing new. It’s nothing we haven’t seen before. It is something that every woman in this world faces while existing online. I’ve experienced it, you’ve likely experienced or you know someone who has. Cain left Twitter after speaking out about this abuse because she was dragged into what can only be described as an idealogical war. I don’t blame her, I’ve been on the verge of leaving Twitter myself more than a few times.

But I cannot abide that this existence is something women must put up with to work in comics.

After first mentioning that she was experiencing more harassment from strangers online after 8 issues of “Mockingbird” than after multiple best selling books, there were many quick to rush in to deflect the conversation as they always do. It’s not comics, they said. It’s the internet. It’s the world. It’s human nature. Please don’t blame comics for the few outliers who thinks this way. One of the proponents of this argument was Brian Michael Bendis, one of Marvel’s most prolific writers.

It want to just leave this interaction here for you to witness.

This is a woman opening up about the abuse she is experiencing because sects of this industry feel it is in their right to bully and harass anyone who disagrees with them ideologically out of the industry followed by one of the most prominent men in the industry telling her not to blame comics. You know what, though, he is right in a sense. It isn’t comics. Or more, it isn’t just comics. It’s the entire world. Anyone who doesn’t fall into the camp that has been socially conditioned to think of themselves as the societal norm (meaning white, straight, cisgender males) has faced harassment at some point in their lives. Some face it daily.

But you know what? This is our backyard. We are the industry. From publishers to editors to writers to pencillers to colourists to inkers to letterers to marketers to journalists to readers and everything in between, this industry exists because of us. We shape it in our own image. If something has to change, it has to come from us. No one is going to make this go away for us. And something has to change. The people in this industry have to be protected from this kind of hate. Change has to come from on high.

This is a Marvel comic that has been at the centre of controversy and you want to know the perspectives of some of those working at Marvel? We already know what Brian Michael Bendis thinks, he wants to live in a bubble where he thinks of himself as the perfect ally for writing black kids as superheroes while doing nothing to actually help the real people in need within the industry. Axel Alonso, Editor-In-Chief, issued a statement on Twitter that he condemns online harassment. Cool, way to make a stand.

How come, then, not even a month ago you claimed you were the “furthest thing from a social justice warrior”? Why would you specifically distance yourself from the language that these harassers uses to attack the people who work for you? Is it because you don’t want their attentions turned on you? You want to claim you’re an ally because the fictional characters in the stories you publish aren’t white, but the most you can offer a woman who worked for the company you’re Editor-In-Chief of is empty platitudes on Twitter.

Then we get to the real derailment of the conversation. You know the one. Someone brings up the fact that there is a documented history of cis white straight males in the comic book industry who go out of their way to abuse the creators of books they don’t like and the people who could actually speak out against it… bring up sales. Here’s what Nick Spencer had to say:

So, you see: it’s fine to harass and abuse comics creators online… as long as you buy Nick Spencer’s comics! Let me shine a light on a hard truth here. The guys doing this? They don’t buy comics. They’re guys who download scans on 4chan. They’re the guys who host their own websites dedicated to pirating comics. Those “blogger types” (or Tumblr users, as Tom Breevort loves to point out) love your product more than you “Wednesday Warriors”. Those blogger types are the ones who dedicate themselves to their comiXology pull list, who share their comics and trades with their friends. They’re the ones exploring the universes you write for in fan fic.

Those blogger types are the ones you’re supposed to be protecting.

To bring everything down to sales also highlights a logical fallacy in Spencer and Breevort’s attempt at derailment: “Mockingbird” and “Nighthawk” were both cancelled before they hit double digit issues. They’re both comics that were inherently political in a way that Spencer’s Wednesday Warriors hates. In “Mockingbird”, Cain wrote Bobbi Morse as an inherently feminist superhero. In “Nighthawk”, a black man in Chicago beats up racists with a steel pipe. They’re both comics using superheroes to explore progressive politics.

But as we all know, superheroes are “conservative by nature”, right?

Instead of weathering the pushback and putting their weight behind these creators and actually promoting books like these, Marvel decided to go the easy route and continue to promote a white man making a living in writing black kids while putting actual creators of colour out of a job.

This industry has been poisoned and it’s not by the SJWs and it’s not by the feminists. It’s by the persistent and systematic abuse of progressive and diverse comics who are trying to evolve this industry past it’s limitations. To look at this situation and tell readers that the way to fix it is to double down on a broken industrial economy in the direct market system and just do it better than those on the other side is to not understand the underlying problems with comics.

This industry has to change, it has to evolve. The way comics are distributed to readers needs to evolve past the stagnant stopgap of system set up decades ago. The creators are treated by publishers needs to evolve to allow them greater freedom through better contracting and better pay while setting up ways to protect them from abuse both online and in person at conventions. We need to be the ones policing ourselves and it needs to start with people like Axel Alonso, Tom Breevort, Dan Didio, Jim Lee and the heads of every major publishing house in comics. To make a quick buck out of diversity and representation while leaving creators and fans out to dry is at best negligent and at worst complicit in the harassment they face.

Comics have seen a larger resurgence in audience growth and diversification in the last decade than I think it ever has. The eyes of the world are on us and what they see are creators and fans being bullied out of the industry at an alarming rate. We need to shape and it needs to come from within and it needs to come from the most influential and most well known of us.

Otherwise, I don’t want to know what the state of comics will be in another five years at this rate.