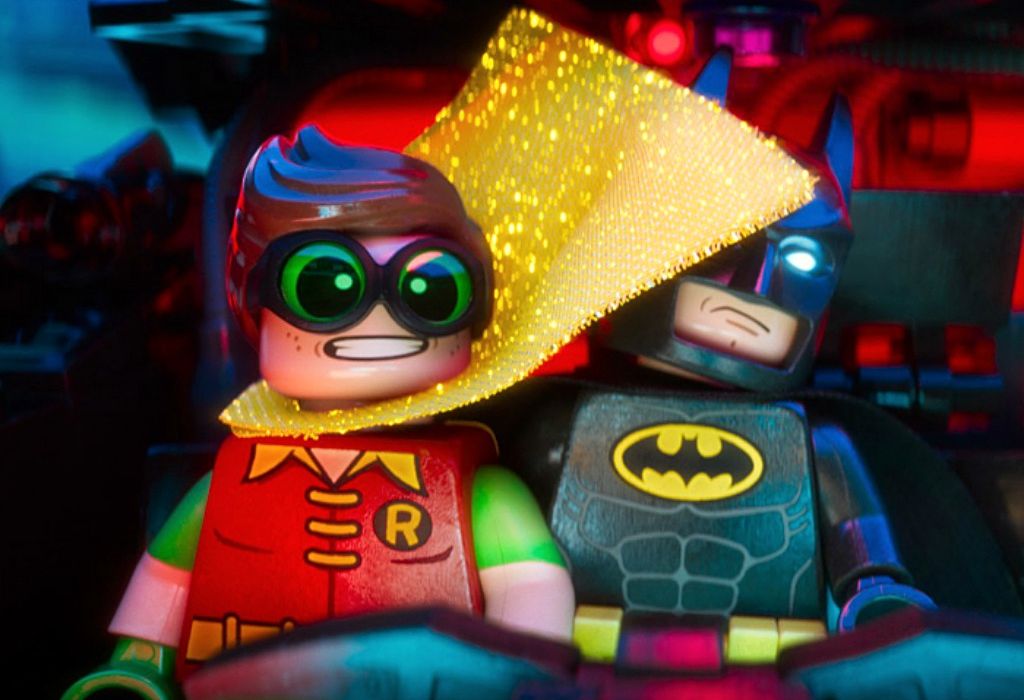 To say that The LEGO Batman Movie is the best Batman movie is something of a common, almost ironic statement these days. It emphasises the disparity between the neon colours and humour of LEGO Batman and, well, nearly every other portrayal of Batman on film. And yet, it’s also one that I can very much connect to, at least in sentiment.

I was, sadly, not as enthralled with The LEGO Batman Movie as most people seem to be. Not that it’s a bad movie, I enjoyed the time I spent with it. However, I do wish it had focused more on being a Batman movie than a LEGO movie. It’s segue in the third act to include villains from various other Warner Bros. franchises felt like a misstep after setting up a veritable “Who’s that?” of Batman’s rogues in the very first setpiece of the film. Batman’s rogues basically exist as background elements to yet another story about the Batman and the Joker’s ongoing conflict. I mean, you finally get Billy Dee Williams to play Two-Face and he has, what, three lines in the movie?

I’m getting off track here, though, because this is supposed to be what makes The LEGO Batman Movie so great, not what I wish had made it better. And what makes it so great is the central message of the movie and what it means for Batman. The film opens with a very solitary Batman, who relishes the attention he gets simply for being the badass in black who stalks criminals in the neon soaked nighttime, but who retires to a (literal and figurative, as the movie points out) island to eat lobster thermidor alone. It’s played for laughs, sure, but it’s hard not to see this as a commentary on how Warner Bros. has handled the characters in its live action properties.

The emotional core of the film is about Batman finally opening up and allowing himself to be part of a family again, of pushing past the fear of losing those closest to him once again. That begins with Dick Grayson and goes on to encompass Alfred, who Bruce gains a new appreciation for, and Barbara Gordon who becomes a partner in crime fighting that Bruce respects as a person as opposed to… lusting after her? That was a weird beat, to be honest. My point is that the film’s message is about allowing those around you to help you be a better person and that’s an extremely important message when it comes to Batman.

If you look at Batman’s post-“Infinite Crisis”, pre-“New 52” timeline something of a biography takes shape. If you take a look at Bruce’s earliest days, something of a trilogy forms around the books “Year One”, “The Long Halloween” and “Dark Victory”. Of course, there are other titles that exist in the timeline around those three, but these three in particular show a massive development in the character. “Year One” obviously shows the moment that Bruce decides to don the costume of the Bat and strike fear into the hearts of criminals, but he does so alone and fueled by rage. He seeks vengeance for a crime, but cannot bring to justice the one man who committed it and so wages a war on all crime.

“The Long Halloween,” as a follow up to “Year One” showcases both Bruce and Batman learning to let people in and the inevitable betrayal he feared will come of that. As Bruce, he gets closer to Selina Kyle, but that falls apart. As Batman, he works closely with James Gordon and Harvey Dent until Dent is attacked and his purity of vision becomes split. Batman loses an ally and a friend and is left questioning whether the Harvey he knew was as righteous as he thought was. This is all brought to a head in “Dark Victory” where a closed off and much more brutal and violent Batman realises that the only way to make a difference as Batman is to incite change instead of just taking out his anger on the world.

The catalyst for that is Robin and the connection built between the two orphans. Immediately, Bruce sees the same path he took laid out before Dick Grayson after he watches his parents die in front of him and knows that he cannot let someone else be consumed by the same rage. In adopting Dick, he saves the boy from a lifetime of being lost in a system that will not give him the help he needs or understand what he’s going through. In becoming Robin, Dick saves Bruce from falling too far and becoming just like Dent. It’s a connection that is so important to the mythos of Batman and creates the blueprint for the larger Batfamily; Bruce can only find meaning in his life by fighting for a better world and giving those without a direction a better purpose in life.

What does this have to do with The LEGO Batman Movie? Because it allows Batman to do the one thing Warner Bros. are most afraid of: change. If they want to keep banking on the character, he has to evolve and it’s the one thing they refuse to let him to. Ever since Batman showed that a darker and grittier Batman movie could make WB some cash, they’ve tried to recapture that same 1989 magic by pushing the envelope further and further. Because the only time they dared let Batman evolve in a live action movie was Batman Forever, which was actually a really good Batman movie that everyone hated on upon release. This lead to Zack Snyder’s take on Batman, which jumps way past any kind of emotional development the character could have had and portrays him as old, world weary and with his entire life in shambles.

To Zack Snyder, being Batman is something that destroyed Bruce Wayne’s life. It took everything from him, including his home. It is a torment that must be endured. A cross to bear, if you will, because Snyder so loves for superheroes to be Jesus metaphors. In Batman V. Superman: Dawn Of Justice, Bruce Wayne has come full circle to the rage filled loner that we saw in “Year One,” which is why he’s the least interesting Batman we’ve seen on film. He has one mode: rage. By the end of the film all he has done is perpetuate a cycle of violence and cause more destruction because he refused to learn or grow.

That’s what makes The LEGO Batman Movie so great. It has the courage to let Batman grow. To take a concept as goofy as Robin and show how important the character really is to the mythos of Batman. For without Robin, there really is no Batman. At least, not one I care about. And I can only hope that the mess that Ben Affleck has found himself in and the box office juggernaut and critical darling that The LEGO Batman Movie has been will teach Warner Bros. a lesson about what direction to take the character.

Because remember: Batman and Robin will never die.