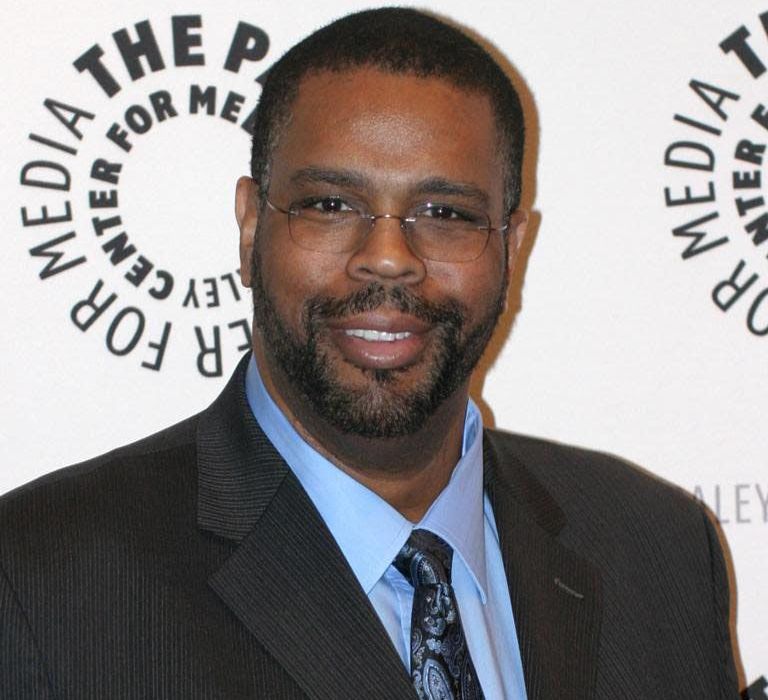 The article title comes from a Dwayne McDuffie quote, and with any luck, you’ve already read or heard something this week about him. The writer/producer/editor whose work spanned almost every channel of geek expression, from comics to TV to animated films, would have been 55 years old this week had he not passed away six years ago today of complications from emergency heart surgery. Dwayne made everything he did better for his involvement, and it’s in that spirit that we wanted to throw a little extra spotlight on not only some of the projects he worked on, but the man himself.

(This is NOT an exhaustive list by any stretch of the imagination. But it’s our hope that in checking out the comics, animation, and interviews below, you’ll find some work of McDuffie’s that might have flown under your radar before now.)

It’s one thing to say that McDuffie was a brilliant guy or a funny guy or a guy who really knew his stuff. But it’s another to see it for yourself. If there’s any doubt about his geek cred, then these blog posts should lay them to rest.

This next one requires a little explanation:

When it comes to hearing the man himself, there isn’t very much of him available on YouTube, but here are a few of my favorite bits that show just some of what he brought to his work:

For a whole swath of comics readers, the first thing Dwayne is known for is his contributions to Milestone Comics, the mid-’90s DC imprint that focused on superheroes from a setting (Dakota) specifically designed to represent the world outside our windows more truthfully than Metropolis or Gotham ever had. While often dismissed as “black comics,” Milestone was smartly inclusive and multiracial, and one of the few highlights of that decade in corporate comics. McDuffie was not only a co-founder of the imprint, but also its Editor-in-Chief and primary writers.

While DC has been threatening to bring the Milestone/Dakota universe back to life in Rebirth, nothing has yet materialized. So the best way to check out the Milestone aesthetic and McDuffie’s work in particular is with the “Icon: A Hero’s Welcome”. Collecting the first 8 issues of the “Icon” series, this story handles the introduction of Dakota’s Superman surrogate by combining his story with that of Raquel, a young black teen who acts as much as his conscience as his ‘pal’ (to borrow Jimmy Olsen’s title). The strength of McDuffie’s work here is in its combination of “Super” genre tropes with strong and honest characterizations putting those tropes through their paces.

Plus? Mark Bright killed it on the art for this series. 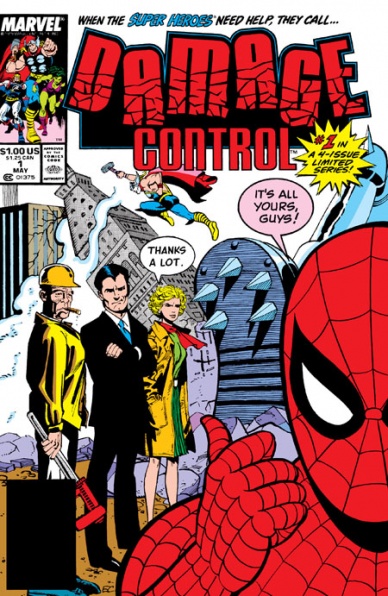 You’ve seen the ads for NBC’s Powerless, right? A workplace sitcom set in the DC universe, combining humor with all the bloodless destruction these places seem to endure on a daily basis. Sounds like something perfectly fit for the Marvel Universe. Oh, ABC is developing something along those lines? Called Damage Control? And it’s based on a comic from twenty years ago? I wonder what forward-thinking writer came up with that? Dwayne Mc—oh…

Although the Damage Control series hasn’t come out yet, and will have to take a backseat in the public eye to Powerless (unless that show tanks and makes the super-sitcom radioactive for a while), Marvel has put out a complete collection of the three McDuffie/Colón minis, as well as having the individual issues available on Comixology or Marvel Unlimited.

Dwayne didn’t just win awards for his comics work (an Inkpot in 2009), but his animation work garnered him Daytime Emmy, Writers’ Guild, and Humanitas award nominations for series like Static Shock, Justice League, and Ben 10: Alien Force. It would be easy to say ‘just pick an episode with his name on it’ (and a great idea BTW) but I want to call out these two in particular.

Crisis On Two Earths was originally going to be the bridge movie between Justice League and Justice League Unlimited. When those plans were scrapped, it ended up as a standalone DC Animated release (although squint and you can still see the Timmverse connective tissue). McDuffie mixes in a lot of the Morrison/Quitely “JLA: Earth 2” with the Gardner Fox-era “Justice League of America” #31-32 and general multiverse shenanigans.

Doom follows up Crisis on Two Earths and was the last script McDuffie worked on. It took the Waid/Porter “JLA: Tower of Babel”, where Ra’s al Ghul (or Vandal Savage in this iteration) steals Batman’s notes on taking down the Justice League, and made it work as a standalone feature. But as enjoyable as it was, there’s a better reason to get the Blu-Ray than that main feature: “Dwayne McDuffie: A League of One”.

This half-hour documentary goes into real depth about McDuffie and what he brought to the table. Not just in his work, but in his life as well. It’s heartwarming to see his family, friends, and peers from all walks of life talk about Dwayne and his humor, kindness, and intelligence. (Just as an aside, it absolutely *kills* me that for every puff piece and promo video WB throws out to YouTube to promote their videos, they can’t do the tiniest bit of public service and put this out there for people to easily come across.)

But as heartwarming as all the testimonials are, it’s just as heartbreaking to remember that all this talk is about McDuffie in the past tense. That this giant of a man has left a giant-sized hole to fill.

THE DWAYNE MCDUFFIE AWARD: “FROM INVISIBLE TO INEVITABLE”

First awarded in 2015, the Dwayne McDuffie Award for Diversity in Comics is a way to both honor McDuffie’s legacy and to encourage in others the qualities that made his work so effective. McDuffie’s “From Invisible to Inevitable” quote has been adopted as the main idea behind this initiative to give recognition to creators continuing the work and idea that he put into this work. Speaking to the LA Times just prior to the first year’s award, Dwayne’s widow (and fellow writer) Charlotte McDuffie said:

“I am so proud that my husband’s personal mission to include a more diverse array of voices — both in content and creators — is able to continue now through this award in his name, by encouraging others who share his vision of comics, characters, and the industry itself better mirroring society.

This year’s award was given out just this past weekend at the Long Beach Comic Con, going to Upgrade Soul cartoonist Exra Clayten Daniels. Previous winners include “MFK” cartoonist Nilah Magruder in 2015 and writer G. Willow Wilson in 2016 for her work with Adrian Alphona on “Ms. Marvel”. The award is handled by a panel of 12 judges, including Charlotte McDuffie, Len Wein, Joseph P. Illidge, Mark Bright, Gail Simone, Cassandra Pelham, Matt Wayne, and others.

Hopefully this brief list gives you a little more insight into who Dwayne McDuffie was, and why people are still talking about him. Do yourself a favor and find out more about the man here, and in enjoying the large body of work he left behind.