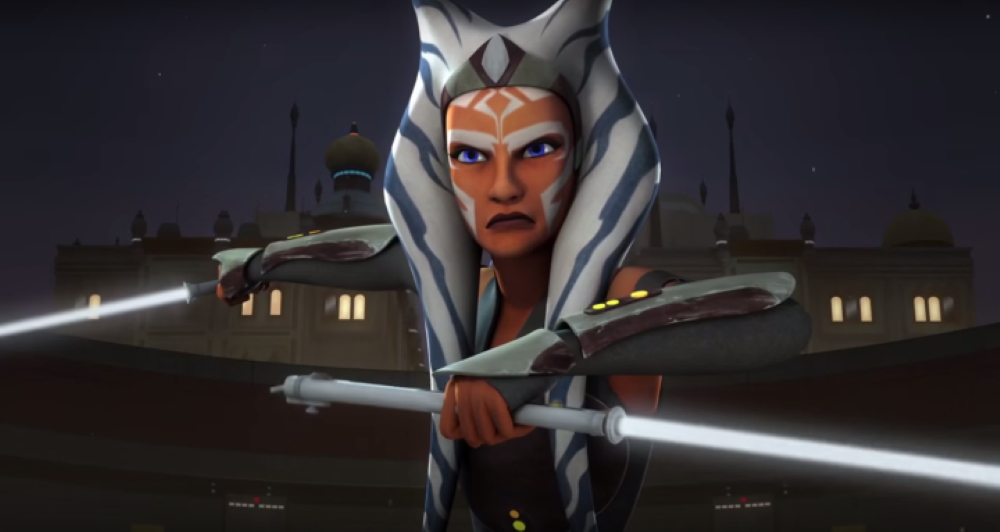 Ahsoka Tano was first introduced in 2008’s Star Wars: The Clone Wars. And from this appearance alone, I hated her. She was meant to be the Padawan of Anakin Skywalker, a huge part of his life who he had never mentioned in any of the movies. Young Ahsoka had a real plucky attitude. She didn’t like to be told what to do, and she chafed under authority. In other words, she possessed all of Anakin’s worst traits. That isn’t where her character ended up though and eventually, Ahsoka would grow to become the most important character in the whole Star Wars saga. 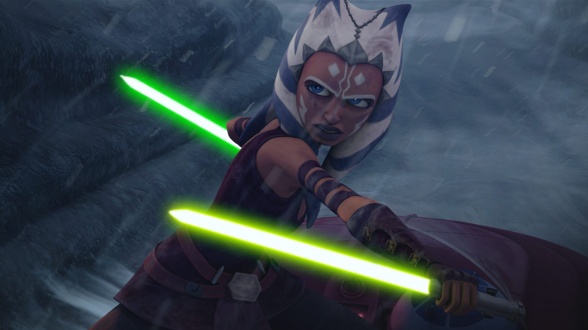 There are a lot of crucial ideas in Star Wars, but there is one that sets it above other fantasy action movie franchises: it’s about redemption. A lot of superhero movies end with the villain dying, often through a negligent homicide. Some end with the villain getting imprisoned. At the end of Return of the Jedi, Luke must redeem his father. He will settle for nothing less. In the final fight he completely surrenders, willing to die for his father’s redemption.

The thing is… why are we so certain that Anakin Skywalker can be redeemed? From Luke’s perspective, it doesn’t make a lot of sense. I mean I get it, we do funny things for feelings. But Vader presided over multiple galactic genocides. He doesn’t seem like a likely candidate to be filled with secret goodness. That’s not how it usually works. But Star Wars is over here saying, “This is exactly how it should work!”

And fine, I’m not going to hold it against Luke that he’d rather not believe that his dad sucked. A lot of people do dumb things in the interest of proving their dads don’t suck. But why should we the audience buy Vader’s last minute redemption? I’m serious, where in the movies does Anakin even seem like a remotely decent guy? It turns out, this have everything to do with Ahsoka. 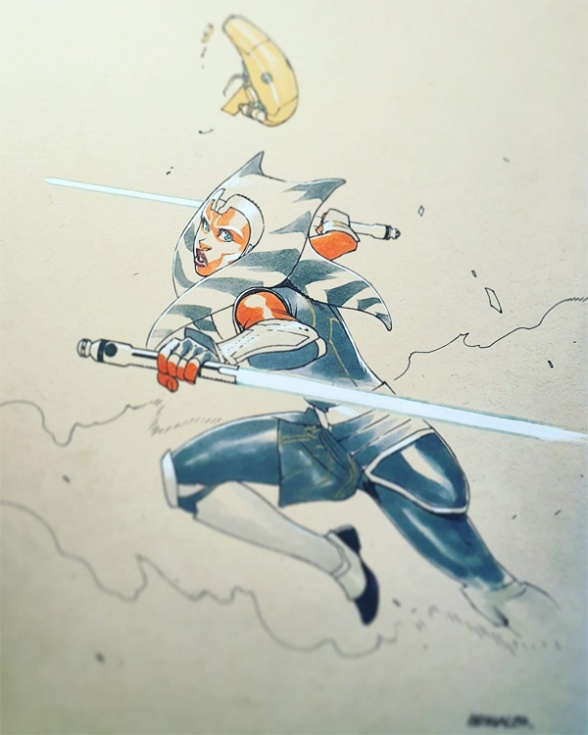 Before we get to our favorite Togruta, let’s take a second to consider her master. Darth Vader is a bad guy. There are a few moments that he doesn’t do the Worst Possible Thing, but even those are pretty questionable. He spares Luke in Empire Strikes Back, but that’s explicitly to form a new father/son dynasty. In the prequels, he’s a little budding fascist from the getgo. Traumatized by his experience? Indubitably. But what makes Anakin any more special than a dozen other background Jedi?

He podraces to save his family from slavery I guess. (Self interest). He um, builds C-3PO. (Inexplicable). He saves a lot of people. (Literally his job). Anakin in the movies sucks. He’s at best, a mid-tier Jedi. But in the cartoons he trains Ahsoka and that changes everything. We’re going to be spoiling all of the Star Wars cartoons from here on. 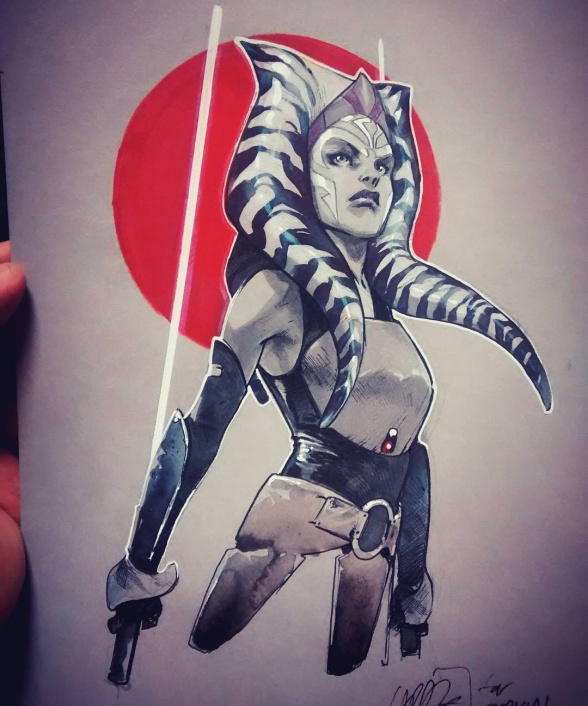 Now for a bit of a biography of Ahsoka Tano. She was discovered at a very young age by Master Plo Koon and taken to the Temple to become a Jedi. Once the Clone Wars break out, the Jedi decide to fasttrack the training of the next generation so, despite the fact that he’s still palling around with Master Kenobi, Anakin is told to train Ahsoka. The two of them don’t get along, until they do. You know how these stories work!

In her later teen years, Ahsoka was assigned to aid rebels on the planet Onderon. It was here where she fell in love, had her heart broken, but most importantly, learned how to organize a guerrilla insurrection. Anakin showed her the trust to run the mission solo, and it was a significant time in Ahsoka’s life. Then things changed even more dramatically- she was framed for a bombing at the Jedi Temple, and rushed to clear her name. She ultimately decided not to be a Jedi, that her destiny waited elsewhere.

That decision saved her life. When Order 66 is given, Ahsoka survives. She went into hiding as the Empire rose around the galaxy. And in her many travels, she noticed something. Rebellions were forming on many planets, just like the one she helped organize on Onderon. In what would ultimately become the most impactful choice of her very eventful life, Ahsoka became the fulcrum to these various insurrections, helping unite them into a Rebel Alliance.

Ahsoka is very influenced by her former Master. Anakin respected her and he taught her many important lessons. Compassion. Boldness. Righteousness. How to be brave. How to stick up for people who needed help. How to listen. All the parts of himself that he had to murder to become Vader. But Ahsoka remembered those lessons and repeated them to her many Rebel friends. She often spoke of the impact Anakin had on her.

I don’t think it’s unfair to say that Ahsoka wouldn’t have had the tools to create the Rebel Alliance without Anakin’s influence. Not to say she’s not brave and resourceful- I think she’s the greatest character in the galaxy. But Ahsoka would be the first person to tell you that she learned those lessons from Anakin. And the show took great pains to show you that side of him too.

This means that, in essence, Anakin Skywalker created the spark that burned down Darth Vader’s Empire. Ahsoka knew she could be strong because she was raised that way by a loving mentor. All the ways in which Vader failed as a father and as a decent person, Anakin succeeded with Ahsoka. That’s how we know Luke’s feeling was right. Anakin would have hated Vader. So he helped raise a person who felt the same way. The Rebellion was built on the foundation of Anakin Skywalker being a good dad. The Empire was built on the foundation of Darth Vader being a bad dad. And the end of those movies shows which of those things is ultimately more powerful. 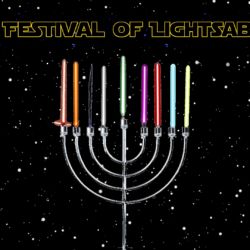 Last Chance for Our Eight Festival of Lightsabers Giveaways!

If you’ve been living under a rock this week, you may have missed our ‘Festival of Lightsabers,’ an 8-night celebration of Star Wars, which coincided with the 8 nights of Hanukkah. This has been such a fun event, in equal parts because of the great Star Wars articles we’ve been churning out, as well as […] 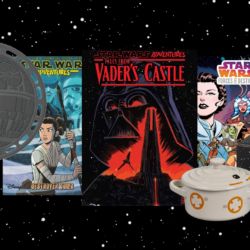 Welcome to night seven of the Festival of Lightsabers! For our final night, we’re going all out! On the eighth night of our event, we’ve got a bundle of IDW Star Wars comics and two pieces of the limited edition Le Creuset Star Wars line of cookware!Our pals at IDW have provided us with a […] 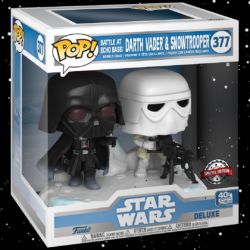 Welcome to night seven of the Festival of Lightsabers! For our seventh of eight nights of amazing giveaways, we’ve got an Amazon-exclusive Deluxe Funko Pop!Headquartered in downtown Everett, WA, Funko is one of the leading creators and innovators of licensed pop culture products to a diverse range of consumers. Funko designs, sources and distributes highly […]