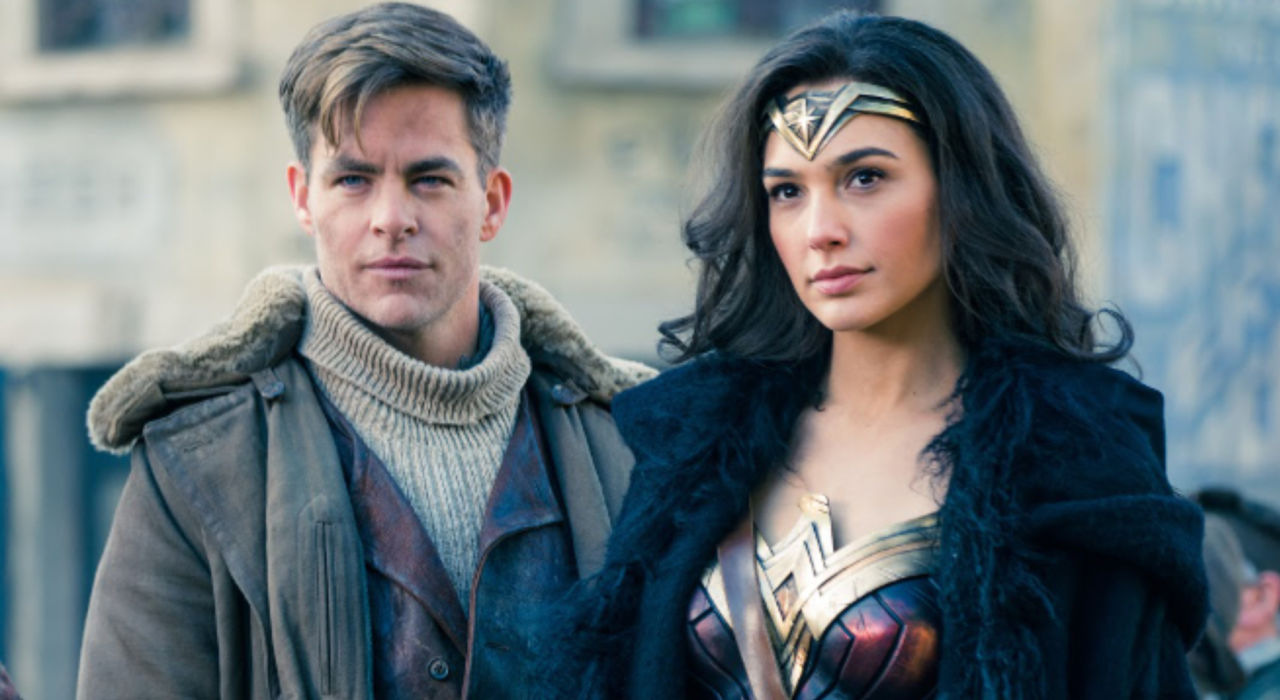 What do you do with love interests when you shift iconic characters from their original time to the modern day? In comics, because the situation has literally decades to play out, the answer has been to create new ones.

In movies, the solution isn’t so simple or even successful. Marvel and DC have both flubbed iconic romances that the comics either changed, eliminated or eventually abandoned. Namely, the relationships between Steve Rogers/Peggy Carter and Wonder Woman/Steve Trevor. The first movies featuring the two iconic comic characters, were set in the past, which kicked off all the problems. 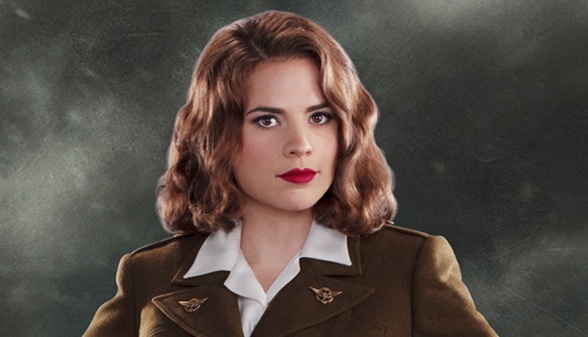 Admittedly, Marvel had little choice about placing Captain America’s origin in World War II in Captain America: First Avenger. An essential element of Steve’s character is that he’s a man out of time. (Besides, making First Avenger a prequel prevented its storyline from interfering with the modern-day Marvel Cinematic Universe then being developed.)  Plus, Cap’s a man that literally punches Hitler in his first appearance.

Yet those Golden Age Captain America stories never featured Peggy Carter, now well-known to movie and television audiences as the awesome Agent Carter, played by Hayley Atwell. Peggy’s first comic appearance was in 1966, after Stan Lee and Jack Kirby revived Steve Rogers. And even then, she was tossed in as part of Sharon Carter/Agent 13’s origin. Sharon eventually became Cap’s main love interest. 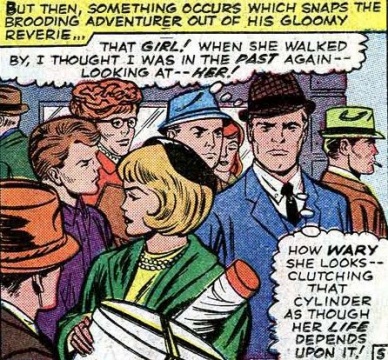 Yes, that’s right. Lee/Kirby created Peggy as part of Sharon Carter’s backstory because it apparently seemed a good idea to have Steve fall in love with the sister/niece/grandniece of his lost love. (Why? Angst for Steve? Backstory to explain why Sharon was a S.H.I.E.L.D. agent in a time when women weren’t seen as warriors or spies by most men?) Whatever the reason, it was Sharon Carter who served as Steve Rogers’s primary love interest through many years of Silver, Bronze, and Modern Age comics. Others came and went. Sharon stuck around.

Steve and Peggy had terrific chemistry in First Avenger, and Atwell was so terrific as Peggy that she received her own series. (I still want season 3 of Agent Carter, Marvel!) In the MCU, Steve is still very much in love with Peggy, even older Peggy.

Let’s face it, that’s the canon ship for the MCU.

Over at DC Comics, Steve Trevor remains Diana’s primary love interests and has played that role since her original appearance. Oh, he’s been written out a few times, killed a few times, aged up and married to Etta, etc., but eventually the romantic wheel tend to spin back to WonderTrev. 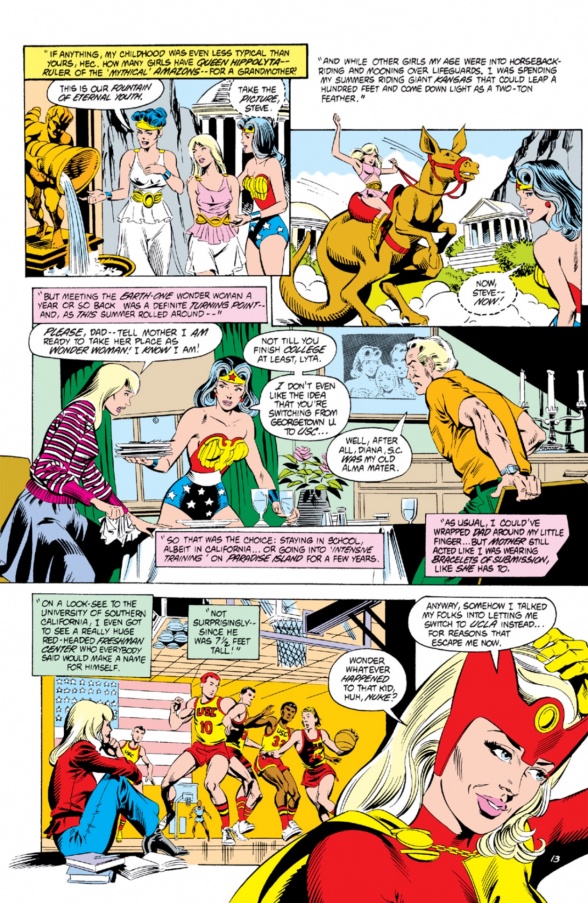 Wonder Woman the movie stayed with Diana’s iconic origin of her being drawn into man’s world by Steve’s arrival on Themiscyra. In a change from the comics, it set the time of that first encounter during World War I, rather than the second World War. Perhaps they wished to avoid comparisons to the MCU Steve in WWII or, as said in an interview, the awful, seemingly pointless slaughter of WWI, helped make the point about the futility of the war. The setting works, however, especially in the iconic scene of Diana entering No Man’s Land.

But Steve Trevor is killed off in this first DCEU appearance. This was a mistake.

Diana had already suffered the loss of her aunt and mentor, Antiope, as an introduction to the horrors of war earlier in the movie. (Many would argue Steve wasn’t needed at all in Diana’s origin but that would be an entirely different article.) The narrative also uncomfortably echoed Steve Rogers’s sacrifice in First Avenger. (Did you have to ask yourselves which Steve/Chris am I watching sacrifice himself now?)

And, from a studio perspective, killing Steve meant no more Chris Pine, a box office draw, in sequels. (To say nothing of Pine and Gal Gadot’s chemistry being lost.) Predictably, despite the death, Steve Trevor returns in Wonder Woman 1984. His return is a hot mess, just like the MCU attempt to shift Steve Rogers’s affections from Peggy to Sharon in Captain America: Civil War. 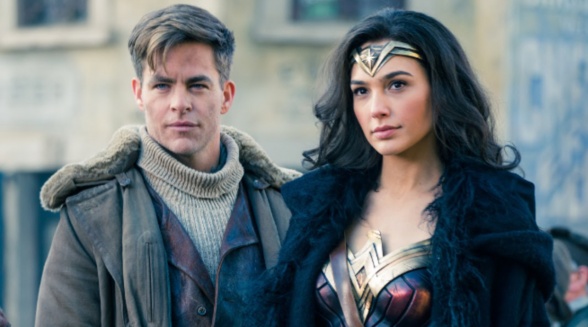 Diana coping with the death of her beloved human husband from old age in Wonder Woman 1984 would have been great story fodder for the loneliness the story wants to convey. Diana lost her first family when she left her home. Now, she’s also lost her found family. More, she knows, at a deep level, that everyone she loves will die. She’ll eventually always be alone.

That mindset would have worked well with her distance from the world in Wonder Woman 1984. But, since we’re stuck with Steve’s death, emphasizing the final loss of her compatriots from 1917 could’ve had the same effect on Diana’s psyche. In the story on screen, her loneliness is only cracked by her interactions with Barbara Minerva. This initially works well. The movie uses clear romantic tropes for the beginning of the Barbara/Diana relationship: the meet cute, Diana saving Barbara, similar interests, and even jealousy.

But, ultimately, this goes nowhere the minute Steve comes back.

Inevitably, Diana loses Steve to save the world. Again. It’s a repeated and unnecessary story beat. To add insult to this repetition, Steve takes over the body of some random dude and the implications of the body swap are never addressed fully. I love the chemistry of the two actors on-screen but the story is a mess. Better to either not have killed Steve in the first place or not to have brought him back and then killed him in Wonder Woman 1984.

Over at Marvel, valiant attempts were made to insert Sharon into Peggy’s place in Steve’s heart in Captain America: Civil War. But aside from Steve’s two BFFs approving of the First Avenger getting some action, Steve and Sharon flops because the audience remembers Peggy and also remembers that Sharon is Peggy’s niece/grandniece.

Aside: I love Sharon Carter in the comics. I’m glad she’ll be in the upcoming Marvel television series. But Steve/Sharon in the MCU is a non-starter. Arguably, Bucky or Sam would be the only characters who might replace Peggy in Steve’s heart.

Perhaps Marvel realized Steve/Sharon would never set sail. Perhaps they changed their plans because of the fan backlash. In any case, in Avengers: Endgame, we learn that Steve still cannot get over Peggy. He can’t “move on.”

Heck, after Avengers: Infinity War practically screamed that there would be a MCU time/story reset (hello, disappearing half the characters never sticks in comics), my theory was that, in the end, Steve would go back in time to be with Peggy. I had it all worked out, that Steve never intervened in the past but stayed quiet as Peggy’s husband. Because Thanos must be defeated, the story had to play out exactly as it happened. Steve was in the past because he always was. I shared this theory with friends before Endgame in case I was right. (Uh, yeah, I was gobsmacked in the theater when that actually happened on-screen.)

But sending Cap back in time to Peggy isn’t the perfect solution it seemed at first either.

Would Steve sit still for Bucky being brainwashed all those years, not to mention the murder of Tony Stark’s parents, and Hydra infiltrating S.H.I.E.L.D.? Perhaps, the theory goes, Steve’s choice created an alternate timeline. Maybe there were two Steves in this timeline. Maybe Angie/Peggy/Steve/Bucky lived in happy polyamory after future Steve rescued himself and then Bucky before he became the Winter Soldier.

Statements from the creative team didn’t help sort any of this out. Was older Cap in the current MCU reality or not? If he was, as his sitting on the bench indicates, that meant he let all the bad stuff happen so Thanos could be defeated. So much for not trading lives.

In the end, despite taking different paths, the MCU and the DCEU flubbed the relationships.

Diana is left in pieces yet again and her budding romance/relationship with Barbara Minerva went dark fast. I can only hope the next Wonder Woman movie puts all this baggage behind it and moves forward.

At least Steve and Peggy got their dance.