Right now, the first season of The Bad Batch is wrapping up on Disney+. At the same time, Marvel Comics is about halfway through its ‘War of the Bounty Hunters’ crossover across their Star Wars comics. Both of these are different than I expected them to be, but I’m enjoying them, albeit to different degrees.

The two properties are also not really related in any way, aside from both being Star Wars properties, and they both, at some level, involve clones. However, the other day, while recording Force Ghost Coast to Coast, I had an idea that seems both absurd and maybe possible. I’m not sure that Marvel and Lucasfilm are this closely in sync, but I want to lay this theory out there, just in case it is correct.

Warning, minor plot descriptions for both series follow, but likely nothing that would be considered a true spoiler.

The new character from The Bad Batch that has really established themselves as both a fan favorite and an interesting character is Omega. The first (?) female clone of Jango Fett, Omega is not a standard clone for so many reasons. She’s also a character that we don’t have any real idea of her future. It wouldn’t be shocking, from a storytelling perspective, to imagine her as an old woman during the sequel trilogy, or learning that she was shot out of space in the Rebels era.

To get technical, The Bad Batch takes place in -19 BBY, or 19 years before the battle of Yavin, aka A New Hope. ‘War of the Bounty Hunters’ takes place between 3 and 4 BBY, which is between The Empire Strikes Back and Return of the Jedi. Omega appears about 10 or 12 in the show, so she would be in her early to mid-30s in the era of ‘War of the Bounty Hunters.’ It is unclear if Omega is the same age, or younger, than her ‘twin’ brother Boba Fett, but Boba would’ve been 35 or 36 at this time.

Now, we learned on The Bad Batch that Boba’s ‘code’ name among the clones was Alpha, as in the first, with Omega being…well, Omega, the last. That doesn’t mean first and last clones off the line, but rather the first and last ‘true’ clones of Boba, aging in real time. All of this is simply to give an idea of where Omega may be twenty or so years after we meet her initially.

We’ll get back to Omega in a bit.

Now, Boba is a, if not the, central character in ‘War of the Bounty Hunters.’ The story revolves around Boba transporting Han Solo, frozen in carbonite, from Bespin to Jabba’s palace on Tatooine. Han, after beginning to thaw, is stolen, and the crossover, thus far, has been about the various factions trying to recover Han. One thing it hasn’t been, however, is either a war or, more specifically, any real war between bounty hunters. The name sounds like good marketing, but the only bounty hunters we’ve seen besides Boba are the crew of “Star Wars: Bounty Hunters,” and they’ve not interacted with Boba at all. We’ve seen some crime syndicates, some rebels, some unaffiliated folks, and the odd bounty hunter here and there. But the name is misleading thus far.

This wouldn’t be the first time a comic event was misnamed, or named something in order to make a splash rather than accurately describe the events of the story. But, as mentioned on Force Ghost, a name like ‘The Hunt for Han Solo’ is a much more attention grabbing name. To call this ‘War of the Bounty Hunters’ seems purposeful, but also seems inaccurate.

So here’s where the theory sets in: what if Omega is another bounty hunter that will be going to ‘war’ with Boba in the second half of the event?

Here are the clues so far:

– The first issue of the event, a Boba-focused issue, was “Star Wars: War of the Bounty Hunters Alpha.” We know that alpha is used only in conjunction with omega in these instances, so if the event opened with ‘alpha,’ it will likely end with ‘omega.’

– We also know that Boba’s code name is Alpha, so when a crossover begins with that title, with a Boba focused book, the day after The Bad Batch debuted, it seems extremely coincidental.

– So if the final issue is called “War of the Bounty Hunters Omega,” doesn’t it make sense that, like the first issue, it is focused on a bounty hunter with that code name?

– This may be giving the synergy between the comics and TV divisions too much credit, but hear me out. The Bad Batch wraps up about 7-10 days before the November Marvel solicitations hit. That means that, if Omega is a part of the ‘War of the Bounty Hunters,’ it won’t be revealed until after the first season wraps up, therefore not spoiling Omega’s fate for the series.

– There will be two and a half months of comics after The Bad Batch wraps up before the ‘Omega’ issue in November, which is plenty of time to introduce an adult Omega and show how she fits in before that final issue.

Do I really think this is going to happen? No, I do not. But I think it’s a fun bit of hypothesizing that, if correct, I’ll happily pat myself on the back for. If not? Oh well, I hope you enjoyed the article. 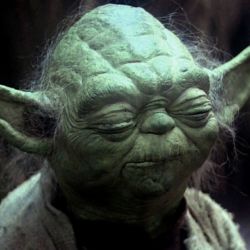 Before we bid 2020 a final farewell, we share some of our favorite writing from the past year.  We wish all of you a happy and healthy New Year, with the hope for brighter days in 2021.  What makes someone strong with the Force? After all, it surrounds us, penetrates us, and binds the galaxy together. […] 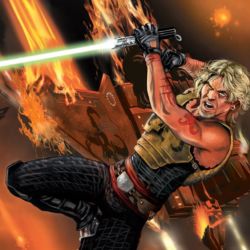 Sometimes the inner workings of comic book companies is too arcane, even for someone who follows this stuff day in and day out. I cannot properly explain why “Star Wars Legacy” was prematurely canceled after 50 issues, only to be brought back for a final 6 issue miniseries. Nor can I explain why that miniseries […] 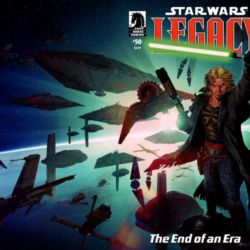 Here we are denizens and sentients of the galaxy. At the end of our journey into “Star Wars Legacy…” except not really! We’ll get into it, but the false finale of this series had all the weight of a real one, only we get the real thing right after! I’m riding pretty high on that […]