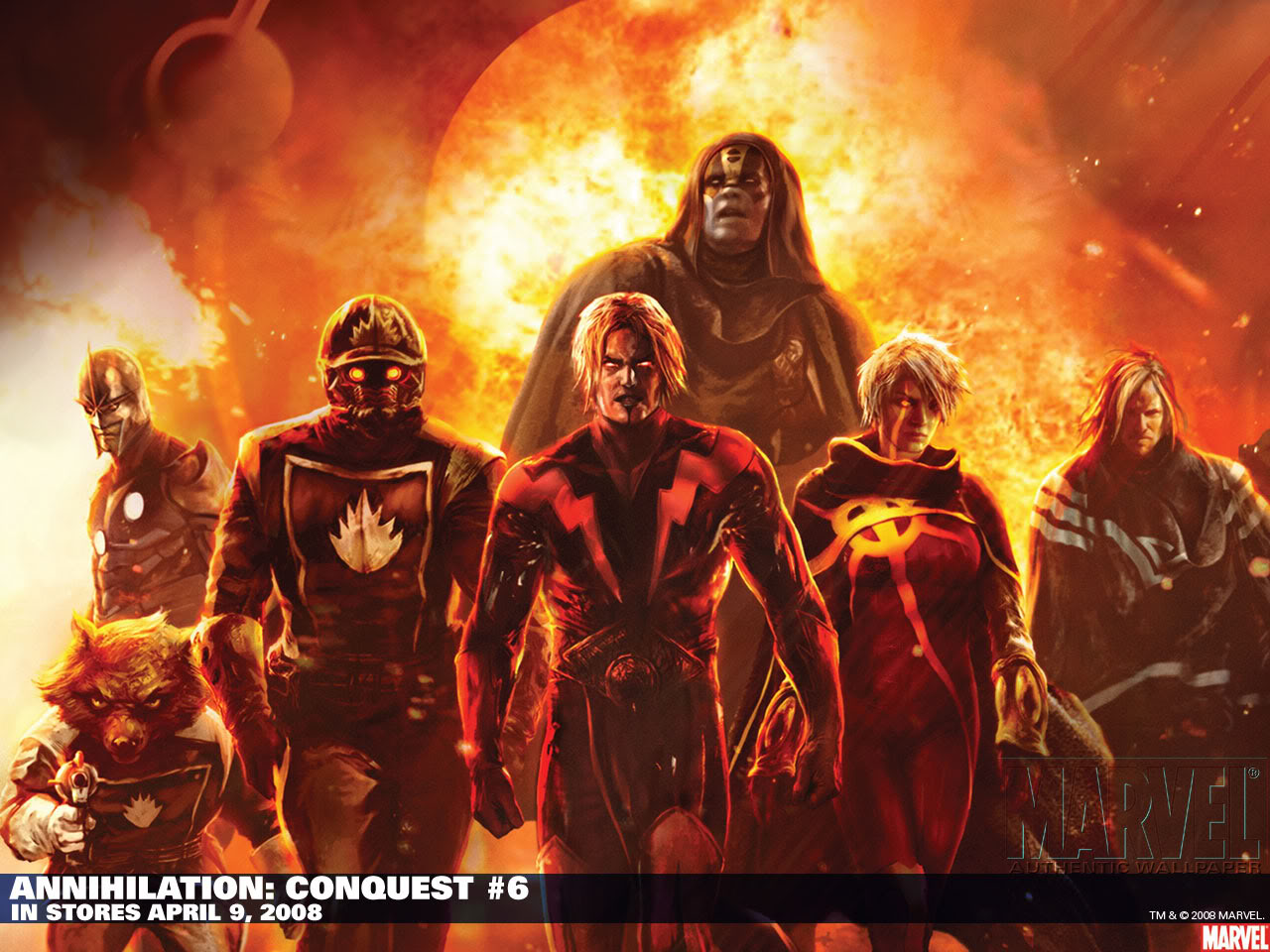 I’ve seen a lot of frustration aimed at Marvel the last few years and the general consensus seems to be that their comics have been falling in quality. I can be counted as one of their lapsed readers, although I seldom see the cause of my defection shared by others.

How I got started with Marvel 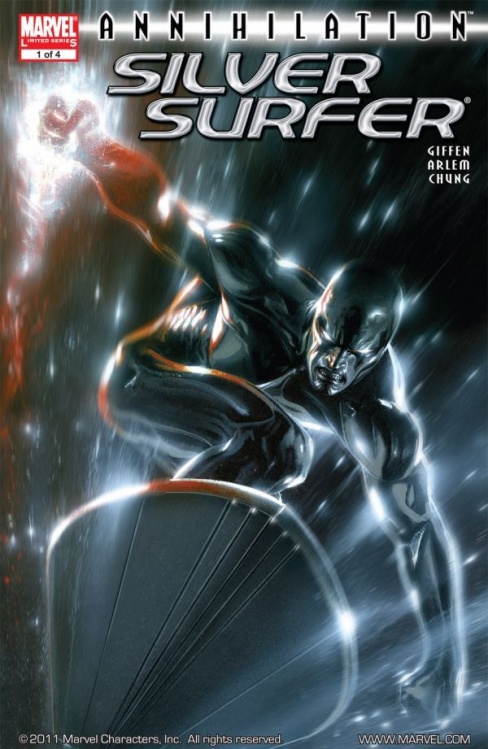 I’ve been a casual fan of Marvel characters pretty much my whole life (32 years and counting), but I only became a regular comic reader in 2005. I was in my local comic shop looking for IDW’s new “Transformers” series when I spied “Annihilation: Silver Surfer” #1. I had enjoyed the one season of his animated series that aired in the late ’90s, and was honestly still a little miffed that it ended on a cliffhanger. I bought it, enjoyed it, and was soon hooked on the whole “Annihilation” event. I tracked down back issues related to the main cast, and after reading those I added new characters to my favorites list and looked for their previous appearances as well. Not all the cosmic stories were gems, but most of them were engaging. I tried other Marvel books as well, like Daniel Way’s “Ghost Rider” and Robert Kirkman’s “Irredeemable Ant-Man,” but Cosmic Marvel was what really kept me coming back. After Keith Giffen finished “Annihilation,” the reins of Cosmic Marvel were handed to Dan Abbnet and Andy Lanning. Their run wasn’t flawless, but it was above average and I was thrilled with it. It was growing but then, all of a sudden, it crashed.

Where it all went wrong 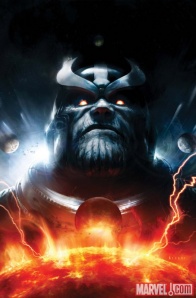 In 2010, Abnett and Lanning’s cosmic expansion collapsed inward to a single miniseries, “The Thanos Imperative.” When it ended, there was a lull, followed by an new miniseries called “Annihilators.” It was still written by Abnett and Lanning, but it didn’t feel like they were trying very hard. Worse, penciler Tan Eng Haut couldn’t have been trying, some of the characters were rendered so far off model it was jarring. This miniseries was followed by “Annihilators: Earthfall,” which had the same problems along with some new ones. You see, one of the heroic Annihilators is Ronan the Accuser. Yet, while he was saving Earth with the Avengers in “Earthfall,” he was attacking Earth in the pages of Johnathan Hickman’s “Fantastic Four.”

That was really tip of the iceberg, as far as Hickman’s run was concerned. I know it received lots of praise at the time and I believe it’s still remembered fondly by most but it ground my gears at every opportunity — the return of the Supreme Intellegence, the return of Blackbolt, the Inhuman’s decision to leave the Kree, the return of Annhilus and the Annihilation Wave . . . it happened a lot. I should clarify though, I didn’t have a problem with any of those things per se, just the lazy way they were done (or undone, as the case may be). I don’t know if these changes were editorially driven or all Hickman’s idea, but the end result struck me as disrespectful toward the previous material.

I don’t consider myself a stickler for continuity. I don’t mind when a character’s strength varies from story to story as long as it stays within a reasonable range. I’m not bothered by retcons that keep things modern or develop a backstory. When done well, those types of stories can be fun and rewarding for readers who remember the original events. I am, however, bothered by unexplained changes in a character’s motivation. The storyline that took the Inhumans to the Kree capital where they set themselves up as rulers of the empire spanned almost a year. They remained on the throne for two storylines (“War of Kings” and “Realm of Kings”) before Hickman had them abandon their subjects and return the Earth in a span of about six pages. The reason? When a Kree authority figure asks for one, Blackbolt says “I. Am. Awake.” and kills him.

Don’t get me wrong. It wasn’t all Hickman and it wasn’t just Hickman. Matt Fraction’s run on “Thor” began with a pretty lame Galactus story that bound the Silver Surfer to Earth again. He also gave Galactus a new herald (Praetor) who everyone seems to have forgotten about. Brian Michael Bendis brought the Guardians of the Galaxy back in an “Avengers Assemble” storyline that ranks in the top five worst comics that I’ve ever read. It wasn’t all bad, either. Robert Rodi and Mike Choi retconned Ego the Living Planet’s origin in the delightful “Astonishing Thor” in 2010.

All of this, of course, could be forgiven. I bought very few of these sub-par stories as they were published, instead staying abreast of the events through cheap back issues, online discussions, and Wikipedia. Like other character followers, it was one of those times when you just have to wait for it to get good again. Lean times had happened before, and this time was no different.

Why this time was different

When Bendis wrote that awful “Avengers Assemble” in 2012, it was riding the coatails of the awesome Avengers film. It featured the film’s cast, Thanos was the villain because of his stinger appearance, and the Guardians of the Galaxy made a cameo because their film was in the works. To reiterate: comic awful, film awesome.

Aside from this one-to-one comparison, Marvel Studios had other perks as well. Despite ticket price increases, it was cheaper for me to take my wife to see Avengers in theaters than to buy eight issues of “Avengers Assemble.” The films provide whole stories with a more coherent and consistent vision than the comics. Since 2012, they’ve released more than one each year, making the wait between films shorter. As the franchises grow, more characters are being brought in. Most of the films have been good, if not great. Eventually, I had to wonder, why not replace the Marvel Universe with the Marvel Cinematic Universe?

My transition wasn’t instantaneous. I sometimes bought random issues of Bendis’s “Guardians of the Galaxy” from quarter bins, just to see how it was going. I stayed with a small handful of series I was following until they ended. The last Marvel comic I bought was the last issue of Mark Waid’s “Daredevil” in 2015. I still browse the Marvel Previews catalog every month, but I’m only looking to see if any old material is being reprinted in trade. Every now and then a new series or storyline will catch my eye, but only in a vaguely nostalgic way, not a compelling way. The characters have become people I used to know, not people I miss. Similar to my high school classmates, I guess.

How Marvel could win me back 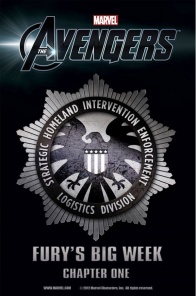 If a moviegoer told me they really dig the Avengers films and asked me to recommend a comic to them, I know exactly what it would be: “Fury’s Big Week.” This four-issue limited series didn’t get much attention when it was released and, near as I can tell, anyone who did notice it forgot about it pretty quickly. It was a movie tie-in that filled in many of the gaps between the Phase One movies, like what happened to Abomination and the Destroyer or revealing more about the cure for palladium poisoning Black Widow gave Tony in Iron Man 2. Anytime I re-watch the Marvel movies, I re-read “Fury’s Big Week.”

The other film tie-ins have all been preludes of declining quality. “Iron Man 3 Prelude” explained why War Machine wasn’t in Avengers, a question many fans had asked. “Guardians of the Galaxy Prelude” showed Gamora and Nebula training as young girls, but ultimately revealed nothing the movie didn’t already cover. “Ant-Man Prelude” was a bland story about Hank Pym using the suit as a younger man, adding neither depth nor motivation to anyone. Many of the more recent so-called preludes were adaptations of previous films. I skimmed “Doctor Strange Prelude” and “Black Panther Prelude,” but neither seemed that interesting. My local comic shop didn’t even order shelf copies of “Avengers Infinity War Prelude,” although I understand there was demand for it on release day.

There’s lots of room for comics to expand on the MCU. I’d be interested to see how other characters reacted to Iron Man’s home being blown up by the Mandarin, for instance. Or Iron Man’s reaction to SHIELD’s disbanding. Or seeing War Machine round up that ice monster that was running around London after the convergence in Thor: The Dark World. I don’t see any reason the movie tie-ins should all remain current with whatever film is currently in theaters, and these also seem like the ideal way for comics to capitalize on fans of the films.

To be honest though, I don’t expect to see these comics any time soon. Or ever, really. There’s too many factors against it, including the lack of success for “Fury’s Big Week.” And really, I’m okay with that. I’ll continue to be content watching MCU films and reading non-Marvel comics. It’s been fine for the last three years or so.