2013 in Review continues, as we break down the best publishers in comics in 2013. More than anything, this current era in comics has underlined the diversity we have today. While they didn’t make the list, digital-first publishers like Monkeybrain and Thrillbent are producing fantastic titles at very affordable prices. Boom! and Archaia made a massive deal AND produced incredible comics. DC, like them or not, had the biggest sales month of anyone this year. Top Shelf, Fantagraphics and First Second continue to produce premium graphic novels that are perpetually outstanding.

There was a lot of competition for this award, but it came down to three. Here are the three publishers that stood out the most to us in 2013. 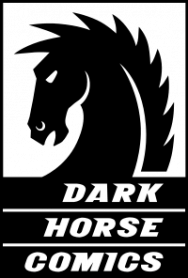 Why They Rank (Mike Romeo): I think it’d be easy to argue that Dark Horse Comics is the most well-rounded publishers in comics today, and 2013 has been an exemplary year for them. The staples of their library (The Goon, Usagi Yojimbo, Star Wars, Conan) have been going strong. Critical praise has never been higher for their Hellboy/BPRD line of books. There was the massively successful Hyrule Historia from last January. And, of course, it’s been another award winning year for Dark Horse Presents. While I am a big fan of all of that, I think what helped cement Dark Horse as one of the publishers of the year is the care they’ve been putting into the preserving and republishing of comics staples. They’ve formed a new partnership with Kitchen Sink Press, and just this month released a beautiful hardcover of the best strips Comix Book had to offer. Over in their manga line, they’ve begun publishing some chunky and ultra-affordable Lone Wolf and Cub omnibuses. And how about those hardcover collections of classic EC comics like Tales from the Crypt and Vault of Horror? What an awesome year for Dark Horse Comics, I can’t wait to see what 2014 has in store!

Why They Rank (David Harper): Being a member of the vaunted “Big Two” club has a lot of negative connotations to it in today’s industry, as many people associate that term with homogenized publishing lines, house art, too many events, and no risks being taken. But in 2013, Marvel, frankly, crushed it. While they had a crap ton of events – “Age of Ultron” and “Infinity” plus whatever you consider “Inhumanity” – they did make a lot of exciting choices that led to great, great comics. To me, you can’t find a single better reading experience than Jason Aaron and Esad Ribic’s Gor the God Butcher-centric first 11 issues of “Thor: God of Thunder”, much of which took place this year. Kieron Gillen and Jamie McKelvie’s “Young Avengers” has effortlessly married Marvel continuity with indie sensibilities, leading to one hell of a good time. “Avengers Arena” found Dennis Hopeless taking a limited concept and making it one of the best young hero stories in some time.

And, you know, there’s “Hawkeye”. Who doesn’t love “Hawkeye”?

They’ve gotten things back to the basics of making good comics, and honestly, as a long time Marvel fan, it’s been a joy to read. This is the healthiest their line has been in for quite some time, and with books like Ellis, Shalvey and Bellaire on “Moon Knight” or Ales Kot and Michael Walsh on “Secret Avengers” are any indication, things are just going to get better for us as Marvel readers in 2014.

I can go for that, and I can’t wait to read them. 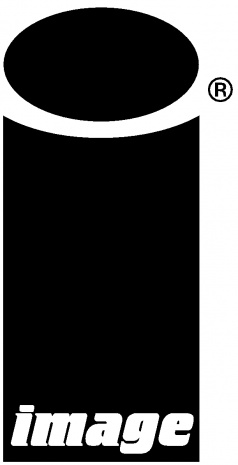 Why They Rank (Matthew Meylikhov): Image Comics has been the recipient of this award for two years now, and 2013 marks the third year it steals the coveted Best Publisher title in a row.

(Although steal doesn’t quite do it justice; Image has taken the award and put it up on a pedestal so high that the other publishers can’t even really reach it even when standing on their tippy-toes.)

Watching comics closely as we have been for the past four years has resulted in one of the most interesting transitions that any form of media has taken. Movies and music plug along their path, video games keep reaching new levels of maturity, but comics is perhaps one of the few art forms that has seen as radical a change in perception as any, and that’s primarily thanks to Image. They did it through an almost Trojan Horse-like inception into the reading public with titles like Saga, Chew, Morning Glories and the smashing success Walking Dead has had, but Image has essentially redefined the gold standard for comics in a way that other small press/indie publishers aspire to with a model that Marvel/DC can never accurately replicate; Image essentially set the bar for the past two years, and that hasn’t changed at all in 2013.

And it’s no big surprise, right? Look at their line of comics, that diversity in content, genre, characters, creators et al and you’ll find some of the best and brightest in comics creating what tomorrow looks like today. Image is pretty much the tale of the phoenix triumphant, rising out of whatever you assumed it was in the past and giving birth to a whole new attitude and wave of comics that have become mainstream.

It has been incredible to watch and read along with, and you can guarantee that whatever Image has in store for 2014 should be just as ground-breaking and inspiring as what they delivered in 2013.