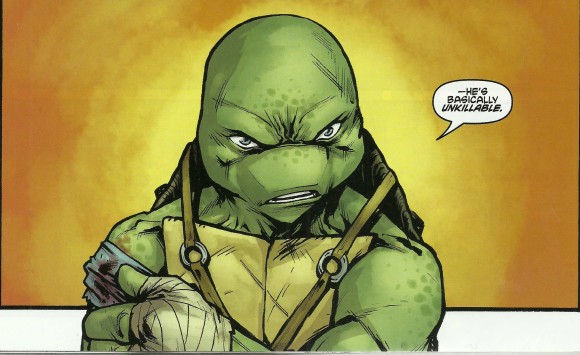 The concept of breaking out in comics could mean many things to many people. After all, someone who makes our list could be A-list in the minds of some of our readers, but in our minds, a breakout could be someone who is just discovered this year or is simply taking their game to the next level.

So the question is, who were the biggest breakout artists of 2013? Multiversity’s staff voted on that, and the answer is below. 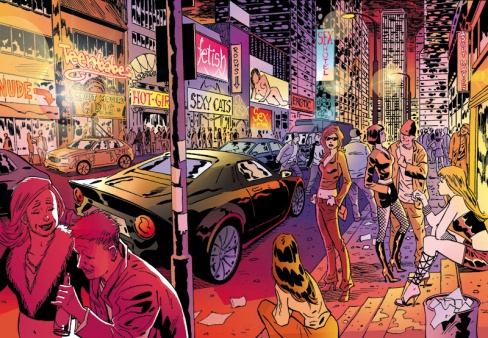 Why he made the list (Vince Ostrowski): Drawing explicit sex acts month after month, you’d be forgiven for not noticing just how good Piotr Kowalski actually is. While superstar writer Joe Casey and Image Comics have smartly and accurately marketed “Sex” around the fact that there’s uglies being bumped in every single issue, Casey and Kowalski have quietly teamed up on a book that draws a lot of questions and subtle emotions out of that extreme content. Kowalski impressed with his ability to convey the muted emotions of a stoic, empty vessel of in lead character Simon Cooke, a man unsure how to find release with the business of costumed crime fighting behind him. “Sex” #8, however, shows just how *ahem* well-rounded Kowalski’s talent is. Splicing an outrageous mega-orgy in Saturnalia with subtle emotional and philosophical tension between the male and female leads of the book, Kowalski drew circles around even veteran artists this year. Next year, Kowalski looks to return to the world of “Sex” and we couldn’t be more excited by that, but his “Marvel Knights Hulk” has us itching to see what his “Big Two” work will look like. I think he’ll *ahem* rise to the occasion. 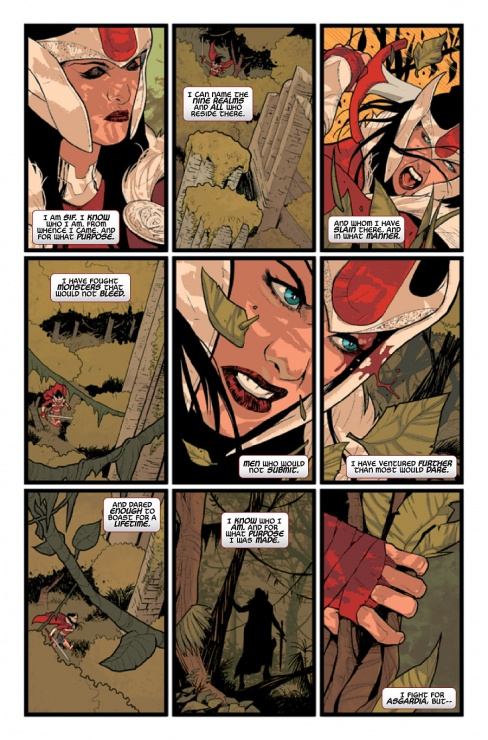 Why he made the list (David Harper): I’m going to be perfectly honest, before his work on Journey into Mystery, I had never even heard of Valerio Schiti. The Italian artist was not someone I had come across, but then the rarest of things happened: as soon as I experienced his work, he became someone I was certain to read no matter the title. Schiti was the straw that stirred the JiM drink after Kieron Gillen left, as he took Kathryn Immonen’s excellent scripts and elevated them into an entirely different stratosphere. His work was magical and effortless, exciting and personal. Schiti deserves to be drawing something huge, and before long, I’d wager you’ll see just that. 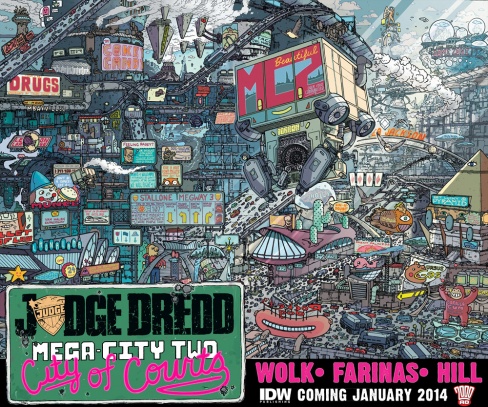 Why he made the list (Greg Matiasevich): I almost didn’t pick Ulises Farinas because the project I think is going to demand people stop and stare at his work is Judge Dredd: Mega-City Two, which isn’t coming out until January 2014 (although the double-page spread from issue #1 has been making the rounds already and leaving anyone who sees it absolutely a-GOG). But thinking about it for a minute, and hitting Google to back up some of my faltering memory, Ulises got his name out there in 2013 on a couple of different projects of varying angles, all tied together by their quality. Keatinge & Campbell’s Glory. Joe Casey’s Catalyst Comix. His own comic Gamma with Eric Freitas. And there’s the Amazing Forest anthology Farinas and Freitas are co-writing, if you want to stretch the definition of ‘artist’ a teensy bit. Any year you put together an output like that with the quality of those books, you get tapped for Breakout Artist consideration.

And then there’s his actual art. Great googily moogily it is awesome. And that is the technical term to use, as his work can literally inspire awe in its seemingly effortless balance of detail and clarity. Farinas doesn’t get bogged down in detail or use it to cover artistic shortcomings; he’s really just that tuned into his vision that he can dial it up to insane intensity again and again and again, but never losing perspective. Pulling that off is Darrow- and Pitarra-level acrobatics, and he’s just getting started. 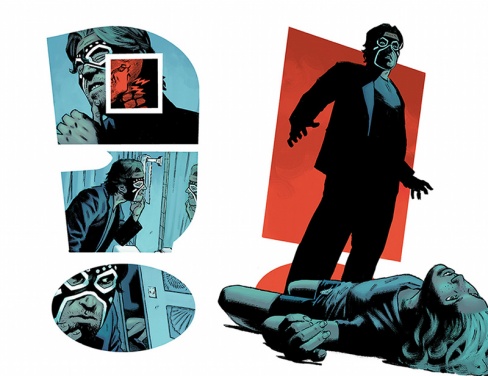 Why he made the list (David Harper): Dream Thief was the little book that too many people missed in 2013, and while Jai Nitz certainly did incredible things by telling a very original and engaging story, Smallwood was the breakout star from it. His art was a revelation, incorporating JH Williams III like page design with modern day Jose Garcia Lopez like linework to make something truly unique and special. The little embellishments that were incorporated into his work – the interrobang page design elements and shifting color palettes – were the flash, but the substance lies in his atypically assured storytelling. Dream Thief was a complex story with a potentially unlikable lead, but much credit goes to Smallwood for making all of that and more work.

The sad thing is since the end of Dream Thief, we haven’t heard anything about what could be next for Smallwood. Whatever is coming, we’ll be reading, that much you can trust. 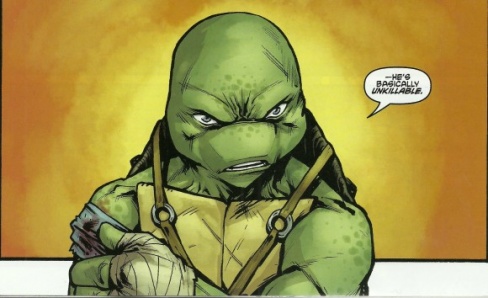 Why he made the list (Mike Romeo): Man, what a Turtle-filled year for Mateus Santolouco. He started 2013 off by tearing it up on the Secret History of the Foot Clan mini. His design of the Ninja Turtles was like nothing I had ever seen from these characters. They were sinewy and gaunt, looking more like mid-century kaiju than cartoon characters. From there, Santolouco sprung into the Turtles ongoing and helped launch City Fall, a reimagining of the classic City at War storyline. These issues are truly something to see. Santolouco is at the top of his game here, doing things with perspective and title pages that stop me dead in my tracks. His action sequences are so fluid and kinetic that it’s easy to forget that you’re looking at static images. The best part of all? You can see he’s not nearly done growing as an artist and that, as amazing as his output has been so far, it’s only going to get better. I really think that the work he’s put in on these titles is setting him up for even bigger work in 2014.