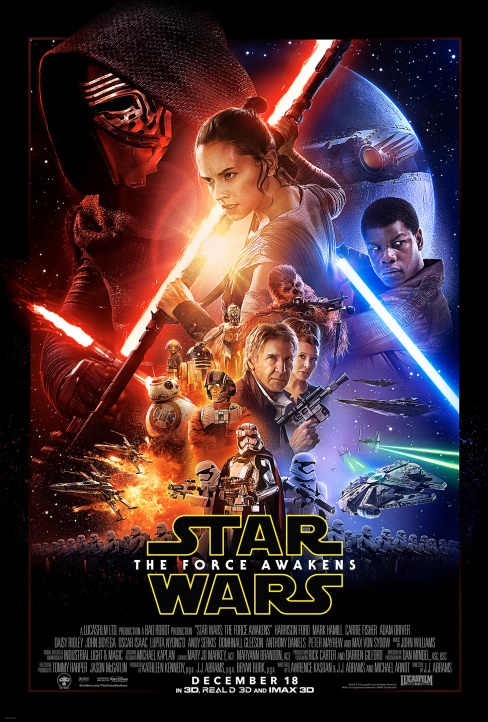 Like everything in life, the subjects of my intense fandom sometimes waver. There was a good 5 years when I didn’t pick up a single comic; my love of baseball waned during my high school years considerably; certain bands that I love I haven’t played their records in years. These are just the way things go sometimes, where something turns you off, or something new turns you on, and you wind up ignoring something that ultimately is quite important to you.

The past decade and a half, that neglected love was Star Wars.

That’s not to say I didn’t think about the films, or read some of the comics, or bitch about the prequels to anyone in shouting distance – I did all of those things, but the Saga didn’t engulf my thoughts the way it did when I was a kid. Blame the prequels, blame my lack of interest in most gaming, blame having a kid, whatever – Star Wars wasn’t at the forefront of my brain anymore.

But then, the day after Thanksgiving of last year, the force awoke in me. And I was back, baby.

From the first teaser trailer for The Force Awakens, I was hooked. The imagery, the music, the tone – it all reminded me of the things that I loved about Star Wars as a kid, and all reflected the things that have stuck with me in my fandom over the past thirty years. It was not simply nostalgia, though – seeing Mark Hamill grow a grey beard was a reminder of how much I, too, have changed since Return of the Jedi. It made me recognize that Star Wars, though dormant in my fandom for most of my adulthood, was just as indelible a part of me as Superman, or the Beatles, or Back to the Future.

The rediscovery of this fandom swept me up over and over again all year. Whether that meant going from reading zero Star Wars comics to reading them all, or becoming a person with a theory on the best prequels fan edit (The Blackened Mantle), or starting a podcast about the Saga, I was thinking about a galaxy far, far away an awful lot.

But more than anything else, the anticipation of The Force Awakens did something even more important: it got me excited. And not in my jaded, journalistic way – I was as excited about this as I have been for any piece of media in 16 years. Specifically, since George Lucas broke my heart with The Phantom Menace. Obviously, many events in my real life have been more euphoric than when the opening theme burst out of the theater speakers last Thursday, but not many events in my fandom. This felt like an accomplishment – sure, we knew the movie was coming, but it was actually here.

I’ve always been a guy who loves legacy and generations in my media – it is why I love the Teen Titans so much – and so Star Wars doubling down on the family and shifting roles in The Force Awakens was almost scientifically engineered to get me to smile. And smile I did.

I hope that Star Wars continues to chip away some of the bullshit in my life, and forces me to be childlike in the face of my loves more often. There’s nothing wrong with getting a few (or, you know, many) tears in your eye when watching a movie about fictional samurais with laser swords. Nothing at all.

What Were Your Comic Highlights of 2015? [Reader Poll]

We are beginning to wrap up our coverage for 2015 (don’t worry – we aren’t shutting down for the rest of 2015, but simply slowing down during the holidays), and you’ve heard both us – as well as some of our creator pals – talk about their year in comics. But that’s not enough – […]